Fathom's in-house Singapore expert Becky Cheang tells us how to make a break for it — by land, sea, or air.

SINGAPORE – The island of the city-state-country is small, like smaller than the five boroughs of NYC small. But it's mighty well connected. There's a world-class airport, three major ferry terminals, and two expressways that connect to the Malaysian peninsula. Most of Southeast Asia is less than a three-hour flight away. 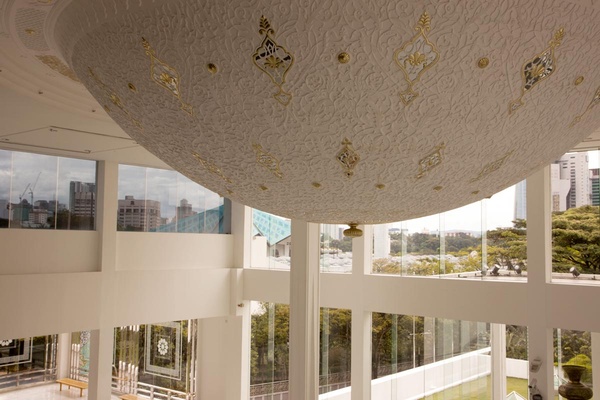 The inverted dome inside the Islamic Art Museum. Photo by Shafraz Nasser / Flickr

If you're in the mood for: history, food, and a bit of hiking on the side.

Route to take: Leave Singapore on the Tuas expressway for an easy four-hour drive through Malaysia on the North-South (E2) highway.

Your agenda: The colonial-era Hotel Majestic is filled with 1930s details and city skyline views. Drop by the historic railway station just opposite the hotel, then take a walk in the Lake Garden Park and duck in to the beautiful Islamic Arts Museum. Catch a Sunday matinee performance of the Malaysian Philharmonic Orchestra at the Patronas Twin Towers. Grab a late dinner from a roadside stall along the famous food street, Jalan Alor. With KL-style Hokkien mee, curry laksa, prawn noodles, and char siew rice — you can't go wrong.

Avoid the Sunday blues: Take a half-day trip to the limestone caverns of the Batu Caves and climb 272 steps for a magnificent view. 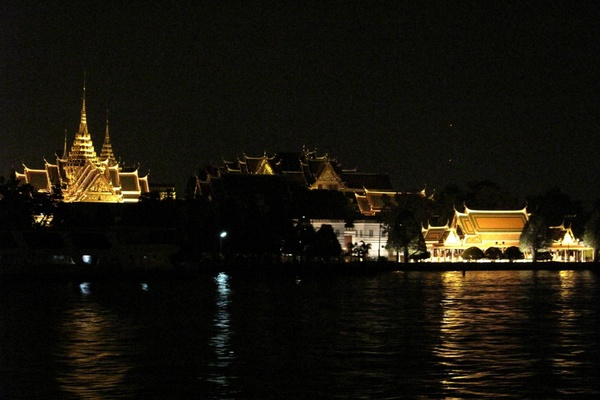 The Grand Palace by night as seen from Chao Phraya. Photo by patchtok / Flickr

If you're in the mood for: a frenzied mix of shopping, food, and pumping nightlife amidst old-world traditions.

Route to take: Hop on a two-and-a-half-hour plane ride (for less than S$150) from Singapore's Changi Airport (SIN) to Bangkok's Suvarnabhumi Airport (BKK).

Your agenda: Stay at the centrally located Metropolitan Bangkok and have a meal at the hotel's restaurant, Nahm, where David Thompson impresses with his take on Thai cuisine. Spend a morning navigating the always-crowded Chatuchak weekend market, recharge with coconut ice-cream served on the half shell. Skip the long lines to get into the Grand Palace, opting instead for an evening boat ride along Chao Phraya river. Go for a late-night snack at the Thong Lor Night Market on Sukhumvit Soi 38, and end the night with cocktails and art at WTF.

Avoid the Sunday blues: Brave a traditional Thai massage; your body will thank you weeks after you return home. Siri on Sukhumvit 22 gives the best foot rub in town. 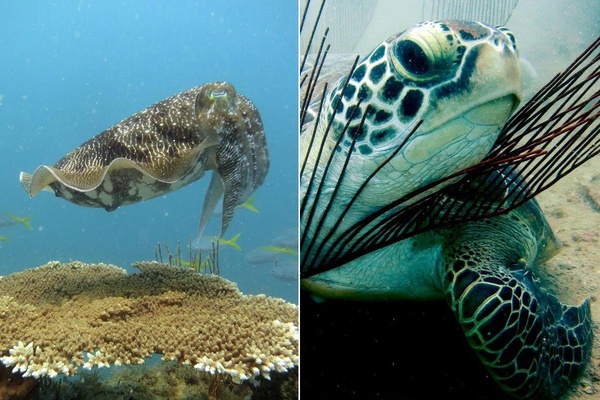 Marine life around the island. Photos courtesy of Nikoi Island.

If you're in the mood for: going off the grid and spending all day on the private island.

Route to take: Take a one-hour ferry from Singapore's Tanah Merah ferry terminal to Bintan, and then transfer to another jetty where a private speedboat gets you to Nikoi in fifteen minutes.

Your agenda: On Nikoi Island, you'll be surrounded by crystal clear waters, white sand beaches, and healthy coral reefs. If you feel the need to exert yourself, go rock climbing at the north end of the island, learn how to sail in the South China Sea, or snorkel off a nearby island to spot turtles, stingrays, and cuttlefish. Because all fifteen villas are located on the west side of the island, expect great sunset views over dinner.

Avoid the Sunday blues: If you get bored having an island all to yourself, take a half-day trip to nearby Bintan. The Banyan Tree Temple has a beautiful sculpture garden that's worth a stroll.