Forget what you think you know about ice cream. Argentina, the birthplace of dulce de leche, does it best, and with summer heating up in the Southern Hemisphere, it’s all about helado in Buenos Aires. Glutton Guide Buenos Aires writer Caitlin McCann gave us a list of the top heladerías.

BUENOS AIRES – With over 2,000 heladerías, Buenos Aires is a paradise for ice cream lovers. There's one on just about every corner that is open well into the night and has dozens of flavors to choose from. For BA residents, it's perfectly acceptable, encouraged even, to stop for un heladito (a "little" ice cream) at any time and eat it by the cone or the kilo. Most heladerías divide their menus into chocolates, creams, fruits, and dulce de leches (yes, they get their own section), and introduce new flavors every year. Note: when ordering, queue up at the register first and pay for your chosen size, then give the scooper your ticket and order the flavors at the counter.

Cadore
Av. Corrientes 1696, Centro, +54-11-4374-3688
This iconic family-run outfit has been open in the city center since 1957. They brought their recipes from Italy, so try their chocolate italiano (chocolate with hazelnuts).

Chungo
Humboldt 1906, Palermo, +54-0800-888-2486
A small chain with a large selection of creams and fruit flavors. They are also the makers of the ingenious Toddylatto ice cream cookie sandwich, made with chocolate chip cookies from local brand Toddy.

Freddo
Armenia 1618, Palermo, +54-0810-3337-3336
Freddo's black, white, and blue logo is part of the porteño landscape, with over 150 locales in BA and beyond. Opened in 1969, they are the largest chain and their name is practically synonymous with ice cream. They have a huge offering of flavors as well as sundaes, smoothies, blended drinks, and more. Try classics like DDL (dulce de leche) to see what all the fuss is about. 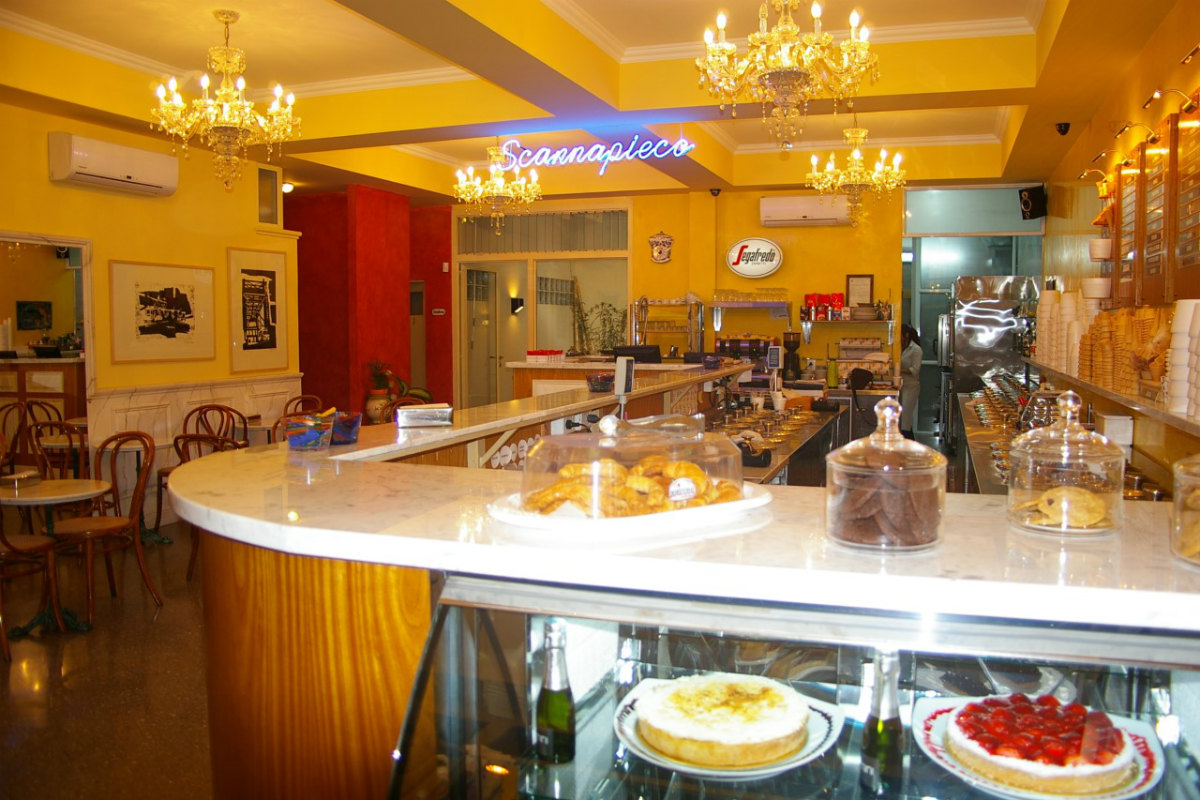 Heladería Scannapieco
Av. Álvarez Thomas 10, Palermo, +54-11-4777-3528
This classic spot was founded in 1938 by Italian immigrants. It recently closed for a year, but when the no-frills spot reopened, not much had changed. It's still old-school and fabulous.

Jauja
Cerviño 3901, Palermo, +54-11-4801-8126
A small artisanal chain with all the classic flavors as well as an interesting seasonal selection of Patagonian berries and novel choices like limonginbre, a combo of lemon juice and candied ginger. 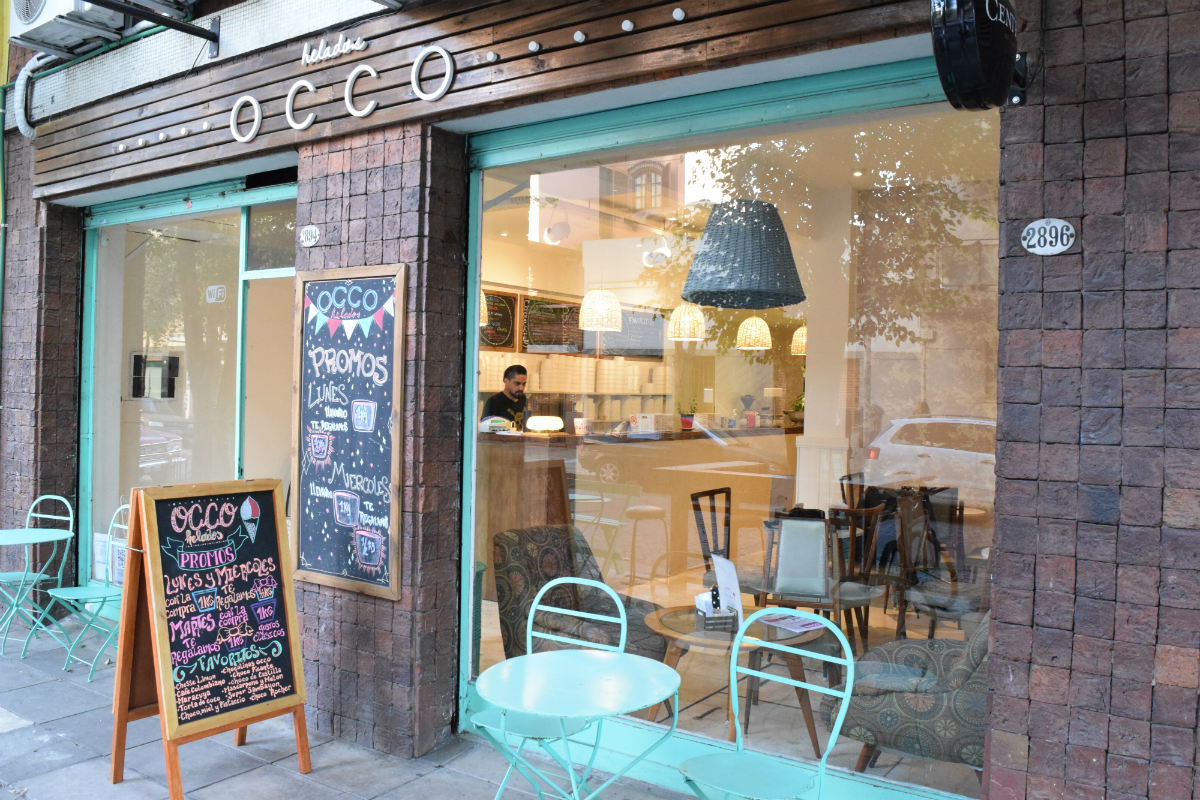 Grab a seat outside at one of Occo's café tables. Photo courtesy of Occo.

OCCO Helados
Dorrego 1581, Palermo, +54-11-4777-9302
Expect new twists on old classics in this teal-hued heladería. Fan favorites include the cheeselimon or coconut with dulce de leche and bananas. Seating is limited, so it's best to grab one of the chairs on the sidewalk. Palermo is a great neighborhood for people-watching with a gelato in hand.

Persicco
Quintana 595, Recoleta, +54-0810-333-7377
After an investment group purchased Freddo, the original family opened Persicco in 2001, which some claim is even better; it has already expanded to over 20 locations. Try one of their inventions like chocuquinna, their take on a traditional birthday cake, or the dulce de leche with cream cheese and chocolate chunks.

Tufic
Guatemala 4597, Palermo, +54-11-4833-0375.
This Palermo Soho favorite has a cult following that loves indulgent choices like Kindovo (cream with pieces of Kinder egg) and chocolate with chunks of Ferrero Rocher.

Un'Altra Volta
Libertador 3060, Palermo, +54-11-1088-8622
Commonly known as Volta, this local artisanal chain has a modern, sleek aesthetic. Try a combo of any of the classics like DDL, some version of chocolate, and crema americana (American cream).