Jamie Barys and Kyle Long, co-founders of UnTour Food Tours in Shanghai and Beijing, never disappoint us with their suggestions for where to get the most delicious and authentic cuisine in China's big cities. Here they are with some of their favorite hotpots in Beijing and a little history behind the classic meal.

BEIJING, China – There's one dish in Beijing that gets all the glory — Peking duck. But there's another culinary tradition that's even more embedded in daily food culture — the hotpot. While it doesn't require the level of culinary technique needed to crisp up a duck skin to perfection, the hotpot's long history in the capital is worth a little exploration.

The cooking method originated in Mongolia where, legend has it, warriors used their helmets as makeshift pots, boiling strips of horse and lamb meat over campfires to sustain themselves as they made their way south to breach the Great Wall. The hotpot cooking technique spread to Southern China during the Song Dynasty (960-1271 AD), and when Kublai Khan and the Mongols successfully overthrew the Song in 1271 to create the Yuan Dynasty, hotpot officially took hold, especially in Northern China.

Later, in the Qing Dynasty (1644-1912 AD), regional variations sprung up around the country: spicy mala Sichuan-style with mouth-numbing peppercorns; Cantonese-style featuring the abundance of seafood from the South China Sea. 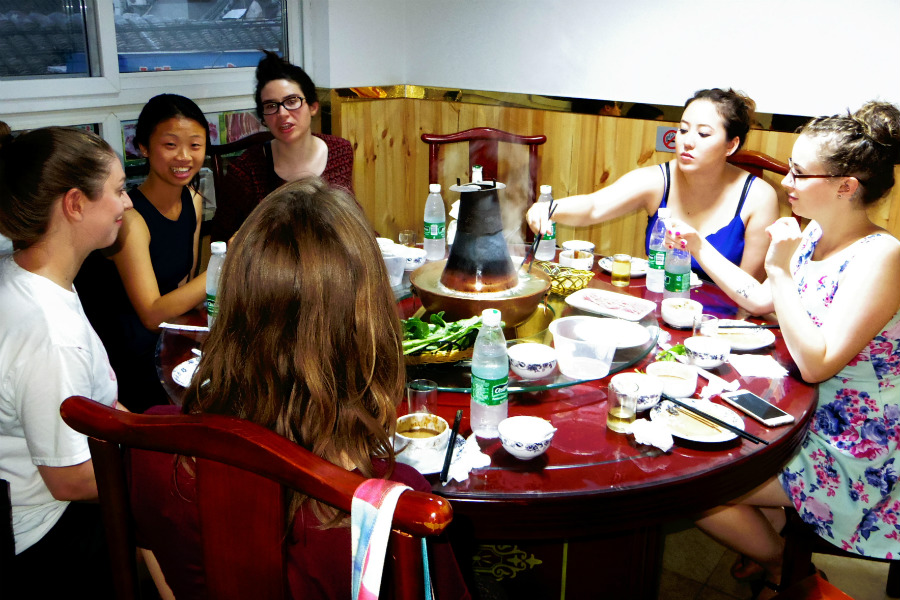 The hotpot is the ultimate group meal.

In Beijing, the most popular style is shuàn yángròu (涮羊肉), which translates to "dip boil mutton" but is sometimes called "instant boil mutton" or "Mongolian firepot." Legend has it that the O.G. hotpot was created by Kublai Khan's personal cook. During a particularly fierce battle, Khan had a craving for mutton, but with the enemy's troops approaching, the chef had no time to stew large chunks of meat. Instead he thinly sliced a cut of mutton, and dropped the pieces in boiling water. As soon as the meat lost its pink color, he pulled the slices out of the water and served them. After winning the battle, Kublai Khan threw a victory party that included "dip boil" mutton for all the victors. The dish became a staple.

Served in a "steamboat," this traditional hotpot is heated with coal inside a brass vessel. The occasional spark flies out of the top, so be careful. In the "Mongolian Firepot" style, there is no heavily-flavored broth, it's just water accented with a bit of seaweed, ginger, jujubes, leeks, goji berries, and maybe dried shrimp. The flavor is all in the freshness of the ingredients and the sauce on the side, made of sesame paste, tianmianjiang (甜面酱), and fǔrǔ（腐乳) — fermented beancurd condiment — arguably the most addictive part of this meal. Do not skimp. 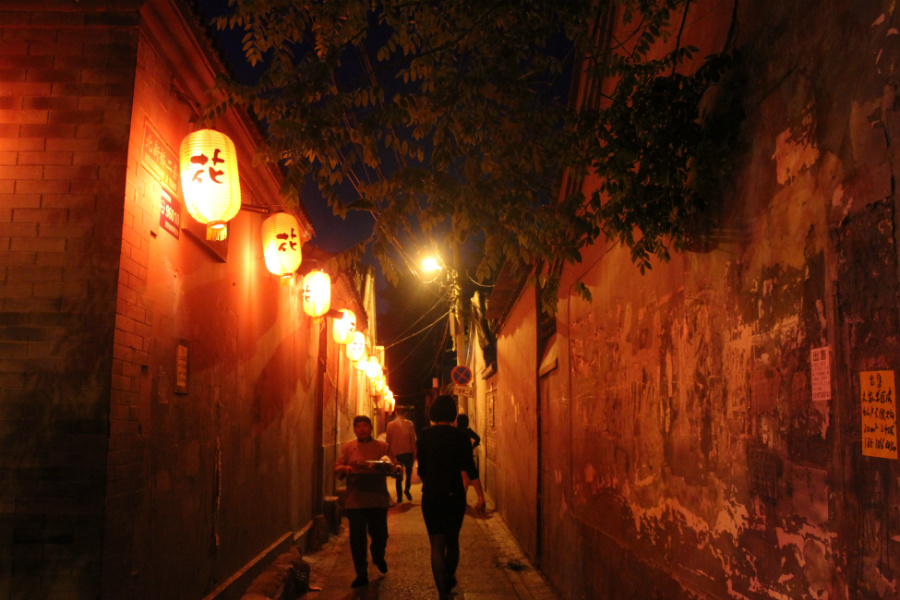 A traditional hutong neighborhood in Beijing.

Two of our favorite stops can be found near each other in an area of Beijing that is currently most in danger of becoming gentrified or redeveloped altogether. Much charm remains, but time will tell if economic or government forces will mar the traditional hutong neighborhood irreparably, so go while you can.