If you love to travel, you find a way. Start with the ears: We've rounded up our favorite podcast episodes and organized them according to travel personalities.

Podcast: A Way to Go (ahem, our podcast)
Episode: "Transforming Locals into Stars, with Harsha Chanrai"
Here's the scenario: A luxury resort hotel moves into a destination that has never had one before. Hey now, great! So exciting! But hang on — who will run this place, from bar orders at the pool to the reservations for spring break? And ensure that locals embrace the joint and its impact on their home turf? Harsha Chanrai's innovative travel non-profit, Saira Hospitality, finds and trains the talent that ensures that luxury hotels in beautiful spots make headlines around the world and keep the travelers coming.

Podcast: The Tim Ferriss Show
Episode: "The Art of Hospitality: An Interview with Entrepreneur and Hotelier Liz Lambert"
At the intersection of elegance and rock-n-roll, Liz Lambert creates fresh and desirable hotel experiences for a thriving community of nomads in Texas and beyond. Listen as Tim Ferriss digs into Lambert's history, great gut instincts, and the documentary she made about her first foray into hospitality — running a fleabag motel conversion on a seedy street in Austin (now considered the quintessential Austin hotel). These days, the lauded industry vet has a wildly successful hospitality company and a lot of good stories to share.

Podcast: Masters of Scale
Episode: "Handcrafted" with Brian Chesky of Airbnb
At this point in time, it's crazy to think of the world without Airbnb and its unique, home-y, adventurous alternatives to traditional hotel stays. This hour-long podcast showcases the co-founder's wild and eccentric company origin story and futuristic ideas. It's about travel, but it's also about problem solving, delivering service, and scaling businesses by working backwards and building everything by hand.

Podcast: Inappropriate Traveler
Episode: "Afrika America makes Flying a Drag (In a Good Way)"
Everyone has that travel story. Too much tequila on spring break, losing a shoe clubbing in Barcelona, and the blurry list goes on. Host Spud Hilton discusses the side of travel that we typically only tell our best friends, like hangovers, nights out and disastrous travel scenarios. On this episode, drag performer and flight attendant Afrika America chats about tragically oblivious passengers, why Chicago is great for cutting loose, and being a glutton in New Orleans. (Disclaimer: episode contains adult content and language).

Podcast: Radiolab
Episode: "Dark Side of the Earth"
The Radiolab hosts dial into Mission Control to talk to astronaut Mark Vande on their iPads while he's in outer space traveling at 17,000 miles an hour. They peer into the spaceship’s cupola from their screens, zooming from the Rockies to the East Coast in minutes. Vande describes the feeling of seeing these incredible images of Earth and talks about that which surprises him (i.e.: just how thin the Earth's atmosphere is). Afterwards, the Radiolab guys call NASA and listen to awesome hold music before connecting to Dave Wolf, another astronaut, who describes the pure, absolute darkness of space, and how incredible it is to go on spacewalks.

Podcast: Naked Astronomy
Episode: "Cosmic Girl: From Cornwall to California"
Space Boffins Sue Nelson and Richard Hollingham visit Virgin Orbit's LauncherOne factory floor in Long Beach, California and Sue heads to Spaceport Cornwall, where Virgin Orbit plans to launch its small satellites from a modified Boeing 747 called Cosmic Girl. Shahida Barick from SSC Space UK joins them in the studio to explain what Sweden has to offer the space industry and there’s a tribute to cosmonaut Alexei Leonov, featuring an interview with the world’s first spacewalker.

Podcast: Rough Translation
Episode: "Om Alone in India"
How are the things we talk about in the United States being talked about elsewhere in the world? Gregory Warner tells stories that follow familiar conversations into unfamiliar territory. This particular episode is about international summer solstice yoga day, something seemingly innocuous in NYC's Central Park — escalating to something else entirely (dangerous!) in India.

Podcast: The Trip: Drinking With Exceptional People Around the World
Episode: "A Life in The Commune with Tanja Fox"
Created by the late Anthony Bourdain and now hosted by business partner Nathan Thornburg, each episode breaks the seal on a bottle somewhere in the world, from Havana to the Himalayas, to talk about everything from jungle hallucinogens to Andalusian cave cooking. A great episode to start with takes a look inside Copenhagen's Christiania, the oldest squatter's commune in the world, under threat from both the narcotics trade and mass tourism. Commune resident Tanja Fox and Nathan talk politics of living in one of the world's greatest social experiments.

Podcast: New York Times
Episode: "The Jungle Prince"
A three-part New York Times investigation about the family who moved into a train station in New Delhi, claiming to be displaced Shiite Muslim royalty. They refused to leave and were eventually given a palace to call home — and promptly became a global media sensation. Was it legit? Or all a big hoax?

Podcast:Of A Kind
Episode: "Traveling and Drinking"
The founders of the storytelling-meets-fashion commerce site chatter about various travel topics in a conversational tone. They hone in on traveling, drinking, and traveling while drinking, mention some of their favorite websites (ahem!) and apps, discuss Global Entry, and rattle off a few of their essential travel products.

Podcast: A Way to Go
Episode: "Crushing a Globetrotting Goal of #12 Trips in #12 Months"
At the end of 2018, Marcy DePina — an ethnomusicologist, DJ, podcast producer, and self-admitted workaholic — realized she had forgotten to take her vacation days, even though she loves to travel. So she set out to fix that situation by taking 12 trips in 12 months in 2019. And crush that travel goal she did, ranking up 17 trips for the year. As for 2020, she's setting her ambitions even higher and planning to discover more remote destinations. Here’s how she did it.

Podcast: Zero to Travel
Episode: "Transition to Travel: Before and After"
For those with insatiable wanderlust and travel envy, but stuck in a cubicle of modern life, this long-standing podcast by Jason Moore gives helpful tips and tricks to escape the mundane and hit the road — From hacks on cheaper flights, the best months to travel, and how to build a life as a digital nomad. This episode looks into what it takes to plan a year-long round-the-world trip and how it changed one couple's life forever. 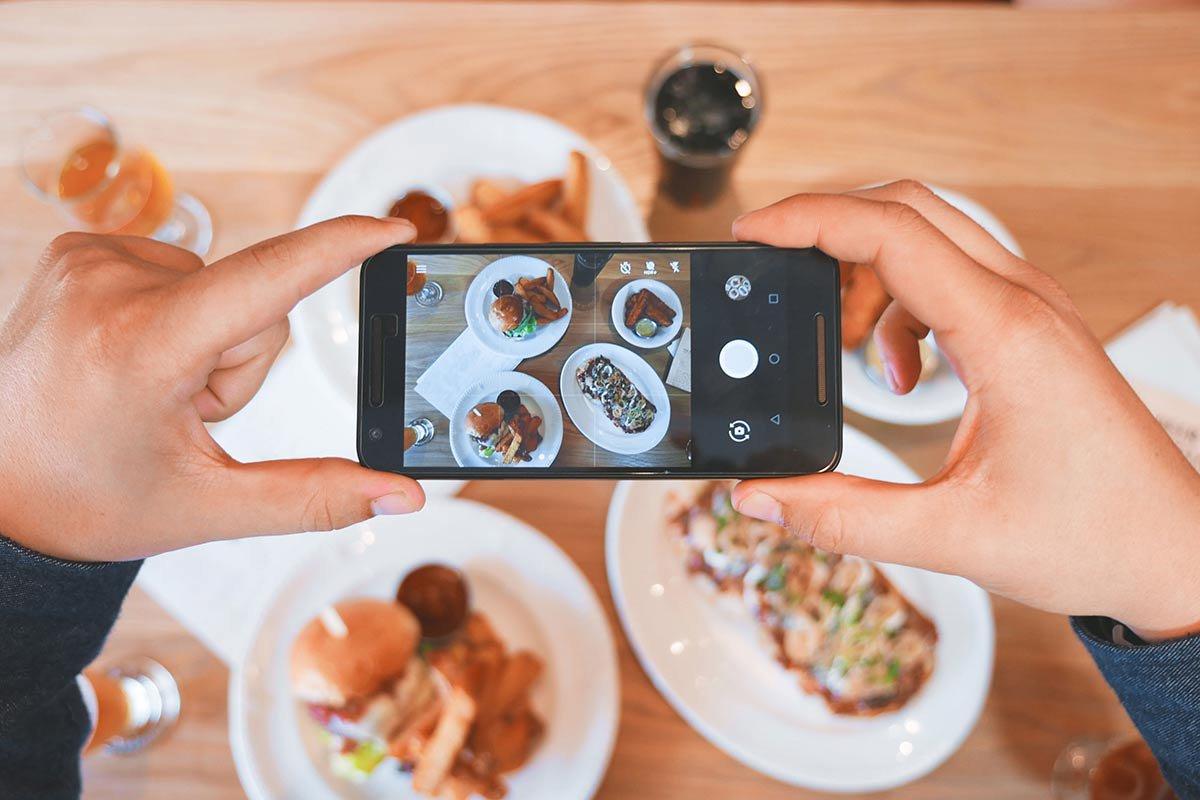 Podcast: The Splendid Table
Episode: "Eating in the Instagram Era"
In this insider look at food and identity through the lens of social media, Instant Pot/multi-cookers, and social protest, host Francis Lam looks at how restaurants prepare their food to maximize its Instagrammability. He ponders existential questions — if you didn’t take a picture of your food, did you really eat it? — and asks whether documentation is the best way to track what you eat.

Podcast: A Way to Go
Episode: "Tasting Malaysian Culture on Your Tongue, with Auria Abraham"
Homesickness can be a potent instigator. For  Auria Abraham, a.k.a. “The Sambal Lady,” founder of Auria’s Malaysian Kitchen, a longing for authentic Malaysian home cooking led her on a path to running a popular supper club and food business in Brooklyn. She recounts taking a group of Americans on a very personal food tour of her home country.

Podcast: Cherry Bombe Radio
Episode: "Sofia Coppola on Food and Film"
Sofia Coppola, the trailblazing director behind such films as The Virgin Suicides, Marie Antoinette, and Lost In Translation, and is one cool gal. She loves restaurants, recipes, and cookbooks, and even has her own signature wine collection. In this episode, she chats with host Kerry Diamond about the Francis Ford Coppola Winery, the family wine business started by her father in the 1970s, as well as her upcoming film for Apple TV+ with Bill Murray, and her favorite places to eat in New York City.

Podcast: 99% Invisible
Episode: "The Speed of Light for Building Pyramids"
The last standing of the original Seven Wonders of the World, the Great Pyramids of Giza remain an engineering phenomena of impossible odds. Steve Burrows investigates the construction of the Giza Pyramids through the eyes of a modern-day structural engineer.

Podcast: Travel Thru History
Episode: "Oslo Norway"
Every city has a story and each week this Emmy nominated television-show-turned podcast takes a deep dive into the history and attractions of cities around the world. Set sail to the land of the Norseman in Oslo, Norway to climb the fort walls at Akershus Fortress and discover the North and South Poles at the Fram Museum. Then, unearth ancient viking ship treasures at the Viking Ship Museum, and brave the open waters of the Pacific with Thor Heyerdahl at the Kon-tiki museum.

Podcast: Dolly Parton’s America
Episode: Neon Moss (no. 4)
In this incredible 10-part series about the country’s most beloved icon (it’s truly the only thing Americans can agree on), host Jad Abumrad (Radiolab) delves into Dolly’s personal, historical, cultural, and musical thinking, and the American context in which it is wrapped up. In this episode, a visit to Dolly’s actual Tennessee mountain house reminds Jad of his father’s childhood home in Lebanon, and opens up the story to global musical interludes and questions about nostalgia and the meaning of coming home.

Podcast: The Darkroom Podcast
Episode: "Influencing Travel with Tiny Atlas"
Emily Nathan of Tiny Atlas Quarterly, a photography-led magazine and creative agency, speaks to the hustle of being a full-time travel/lifestyle photographer and how she views her own work as an influential travel source for so many people.

Podcast: The Fujicast
Episode: "A Travel Photography Special in Switzerland"
You don't feed to be a Fuji camera shooter to enjoy this podcast for photo enthusiasts and camera pros alike. Each week, hosts Kevin Mullins and Neale James talk editing tips for how to improve your photography, how to approach strangers for street portraits, and build your portfolio. This episode takes you in their suitcase to Switzerland, where they meet one of Europe's most respected wedding photographers and commercial filmmaker, chat about the business of travel photography, and break down the best gear kit to bring when you're shooting en route.

Podcast: Girlboss Radio with Sophia Amoruso
Episode: "Melissa Biggs-Bradley, Founder & CEO Indagare"
The CEO of travel website and members-only travel agency speaks about her journey to turn her lifelong love of travel into a successful business and shares tips on how to travel on the cheap and how to constantly keep exploring, even if it's only within your three-block radius.

Traveler Type: With Little Ones in Tow

Podcast:: A Way to Go
Episode: "Loving Disney World, Whether You're a Kid or an Adult with Sally Kohn"
Political commentator and community organizer Sally Kohn grew up on a steady diet of Disney World visits. Though these days she spends a lot of her time talking about political division, diversity, and identity, she also builds a strong case for vacationing in The Happiest Place On Earth, and shares tips for how to make it magical.

Traveler Type: Off the Grid

Podcas: EcoLust
Episode: "12 Ways to Build a Sustainable Wardrobe"
Care about sustainable travel? Duh, we all do! And Aussie millennials Chris Minehan and Hayley Tillard have translated this passion into the podcast, EcoLust. “We want to live better – for the planet, for others, and for ourselves,” they say. So, with every episode they aim to make it easier for us all to live and travel a little more sustainably, without the eco-shame. In this episode, they discuss their struggles and triumphs of breaking up with fast fashion, and the ways to build a sustainable wardrobe. That's still chic.

Keep Your Earbuds In

Vacation for Your Ears: 8 Podcasts for the Curious Traveler
Plan Your Next Trip with These 5 Travel Podcasts