Brooklyn is a city that inspires passionate debate (who you callin' a fighter?), especially when it comes to food. Or more precisely, the debate between Old Brooklyn (immigrants and classics) and New Brooklyn (hipsters and foodies). Back in 2013, we asked our pal Josh Ozersky, Brooklynite and dearly missed food journalist, to weigh in on his favorite places to find the old in the new. True to form, Fathom editorial director Jeralyn Gerba disagrees about Spumoni Garden's pizza (she thinks the square pie is incredible). You'll have to go taste for yourself.

Over ten years as a New York food writer, seven of which I spent in Brooklyn, I went to every important food spot, old and new, that the borough afforded. Some lived up to the hype, and others were crushing disappointments. Still others fractured my faith in humanity. Still, at the end of it, I had to admit, there are some truly special places in Kings County — if you just know where to look for them.

1. Russian Style Ravioli
2716 W 15th St., Coney Island; +1-718-265-0007
My all-time favorite Russian restaurant specializes in pelmeni, the luscious Siberian meat dumplings, which you can get fried or boiled, preferably with some fresh dill and vinegar. And butter. Always butter.
While You're There: Buy bags and bags of frozen pelmeni for your freezer. You can eat them four at a time. 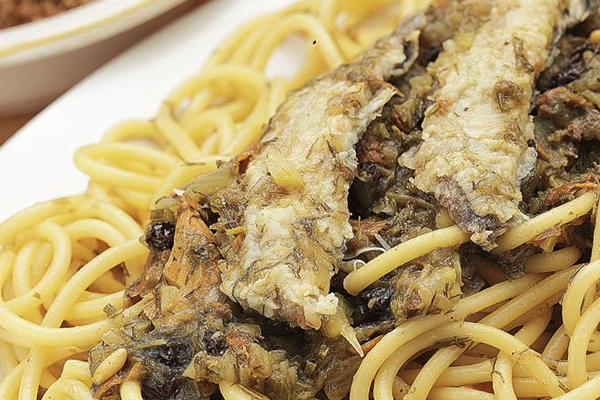 Spaghetti con sarde. Photo: Courtesy of Joe's of Avenue U.

2. Joe's of Avenue U
If you are into old-school, red-sauce restaurants, but your list stops with upscale dreadnoughts like Bamonte's, get down to Gravesend and get into some no-frills spaghetti con sarde or Italian meat loaf.
While You're There: Don't sleep on the panelle sandwich, caponata, and giant rice balls.

3. Kosher Bagel Hole
There are some very great bagels in Brooklyn, but these are by far the most old-school, dense and small and malty, and very good if you get them right away.
Best Tip: Get the bagels here but not the toppings. They aren't kidding about the "kosher" part. 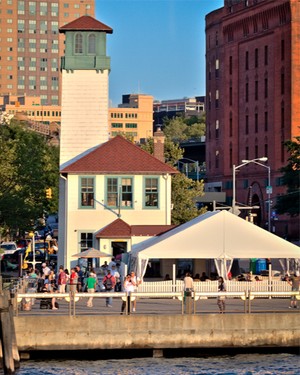 4. The River Café
One of the very greatest of all New York restaurants has been unfairly neglected in the blog era. But no restaurants so consummately embodies the best traditions of high-class New York dining that couldn't exist anywhere else.
While You're There: Go to the Brooklyn Ice Cream Factory nearby, a sister business, for dessert.

5. The Orchard
The Tiffany of produce, this Midwood storefront has the best fruits in the city by far. It's not even close.
While You're There: Get some oranges to snack on while you wait in line at Di Fara Pizza, a few blocks away. (See listing below.)

6. Jubilat Provisions
608 5th Ave., South Slope; +1-718-768-9676
One of the last great Polish pork stores, Jubilat is worthwhile just for its sausage program.
While You're There: Hit the exotic canned goods for your fallout shelter. 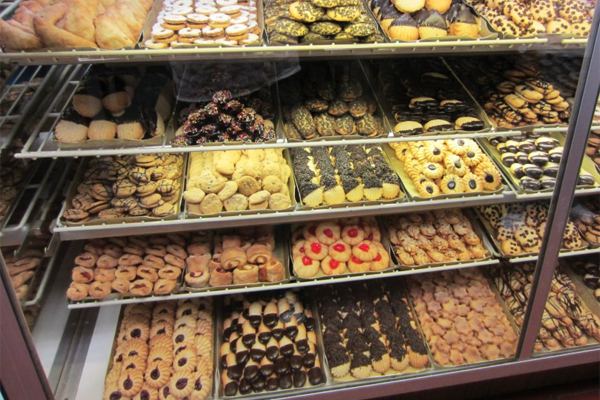 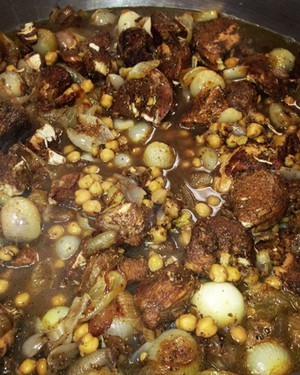 8. Tanoreen
Unlike a lot of the old foodie meccas, Tanoreen still has it — in fact, it's even better, and worth a trip to distant Bay Ridge.
Best Tip: Bring a large group. There will be many mezes and you are only one eater.

9. Luigi's
I once read a lament for Di Fara that called it a relic of the age when New York slices had personality. Well, Luigi's is from the same period, and while it's not as good as Di Fara (what is?), it's still obscure and undiscovered, with no lines of photographing foodies.
While You're There: Eat everything, and then take even more with you. It's cheap.

10. Russian Bath of NY
My favorite shvitz has a shockingly nice restaurant in the middle of it. You can actually eat a full-service restaurant meal in your wet speedo here. There's literally a pool five feet away.
Best Tip: You can arrange in advance to have a special plov dinner made out back in a giant iron wok over a barrel. Try to get this. Seriously. 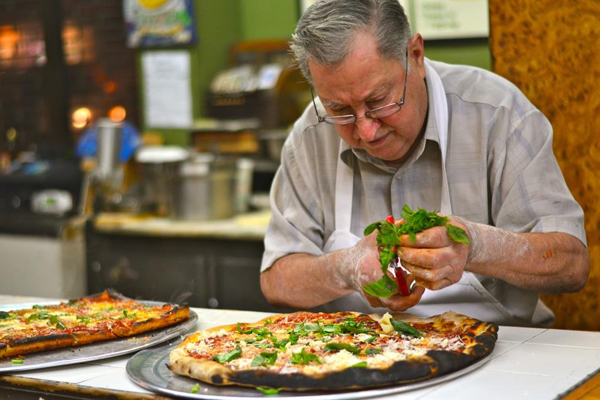 11. Di Fara Pizza
I don't believe that it's really possible to overstate just how great Di Fara is, how special, and how sublime its pizza is at its best. The throng of visitors, the endless lines, and the lack of any orderly system for getting an order make it an ordeal to visit, but then so is the Hajj to Mecca.

Old-School Indeed, Though Maybe Not Worth the Trip 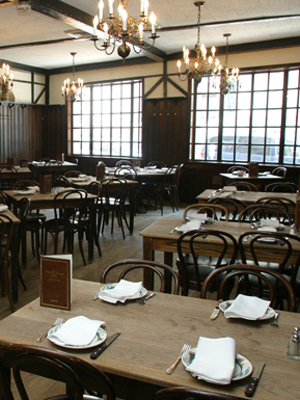 Peter Luger Steakhouse
The room feels right and the energy level is addictive, but the quality of the meat is uneven, to say the least. You should still go, but keep your food expectations in line.

Roll n Roaster
Honestly, this is just the Brooklyn version of Arby's.

Junior's
Junior's is undoubtedly a classic, but it's hard to tell it from its far-flung franchise restaurants. That said, the food is still time-warp stuff, and the egg cream set is a cool souvenir.

L&B Spumoni Gardens
Nobody seems willing to admit that the slices here are just terrible. But the sausage sandwich, braciole, and the like are all awesome, so go anyway!