INDIO, California – Since its humble beginnings in the late '90s, Coachella has become the opening bell for summer festival season, a three-day affair where rock's biggest names hold communion under the endless desert sky, surrounded by swaying palm trees. In 2012, Coachella expanded to two weekends, and it's staying that way in 2013. The lineups will be identical, although last year the second weekend's crowds were a little lighter than the first weekend's throngs.

WHO TO HEAR AND SEE

And, of course, there's the people-watching — walking around Coachella's grounds is like being in a fashion show, with festivalgoers decked out in a style that combines hippie breeziness with desert temperature-inspired minimalism. Think long, loose skirts, floppy hats, bandeau tops. (This year's New Wave bent might mean that some goth influences will creep in, although they'll likely be kept to an accessories-based minimum. After all, wearing black underneath a desert high noon isn't always comfortable.) Keep an eye out for celebs going incognito: Boldfaced names who spent last April at the Polo Grounds included Emma Watson, Usher, and Kate Bosworth. 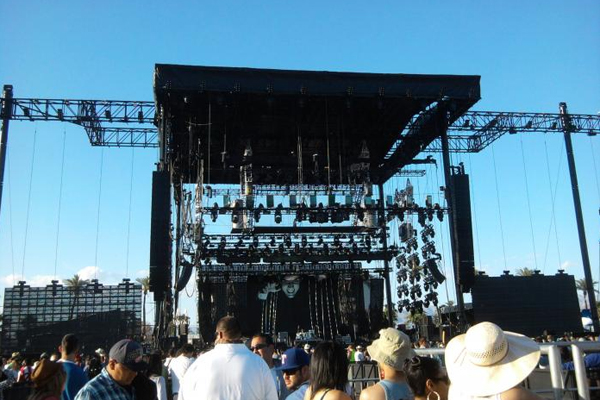 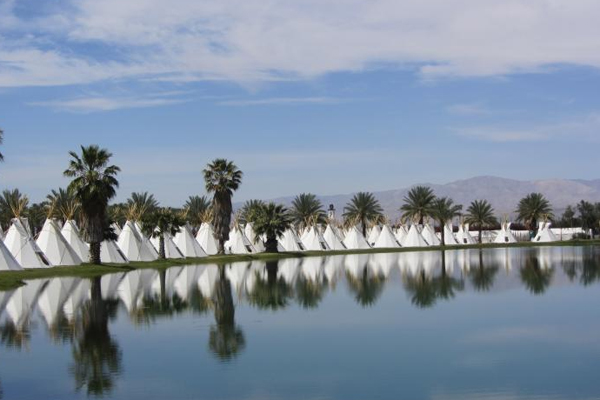 Sunscreen, breathable clothes, sunglasses, a phone charger, a non-metal water bottle (refillable at on-site water fountains)‚ and, even though it's the desert, something you can throw over your shoulders once the sun goes down. The music's 12-hour-plus span means that temperatures will fluctuate a lot‚ and that doesn't even take into account the parties, which stretch into the wee hours. Check out our Music Fest Shop for more packing inspiration.

You should probably not bring blankets, chairs, musical instruments. (The Coachella website makes particular mention of not bringing drums -- hippie chic only goes so far.)

WHAT TO LOOK OUT FOR

1. Date shakes, a delicacy particular to the desert; Palm Springs and the surrounding areas are flush with the sweet fruit, and they're absolutely delectable when blended and served with a straw. Food vendors on-site will have them, but there are also a few choice sipping spots on the way to Indio.

2. Metric, who are playing a mid-afternoon set on Friday both weekends. When I saw them in 2008, the combination of frontwoman Emily Haines's sweet vocals and her band's punky punch was great for recharging my batteries and getting ready for the long night ahead of me.

3. Outside parties, to a point. Since Coachella sprung up in 1999, other companies have tried to get in on the action, throwing swag-filled fests at hotels and other venues within driving distance (well, an hour) of the Polo Grounds. A bunch of them are invite-only. Sorry, regular folk, you only get to see the action after the paps have off-loaded their DSLRs! But Spin's Spin House poolside bash and Lacoste's Desert Pool Party are open to those members of the public willing to give up their email addresses. Be warned, though: These parties can be a bit of a time commitment, what with the area surrounding Indio being a bit far-flung and the lines having a tendency to get long. 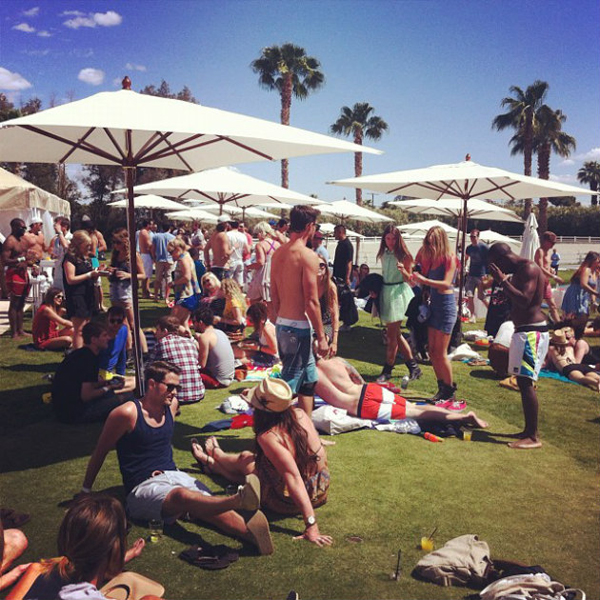 WHAT NOT TO WORRY ABOUT

Being at the center of the "action." Yes, the festival has grown into its own cottage industry, with tickets selling out less than 24 hours after they go on sale and sponsored parties popping up around the periphery. But there's a lot to take in, and going at your own pace for 72 hours is more than okay. Given that there are six stages' worth of bands and tons of art on-site, not to mention a record store operated by the west coast music outpost Zia Record Exchange, a speakeasy, and food trucks (including the legendary Kogi), finding an experience that's way more satisfying than a VIP glimpse won't be much of a problem.

Ace Hotel & Swim Club Palm Springs is a renovated old-school motel with an on-site spa, a sparkling pool, and a location near downtown Palm Springs. It still has a couple of rooms left for people who want to extend their stay by a day or two, and who can't let go of their memories yet. Its Desert Gold festival includes a pop-up record shop from Jack White's vinyl-fetishizing Third Man Records label and a karaoke night for anyone who wants to try and get on next year's bill.

What to Do in Palm Springs
Just Back From: Coachella