The first time we met Frank Laino, executive concierge at London's historic and grand The Stafford Hotel, he took us on a private tour of the Houses of Parliament. We stood at the same podium as countless prime ministers and delivered a fine speech about nothing. There's a reason Laino has been voted Best Concierge in the World four times: He knows how to unlock unforgettable moments in London. We asked him to share his keys to the city.

LONDON – I am a Londoner, born and bred in Battersea at a time when the now-gentrified area was a distant outpost south of the river. Strictly speaking, I can't call myself a cockney, as for that you have to be born within hearing distance of the bells of Bow Church.

Having lived in the city all my life, I've seen so many things change. A few for the worse: Covent Garden used to be a proper fruit and vegetable market in the heart of the West End, Kings Road used to be the epicenter of punk cool in the 1960s, and you used to be able to stroll straight into Centre Court at Wimbledon.

That said, I've also seen London grow into an incredible city with much to see and do. Sure, you can enjoy the tourist sights like Westminster Abbey, The Tower of London, St. Paul's, and Buck House, but I prefer the real London that locals know. 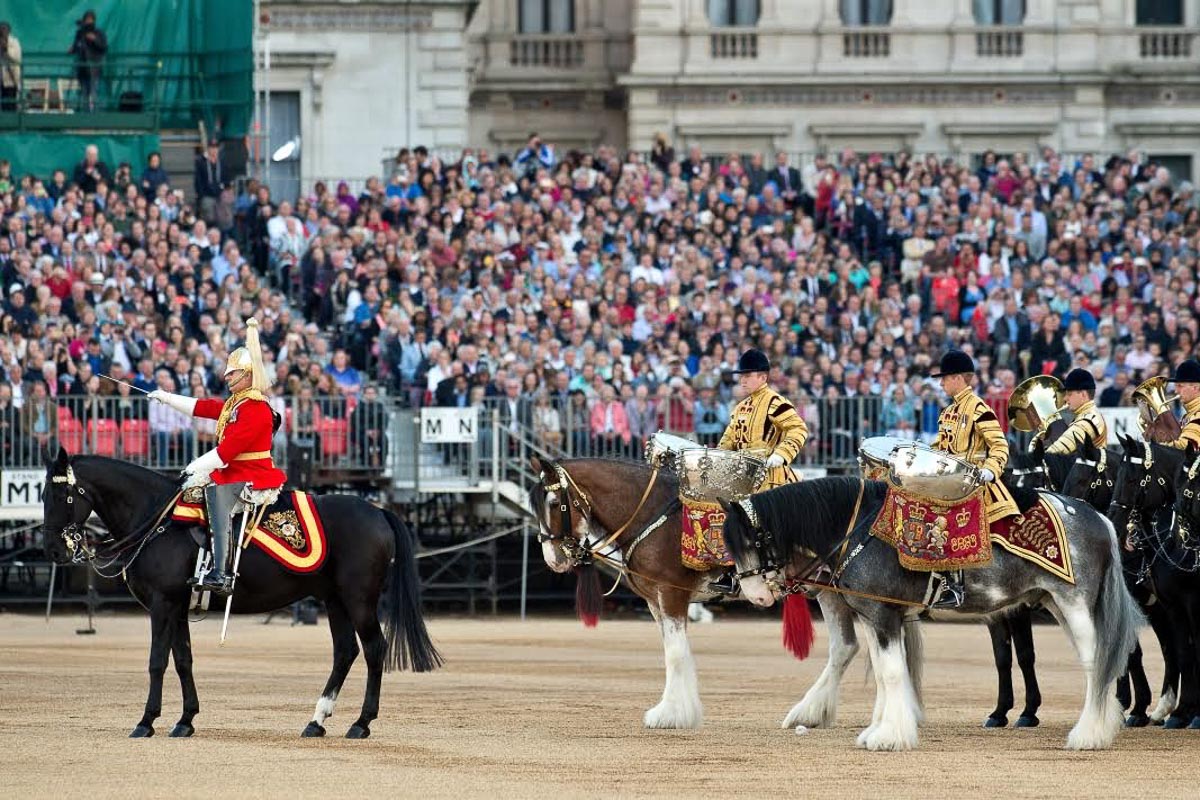 Grab your binoculars. Here's yet another British tradition we don't understand. Photo courtesy of The Household Division.

Pomp and Pageantry: The Ceremonial Events

You'd think that most visitors to London would know all about the regular state, royal, and military ceremonies that occur throughout the year, but aside from Trooping the Colour (also known as the Queen's Birthday Parade), many ceremonial events are under the radar. Among the best are two full-scale rehearsals in the weeks leading up to the Trooping, as well as Beating Retreat, Royal Gun Salutes, and The State Opening of Parliament.

Insider tip: Book tickets ahead of time for Trooping rehearsals.

Legal London: The Inns of Court

The four Inns of Court in central London — Inner Temple, Middle Temple, Lincoln's Inn, and Gray's Inn — are as beautiful and historic as many of the Oxford and Cambridge colleges, but far less crowded. All four are still the main workplaces for a large number of barristers, but you can wander freely through the outdoor areas.

Insider tip: Picnics are permitted on weekdays in the spacious gardens of Gray's Inn. 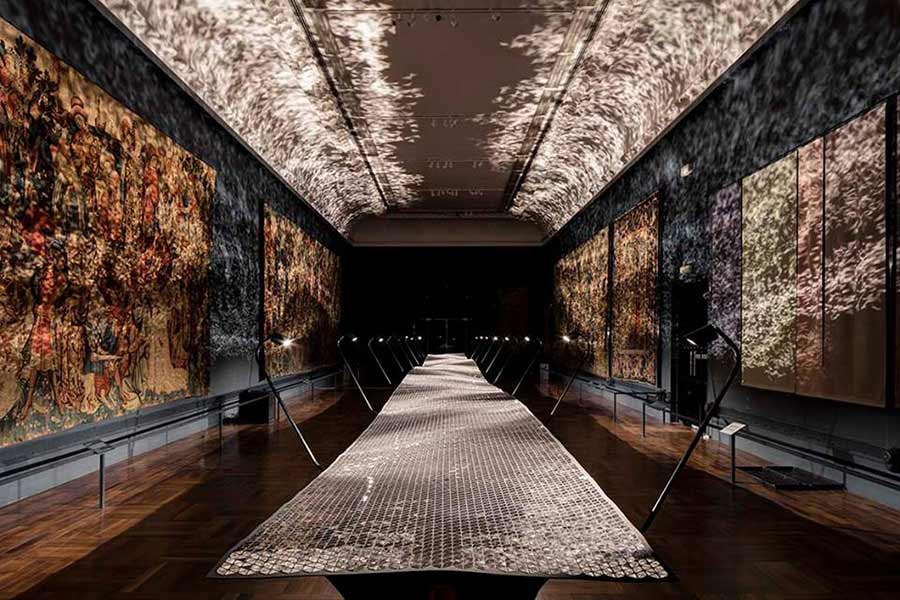 Real Londoners are very fond of these, as they're the way to avoid daytime and weekend crowds. Spend Friday nights at The British Museum (open until 8:30 p.m.), National Gallery (until 9 p.m.), and V&A (until 10 p.m.) for exhibitions, lectures, debates, film screenings, and more. My favorites are The Royal Academy of Arts (Fridays and Saturdays until 9:30 p.m.) and The Tate Modern (Fridays and Saturdays until 10 p.m.).

Insider tip: The restaurant at Tate serves until late and has fantastic views of the river.

The biggest change to London in my lifetime has been the explosion of restaurants into the vibrant and eclectic culinary scene you see today. When I want to have a lost afternoon with friends, I go to Smithfield Market in East London to the original outpost of St. John, the old smokehouse where trendsetting chef Fergus Henderson popularized nose-to-tail dining. The restaurant is totally unassuming, authentic, and packed with locals. 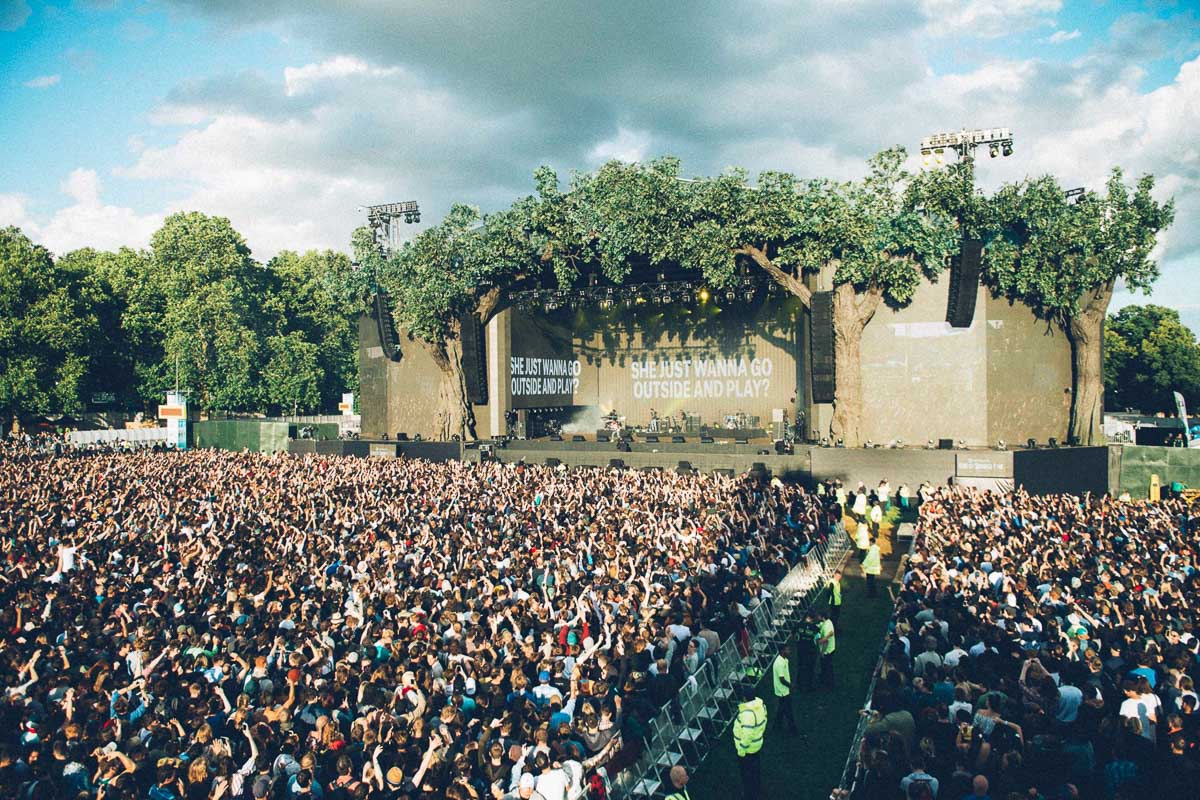 Rock out in the middle of Hyde Park. Photo courtesy of British Summertime.

I have always loved London's great railway stations, and the beautifully restored Victorian architecture of St. Pancras is the best. Home to Eurostar services to Paris and Brussels, the station is a hub of activity and is a destination on its own.

Insider tip: Treat yourself to a glass of bubbly at Searcys, the longest champagne bar in Europe, which has breathtaking views of the entire terminal and the stunning vaulted ceiling.

Sound Out: The Music Festivals

You don't have to decamp to the muddy countryside for the festival experience. My three summer festival picks are British Summertime in Hyde Park, Wireless in Finsbury Park, and Summer Series at Somerset House.

They say you can tell the health of a city by the number of cranes. If that's true, then London is in the pink. However, all this development results in more traffic, so the best way to get around is on foot or by public transport. Don't pay by the ride: Invest in a rechargeable Oyster card and load it with £20. If you have a non-UK credit card, you may need to top it up with a ticket agent and not at the automatic machines. And remember tube escalator rules: You walk on the left and stand on the right.

Insider tip: You can use the Oyster card on the river boat service.