Planning a trip to Cuba isn't exactly easy stuff, especially when it comes to figuring out food. What's the culinary scene like? Where should I eat? Better to ask Douglas Rodriguez of Alma de Cuba in Philadelphia, the James Beard Award-winning chef credited with reinventing Latin cuisine in the U.S. He runs culinary tours to Cuba on the regular.

CUBA – Cuba is not just a place, but a passion inspired by my Latin roots and my motivation to never stop honing my craft. I fell in love with cooking at an early age in Miami, where I was raised by my parents, both Cuban immigrants themselves. For decades, Cuba remained a remote inspiration, a faraway place I only experienced by borrowing from those who had grown up there and later fled. Then I visited, and Cuba changed my life. Now I can't stop going, and I want to share it with anyone who will travel with me.

Since 2013, I've conducted more than a dozen educational and culinary tours giving travelers a glimpse of the people of Cuba and a taste of the local cuisine. On each tour, travelers learn how to make classic dishes and visit local restaurants, village communities, and farms. Last September's eight-day trip, joined by 200 guests and ten chefs including Mike Isabella, Kevin Sbraga, and Bernie Matz, was focused on understanding Cuban culture and the challenges chefs must overcome in the region.

These trips don't just benefit the people who travel with me — they also bring new perspectives to the men and women in Cuba who are as passionate about cooking as I am. 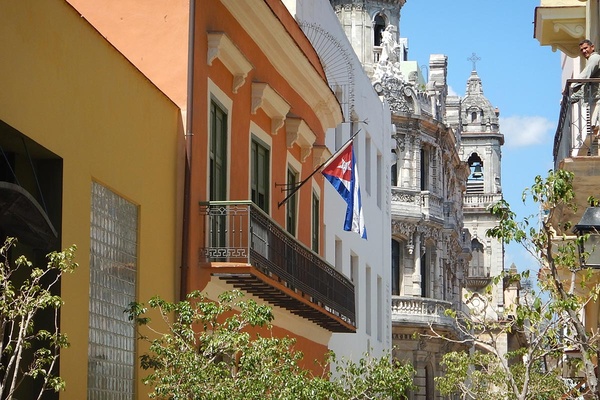 A view from Old Havana. 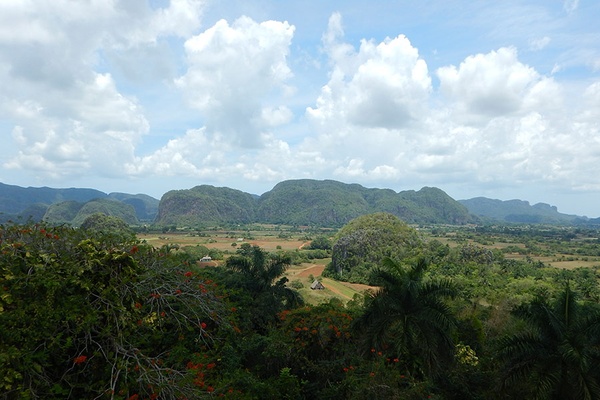 THE CUBAN FOOD SCENE ACCORDING TO CHEF RODRIGUEZ

What challenges do Cuban chefs face that American chefs do not?

I call Cuban chefs true Iron Chefs because of the challenges they endure on a daily basis. Local products like eggs, milk, coffee, and cream are limited and hard to secure on a steady basis. Kitchen tools and equipment, from can openers to potato peelers to storage containers, are usually low quality and don't last long. Then there's the possibility of power, gas, and water outages, which happen frequently, usually in the middle of shifts. And finally, it's not easy for Cuban chefs to find culinary inspiration. American chefs can go out to dinner or search the internet, but not in Cuba.

How do Cuba-U.S. relations affect the Cuban food scene?

Once chefs have the opportunity to travel, access the internet, and buy imported foods, it will be a game changer.

What restaurants would you recommend to someone visiting?

You've been credited with reimagining Cuban food in the U.S. Tell us more about your approach and how your recent travels to Cuba have influenced new dishes.

Every time I go, I'm inspired to learn how to do more with less. I cook in Cuban kitchens and appreciate and learn to be more patient. Recently, I sat with the general manager and executive chef at Alma de Cuba to discuss new menu items inspired by my journey to the isolated eastern tip of the island, Baracoa. There are many dishes from the region that have yet to make it outside the area. My exposure to them inspired many dishes currently on the menu at Alma de Cuba — like a Cuban chopped salad of baby heirloom tomatoes, green beans, avocado, radish, and fermented pineapple yogurt I learned to make in Cuba.

Tourists have access to more variety in general. It's another story with locals. For example, there are restrictions against buying lobster and many other proteins. The diet in Cuba consists of mostly rice and beans.

Where do you stay in Cuba?

My picks are Hotel Parque Central and Hotel Saratoga in Havana. There aren't too many places to stay outside of the Old City. That said, I've gone off and explored other areas like Varadero and Trinidad. In Cuba, it's not as much about the hotel as it is about the places to explore.

Is there a difference in the traveler who wants to travel with you today vs. when you first started doing these trips?

No difference. The people are mostly over 50 who love to eat and are avid world travelers.

If you had to pick one quintessential Cuban dish, what would it be?

Black beans and Cuban gravy, or mojo. Anything you put it on becomes Cuban.

What do you love best about traveling to Cuba? 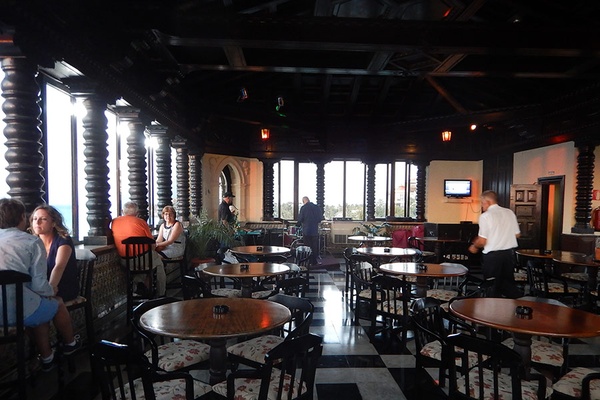 A restaurant from one of chef Rodriguez's recent trips. 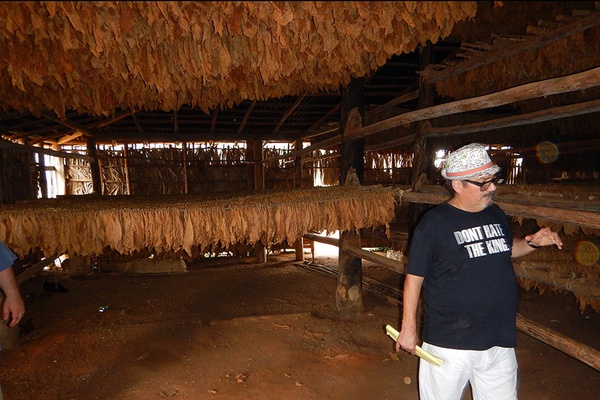 Chef Rodriguez in a tobacco bar in Viñales. 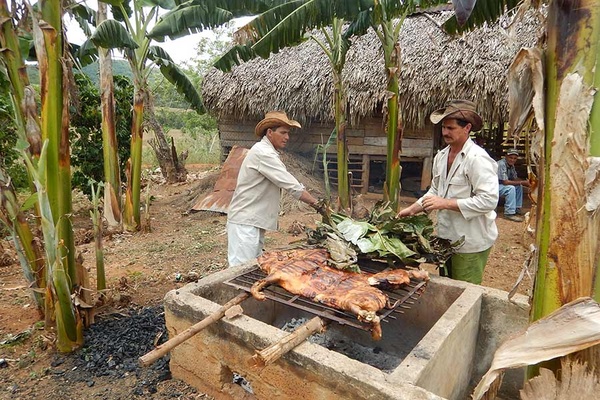 TRAVEL TO CUBA WITH CHEF RODRIGUEZ

March 25-April 1
Havana Spice and Varadero Paradise
Taste your way through the booming culinary scene in Havana, by far the most cosmopolitan of all Cuban cities, then travel to Varadero, one of the most beautiful beach resorts in the world. Highlights include a catamaran trip to a beautiful island and a ceviche class by chef Rodriguez.

December 8-15
Havana Spice and the Venice of Cuba
Take a food tour of Havana with chef Rodriguez, then take a trip to the port of Matanzas, the Venice of Cuba, for a unique and unprecedented culinary experience in one of the country's most historic and mysterious cities.

How to Travel to Cuba Now
Follow the Curator! Hot Happenings in Havana
Volunteering in Cuba: A How-To for First-Timers