Clotted cream with Turkish honey for breakfast, meaty koftas for dinner, and all the snacks in between. Try not to drool while Sheela Prakash gives the rundown of her tastiest day in Istanbul.

ISTANBUL – I recently left my life in New York to move to Italy to pursue a master's degree in Food Culture and Communications. So it's no secret that I am food-obsessed. When I moved into my tiny Italian apartment, I had a few days to settle in before classes started. But instead, I hopped on the first flight to Istanbul to kick-start my year of culinary exploration.

While I planned to see some of the city's most famous mosques, museums, and palaces, I would be lying if I didn't admit that I was most excited for was the food. Turkish food is an interesting mix of Middle Eastern, Central Asian, and Balkan cuisine. The country's cuisine is heavily regional, given its geography, but Istanbul is a melting pot of these various regional specialties. I was charmed by my eating adventures and by the Turkish passion for culinary tradition and innovation. Months later, I find myself still yearning for the flavors and dreaming about a return trip for the perfect day of Istanbul eats. It would look like this. 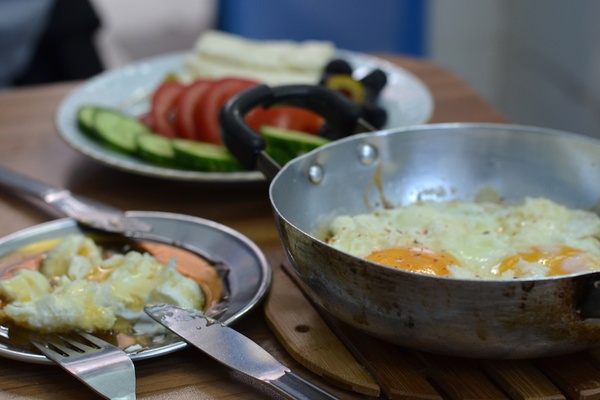 Without question, the highlight of my eating adventures in Istanbul was Kaymakçı Pando (Sinan Pasa Mah., Mumcu Bakkal Sk No:5; +90-212-258-2616). North of Taxism Square in Beşiktaş and out of the way from most public transportation, I had my hotel call an early morning taxi so I could hit the breakfast rush at this tiny shop. Pando's specialty is kaymak — clotted cream made with buffalo's milk — that is drizzled with a heavy hand of Turkish honey and served with fresh white bread and tea. If you're hungry, order the complete Turkish breakfast that includes kaymak; butter-fried eggs; and a plate of sliced tomatoes, cucumbers, olives, and white cheese. The charm is not only in the food but also in the place. The hospitality you'll feel from Pando and his wife speak volumes, even if no more than a few butchered English and Turkish words are spoken. 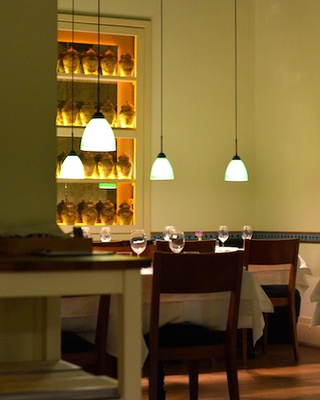 Yeni Lokanta is the newest edition to a slew of fine dining establishments focused on New Turkish cuisine popping up throughout Istanbul. Young chefs have upped the ante on traditional cooking, sourcing local and seasonal ingredients and bringing creative cooking to a city that was lacking this sort of stylish fine dining. Located in Beyoğlu, the atmosphere is clean and sleek, while the menu offers a refined twist on Turkish classics. The wine list is exciting, filled with boutique Turkish producers, and the house-made sourdough and smoked butter is dangerously addictive. The menu is made up of a variety of cold and hot meze, such as eggplant and pepper dolmas stuffed with turmeric and sultana-flecked rice and larger dishes such as sea bass poached in raki and oven-roasted chicken with chickpeas, parsley and walnuts. Book ahead.

It's hard to walk down a single block in Istanbul without being tempted by bakeries selling sticky, gooey baklava and Turkish delight. Of all the shops I gave into during my visit, Hafiz Mustafa was my favorite. It's a bit of an institution in Istanbul, with four locations dotted around the Sultanahmet and Beyoğlu neighborhoods of the city. Stop by the original location (Muradiye Caddesi, No: 25/B) for a perfect mid-day respite among the major sights. Choose from a daunting menu of countless cakes, puddings, and baklava, then linger over strongly brewed Turkish tea at one of the café tables upstairs. I practically licked the plate of my pistachio kadafi — finely shredded phylo dough filled with toasty, green pistachios and soaked in honey syrup. 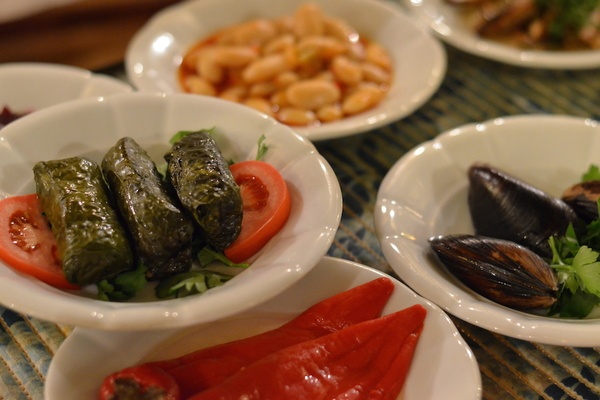 Stuffed grape leaves, mussels, and other meze at Asmali Cavit. 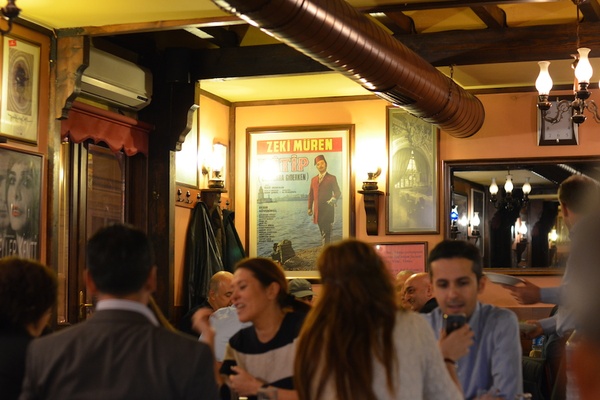 A meyhane is a traditional restaurant that serves alcohol along with a variety of meze. Think of it as the equivalent to a Spanish tapas bar or an English pub: It's where the locals hang out, drink, and graze. There are countless meyhanes in Istanbul, especially in the hip neighborhood of Beyoğlu, but Asmali Cavit (Asmali Mescit Caddesi, No: 16/D; +90-212-292-4950) is something special. It's easy to see the restaurant's popularity as soon as you walk in, as you're surrounded by long tables packed with locals. Order a bottle of raki (Turkish anise-flavored liquor) or a bottle of local wine and fill your table with whatever meze — cold and hot — are on offer that evening. I loved the crisp dolmas, citrusy black-eyed pea salad, and meaty koftas. Book ahead.