Fathom intern Xenia Fong explores New York City in search of the tastes of her homeland(s).

NEW YORK CITY – Moving around a lot as a kid abroad had its pluses and minuses. Yes, it was tough to leave behind friends, schools, family, and lifestyles, but each move gave me the chance to learn about new cultures, people, experiences, and unfamiliar foods. In retrospect, I couldn't have asked for a better childhood.

There is no such thing as "home" to me in the traditional sense; I've never had a permanent base. Instead, my idea of home is an amalgam of every city I've ever lived in, with food playing the largest role. A smell, a dish, even a single ingredient transports me across the world and back in time.

While in New York City (temporarily, of course), I'm making it my summer mission to find a restaurant representing each of the cities I once called home — Singapore, Bangkok, Los Angeles, Shanghai, and Davidson, North Carolina.

After many meals and counting, here are my little slices of home in the Big Apple. 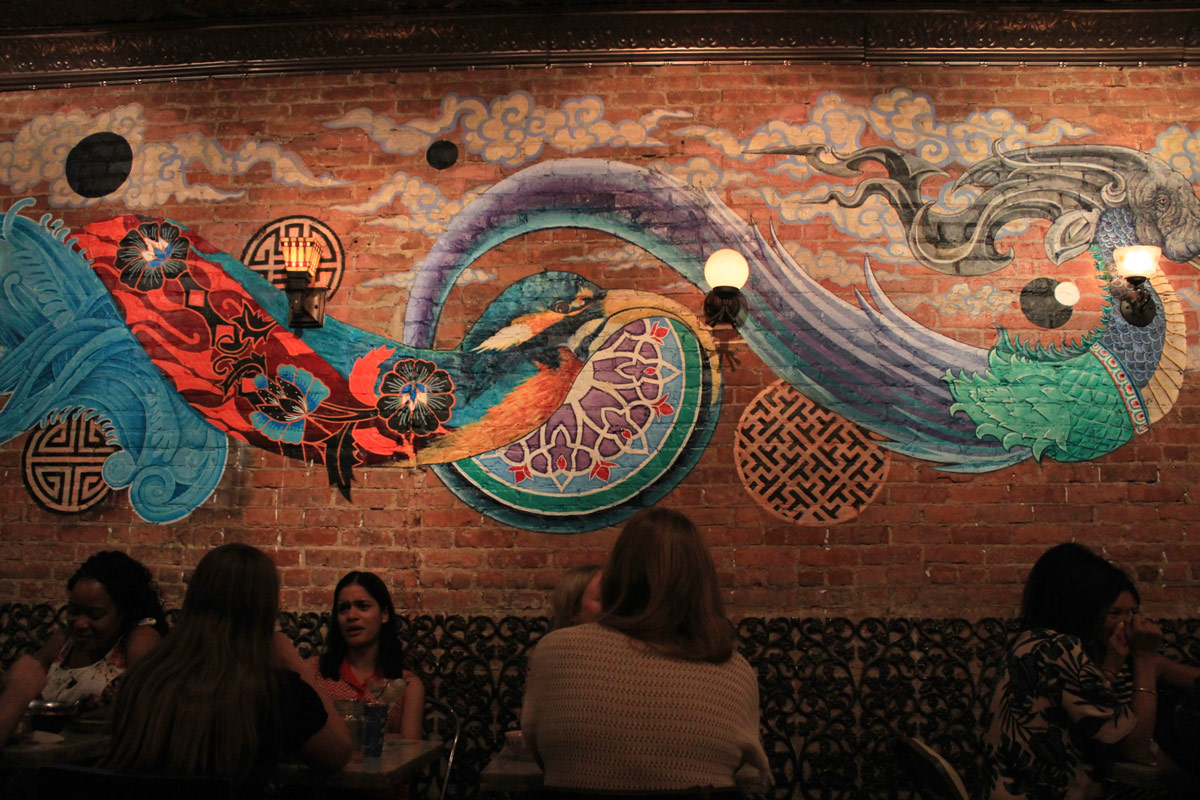 Laut
15 E. 17th St.; +212-206-8989
I spent eight years of my life in Singapore raised on Southeast Asian food. Chicken satay, char kuay teow (stir-fried rice noodles), roti paratha, laksa, pepper crab, pandan cake, and kaya toast were all staples of my childhood diet. But it's hard to find traditional Southeast Asian cuisine outside of the region. A colleague at Fathom (shout-out to Becky Cheang) recommended this Malaysian-Singaporean-Thai restaurant. I was hyped. It was packed, but turnaround was quick. Roti with spicy curry sauce took me back to the hawker stalls I used to eat at as a little girl, a big step up from the frozen version of my youth. The curry sauce was out of this world, packed with savory curry flavor and silky coconut milk. Not to be missed: tom kha soup, and smoky-savory char kuay teow. 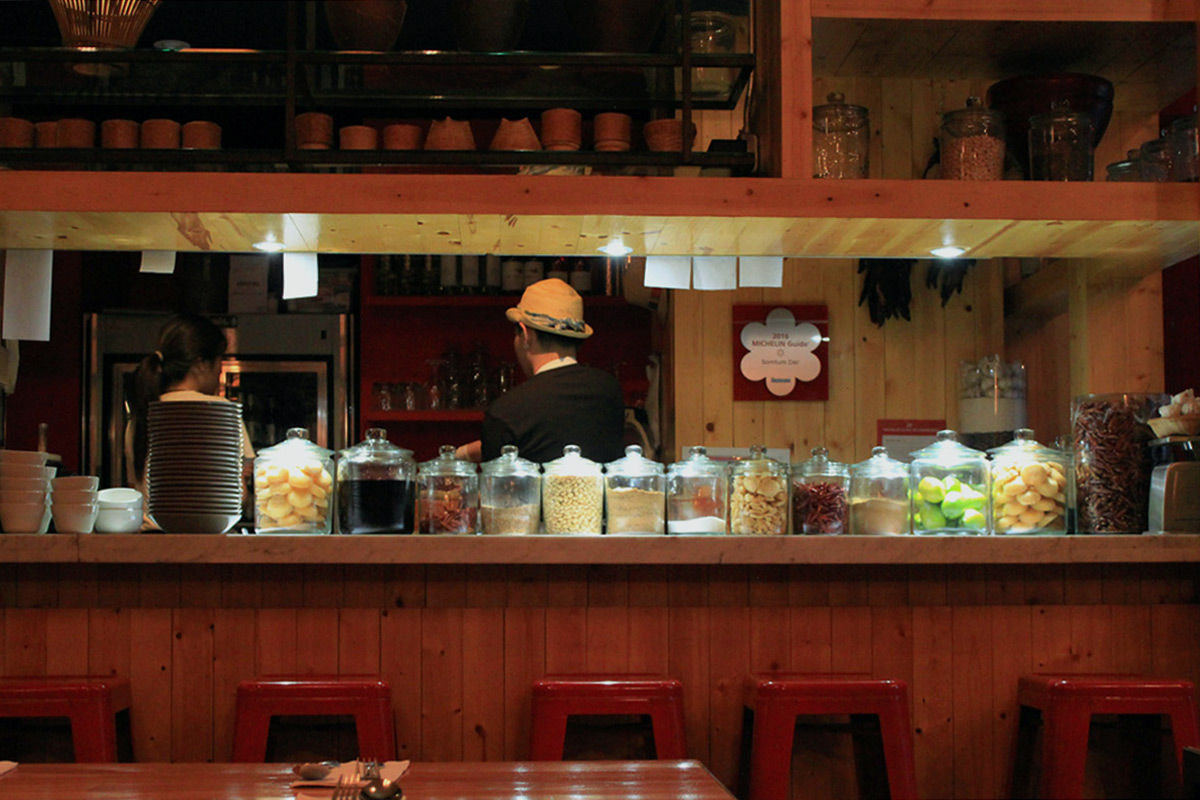 Somtum Der
85 Avenue A; +212-260-8570
After living in Singapore, I moved to Bangkok for two years. There, my love for Southeast Asian food continued to grow. Pandan chicken and mango with sticky rice were my all-time favorite dishes. If they were on a menu, I was eating them. At the time I lived in a hotel and there was a great Thai restaurant right downstairs. My family and I went so often the chefs knew our regular order. It was only when I moved out of the country that I discovered the archetypal pad Thai, which, by the way, doesn't even have Thai origins.

Which brings me to the totally authentic and unassuming Somtum Der. I'm a sucker for fat, flat rice noodles, so I ordered the Pad See Ew with tofu, a perfect mix of sweet and savory. The tofu soaked up all the sauce while still retaining its firm texture. I also loved the papaya salad — so refreshing and spicy. The grilled sticky rice was delicious — crispy on the outside, soft and sticky on the inside with a little hint of sweetness. They deliver, so take advantage if you live in the area. 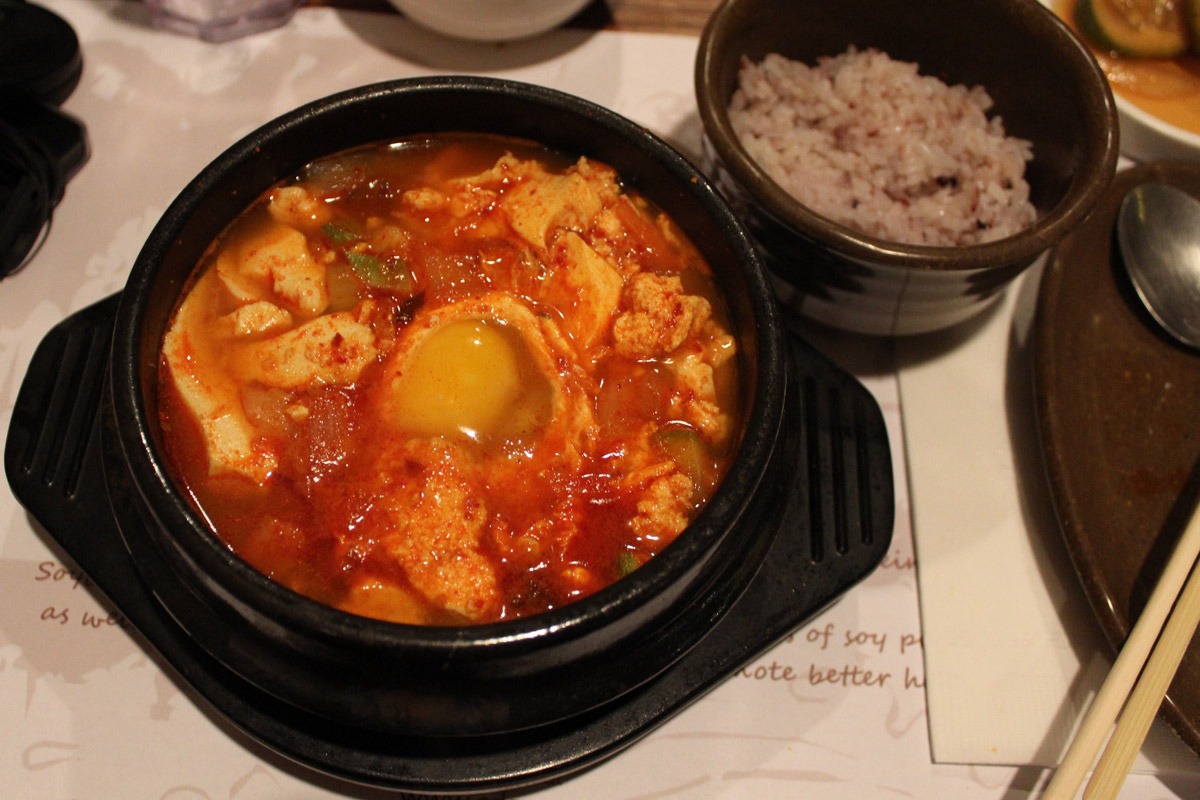 Cho Dang Gol
55 W. 35th St.; +212-695-8222
I've been exposed to Korean cuisine all my life: My mom is Korean, so we ate a lot of Korean food at home. When I lived in LA, she would always take us to Koreatown to get great food for cheap from the many food courts in the area. I feel like Korean cuisine is still on the rise in the States, but it definitely deserves to be on par with Thai and Chinese. I mean, with free panchan (a variety of Korean appetizers) at every restaurant, what's not to love?

At Cho Dang Gol, a cozy little restaurant in Midtown, I got plenty of panchan: kimchi, pickled cucumber, eggplant, bean sprouts, even light and silky homemade tofu. Tofu and vegetable stew came with a bowl of mixed purple rice. The broth was the perfect mix of spicy and flavorful, and the yolk from the raw egg added a little creaminess. My friends ordered the casserole — a huge portion of noodles, soup, veggies, and meat — perfect to split between two or three people. And I loved how, post-meal, they filled the hot stone bowl of crispy rice with barley tea — definitely something you'd see in Korea. We were given complimentary watermelon juice, which was a nice way to cap off the meal with something sweet. 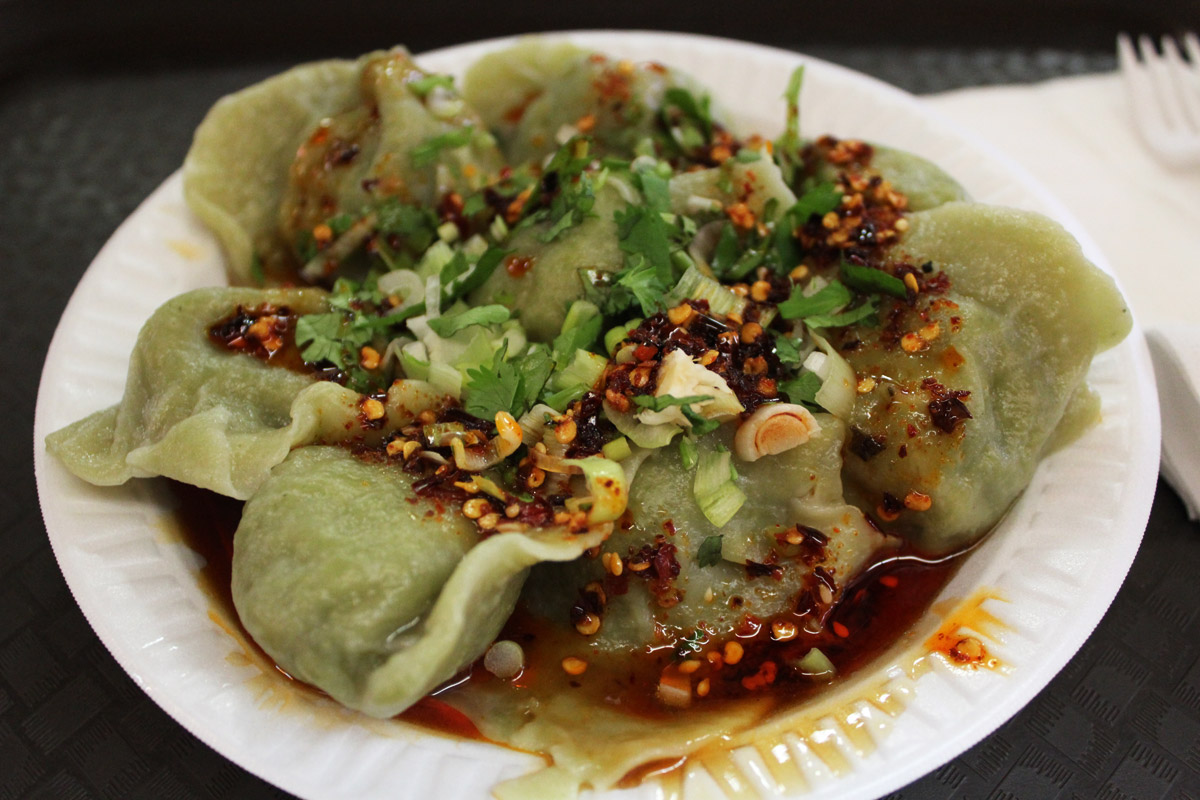 Vanessa's Dumpling House
118A Eldridge St., New York; +212-625-8008
Dim sum and dumplings are some of my favorite foods. This little shop (and its welcoming prices) made me ecstatic. I watched as dumplings and sesame pancakes were made in an open kitchen. I ordered the boiled vegetable variety with house-made chili sauce. They gave me a number on my receipt and just yelled out when the order was ready. The plate of dumplings arrived quickly, soaked in spicy chili oil goodness and topped with chopped scallions. The wrapper was a little thicker and chewier than what I'm used to, but still delicious. Good to know: You can buy a bag of frozen dumplings for late-night binges.

Melba's
300 W. 114th St., New York; +212-864-7777
In Davidson, North Carolina, my college town, I was introduced to Southern comfort food — a cuisine I had never been exposed to before. As a vegetarian, I had a hard time finding Southern comfort foods that fit my diet, but Melba's delivered mac-and-cheese and slow-cooked spinach that captured home just right. Too bad they were out of banana pudding, but candied yams made for a great dessert alternative — sweet, full of spice, with a melt-in-your-mouth quality. Next time, I'll try the roasted garlic mashed potatoes and chili onion rings.