Playing with sea lions, roaming with turtles, squawking with boobies. Tune into the vibe of the Galapagos and become one with the animals. A reader story.

GALAPAGOS ISLANDS – In crystal blue waters, I frolick with sea lions. It's a dance with twisting and turning currents, and the sea lions out-wit me every time. Their eyes open so wide the whites are almost comical through the lens of my goggles. Holding my breath, I try my best to dazzle with aquatic abilities but inevitably fall short.

Brightly colored fish stick close together until a mammalian friend ventures too close, resulting in the instantaneous scattering of one hundred little bodies.

This is the Galápagos. An archipelago so unique, so diverse in its flora and fauna, it is the living cornerstone of Darwin's theory of evolution. A place so uniquely diversified that no single island, animal, or plant goes without its own special set of characteristics.

It's accessible to visitors in a number of ways, but cruising in small ships maximizes one's exposure to each island. Forward-thinking when it comes to environmental impact, outfits like Ecoventura remain far ahead of the pack. I'm on a yacht with only 20 passengers and excursions are intimate. 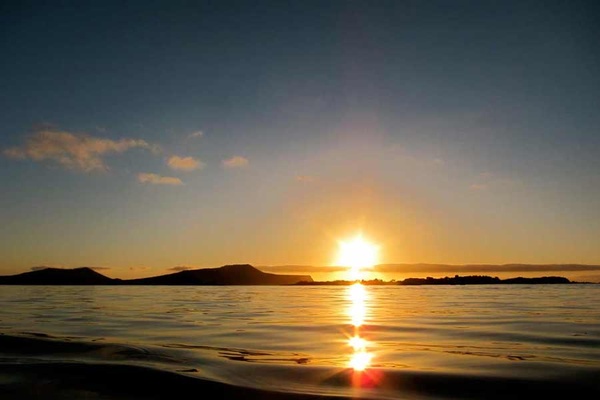 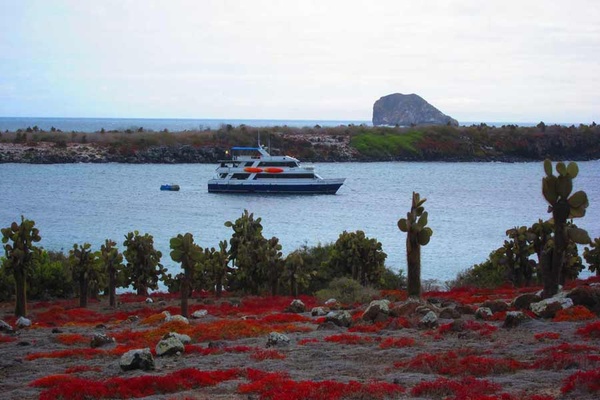 Every day, the islands hold a new set of experiences. There's snorkeling with turtles off the beaches of Española, their massive shells harboring centuries of stories. Wise eyes connect with mine below the waves as bodies float on top of the water.

Sharks take shelter on the sea floor as water fills their gills. Silently disappearing, their absence fills me with an instant shot of adrenaline. Like ghosts, large rays glide along the bottom, shadows out of the darkness.

A birding paradise, species are abundant, each more mysterious and mesmerizing than the next. Unafraid, I can get close and enjoy the delicate lines, like fingerprints, on feathered plumage. Stoic mocking birds, boobies, and albatross with beautiful faces are highlighted by deep black eyes. Frigate birds, black as night, wear red breast "hearts" on their sleeves. Brightly colored finches bop along the trail like little soldiers. 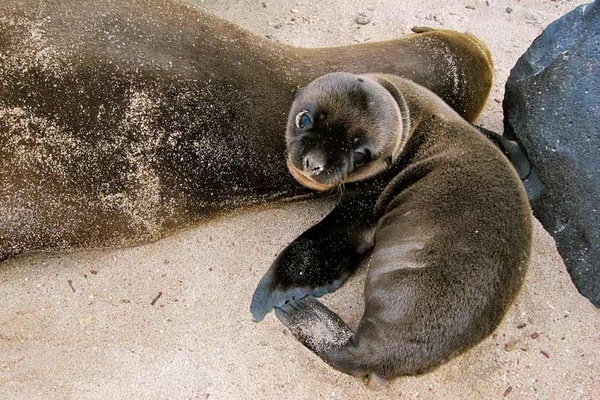 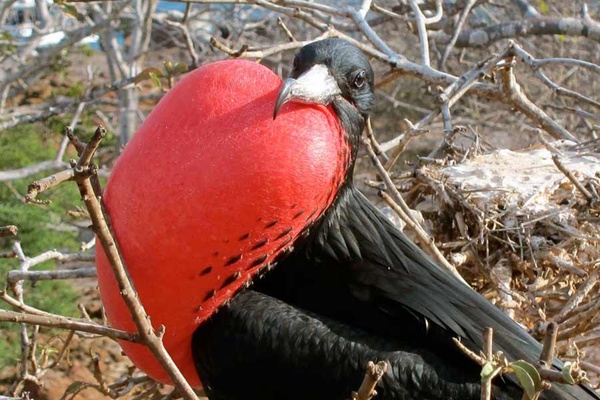 In the rainforest of Santa Cruz, I spy giant tortoises. They have fascinating faces, wise and eerily attentive, with rough cracks and calluses on their feet like roadmaps depicting their slow journey through life. Almost pushed to extinction by the islands' early explorers, the Darwin Research Center has been crucial to the breeding and repopulation of these gentle creatures.

Very few of the islands are inhabited by humans. Floreana Island remains the most mysterious. Riddled with unexplained deaths, disappearances, and even murder, its turbulent past originated from its reputation as a new Eden. As the word spread, other outsiders sought residence — including the Baroness Eloise Wehrborn de Wagner-Bosquet, who anointed herself Queen of Floreana. Disappearing with her lover in 1934, their mystery surrounded the shores of the island for decades. Stone ruins dotting the beach serve as a reminder of the past.

Few places hold onto magic as strongly as the Galápagos does. The islands leave a mark on the heart; past, present, and future are ingrained all at once in my mind. 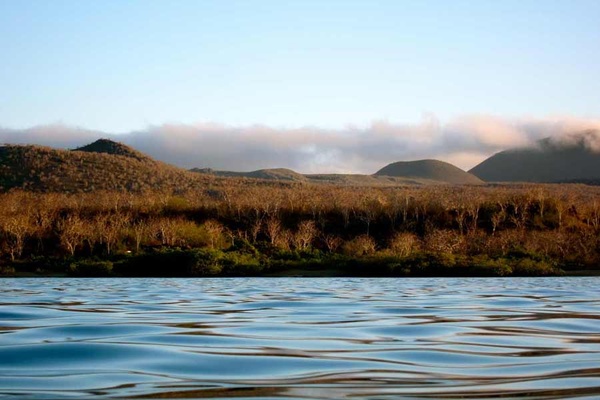 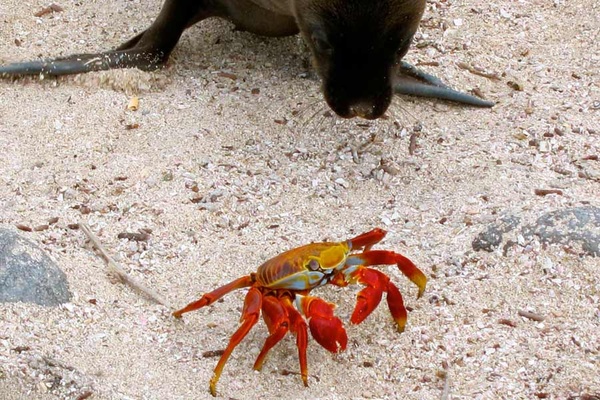 Rock formations in the Galapagos.

There's no place to hide.

Taking it all in.

Just as curious as you are.