Fathom founder Pavia Rosati discovers the great old fossils of Paris at the Gallery of Paleontology and Comparative Anatomy, and prefers them to almost everything else.

PARIS – A few years ago, my husband and I spent Christmas vacation in a big farmhouse in the French countryside near Bergerac with friends. We were four couples, four cute English pre-teens, and a lot of cows and ducks in the back yard. I taught the kids how to play poker and how to make chocolate truffles. They returned the favor and told me about a museum I had to see in Paris, where I was heading for New Year's.

"You have to see the really awesome skeletons in a big building in a park," precocious seven-year-old Phin told me, "There are thousands of them! In a great big jumble!"

I don't have very strong feelings about skeletons, and they wouldn't rank anywhere on my list of priorities on a quick jaunt in Paris. But his mother Sharon backed him up. "He's right," she said. "And although you're thinking, 'Why do I want to see skeletons?' which is what I thought too, you should go. It's the old building within the National History Museum complex. There's a fancy new wing that people talk about all the time, but, frankly, the modern museum is rubbish compared to the old one."

Sharon has reliably amazing taste, so when we got to Paris (we stayed at the amazing, small, sexy Hotel Bourg Tibourg in the Marais, but that's another story), we made our way to Gare D'Austerlitz in the 5th arrondissement and over to the Gallery of Paleontology and Comparative Anatomy in Le Jardin des Plantes. 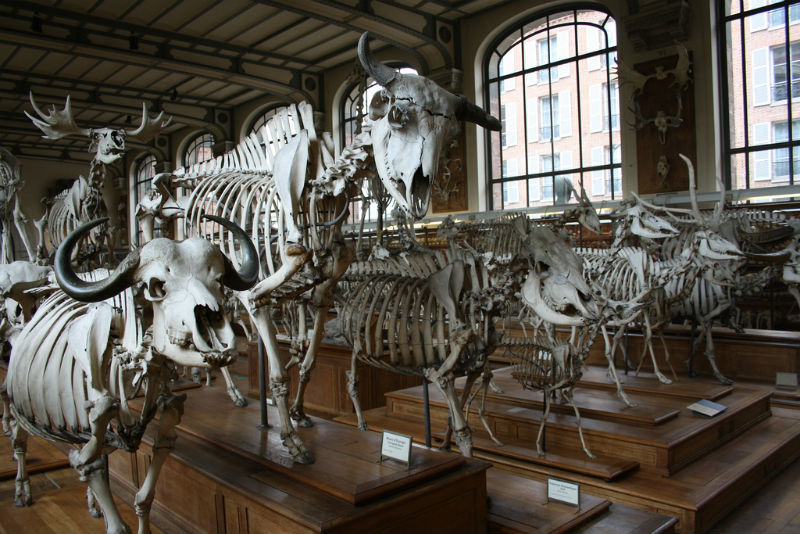 As fas as museums go, especially in Paris, this one is modest in scale. It's pretty much one large room with one exhibit. But what a room — high, high ceilings in a Belle Epoque building, elegant green trim on the beams overhead. And what an exhibit! There were no separate wings with tightly curated collections, but rather a cavalcade of skeletons of every creature under the sun, all lined facing forward, as if in a giant procession.

"Or a stampede I hope never comes to life," he said.

The assortment was at once random and precise. The precision was in the similar face-forward positioning and in the loopy old French handwriting on the description cards. The randomness was in the placement: elephants alongside dogs alongside zebras alongside eagles alongside lions alongside dinosaurs alongside rhinos.

The message was subtle but undeniable. Aside from the obvious differences in height, under the skin, we're pretty much all the same creature. Of course, an actual paleontologist would argue otherwise. That, in fact, the animals are vey different structurally. But I'm telling you what this non-scientist saw: more similarities than differences. 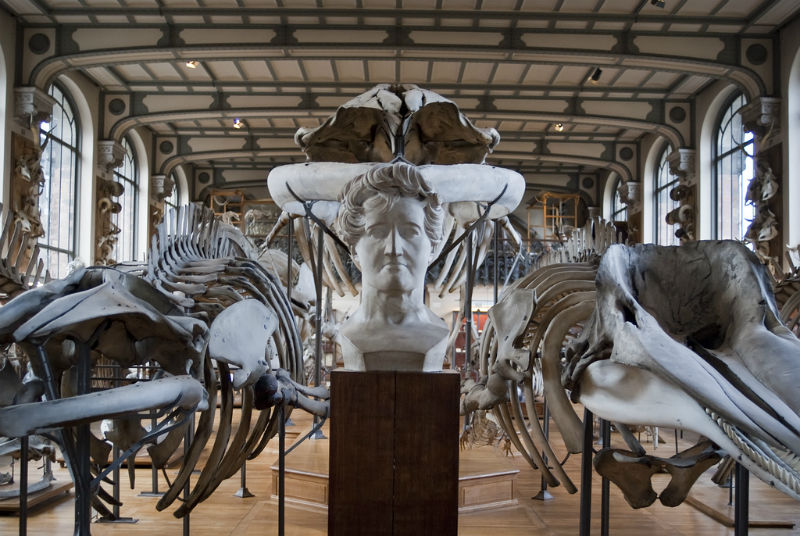 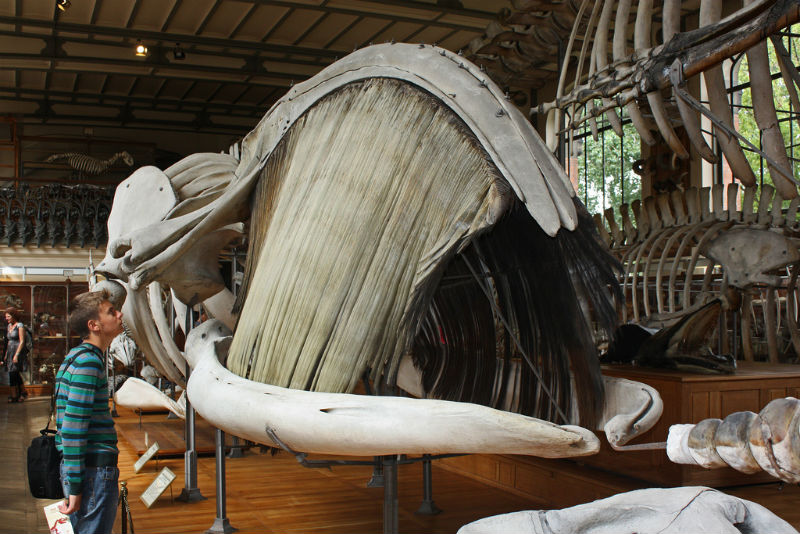 The perimeter of the giant gallery are lined with cabinets filled with anatomical specimens and curiosities — in jars and on stands, with those same hand-written labels. I can't remember if I actually saw a two-headed kitten in formaldehyde, but I may as well have.

This whole experience was a fantastic example of scientific interest and wonder. The museum dates to 1898, an era before computers and shared databases of knowledge. These bones, fossils, and body parts contributed to the wealth of historical and scientific data that we now take for granted. But while I was here, I felt the wonder, I felt the discovery. I felt like a curious seven-year-old boy.

I spent a year living in Paris, much of it in this neighborhood, and I thought I knew everything about the city. Clearly not. This place was such a find, and I think back on my morning here with total joy, even years later. 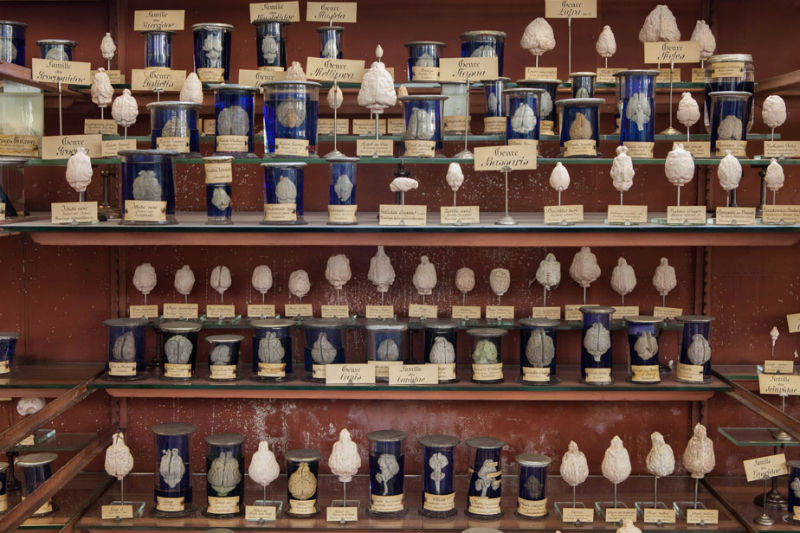 At a time when evolution has become a political debate in the United States (a sentence I'm embarrassed as an American to even type), it was especially interesting to see the blasé way these old French scientists commented on it: They didn't. In one of the cabinets in a corner of the room — a very non-deliberate, not obvious location — I saw a series of skeletons that I could easily have missed. In order of height, they went from monkey to chimp to gorilla to orangutan to human. No politics. Just a bunch of bones standing in a row. Argue with evolution? There's no way. I'm a modern monkey. You are, too. 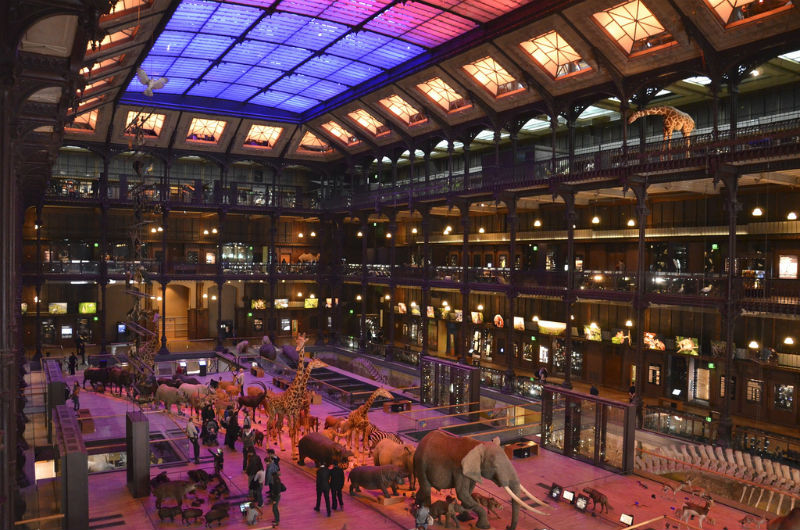 The museum is part of the much larger National Museum of Natural History, whose main building is just across Jardin des Plantes. Therein is an exhibition called the Grand Gallery of Evolution, which displays realistic replicas of the animals whose skeleteons we had just seen. We poked our head in, but we didn't stay. We were jarred by the interactive displays, the touch pads, the colors, the sheer modernity of it. We preferred the view from the late 19th century.