When it comes to traveling, you can never quite know when and where you'll end up falling in love with a place. But it was hook, line, and sinker for Travel Channel writer Kathleen Rellihan as soon as she volunteered with English in Mind Institute to help Haitian adults learn English in Port-au-Prince. Psyched by the whole Haiti experience, Kathleen volunteered to help lead a group there just a few months later. She's planning to explore more of Haiti in the new year. Talk about staying power.

I got that reaction a lot when telling people I was going to Haiti. That, followed by a long silence. Or a raised eyebrow.

As someone who's been known to plan last-minute trips, sometimes solo, I am used to bewildered reactions and double-takes. At the very least, my dad is always shocked to hear that I'm doing something like skipping Thanksgiving at home in order to go to Iceland, alone, in the dead of winter. But in terms of my Haiti trip, it was pretty much everyone who was surprised.

Did they think Haiti was too dangerous? Or have mixed feelings about the voluntourism aspect —that it wasn't sustainable and was, at best, just a feel-good activity? I was about to venture to the Caribbean country known as the poorest in the Americas. The country that, four years after a devastating 7.0-magnitude earthquake left at least 300,000 people dead, is still struggling to find its way forward.

So how exactly did Haiti make my travel list? 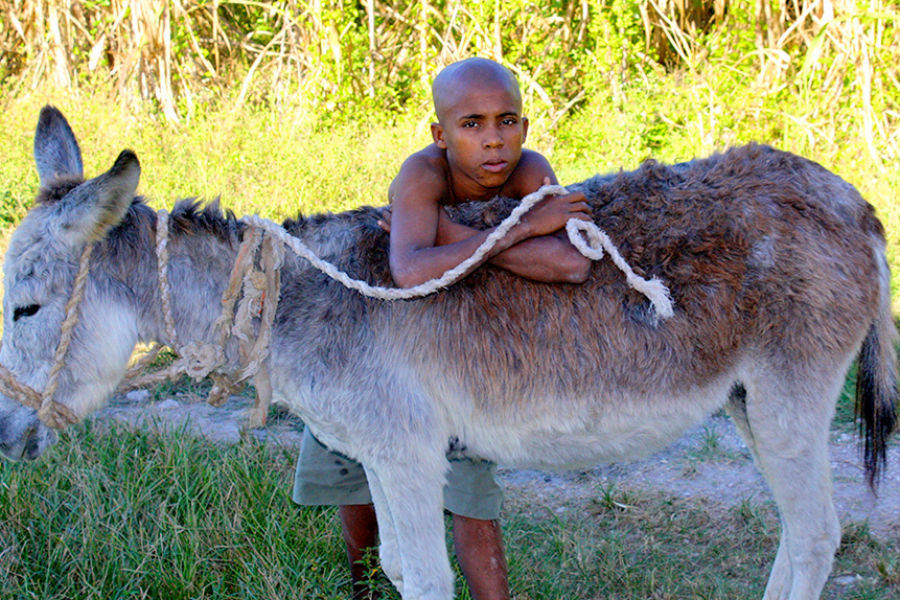 Poverty is all around in Haiti.

I have my longtime travel buddy, Stephanie Price, who has been volunteering in Haiti's capital city of Port-au-Prince since 2010, to thank for introducing me to this complex and often misrepresented country.

Stephanie and I first met while studying abroad in Florence, Italy, and our friendship took root in cafes as we sipped cappuccinos and dreamed of where we wanted to travel to after college. In the decade to come, we would reunite in places like Thailand or back in our old stomping grounds in Italy. But when Stephanie quit her advertising job in New York to volunteer in Haiti after the 2010 earthquake, she inspired me to take travel to a whole new level.

While both of us had made travel a priority in the decade after college, Stephanie focused her trips on volunteering all over the world, on behalf of everyone from young women in Cambodia to slum dwellers in India. While she was volunteering, I was taking trips that were purely centered on my own whims (shelling out ridiculous amounts of money to sleep in a hotel made of ice; escaping to Costa Rica to learn to surf).

In the years after the 2010 earthquake, Stephanie divided her time between living in New York and volunteering in Haiti. While she worked with several different organizations, she eventually found her home at English in Mind, one of the only non-profit Haitian-led adult English schools in Port-au-Prince. In Haiti, knowing English greatly improves Haitians chances of finding long-term, meaningful employment. 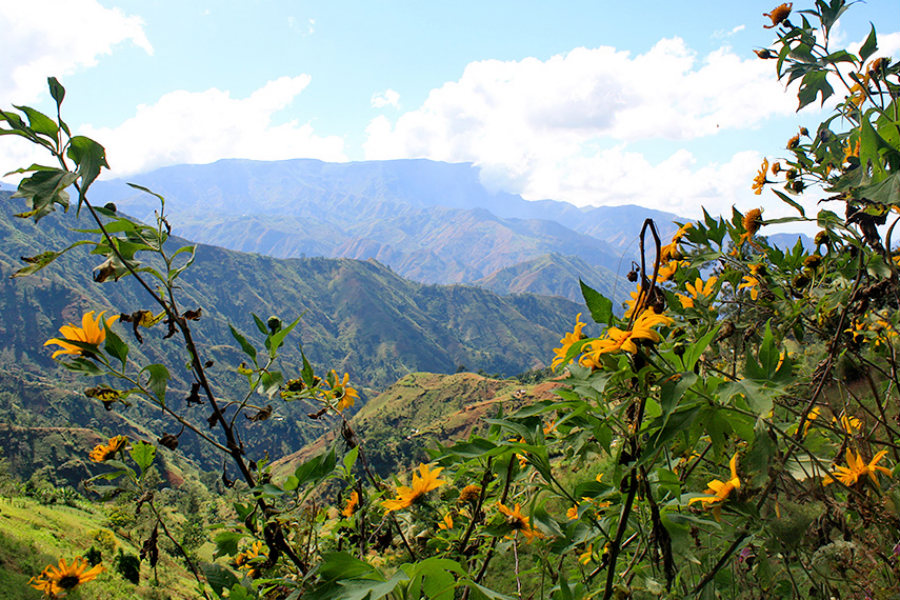 I soon became intrigued with Stephanie's work and decided to sign up for one of the 10-day English in Mind volunteer trips that she leads in Haiti throughout the year. In the month or so before my trip to Haiti, I scoured books and articles researching the country, trying to prepare myself mentally and emotionally for the unsettling images of extreme poverty and ruin, especially following the 2010 earthquake.

To my surprise, though, upon landing in Port-au-Prince and reaching the English in Mind school, I saw something that I wasn't expecting: As all of us new bleary-eyed volunteers who walked through the school gates were greeted by a crowd of Haitian students with huge smiles on their faces, applauding and cheering our arrival.

The coming days brought even more unexpected images, like the moment I turned around on a hike in the Haitian countryside to see a growing number of giggling children following us through the tall grass as we passed by their village. Then there was the night a small group of Haitian students tore up the dance floor and tried to teach us new moves as the Haitian house band RAM played up a storm at the storied Hotel Oloffson.

These are the simple, everyday moments that made up my Haiti trip, and soon eclipsed any other images that I had been bracing myself for upon arrival.

Of course, this 10-day trip was just the beginning, just an introduction to Haiti and its many layers. The big heroes of this country are the locals and volunteers who stay for years on end, who have never left Haiti — or can't leave — and have fought to rebuild the country, especially after the 2010 earthquake. These are the people whose work and impact on this country are immeasurable, unsung and unfathomable.

So what can one traveler, going for a short stint, even accomplish here? 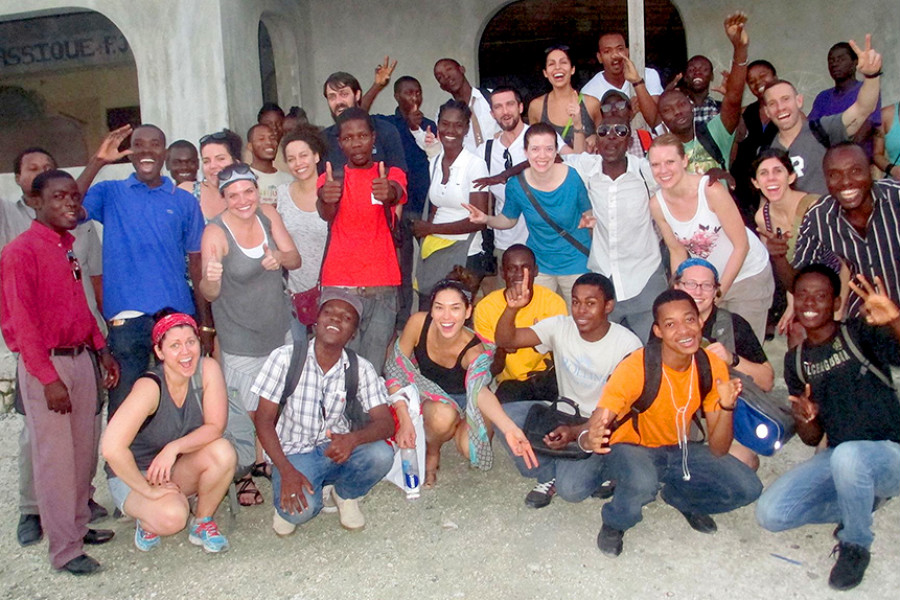 Lasting friendships made at EIM.

On the last day of school, I stood up at the end of class and publicly made a promise to the students (and more so, to myself) that I would return to Haiti.

Just as Stephanie imparted to me, and has imparted to the dozens and dozens of volunteers who pass through her school's doors, I realized that a volunteer, however short his or her stint, is needed here — first and foremost, so each and every one of us can then go back home and share our experiences with friends, family — and yes, you, too, Dad — about how this country really is worth visiting, really is worth believing in and really is worth celebrating.

Sharing experiences word-of-mouth, one traveler at a time, can make a huge difference and open the conversation to future travelers to put an often-overlooked country on their travel list.

Whether it's for the warm and resilient people, the raucous Carnival, the ceremonial Rara music, the amazing art made out of found objects, the pristine undeveloped Caribbean beaches, the breathtaking mountains — there's so much to discover in Haiti for those willing to step outside their comfort zone. 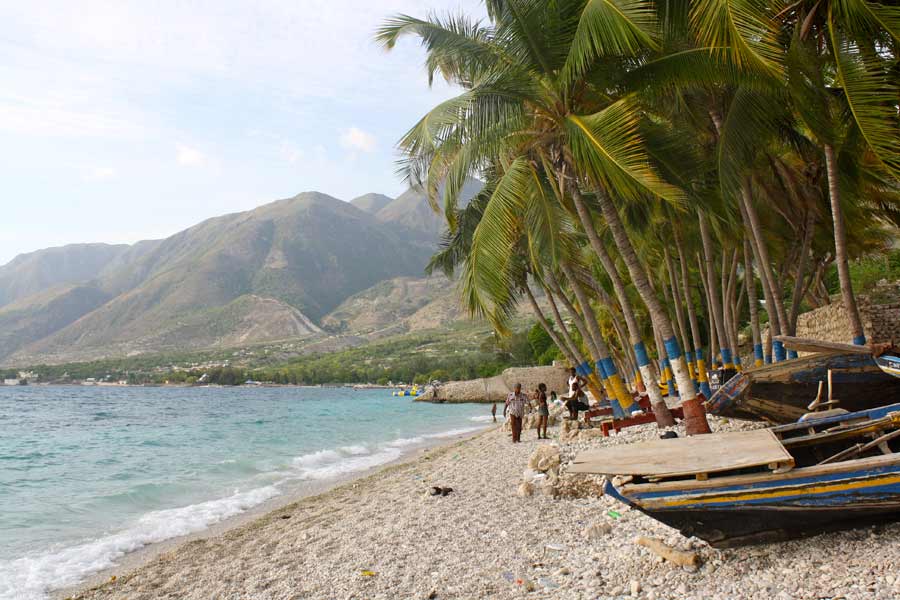 Here's a Haiti tourism video that pretty much sums what this country has to offer: "Anybody who comes here is stepping out of the ordinary. People don't come here to enjoy air-conditioning, color TV, and pools and saunas. They come here to taste something that we offer...something that is very warm and very real. But there is more than that, there is the human factor."

Yes, the human factor. That actually hooked me more than the country's beautiful beaches. It was my interaction with English in Mind's students — in seeing their passion and motivation — that truly inspired me to continue to learn more about, and to make return visits to, this beautiful country.

So now, after telling friends, family, coworkers — anyone who will listen — about my first trip to Haiti, I get smiles, nods and plenty of positive responses when, upon learning of my experiences there, they ask, "Where are you going next?" and I reply "Back to Haiti."

English in Mind, one of the only free Haitian-led adult English schools in Port-au-Prince, offers 10-day volunteer trips throughout the year that include teaching, service work and visits to the beautiful beaches and mountains of Haiti.

This story has been reprinted with permission from Travel Channel.

Keeping Haiti in Mind
Giving Back: Spark on a Children's Crusade