Nate Olive is the subject of a new installment of Ex-Pats on YouTube Reserve Channel. We were curious what led him to leave Atlanta to run a farm on St. Croix. It started with a girl and a reef, and took off from there.

Tell us about yourself: I am the owner and director of Ridge to Reef Farm, in St. Croix, United States Virgin Islands.

What's the company all about? We sell our organic produce and represent other farmers in our farm marketing website, vi.locallygrown.net.

What inspired you to do this? My passion for this started when I finished hiking the entire Appalachian Trail in 2001 and I yearned for a way of living that was close to nature, but not isolated from society. In other words, how could I live in a very natural setting like the trail but be a part of a beautiful, natural community and serve others in a real way?

Building on the foundation of an existing organic farm that I worked for, I wanted to take it in new directions of interconnectivity with the mindset of creating peace among communities of nature and people. I felt like farming and what they call "intentional communities" have been conceptualized in the past to be, well, boring and isolated.

This was a chance to show to others what I had already learned: Living off the land in a manner that makes the place better is not only possible, it is an important relationship that breeds inspiration and healing. And on top of that, people will pay for it.

What did you do before this? I was a field researcher for national parks in the United States and Mexico to learn how to understand and lessen impacts on trails, campsites, and coastal areas. I managed the Georgia Theatre in Athens, Georgia, to pay the bills. That all changed when I left for my first long trail. The Appalachian was just the beginning. After that, I hiked about 7,500 miles all over the United States on any long trail I could find. 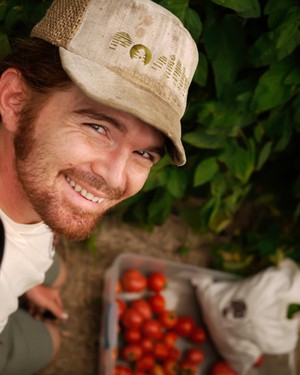 Who benefits from your work? We have over 3,000 visitors a year who come to Ridge to Reef Farm, from tours and group retreats to multi-work educational programs. I lobby for farmers to Congress and the Senate who live in insular areas and need to break out of the mold of large-crop commodity farming. Of course, all customers in our community-supported agriculture (CSA) programs and those who shop at our vi.locallygrown.net benefit from extremely tasty and nutritious foods, whether they visit the farm or not.

Did you have any prior personal connections to the place or the people? I originally came to St. Croix for love and for sailing. She was from the island, and we moved down after I finished a master's program in ecotourism.

After that, both the boat and the relationship sank, but I developed a love for the land. So I stayed and started playing in the dirt. My friend Ben had started the farm that would later become Ridge to Reef, and he gave me a job to help develop my vision, which was very in line with his own.

What's challenging about working in the US Virgin Islands? There are a number of challenges here, but I accept them with the benefits. If you want something done fast, you will drive yourself crazy, and this place will chew you up and spit you out.

Another thing is being an outsider. I will probably never be accepted by many as a bona fide Crucian, but that's okay with me. Growing up in Atlanta, I've been an orphan of place for a long time. The childhood I knew was paved over and when I go back I feel like more of an outsider than I do here. I have always been a bit on the outside, which has given me the freedom to be a peacemaker between groups and to innovate outside of conventional ways. We all have that ability, but it's so easy to get caught up in what we think we are and aren't. The ego likes to play tricks on us like that.

While the island is a defensive place, I'm perfectly comfortable with that. When people see I am here to raise up the community, they tend to lower their guard and start to trust me. That's when things start to move faster, and to me that is the beautiful process of being human.

How often are you in St. Croix? I live on the farm. I used to come just for the winters before I discovered that the off-season is the best time to meet the real underground community, which hides in plain sight during the winter tourism season.

What are your three favorite things in St. Croix? I love the coral reefs. I remember my father taking me snorkeling when I was a kid. It feels like flying over Mars. I do it every day now.

I love going to restaurants with creative chefs who know the power and flavor of real food, like Eat @ Cane Bay, and the Limin Beach Catina at Frederiksted Beach. I ask the best of the best to come cook for our on-farm dinners that we do to raise money for our CSA.

Finally, I love just being on the farm and herding animals, tending to plants, and doing anything on the tractor. Farming is pure joy for a big kid like me. 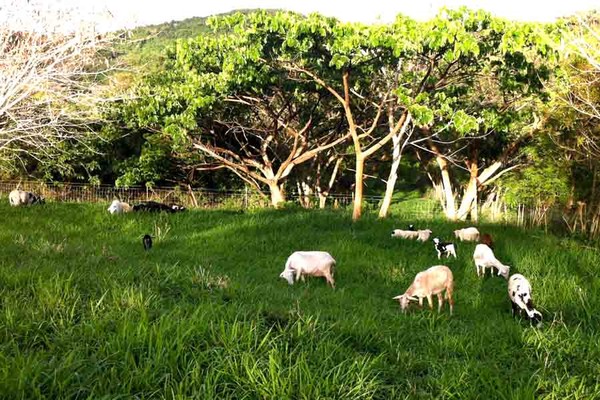 Has this changed the way you think about charity and helping others? Absolutely. I have realized one huge thing: Often, when we want to help others in developing countries, it's all too easy to repeat the dangerous pattern of colonization pathologically without having bad intentions.

We often go into a place, see the conditions, and make rash judgments about the people and how we can "save" them. What we are really doing is trying to make them more like us. That is not always a good thing. For example, we pity people without electricity. But I can tell you with certainty that some of the most spectacular moments of my life happened without it. We judge people to be "poor" on our own scale of judgment. I see some people who live with hardly any money or many material possessions, bad teeth, no car — and we think we are better than they are.

But then you see many times that they have their extended family all around them; countrysides rich with game, water, and natural areas; and deeply ingrained cultural customs. That is wealth.

What's your advice for entrepreneurs who want their businesses have an aspect of global giving? Read the above paragraphs. Also, try to empower others who can already prove they can do it on a smaller scale without you.

Where do you want your company to be in five years? Hopefully in the same valley! We are trying to buy the land and create a farm conservation project.

Where are you traveling next? I am going to Cherokee country in northwest Georgia to learn from masterful primitive artists at the Falling Leaves Primitive Skills Rendezvous.

Watch Ex-Pats episode one
How to Feel at Home Wherever You Are, by Savannah Jane Buffett
Giving Back: Fair Quinoa Vodka
The Humanity Tithe