Imagine the Caribbean 200 years ago. Uninhabited islands. Calm, breezy beaches. Wildlife-dense tropical forests. It's gone forever right? No. You can still find it on Guana Island, a private patch of land with a low-key vibe where you're more likely to run into a donkey than another traveler. New Yorker Rima Suqi checks in and checks out.

BRITISH VIRGIN ISLANDS – We arrived at Guana Island via helicopter. The donkeys grazing in an adjacent field barely raised an eyebrow at our somewhat noisy yet (in my mind) very glamorous entrance. Perhaps they were disappointed at our lack of celebrity status. Mere mortals usually arrive by boat.

Guana is a 350-acre island in the British Virgin Islands named for an iguana-shaped rock formation on its northwestern coast. One of the only privately owned islands in the area, it is not easy to get to, which is part of the appeal. But so are many other places. What makes Guana really stand out is that this private island resort — with just fifteen rooms, one cottage, and four villas, for a maximum capacity of about 30 guests — is at once incredibly casual and incredibly luxurious, if your definition of luxury matches mine.

Let's start with the rooms. They're built into the hill and furnished in island-appropriate style. Mine was not by any means the most luxurious I've ever stayed in, nor the largest, and didn't even have the most dramatic view, but to this day, it remains one of my absolute favorites. 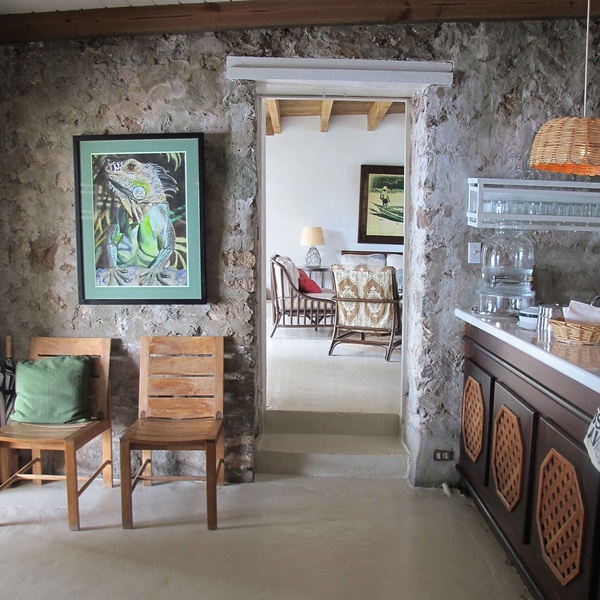 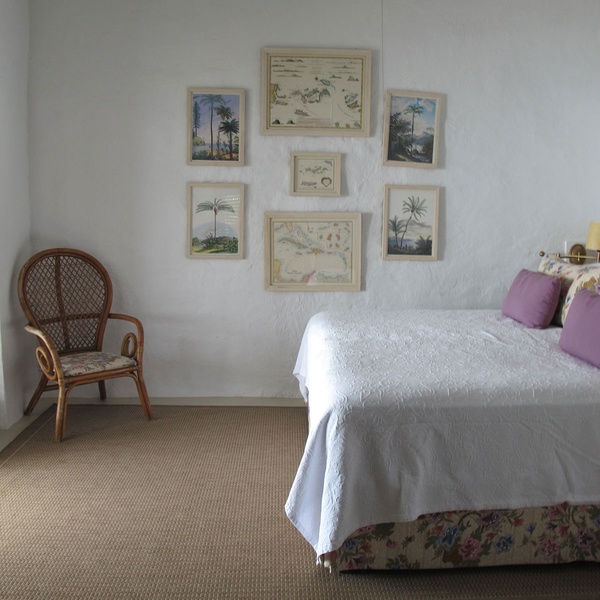 There were framed maps and vintage shots of palm trees on the wall and old-school rattan furniture upholstered in a beautiful, intentionally faded print. I had a shaded outdoor area, where I could (and did) sit and look at the water for hours. There was a view from the adobe-like bathroom and Red Flower products in the shower. While there was no air conditioning, I didn't miss it: The ceiling fan combined with the natural ocean breeze did the trick.

The overall vibe here is understated elegance — like you're in the home of a friend whose relatives have had this place for generations. (In fact, it was purchased by Henry and Gloria Jarecki, parents of the filmmaking brothers, in 1975.) Public spaces are furnished with pieces that look vintage and upholstery that's a boho-chic mix of batik with oversized palm-leaf linen prints. Round woven seagrass rugs were strewn about the floors in the main lounge, and there was a selection of board games for guests to partake in. Or not. There's an honor system bar where everyone convenes at 7 p.m. to make cocktails before dinner. This is a nice ritual — a way to meet others staying on the island without having to commit to a group meal. 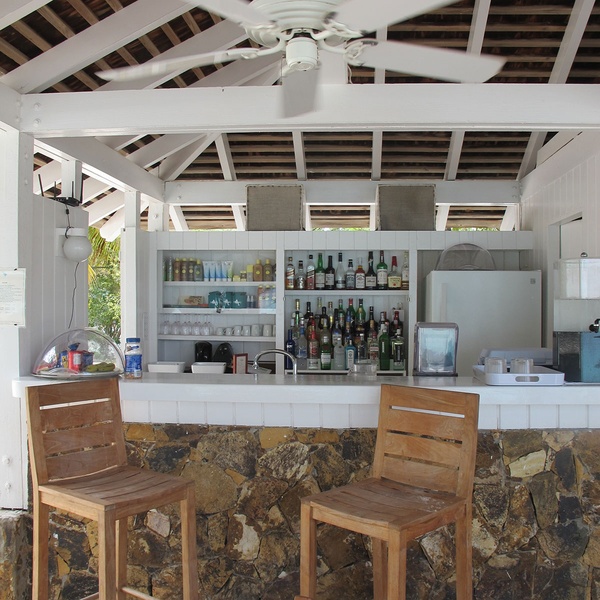 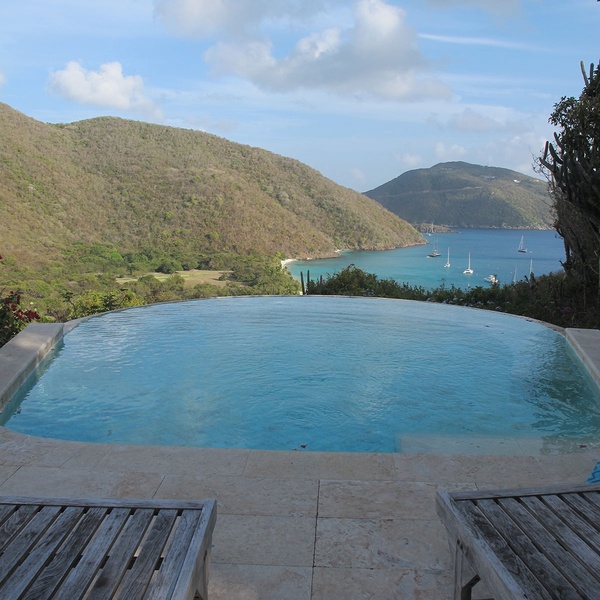 Then there's the privacy aspect. There's no marina here, meaning no huge yachts clogging up your view or your zen. There are also no public facilities, so if you're not staying on the island, you're not allowed on the island. This might sound exclusionary, but if you've ever been to a place like Peter Island, you might know what I mean and appreciate the difference a privacy policy makes on the overall experience.

If you're feeling the beach, they've got seven (with three reef areas). If you're into nature, Guana happens to be a wildlife sanctuary. Hiking? There are six trails that will take you past ruins of an 18th-century sugar mill, old canons, and even a bat cave (for real). On the way, you'll see a variety of critters including goats, donkeys, lizards, and iguanas.

They even have a spa of sorts — a tent right on the beach — where you can have a manicure, scrub, or massage followed by a blissful outdoor shower.

All of this, for me, adds up to the ultimate luxury experience. You really don't have to think about anything. The nightly rates, considering they cover double occupancy and include pretty much everything you eat and do, end up being a bargain in this part of the world. I cannot wait to go back. 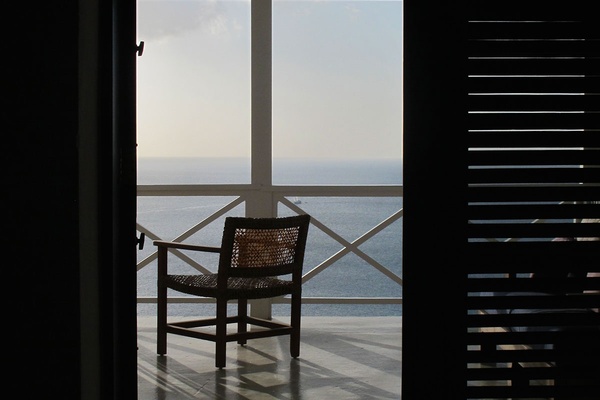 Watching the day float by on the outdoor patio.

Getting There: Fly into Beef Island Airport (EIS) in Tortola. From there, take a taxi to the boat that takes you to the island. Transportation is all pre-arranged and, in my experience, seamless.