If you had to survive without internet access and a digital connection to the outside world, could you do it? Maggie Morris considers the consequences of what we miss when we never turn the blinking devices off.

SOMEWHERE QUIET, Nevada – When is the last time you went so far out that your phone didn't work for miles, hours, days? As in no calls, emails, texts, or Facebook/Instagram/Twitter? No way to "check in" — other than actually checking out your surroundings? Do you know how to drive somewhere with a paper map or a learned sense of direction or by reading road signs and not following Siri?

Sixteen years ago, I drove across the country in my 1984 Datsun. No cellphone or satellite radio, just a shitty tape deck, AAA maps, and a mostly fast asleep, NYC-raised boyfriend who never learned how to drive. We had no problem finding our way from New York through the Midwest to the Badlands, across desolate Wyoming — where an interracial couple in a broke-down foreign two-door ("we don't do Japanese cars here") was unwelcome — through wide-open stretches of Montana into deep Idaho forests and finally to San Francisco, whose buildings and diversity resurfaced us to the familiar once again. 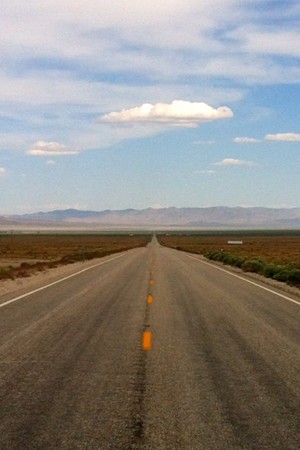 Last week was my birthday, and I was invited by my friend Jim, who was celebrating his birthday, too, to join him and some others in Great Basin National Park while he photographed a project for a magazine. I was psyched to have a destination during my annual birthday freak-out, so I flew from Los Angeles to Salt Lake City, then drove more than four hours south to Hidden Canyon Ranch in Baker, Nevada, somewhere in the most sparsely populated region of the lower 48 United States. On the way, there was a stretch of 90 miles with no roadside services or turnoffs, just a never-ending strip of road that seemed to dead-end into purple mountains. I made the mistake of not printing the directions, and soon my iPhone was useless due to the lack of Wi-Fi. I had a mental picture of where the ranch was in relation to the Nevada-Utah border, as I had looked it up before I left, but the road crisscrossed back and forth between Nevada and Utah — and between Pacific and Mountain Time — so I found myself lost and unsure what time it really was. 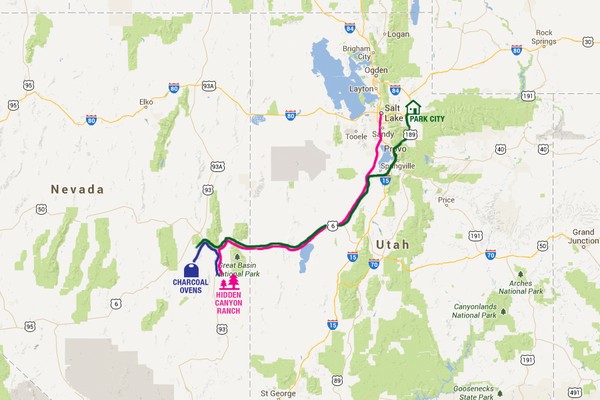 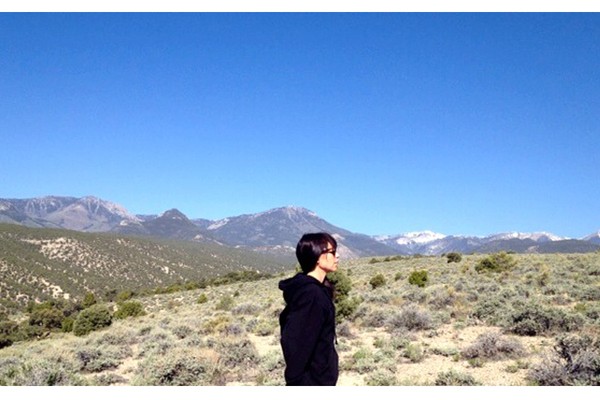 Maggie on the ridge at Hidden Canyon Ranch, at 7000 feet. 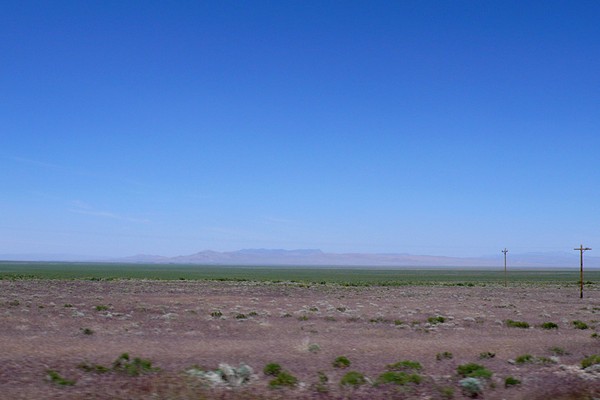 Looking west from Utah into Nevada.

This threw me into a long lost thrill of figuring it out. After failing to find the ranch off the highway with several unmarked dirt road turnoffs (well, there was one big sign that indicated a "cemetery" about 50 feet off the road to a gate around a dirt pile), I decided to stop and ask. I found myself at a coffee shop/grocery/hot dog stand/liquor store in Baker, Nevada (population: 68), where I sheepishly asked which road I was on and where to find the turn for the ranch. A young woman smiled, asked where I was from ("New York," I said, completely embarrassed), and sweetly explained that I should turn right on dirt road marked by a grey trailer about nine miles away. As I walked back to my car, I noticed a dusty pay phone — and realized that I have no idea how much a coin call costs anymore. 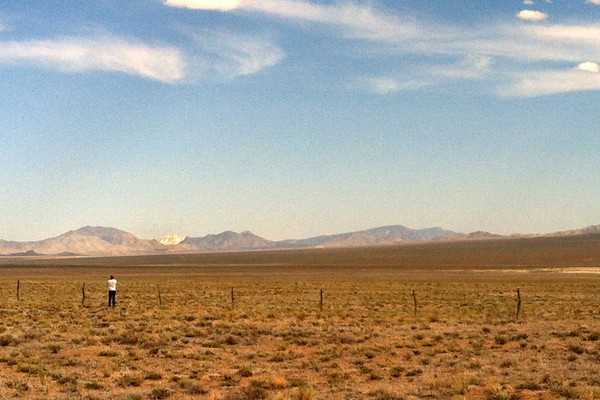 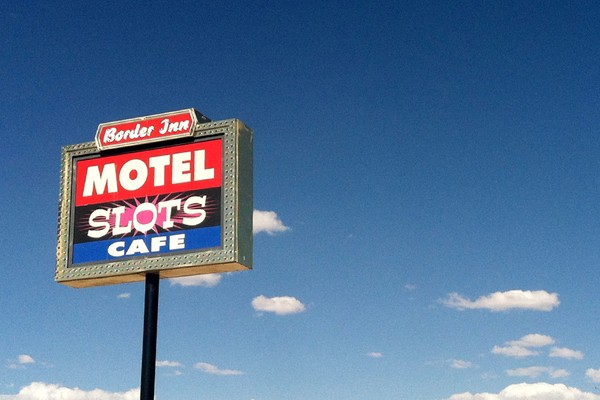 The first roadside services after more than 80 miles of nothing. Since this was right over the Nevada border, there was a casino in the restaurant/bar/gift shop/motel/gas station. 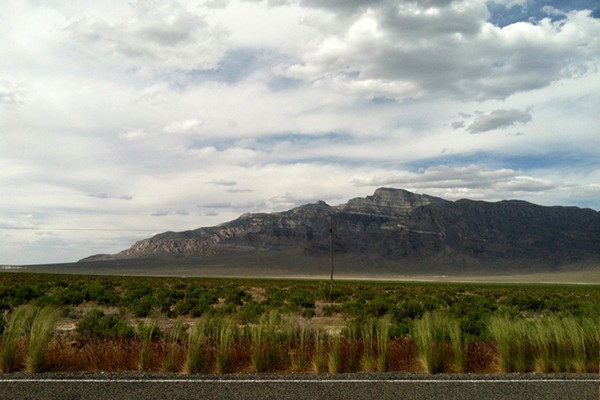 The view along route 50/6 in Utah, driving towards Park City.

Her directions were perfect. I found it, but I had no way of knowing when or how the others would arrive. Magically, we all arrived within minutes. There were ten of us: strangers to one another but all friends with Jim. After introductions and being shown our accommodations, the ranch manager explained that if we needed to make phone calls, we could use her landline, a mile up the dirt road. She mentioned that her house had a Wi-Fi booster with sporadic service, which excited the compulsion most of us felt to check for messages and to post photos of the brilliant landscapes we'd seen along the way. The connection had the speed of a 1998 dial-up, yet we sat there for two hours hitting refresh on Instagram and squabbling over whose uploads were slowing down the connection. Apparently, posting images of those obscure road signs and sunsets would be a virtual validation that we actually were where we were. 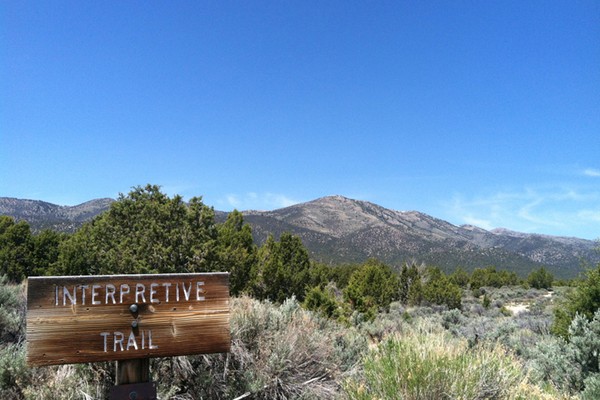 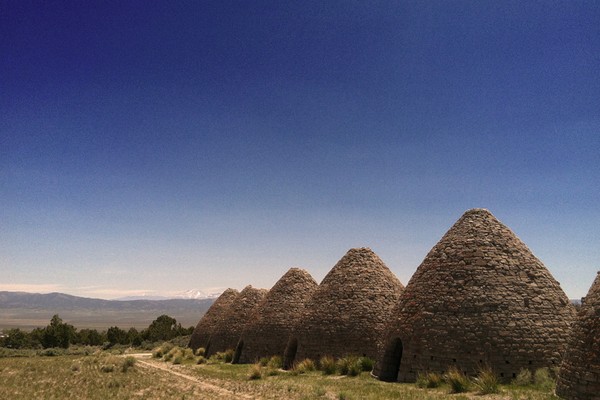 The Charcoal Ovens operated from 1876-1879 during the silver boom of the nearby Ward mines.

At first I felt pathetic yearnings for the validation of a "like" and "happy birthday" texts and messages. But sitting with strangers on a couch, in silence, watching as we pecked at our phones — instead of talking to each other — propelled me to really shut it off. In no time, the forced disconnection was bliss, a reminder that I needed a deeper rest and escape, not just from home but also from media. We began to talk more as we looked out for snakes, hiked through aspen forests, explored Lehman Caves in the park, shared meals, and watched the stars. 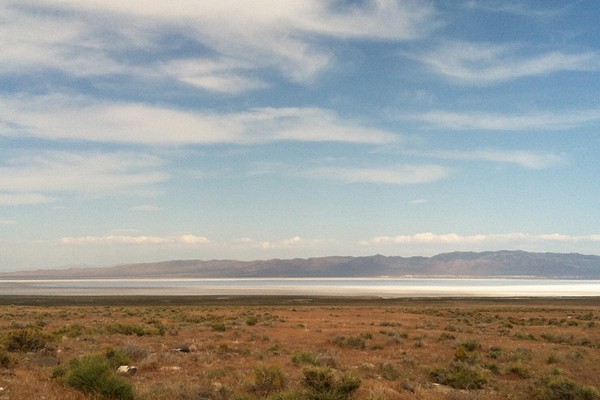 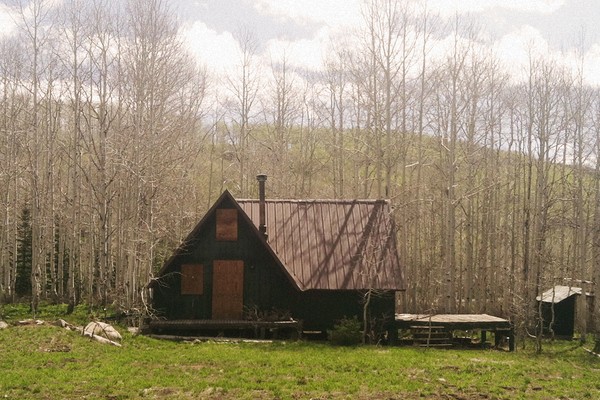 Park City, Utah: a forest of aspen above 10,000 feet hides simple 1970s-built A-frames. There was still snow on the ground. 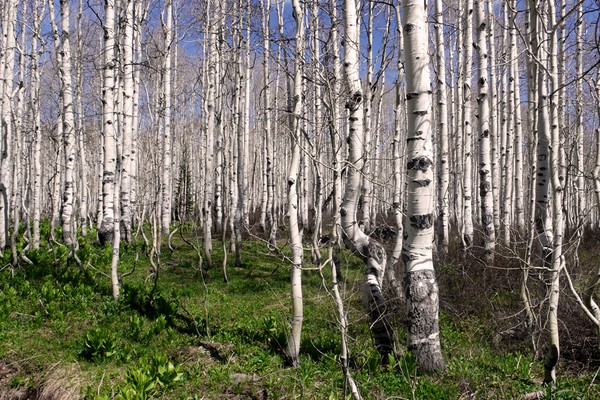 Over the course of the weekend, however, some in the group compulsively walked more than a mile to the Wi-Fi to get their fix, while others let go of their phones altogether. Observing the few who passed on exploring the park for instant messaging and uploading, I wondered and worried whether breaking the digital connection for a few days might soon become its own kind of a commodity. Maybe we have reached a point when shutting off is impossible to do on our own. Will this kind of retreat be something people might actually pay for, as a luxury? Please.

I can think of many places where cellphone use is forbidden or restricted: while driving, in doctor's offices/hospitals, yoga classes, airplanes, concerts, movies, in schools, at a recent wedding I attended, and certain restaurants. Just last fall my friend Jon Santos hosted a cellphone-free "adult summer camp" weekend in upstate New York.

It's catching on, although I don't find those restrictions enforced with any great success. We've become dependent and entertained by the ability to see where people are and what they are doing, no matter where we are or what we might be doing.

Conversely, when I read about Google's Loon Project, which provides cheap internet access around the globe, particularly to rural and remote areas, I realized that connectivity is not the issue so much as what we do with it. My trip showed me how digital validation superceded immediate, present-moment experience for some of my companions. What being connected can offer vs. how much it can take over is a personal choice. For me there was a freedom in being unreachable for a few days. For some others it was torture.

I came away from the weekend more aware of and more irritated by the social interruption of phones. I spent days in an environment that afforded a rich experience in every moment, one that could not be re-experienced at home by cycling through pictures and virtually sharing it play-by-play. I resented my companions' compulsion to report in real time what was happening, what we saw and did. I felt a little like a whining hypocrite, turning my vacation into internet fodder and hating that I was doing so at the same time. But what I really wanted was for every second out there to be stretched to its fullest and retained in my mind as an experience, not as an Instagram.

Try an analog vacation: leave your phone behind, look out the window, and load some film in your camera.