Chef James Boyce settled in Huntsville, Alabama, four years ago, after stints in high-end kitchens in NYC (Le Cirque in its Daniel Boulud era) and California. Hooked on Southern hospitality, he now operates four successful restaurants: Cotton Row, Commerce Kitchen, James Steakhouse, and Pane e Vino Pizzeria. Jane Lerner spoke with him about his transformation from coastal to Southern living and got his lowdown on where to go, what to see, and what to eat in the area he now calls home.

First things first, Jimmy. Are you cooking Southern food (in a traditional sense)?
We use Southern ingredients, but I use French cooking techniques and have a strong California influence. Here in the Tennessee Valley, we have great variety of farmers and ranchers and producers of great quality stuff within five miles. 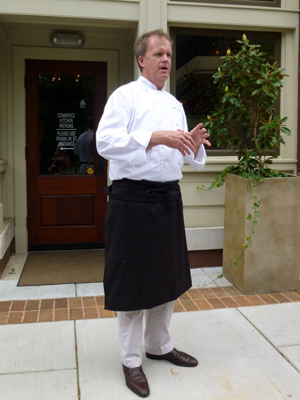 Tell us about the benefits of cooking in Alabama.
When you think about Southern food, you think about the staples everyone talks about: barbecue, fried chicken, collards, corn, melons. You can look to all that as what's up-and-coming in the restaurant world, since we're seeing big articles on barbecue and regional cooking.

But when you get here, there is real diversity — you can get anything! The field peas, wow, I mean, right now we're getting incredible peaches when you don't have those anywhere else. When I moved down here, the biggest shock was the huge variety of ingredients. We are in contact with farms all the time, and we have purveyors of local produce, cheese, beer, and other products.

How has living in Huntsville influenced your role as a chef and restaurateur?
We took the historical value of Downtown Huntsville and used it to our advantage. I like to say that Cotton Row is an American restaurant in an historical building, using historical, reclaimed materials, even before it became trendy. For me, Cotton Row is almost like a reclaimed restaurant. For Commerce, we took an old bookstore and turned it into something that was recognizable and traditionally Southern, but with contemporary food.

Can you give us a few family-friendly local tips?
I love taking my kids to the free summer movies in Big Spring Park downtown every other Friday night starting at dusk. And there's the Sidewalk Arts Stroll, which happens the third Thursday of every month during summer. Also on Thursday evenings is Greene Street Market, a local farmers market with live music and cooking demos. Check out the U.S. Space and Rocket Center, Huntsville Museum of Art, and the beautiful Botanical Garden. There's Lowe Mill, which adds to the cool downtown vibes. And there's Harrison Brothers, the oldest hardware store in the state. It dates back to 1879. 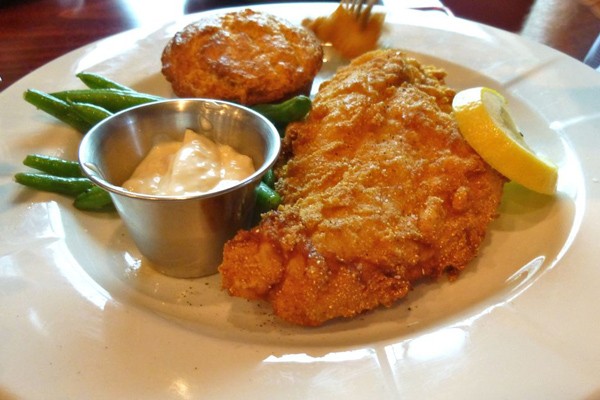 What are your favorite local eateries?
We have a great barbecue place that's just one guy, Granville's Barbecue. He misses out on a lot of things because he doesn't have the means to do a lot. He's just a small operation but, oh, he loves what he does. Some guys who used to work for me went off and did their own thing at 1892 East. Mezza Luna is close to our home, and we like to stop in there for a great vibe, a great bar, and a scene. I love that. If we want a lunchtime spot, we go to Lyn's Gracious Goodness, which serves a very traditional Southern lunch with classic renditions of sandwiches and salads.

What would you say is the most underrated aspect of living in Alabama?
There is a great sense of culture and pride in the community. The people here truly understand that. Their values and the way they treat each other is totally admirable. Everybody's nice and accommodating. It doesn't even matter what part of the state you're in.

See the locations mentioned in this story. (Google Map)