From time to time, our friends at the charming rental site BoutiqueHomes point us toward hidden gems all over the world, and the even lovelier innkeepers who take care of them.

Native Sicilians and design duo Guido Alessandro Coffa and Ada Calabrese discovered a slightly run-down villa near Catania, Sicily, in 2007. What began as a private residential project morphed into a small, unique, environmentally conscious boutique hotel. Overlooking the sea and surrounded by beauty, it seems like a hard place to leave. But if you get the itch, they've given us their favorite sites and bites along the east coast of the island.

ZAFFERANA ETNEA, Sicily – Monaci delle Terre Nere, a.k.a. Historic Boutique Hideaway, is a thirteen-room hotel on a panoramic terrace overlooking the Mediterranean. Insisting on being as environmentally conscious as possible, Guido set out to create a fully functioning organic paradise. We used our own art collection and lovingly restored the villa, making a personal statement on Sicilian lifestyle, organic living, and design. We're involved with the day-to-day events at the hotel — from cultivating the land and keeping up with the honey bees to preparing food and tasting wine. Our philosophy is one of good living and environmental consciousness.

We are surrounded by beauty. Siracusa is a significant archaeological area with an ancient Greek amphitheater, the Orecchio di Dionisio Cave, Apollo's Temple, and the Teatro Romana ruins. Do not miss the Ortigia neighborhood. It's a real gem. The town of Noto is home to some of the most spectacular and elegant Baroque sites in the world. This is where you should make a day of strolling the village and also where you'll find a statue of the poet Coffa, Ada's ancestor in the main square! 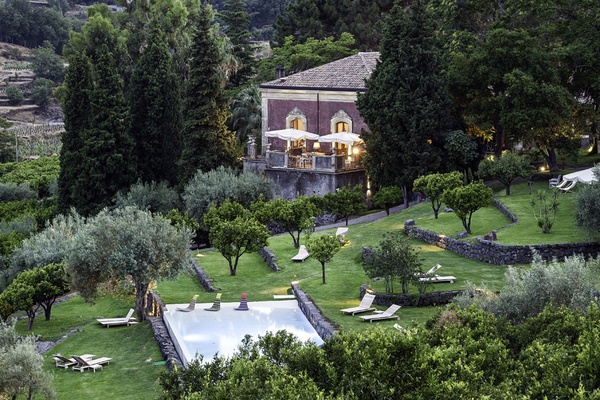 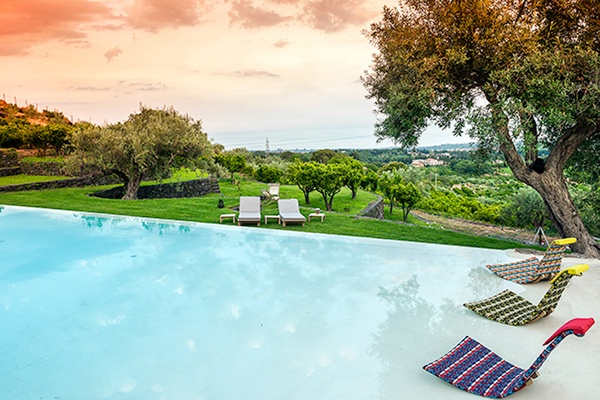 Fratelli Vittorio
Via Dusmet 1, 95045, Catania; +39-329-535-6423
The fish market and cafe run by the Vittorio brothers has the absolute best seafood in Catania. If you can, avoid Saturdays when it's very crowded.

Etoile D'Or
Via Beato Cardinale Giuseppe Benedetto Dusmet, 7, Catania
It's unassuming but has the best arancini, cipolline, and pizzette typical of Catania. The vast glass displays of food will leave you amazed. Crowds stay late in the evening and are sometimes entertained by impromptu musical guests. 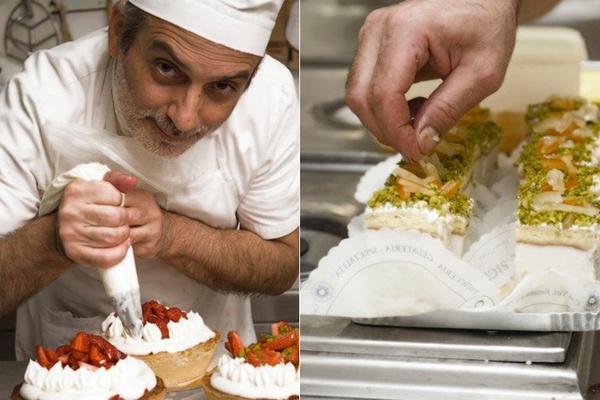 Caffé Sicilia
Corso Vittorio Emanuele III, 125, 96017, Noto
The canoli, granita, and array of cakes and sweets are perfect with an espresso.

Taverna La Cialoma
Piazza Regina Margherita 23, Marzamemi; +39-0931-841772
We like to stop at this charming, characteristically Catalonian seaside village for amazing tastes from the Sicilian sea. 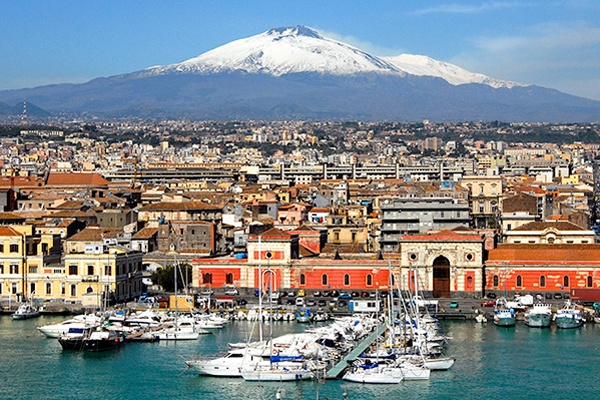 The mighty Etna in the background. Photo: courtesy of Boutique Homes

Mt. Etna
The UNESCO World Heritage site has insisted on being noticed throughout history, and ascending its 3000 meters is an unforgettable sensation. The volcano is monitored constantly, and many parts are safe to explore through the park service guides and great trails.

One Hundred Horse Chestnut Tree
Linguaglossa, Sant'Alfio, Mt. Etna
The road that leads to Randazzo is one of the most beautiful in Sicily, and also where the oldest tree in Europe lives. Believed to be between 2000 and 4000 years old, legend has it that the tree once sheltered 100 knights from a thunderstorm. Even more remarkable, it has managed to survive despite being five miles from the volcano's crater!

Alcantara Lava Gorge
Via Nazionale, 5, 98030, Motta Camastra Messina
Often visited from Mt. Etna on the way to Taormina, the cavernous gorge was carved out of rock-hard basalt by an ancient volcanic eruption. What's remarkable in that its waters are ice cold — even when Sicilian temperatures soar. Beautiful rock formations and swirling waters making the area a delight for photographers, but for most people it's a place to play and be a child again. You can rent thigh-high boots for wading or take the plunge!

Greek Theatre of Taormina
Via Teatro Greco, 51, Taormina, Messina
It's a dramatic and beautiful example of antiquity and remains an active outdoor amphitheater for live music concerts and events.

Villa Romana del Casale
Strada Provinciale 90, Piazza Armerina; +39-0935-680036
One of the magnificent Roman wonders. The famous mosaics are some of the finest examples of the art form and are not to be missed. The entire region is designated an archeological national park and is full of discovery.

Benanti Vineyard
Often overlooked, Sicily is one of the top three regions for the production of some of the most important Italian wines. Considered the Burgundy of the Mediterranean, Vino Etna can be compared to a fine Barolo or French Burgundy. For a complete and comprehensive guide to Etna wines, try The Etna Wine School Services. 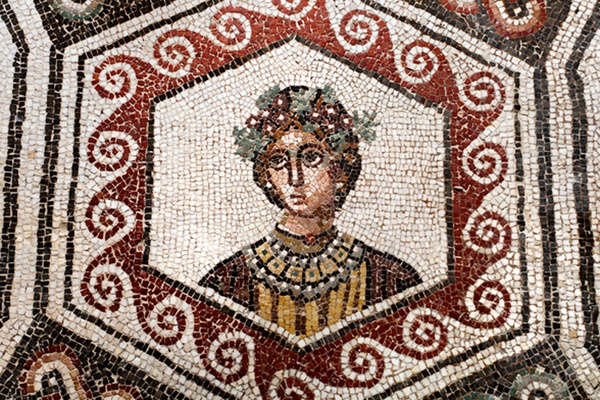 See all locations mentioned in this itinerary. (Google Maps)

Historic Boutique Hideaway can be booked through boutique-homes.com.