Smári Ásmundsson, the founder of the Icelandic yogurt company Smári Organics, grew up in Hafnarfjörður, a port town near Reykjavík, and moved to California when he was 20 to pursue photography. He's since worked for clients like Volkswagen and Japan Airlines and racked up prizes for his gorgeous images. When he became a father a few years ago, he found himself wishing he could feed his son the organic yogurt (skyr) that he ate as a child. In the fine tradition of "when you want something done right, do it yourself," he apprenticed with an 82-year-old skyr-maker from Egilsstaðir, and a new business was born. Now a full-time skyr-master, Smári travels back to Iceland several times a year to visit family and friends. We asked about his favorite things to do when he's back.

WHEN I RETURN TO ICELAND, THE FIRST THING I DO IS

Bæjarbakarí
Bæjarhraun, 220 Hafnarfjörður; +354-555-0480
I always stop at Bæjarbakarí (Town Bakery) on my way home from the airport. My parents still live in the house I grew up in and they have the best snúður (buns) around. They are big, soft, and have the best chocolate frosting. They're best enjoyed with kókómjólk, Icelandic chocolate milk.

WHEN I LEAVE, I ALWAYS BRING BACK

Icelandic licorice. It's available almost everywhere, but the best is made by Apollo.

Epal
Skeifan 6, 108 Reykjavík; +354-568-7733
There are many fantastic stores that carry Icelandic design, but my favorite is Epal, because it has a strong focus on Scandinavian design, too. 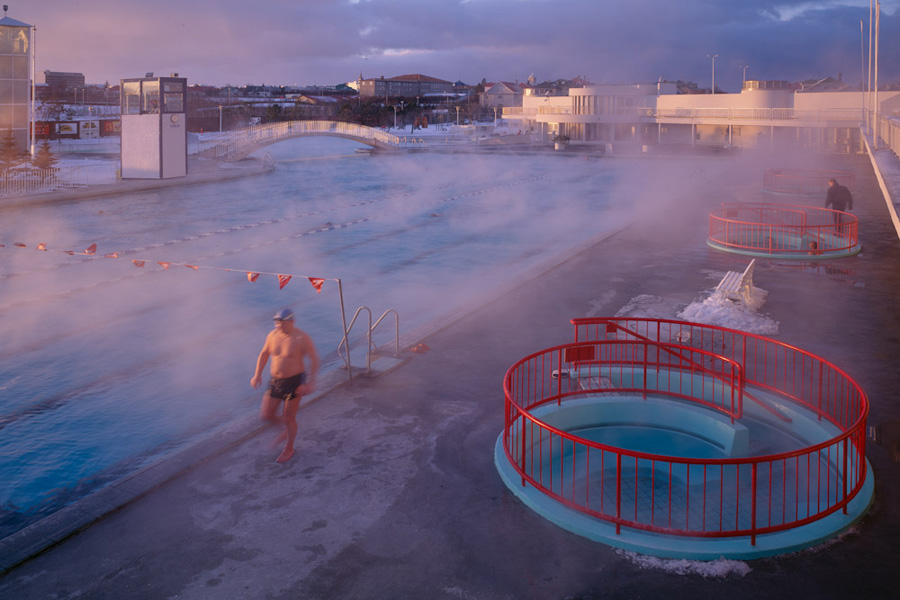 WHEN FRIENDS VISIT FOR THE FIRST TIME, I TELL THEM TO VISIT

Laugardalslaug
Sundlaugarveg 104, Reykjavík; +354-411-5100
Really, any of the swimming pools are a must in Iceland. My favorite is Laugardalslaug.

FAVORITE RESTAURANT FOR A SPLURGE

Dill Restaurant
Hverfisgata 12, 101 Reykjavík; +354-552-1522
Tell the chef, my friend Gunnar Karl, that I sent you. This is the best restaurant in all of Iceland. The sister restaurant at the same location serves what must be the country's best pizza.

Bæjarins Beztu Pylsur
Tryggvatagata 1, 101 Reykjavik; +354-511-1566
It's a hot dog stand where I always get tvær með tómat, sinnep, og steiktum (two hot dogs with ketchup, mustard, and fried onion). This is an especially great way to end a weekend night. 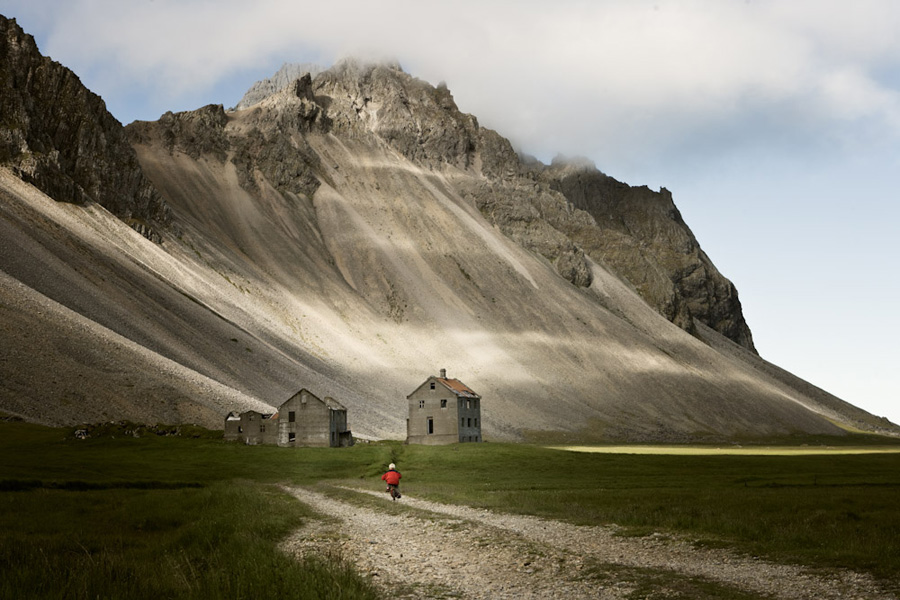 An abandoned farm in east Iceland. 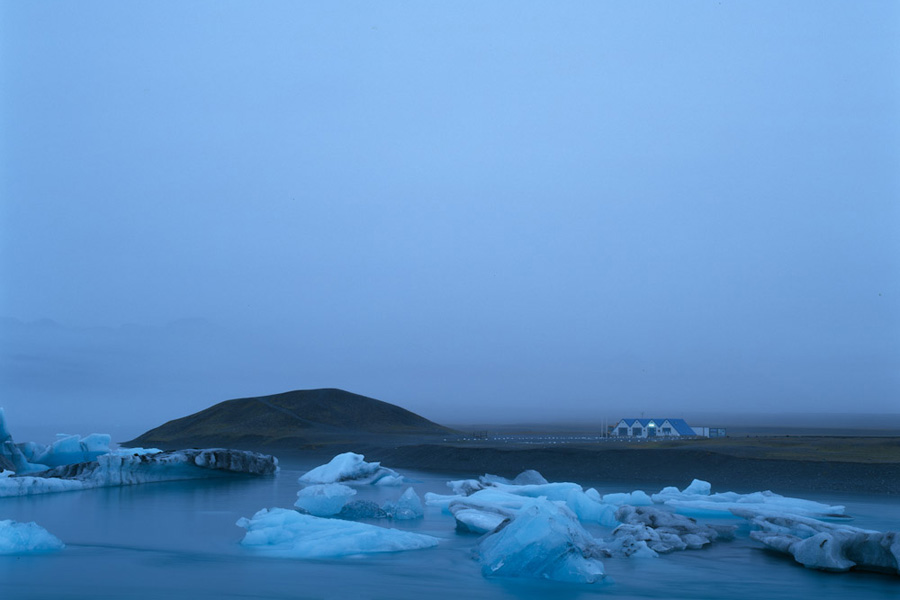 THIS MAKES ME WISH I STILL LIVED IN ICELAND

Iceland is a pretty special place, with geography unlike anywhere else in the world. The music scene is incredible, especially considering the population is only 320,000 people. The biggest acts are Björk, Sigur Rós, Of Monsters and Men, but you can hear fantastic live music every day.

Jökulsárlón Glacier Lagoon
Near Vatnajökull National Park (here's a map)
Iceland is full of beautiful glacier lagoons, but I like to come here.

BEST BOOK SET IN OR ABOUT ICELAND

My favorite Icelandic novel is Grettis Saga, a classic written between the 13th and 14th century. It's part of Icelandic Sagas. Grettir was an ill-tempered, somewhat unlucky outlaw. He did not live to old age. 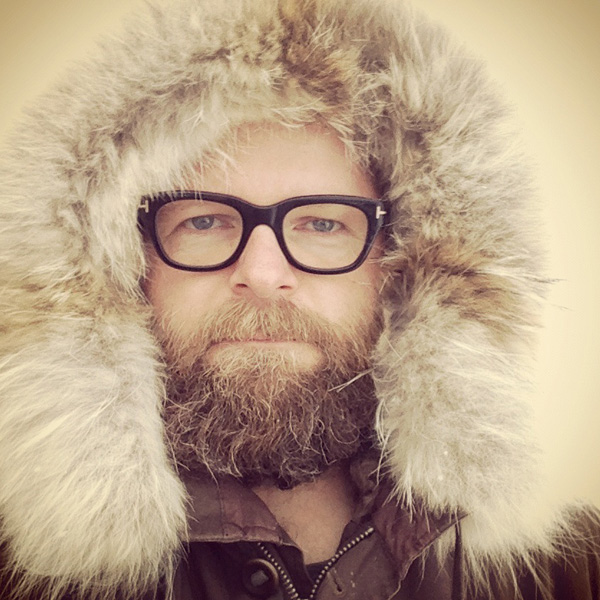 Smári Ásmundsson, ready for the elements in Iceland.

NO TRIP TO ICELAND IS COMPLETE WITHOUT

Trying skyr. (Of course!) It's been made for more than a thousand years. It's even mentioned in the Viking sagas.

WHEN I'M GONE, WHAT I MISS MOST IS

The thing I missed the most was skyr, but I solved that by starting a company and making my own. Icelanders tell me that my version is even better than what's available in Iceland. That's nice.

When Smári isn't making yogurt, he's a professional photographer. Have a look at his jaw-droppingly beautiful photos of Iceland.

Nordic by Nature: Aquavit Chef Eats His Way Through Iceland
It's My First Time: Reykjavik, Iceland
You'll Want to Propose in Iceland, Too
Fathom's Iceland Guide