TURKS AND CAICOS AND NEW YORK CITY – I don't really travel for the salt. I travel for the red pepper flakes. Truly: It will take me three lifetimes to go through the mountain of pepper that I've brought home from Naples, Syria, Sri Lanka, Chile.

But last year on an early summer trip to Turks and Caicos, I was inspired not only to bring salt home but to shlep four liters of ocean water from Turks and Caicos back to New York City and MAKE salt in my apartment.

It started with a taste of delicious chocolate- and porcini-flavored salts made by Grace Bay Club chef Wolfgang von Wieser. When I asked about them, Wolfgang said, "We make them here, using ocean water."

He makes his own salt? Bingo. Sounds like just the kind of harebrained project I love. The next day, while swimming in the ocean, which really is incredibly salty in Turks and Caicos, I started scheming how I'd do it.

Step one: Get the water home. When I told Wolfgang my plan, he laughed and probably rolled his eyes, but got on board to help, delivering to my room empty water bottles and, much more important, tape to seal the tops. I dreaded arriving back in New York City with a leaky suitcase and ruined silk dresses, and I was grateful that I always travel with giant Ziploc bags.

Staging the photo shoot of me getting the water was harder than it looked: The water was so salty it was impossible to stay submerged for more than a few seconds at a time. 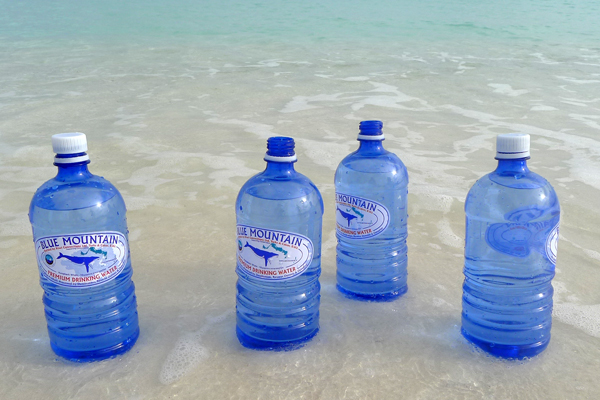 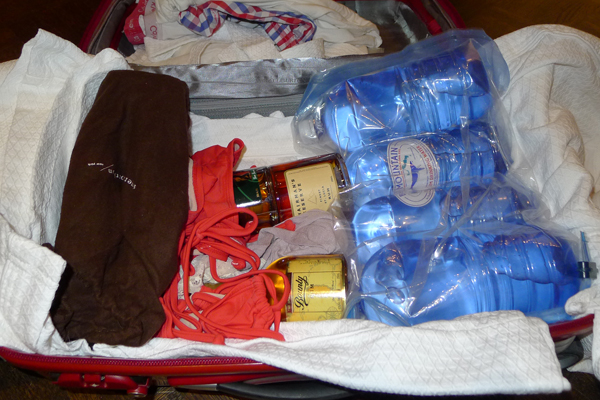 Ready for the flight.

Step two: Dry the water. Technically, step two was leave the bottles sitting on the counter for three months, to the considerable annoyance of my beloved husband, so I don't recommend this step. But I was also waiting for the hot August sun, which I was sure would make evaporation easier. I spread cookie sheets and baking pans along my bedroom windowsills and poured a fine layer of ocean into each one. 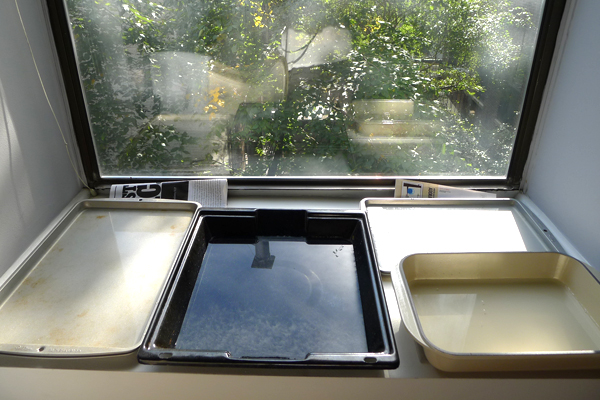 The salt on my windowsills. 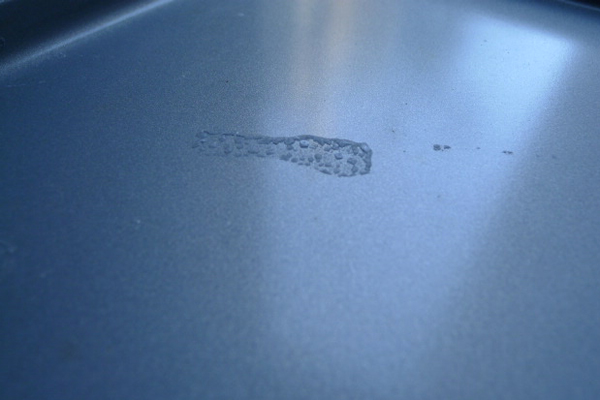 After a week, I didn't even have a pinch of salt. This was barely a scrape.

The results were dismal. Water was evaporating, but it wasn't leaving anything behind. I couldn't measure a microgram of actual salt.

Step three: Consult the professionals. A chef I met laughed when I told her I was trying the evaporation technique. "The oven," she said. "It's the only thing that will work."

So I poured the water from the nine cookies sheets into three glass bowls and put them in the oven on the lowest setting, and then I cooked the water for about a week. Yes, a full week, for hours at a time, sometimes overnight. I turned the oven off when I left the house. (Hi, Mom.) 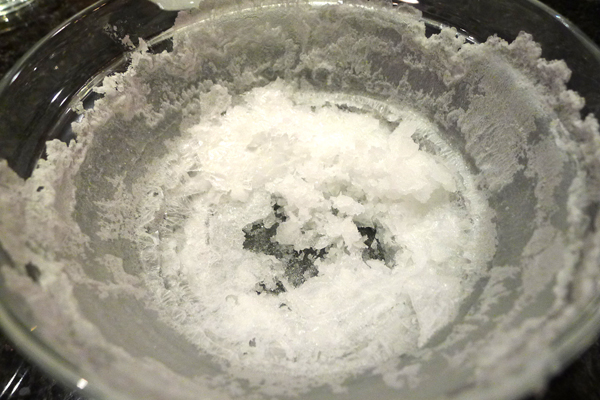 The ocean after a few days in the oven. It's still a little damp in the base. 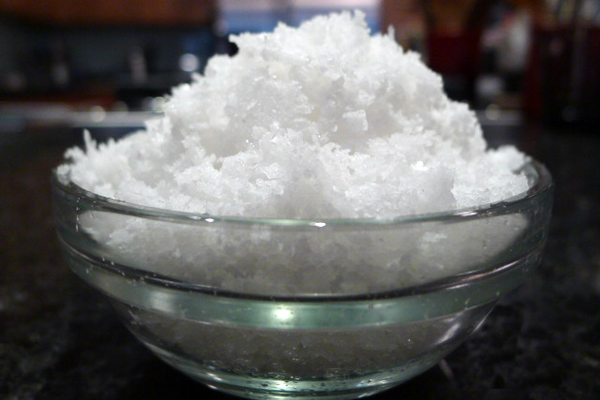 From four liters of water that I carried 1316 miles, I had made 3/4 cup of flaky, homemade salt.

It wasn't as interesting as chef Wolfgang's. It was considerably clumpier. But it was mine, and it somehow makes spaghetti taste better. (Never underestimate how much we eat with our brains.) And I just may have a new favorite DIY souvenir.