The remote Italian island may have high celebrity appeal, but otherwise it's the anti-Capri.

PANTELLERIA, Italy – Somewhere in between Sicily and Tunisia, there's an obscure Italian island of black rock and caperberries, where you'd really only go to drop a dead body or hide from real life. It's called Pantelleria, and I just spent a week there wondering what in the world was (rather, was not) going on.

It's not that Pantelleria is boring. With the temperamental beaches, warm yet beady-eyed inhabitants, and random "in-town" trattorias — which, in terms of ambiance, are not unlike suspicious prison kitchens sprinkled with the sea — the bleak ruggedness of the island, the anti-Capri of it all, makes it worth the flight from Rome or Palermo. 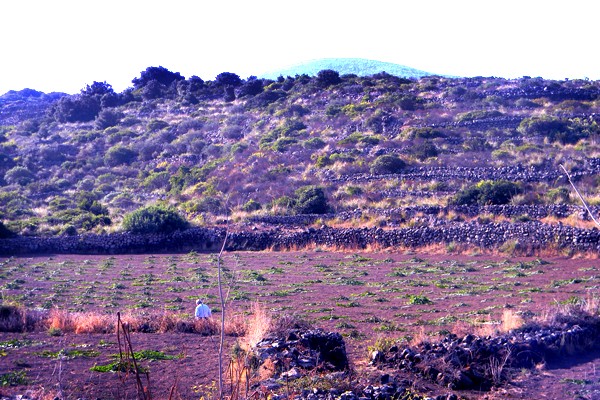 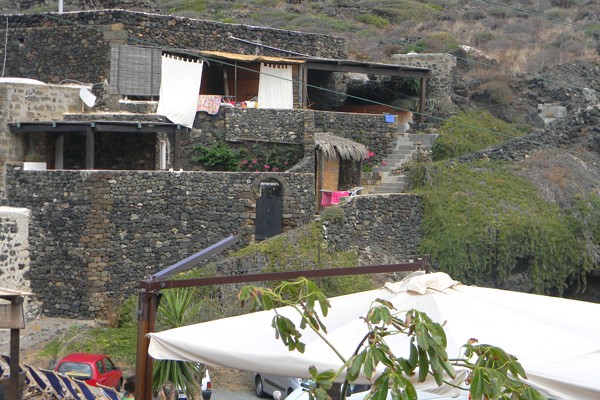 Though it's generally hot, as in North African hot, the real Pantescan air is an odd bird. And it's transporting. Moody and poetic, if you're prone to dark thoughts, they will surface. Whereas in Rome your mind wanders to food (carbonara!) and sex (Massimo! Luca! Franco!), in Pantelleria you think of love lost and mistakes made. But that might be exactly what you want, exactly what you need ... especially with some passito, Pantelleria's sweet, amber wine, the lush's Werther's Original. 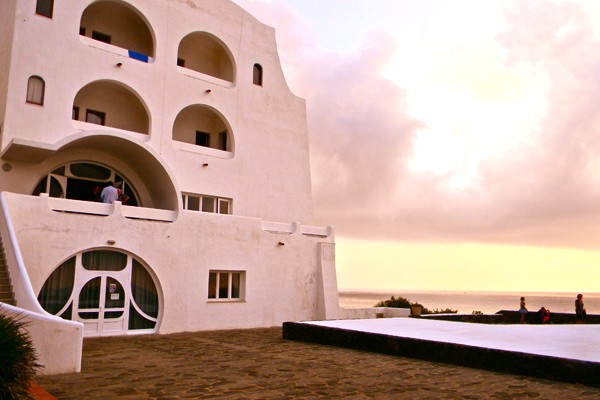 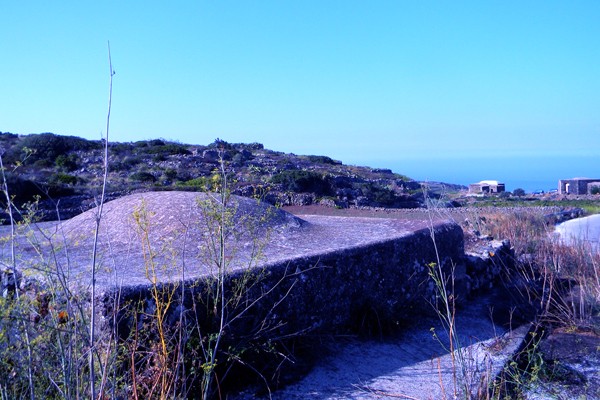 If escape is what you're looking for, true escape, not Momofuku-Milk-Bar-in-Montauk escape, Pantelleria is your place. I stayed at the Mursia Hotel, which was cheap, clean, and on the water. Like a lot of island hotels, Mursia feels murky and banished, but the restaurant has perfectly fine food and the butch bartender makes an Aperol spritz that sure will take the edge off. The proximity to sea — coves, crevices and all — was the only standout asset, but a bellissimo one at that. 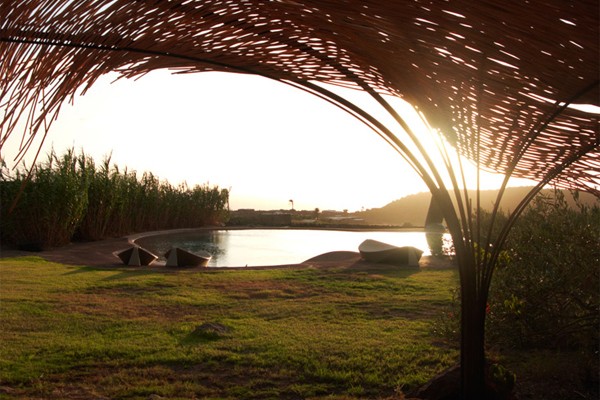 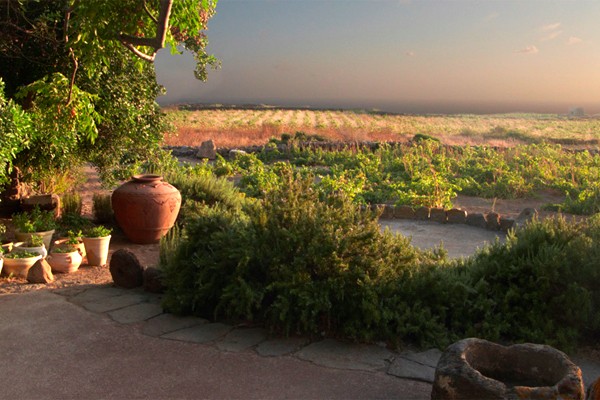 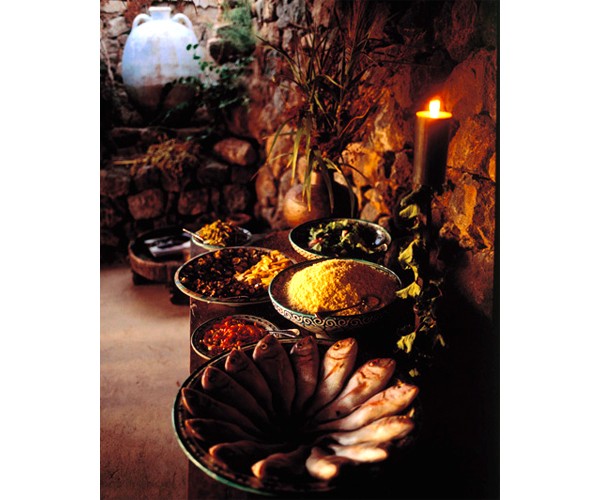 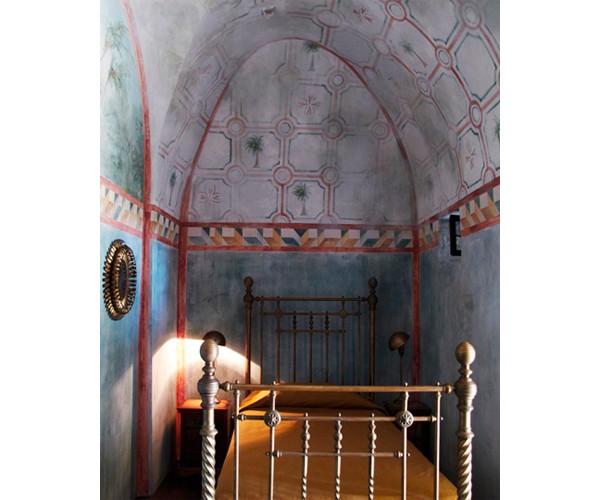 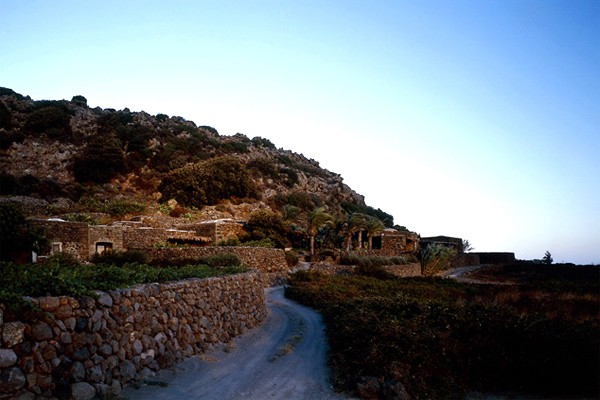 Fashion photographer Fabrizio Ferri's estate, Monastero, is the most coveted resort rental on the island. Paradisiacal, deserted, and far-removed, I wanted to mess up my life so bad that I'd be forced to retreat there in isolation. The operative word being isolation — even the most glamorous of cabanas and caponatas are kissed with loneliness in Pantelleria. 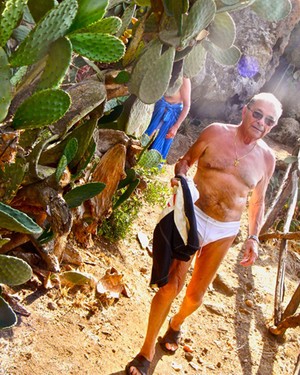 Walks on the beach can be striking, especially when you realize that you can almost swim to Africa, and only if you stay focused on the blue-grey-eyed water. Because surrounding the waves is not white velvet sand but rather volcanic rocks the color of Carine Roitfeld's black, smudged eyelids. In many parts, the wet, jagged edges are littered with cigarette butts and bottles without messages.

There's a place called Pizzeria Cafe that is neither a pizzeria nor a cafe, and a discotheque or two, where sweet, scrappy men from another era make you wonder if you should have that extra glass of grappa, hop in their Fiats, and go for it. You'll also find natural saunas within thermal caves — free and quite fun, if you're up for the hike — and prickly pears on wild branches; long and winding roads show a montage of deserted stones huts, dusty tennis courts, peasant ladies, and olive trees. Both hair and water are frizzante. 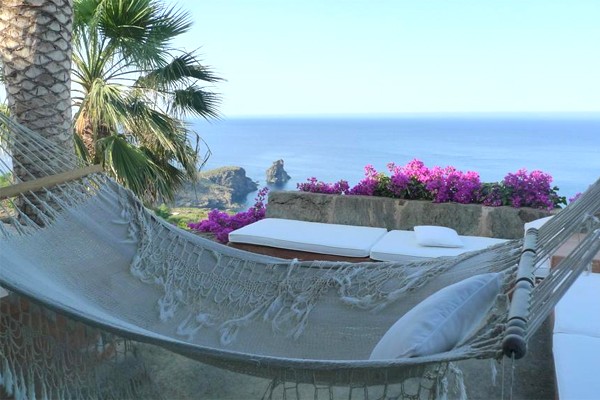 On the high-end side, Armani is around, and Isabella Rossellini, Sting, and Madonna are regulars. I saw artsy money-types in their lilac Calypso linens. The luxury rental homes are just stunning. Like Il Saguaro, which is owned by Fausto Luchetti, one of Italy's most influential olive oil aficionados. For pretty people and pleasure-seekers, that's the only way to go.

While in Pantelleria, I attended some seminars offered by Oldways, the highly-respected "health through heritage" nonprofit group. They were holding a symposium in Pantelleria to celebrate and philosophize the beauty and wellness derived from The Mediterranean Diet. My friend, Drew, was invited by Oldways, and I was his lucky guest. Basically, this meant us passing naughty notes to each other during speeches about how olive oil makes you live longer. Who do you like more: sexy translator or badgirl barista?

Drew and I had code names for everyone at the conference. There was Kato Kaelin, Sober Melanie Griffith, Super Mario, Northampton Lesbian, Gordon Ramsey, Juicy Joe. I'm sure they had names for us, too. (Poor Man's Penelope Cruz and Dwight Schrute?) Seriously though, we loved everyone and made great friends. 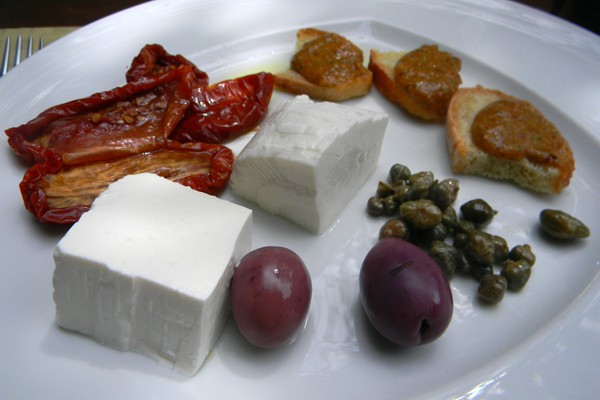 The food of Pantelleria didn't knock my bikini top off, but it's easy and light and left my skin downright luminescent. They're locovores in the most authentic sense — they only eat what they grow. Unfortunately, because of the powerful winds, they can't grow much. Expect a lovely monotony of eggplant, capers, sun-dried tomatoes, cow-based cheeses, and seafood couscous. Desserts are Sicilian-influenced — ricotta-filled cookies and mini cannoli. The food left nothing to complain about, but by the end I would have killed for a ribeye steak and wedge salad.

Over one exceptional lunch at La Nicchia, Drew and I ate/drank very well. Over pesto pasta and fresh swordfish, he said his former roommate once slept with a very famous television host (who shall remain nameless but whose last name starts with the letter L.) and that he had "like, a twelve-inch cock." (Late night indeed...) Our conversation, which led to a graphic story I heard about great sex with George Clooney in Lake Como, might have been crass, but the people of Pantelleria were happy to see us laughing and lounging, doing the lazy-sexy-do-nothing Mediterranean thing. By the way: Bravo, boys. 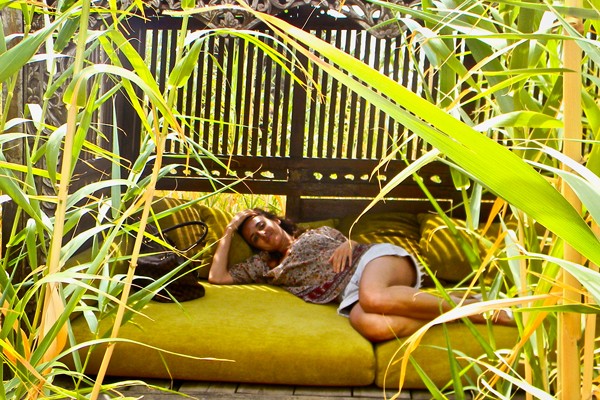 The author, in full chill-out mode.

I did leave Pantelleria a little early, not just because the lack of action triggered the ADHD I never knew I had, but because I couldn't bare to be so close to Rome, my favorite city, without one more bowl of cacio et pepe, one more cobblestoned fling.

Would I go back to the dreary-chic island, home of capers and seclusion? If I were a celebrity having a secret affair? Absolutely. If I needed to write a novel in profound peace and contemplation? For sure. If I somehow inherited a Pantescan bungalow, a dammuso as they say, with a view of the sea, and a sailboat to take me away the second the mood strikes? Si, si, si.

The easiest, most practical way to get to Pantelleria is by air from Rome, Milan, Trapani, or Palermo. There are daily flights during high season and less frequent flights off-season. The overnight ferry from Trapani takes about seven hours.

The summers are blazing with North African heat. The winters are mild, but there's absolutely nothing to do. The best time to visit is May/June or September/October.

Skip the hotels; stay in a dammuso, the 10th-century A.D. homes that are unique to and symbolic of the island. SoloPantelleria has great options.

Bring your Italian translation books. It's a hospitable place, but it's not too prepared for tourists.

Bring water wherever you go. Pantescans hydrate with wine.