Jack Murnighan, our man in Burma who likes to drink from strange bottles, traded his life as digital media executive for the simpler pleasures of life in a very foreign country. After reading this, we can see why.

MYANMAR – Everyone asks me why I'm in Myanmar, why I'm learning Burmese, why I'm studying so hard. If I just say that yesterday a young couple on the train noticed my textbook, smiled at me, and then brought me a boiled egg, does that explain? Or that after chatting in Burmaglish with my buddhist cab driver for half an hour he insisted that I take home his dinner that he had in a bag next to him?

That's not all — by far. There's a Christian family moving to America in December, and I'm helping their daughters prep for the SAT essay. The father always calls me a blessing sent by God, and they serve me beautiful food until I'm so full I have to go rest.

Last night I walked past the big mosque in search of new tastes. I ended up eating a dhosa with a Muslim man who was concerned about my blood pressure because I have no wife. Then I had chapati and potato curry with emaciated Hindu boys, sitting at the entrance to a gutted building to be out of the rain. 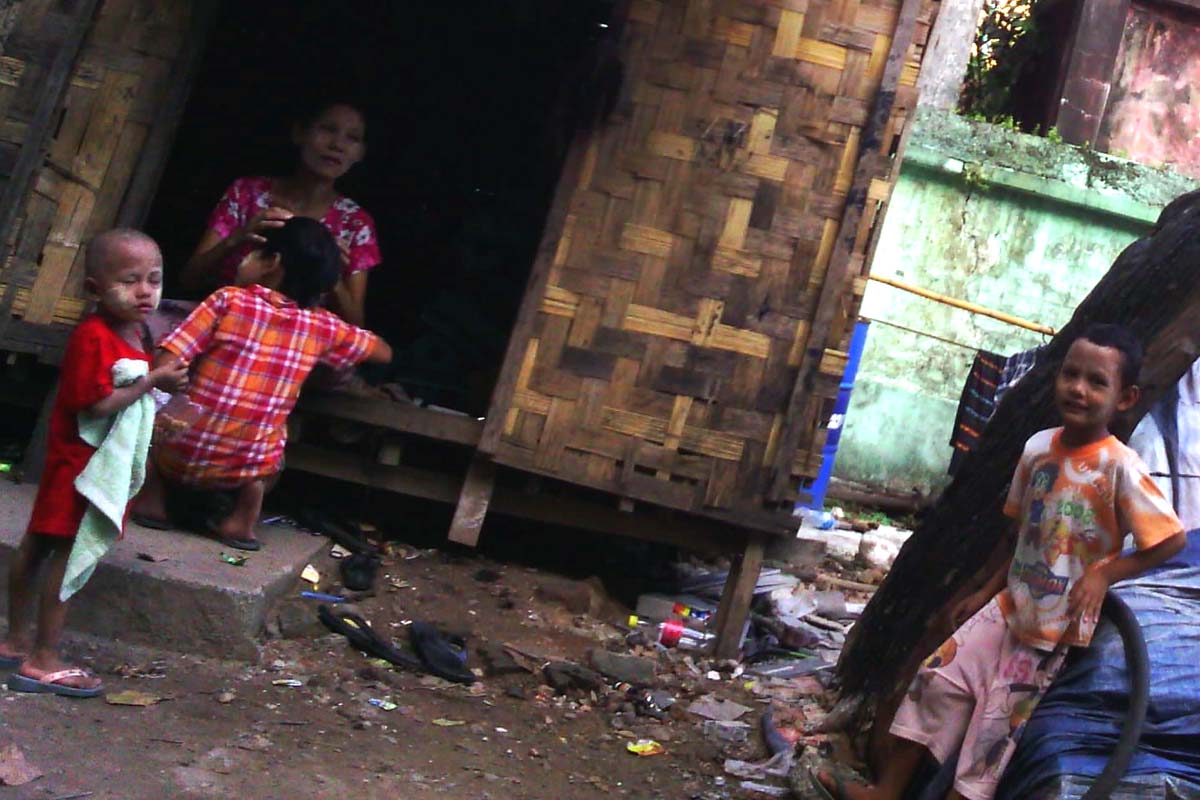 A shanty in Burma.

My Burmese conversation partner brought me shirts made in her village. She got the biggest size, and they stretch across me tautly but fit just so. One is a lovely check, the other almost a bowling shirt with very heavy embroidering. The aesthetic is markedly alien, but I suspect it is very fancy. I have been invited to the village and will go when my Burmese is better. It is the hottest place in Myanmar — hell's very hubs — but the shirts are proof against the heat, I am told.

Walking down the street wearing a pe so, the Burmese traditional skirt for men, I get thumbs up and hoots of approval from males of all ages. Women smile covertly and whisper, but I make out the words and coxcomb something sassy back to them. They laugh and blush. I stop to get a kon-ya (betel-nut chaw, what the Hindus call paan), but, again, the vendor won't charge me. He probably makes three dollars per day. 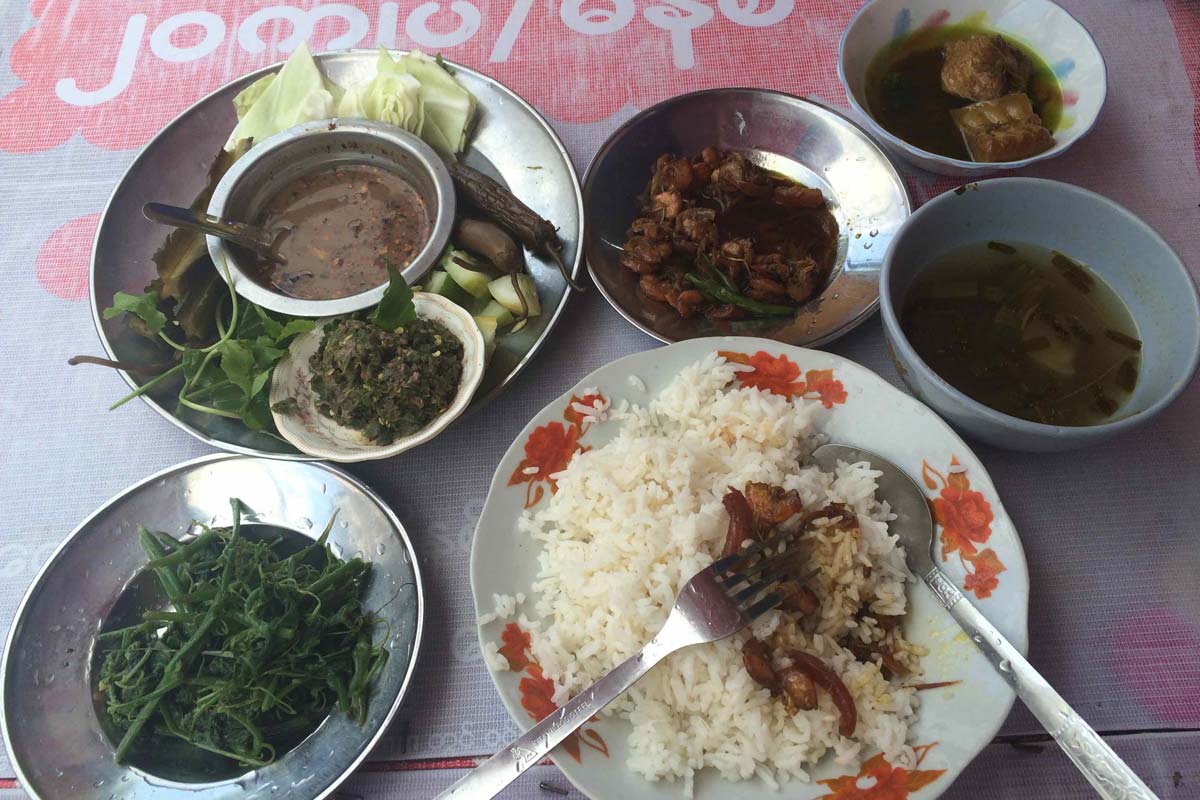 The tea vendor near the train station won't charge me either. I sit and chat with the monks and the old men, sweating through all of my clothes. I keep trying, but he won't take my money. I'm going to bring back chocolate for him and his family.

There are boatmen on the river in little skiffs that will take me and my bike to the other side. On the way, we'll dodge barges and loaded container-tankers, 100 feet high. There are villages past the far shore and industrial complexes amid the palm trees. None of it makes it onto the big map of the city, nor, of course, is it mentioned in the guide books. It will be another world.

And next year, assuming I can converse with some amount of ease, I will go far afield. Leave behind all English, all hotels, all maps. Leave electricity, running water, meat. Abandon any hope of a bed, a spoon, or any sense of aptitude. Forget familiarity.

To have and have not — the life you've known and its teeming opposite, each putting the other in starkest relief. It's a recipe for gratitude. Why would I not learn Burmese?