For a truly special occasion (you're in London!), check into tony digs at The Milestone hotel.

There's no shortage of well-appointed luxury hotels in London. Still, The Milestone, a flagship property of Red Carnation Hotels, stands out as one of the best. Thanks in large part to the hotel's intimate size and prime location at the corner of Hyde Park, a visit feels more like a trip to a very tasteful and well-to-do friend's home than a regular hotel stay.

It's all about service here. A five-star hotel at its old-school best, the staff greet you at the door with a "welcome home" every time you enter. After a few days, you begin to almost believe the fantasy. (It's not hard to get used to 24/7 butler service.) And that's just the start of it.

Two of the hotel's three concierges are members of the elite Golden Keys. I thought that secret concierge societies were the stuff of Wes Anderson's very vivid imagination (as seen in the Society of the Crossed Keys from The Grand Budapest Hotel). Not so. Their concierges can open doors almost anywhere in the city and will happily impart wisdom about everything from under-the-radar art museums to the newest place to see and be seen. (Currently Sexy Fish restaurant, apparently.) I even overheard a concierge work his magic to procure tickets to a sold-out Adele concert. Should bring your pet along, there's a full-time pet concierge to look after your four-legged friend's every need. 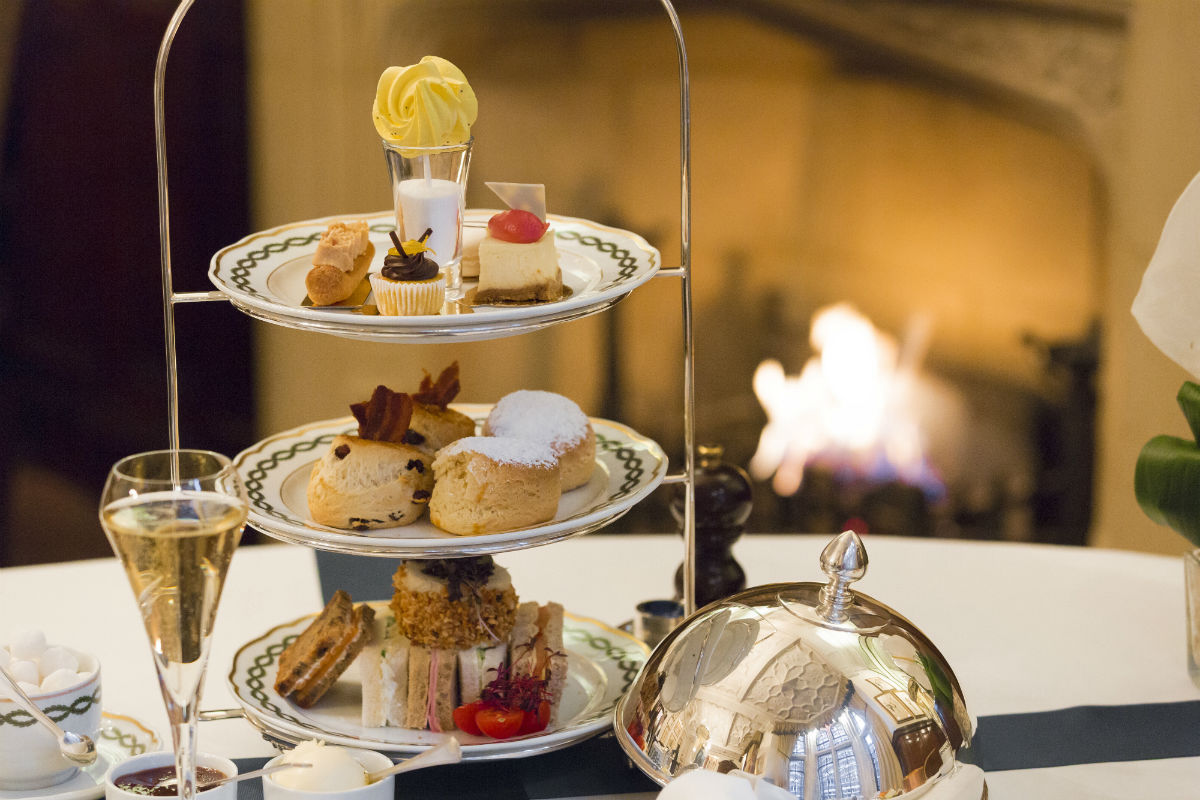 The hotel is built into two historic buildings from the 1880s that have previously been private homes, a Jesuit boys school, and, for a time, a lunatic asylum. The structure fits all the amenities you could need into its intimate, cozy spaces. The warm Stables Bar serves excellent pre- and post-dinner drinks. The Conservatory is the perfect spot to sit and read the paper. The Living Room — and its prime sofas by the fireplace — hosts one of the city's best afternoon teas. Breakfast, lunch, and dinner are served at Cheneston's Restaurant. Downstairs is a small but well-stocked gym, a resistance pool, a sauna, and a spa. 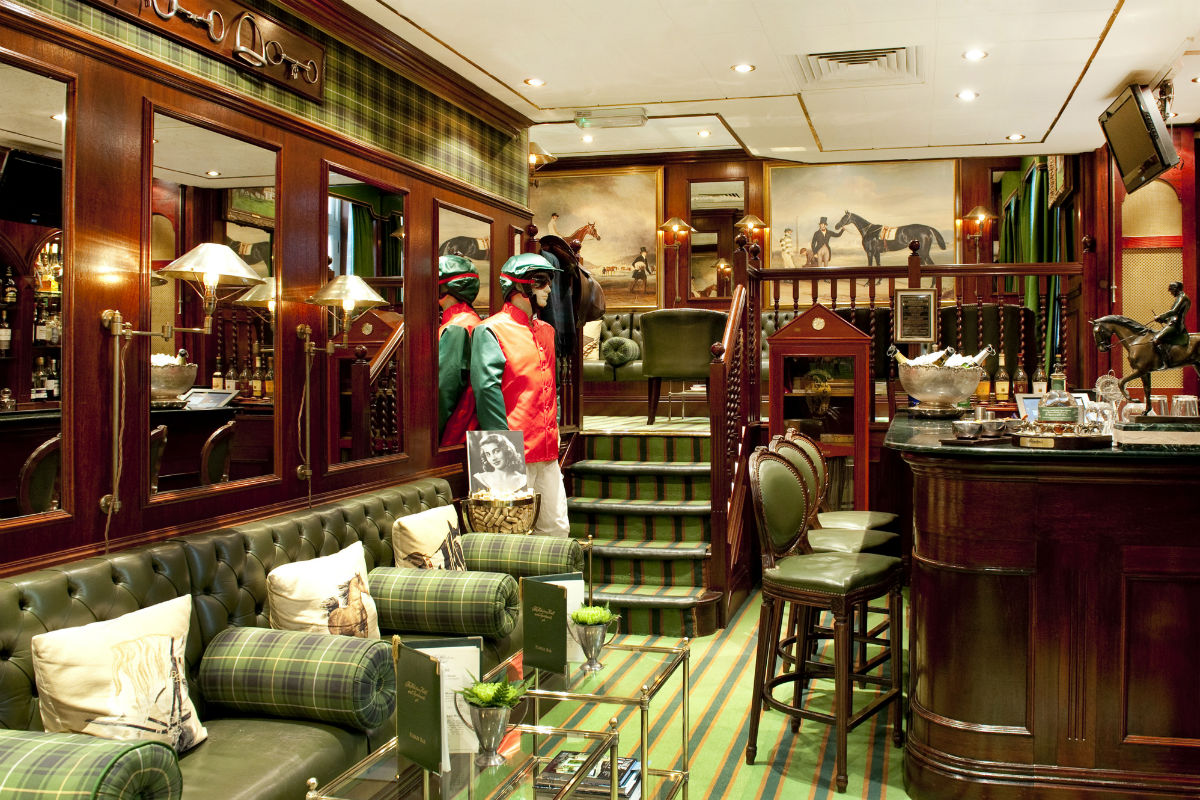 Stables Bar at The Milestone. 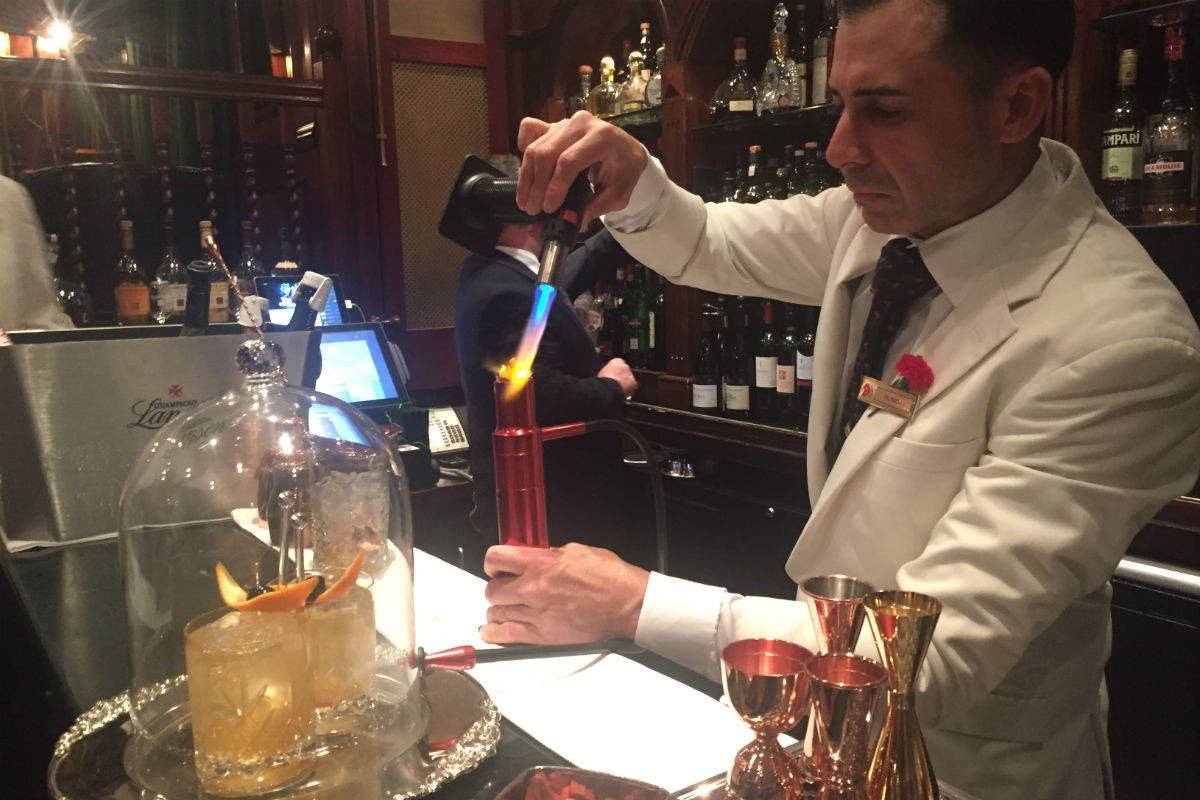 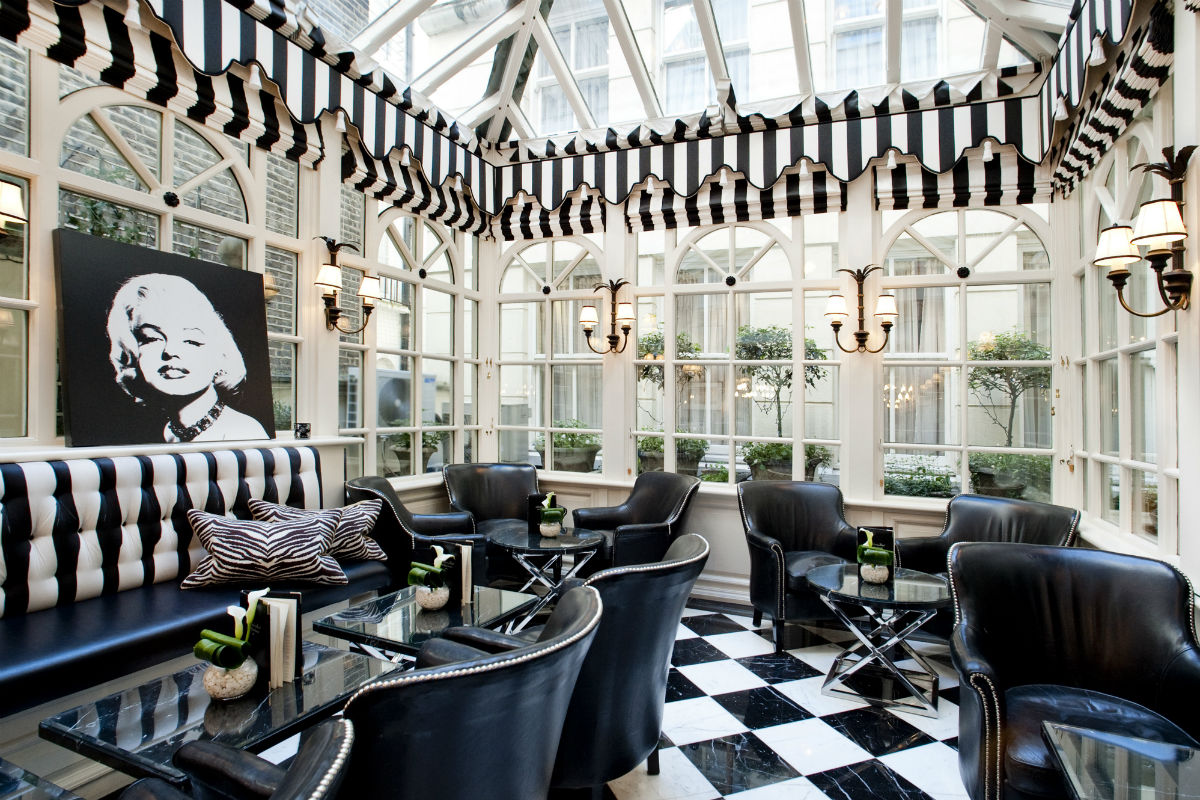 Breakfast is served as a Continental buffet or a la carte at Cheneston's. (I recommend eggs Benedict.) Room service is a major highlight at The Milestone, and breakfast is the way to enjoy it. Another major highlight is afternoon tea, with its many varieties and seasonal menu. For Father's Day and in the fall, the hotel serves a gentleman's tea that includes hot savories and a beer and whiskey tasting, in addition to the usual sandwiches, scones, and baked goods. Champagne tea and gluten-free options are available for guests with special dietary needs.

A great evening starts at Stables Bar, where bartender Plinio will whip up the hotel's signature Old Fashioned. This is not your typical cocktail. Its creation involves fire, smoke, and hand-carved ice cubes. It's quite a show, and also quite delicious. The hotel's owners also have their own South African winery. Don't miss their house wines.

Cheneston's dinner menu includes both traditional and modern English dishes like chicken pot pie and pot roast dover sole. During my visit, everything was excellent, but dessert was a favorite. (Ah, the honeycomb ice cream.) 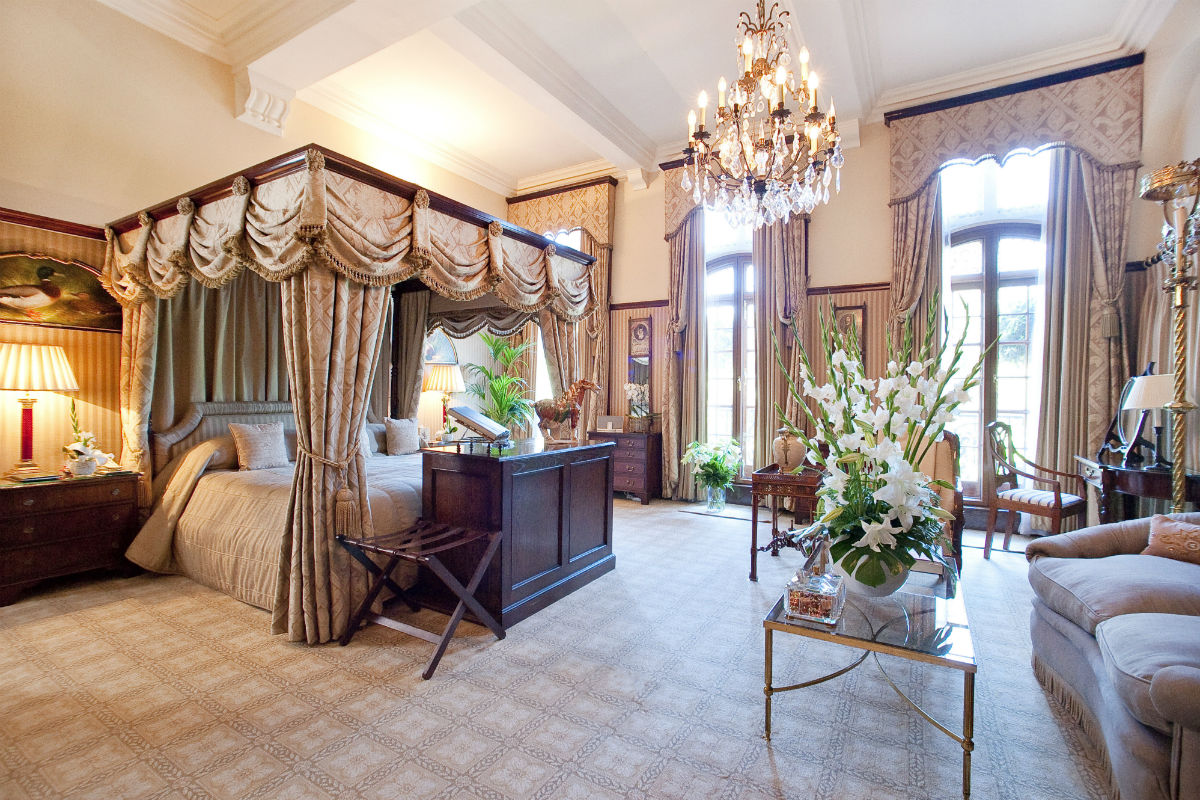 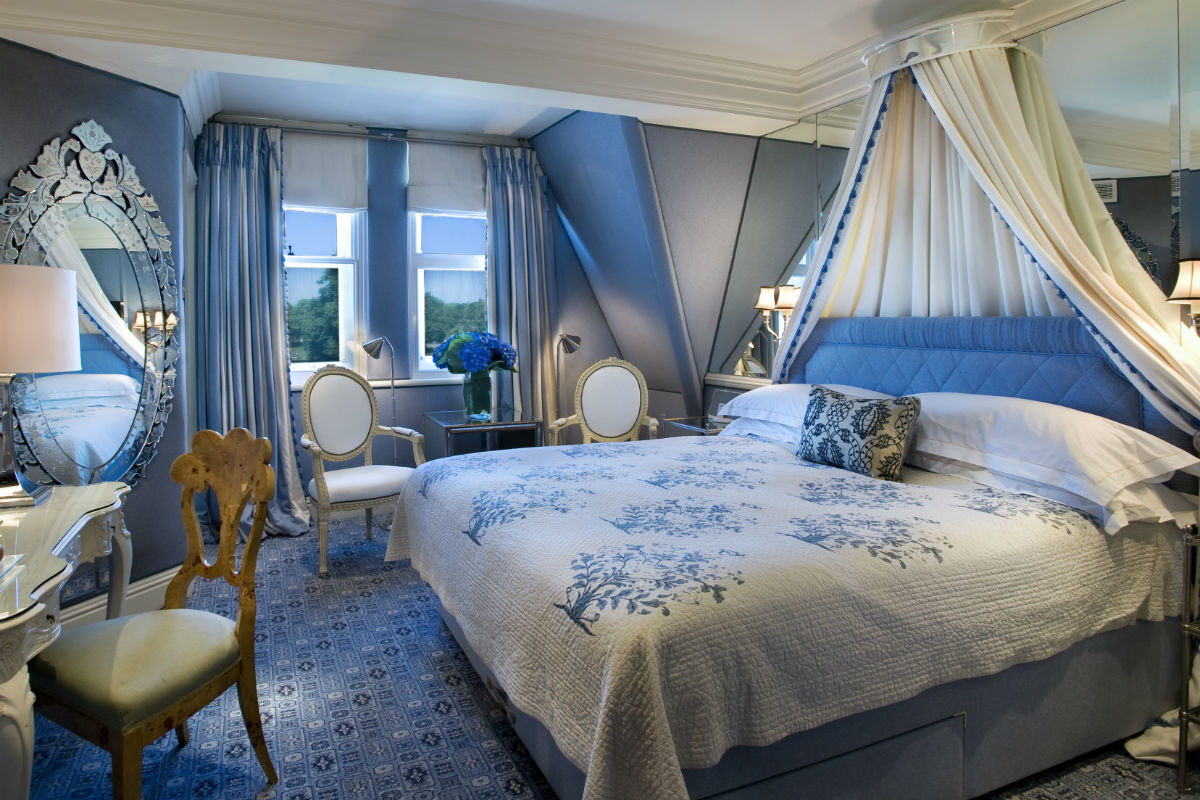 There are 56 rooms and suites and six long-stay apartments. Each room has a unique aesthetic, and no two look alike. I stayed in the charming Mistinguett Suite, named for the famous French cabaret dancer. It was totally ladylike with red accents and a plush fur blanket draped across the bed. Other standout rooms include the Viscount Suite and Regency Suite with four-poster canopied beds and beautiful old leaded windows overlooking Hyde Park and Kensington Palace.

Each room has full-size Penhaligon's toiletries and many bathrobes (I had four in my room alone). Each night you'll find a homemade sweet — macarons, apples with caramel dipping sauce — on your coffee table and a little gift on your pillow. The service here is a dream.

This Hotel Is Perfect For

Couples celebrating something special like a honeymoon, anniversary, or birthday. And for anyone who appreciates great service and really comfortable beds.

And Not So Perfect For

Anyone on a budget. Or those who need to be in the center of the London action. Part of the hotel's charm is its utter lack of a scene. 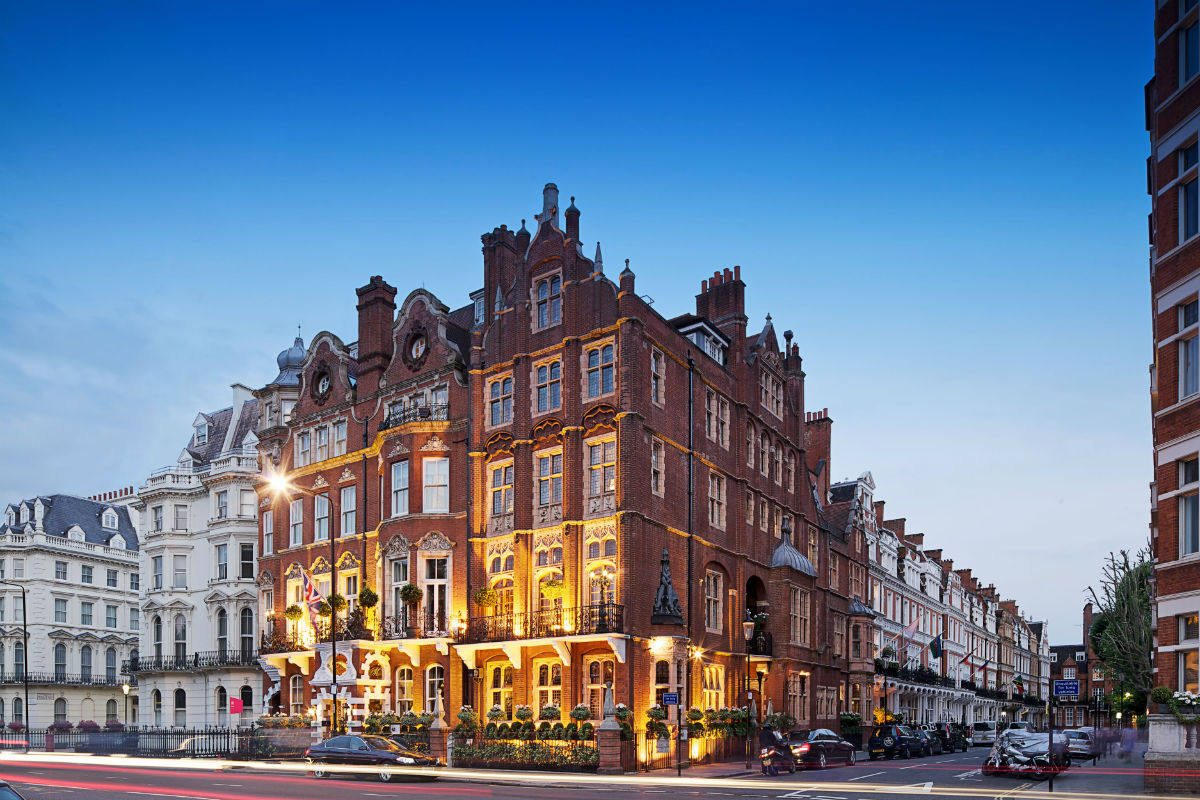 The Milestone is quiet and upscale. 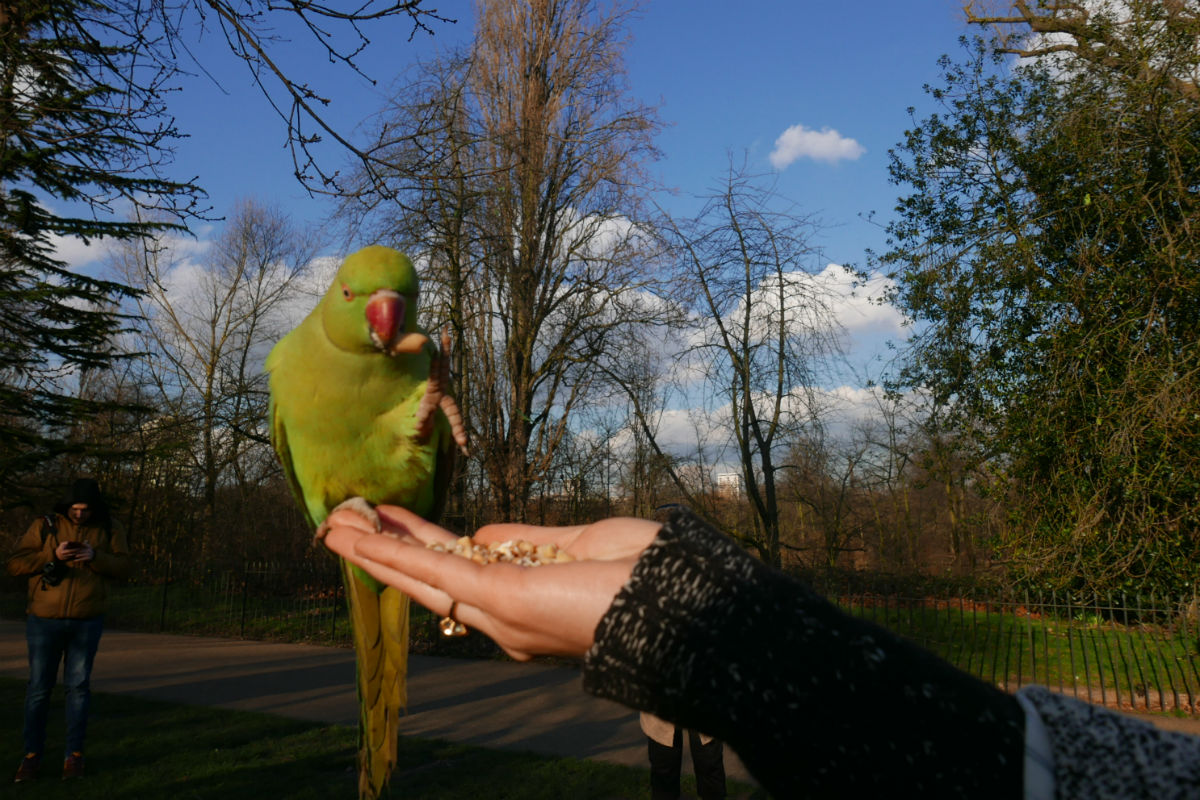 Kensington, once considered a countryside retreat from London, is known today as an upscale, quiet neighborhood, not unlike NYC's Upper East Side. Beautiful, well-kept houses line the streets, and you're never more than a few minutes away from gorgeous Hyde Park and Kensington Palace, home to William and Kate. Those craving a bit of action will find lots of energy on Kensington High Street and Kensington Church Street, two major shopping hubs located a few blocks from the hotel's front door.

Things to Do Nearby

Stroll or jog through Hyde Park and stop into Serpentine Gallery. From there, head toward the Peter Pan statue (there are signs for it) to find a tree with dozens of bright green parakeets living in it. According to the wonderful Milestone doorman, the birds are escapee pets from local houses and now call Hyde Park home. Bring nuts or seeds and hold out your arm, and they may come snack out of your hand.

A number of London's great museums like V&A and Natural History Museum are a short walk away. In late 2016, Design Museum is making a much-anticipated move to Kensington High Street, too.

In the evening, stroll past Kensington Palace into neighboring Notting Hill for a drink at one of the many wine bars and local pubs. (I liked the Hillgate.) Later, head back towards the hotel and catch a show at Royal Albert Hall. It's worth visiting for the architecture alone, though we saw Cirque du Soleil's Amaluna there and it was delightful. And get this: The hotel will send a lovely butler (ask for Nick!) along with you to sit in your box at the theater and ensure your glass of wine never goes empty.

If you're coming from NYC, add to the whole "treat yo self" vibe and fly as I did, on La Compagnie, a newish boutique airline with business-class-only routes between New York, Paris, and London. There's no rush onboard to claim limited overhead stowage, and there aren't as many screaming children. If you're lucky, like I was on my return flight, they'll serve a three-course, chef-prepared dinner with champagne pairings from Piper-Heidsieck. Most importantly, prices for a round-trip ticket start at just $1,500, a fraction of what most major commercial airlines charge for business class these days.

Currently, La Compagnie flies from Newark Airport EWR) to London's Luton Airport (LTN). While Luton is somewhat far from the city, it had no passport control line, no baggage claim delay, and no wait at security. If you've been stuck in a three-plus hour immigration line at Heathrow (and haven't we all...), you understand the value of that situation. Plus, The Milestone will send one of their (handsome and super knowledgeable) drivers to scoop you up in one of their Range Rovers or Bentleys, which are fully equipped with snacks and WiFi. Bonus points to our driver for pointing out David Beckham as he cruised past the hotel in his own Bentley Jeep. Yes, that's a real thing.