Adventurous cooking. Rage baking. Stress eating. Worrying times call for comforting foods. Put on an apron. Cook to experience the world or get back to your roots. A good recipe and some patience in the kitchen are all it takes to bring global flavors home.

Our collection of favorite recipes from international chefs and well-traveled cookbook authors from around the world will help get you there.

A dish of Tunisian origin, possibly dating back to the Ottoman Empire, and possessively beloved by Libyans, Egyptians, Moroccans, Algerians, and Israelis alike. Simply put, it's a traditional Middle Eastern breakfast and lunch dish consisting of baked eggs and tomatoes. 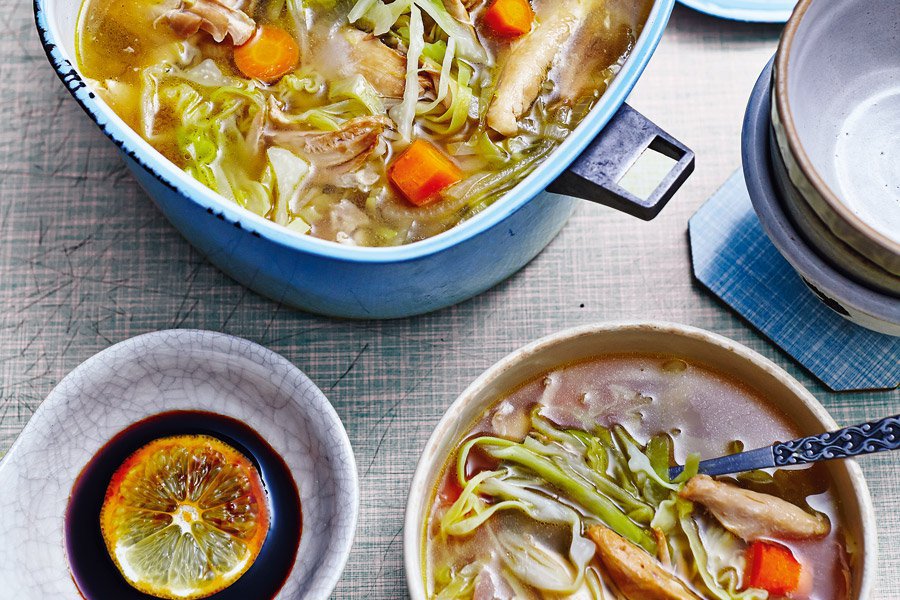 A staple of the Philippines, poached chicken simmers in a nutrient-rich broth that is restorative and good for your health. 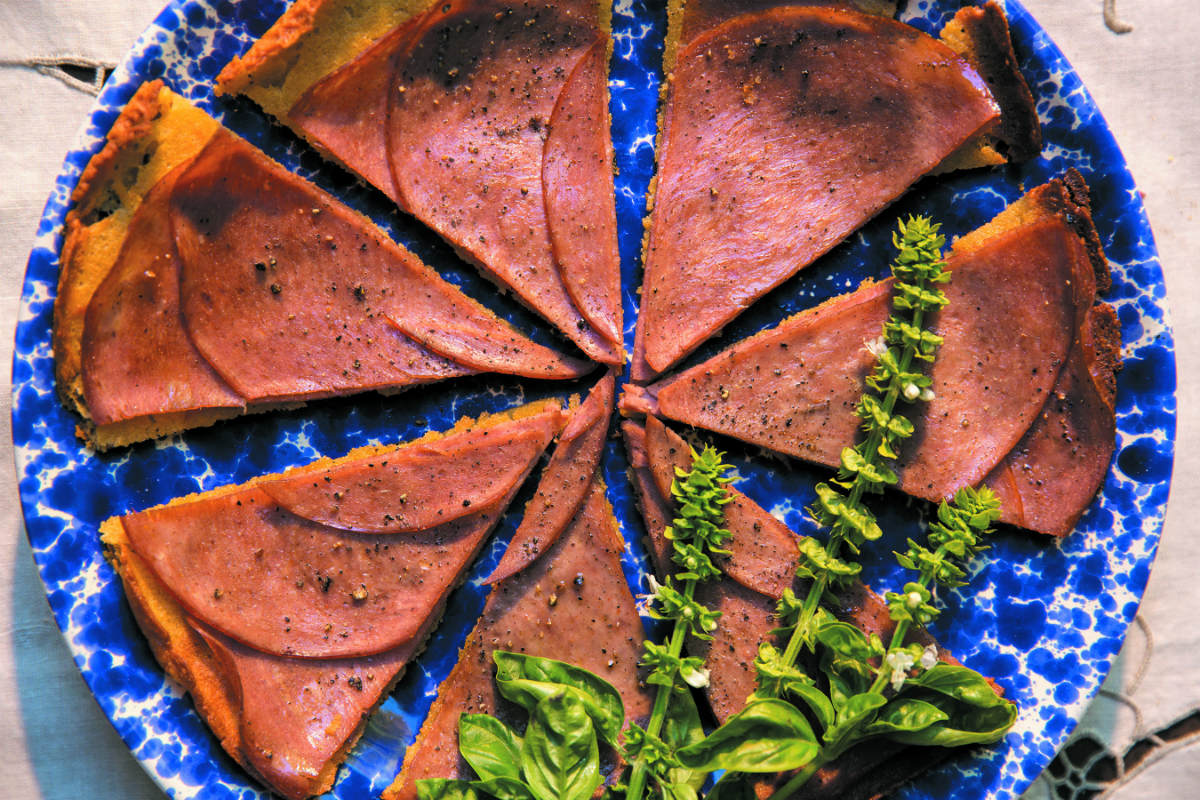 A thin, simple chickpea flour pancake appetizer that's terrific with nothing more than cracked pepper can be enhanced with a topping of thinly sliced mortadella or roasted red pepper strips. 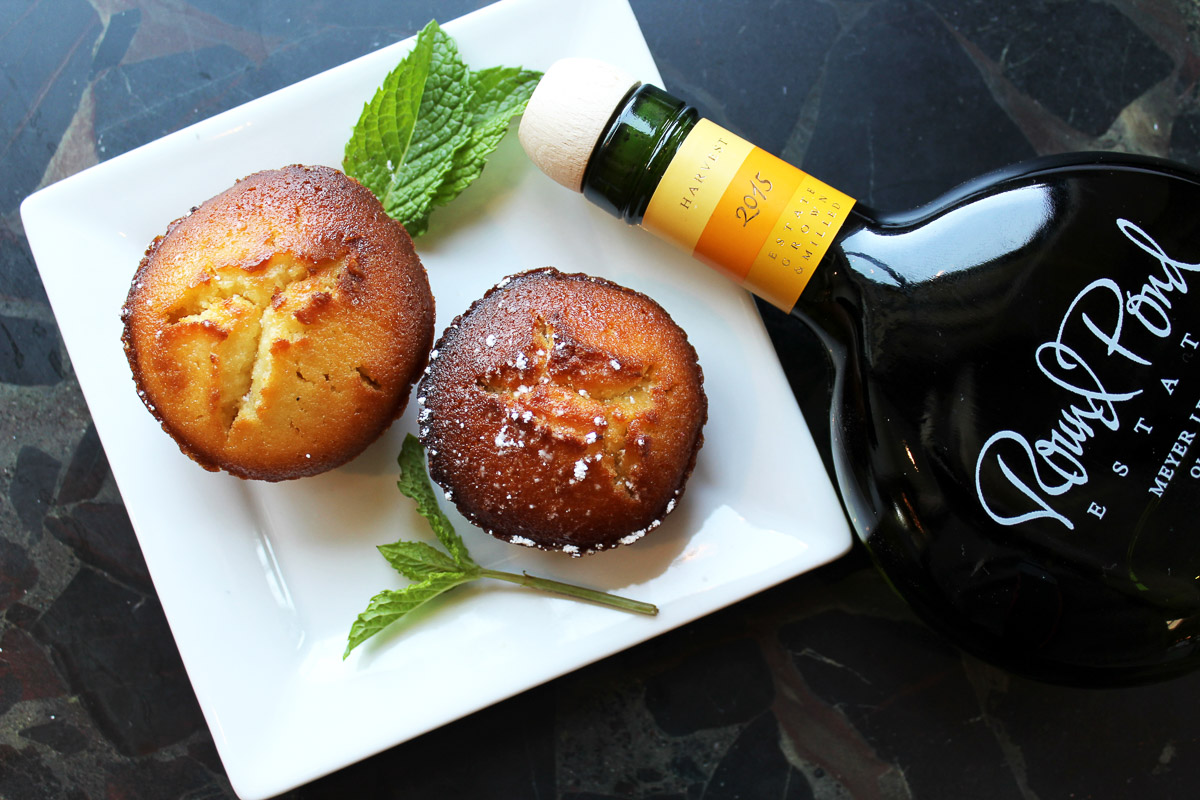 Photo courtesy of Round Pond Estate.

The chef at Round Pound Estate, a small vineyard with a thriving olive grove, shares the estate's go-to recipe for a sweet and simple cake where olive oil plays a starring role. 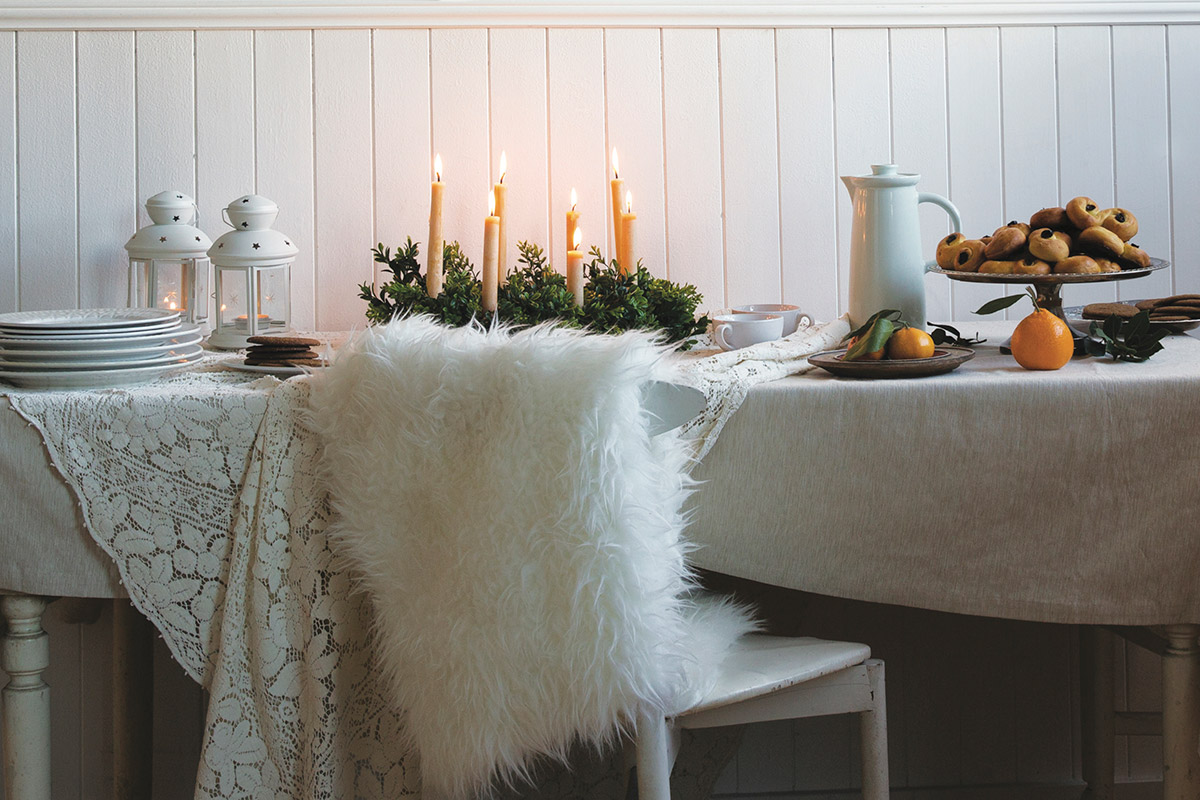 Come December, cities and towns throughout Scandinavia (and American cities with large Scandinavian populations) celebrate St. Lucia's Day with music and candlelight. For a casual festivity of your own, bake Swedish pepparkakor (sugared gingersnaps!) to serve with coffee and cider. 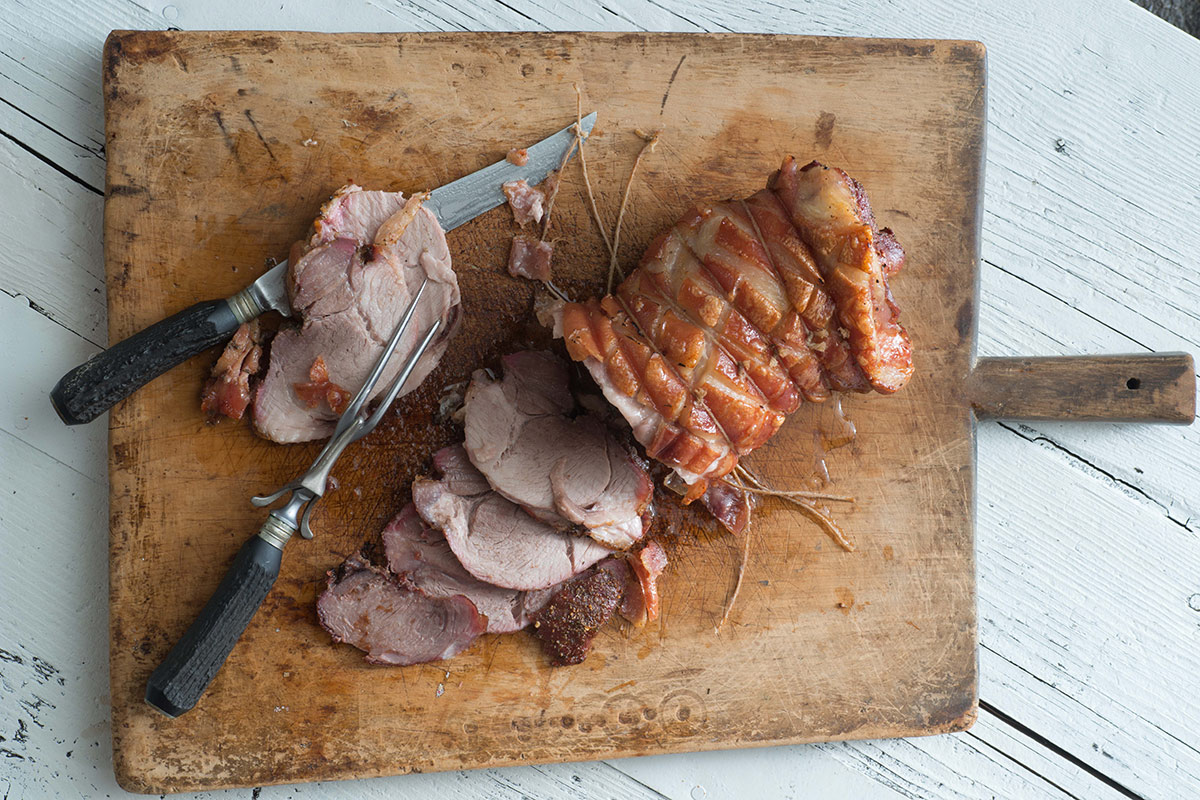 Learn how to cook mouthwatering porchetta from one of the greatest pork butchers in Rome. No passport required. 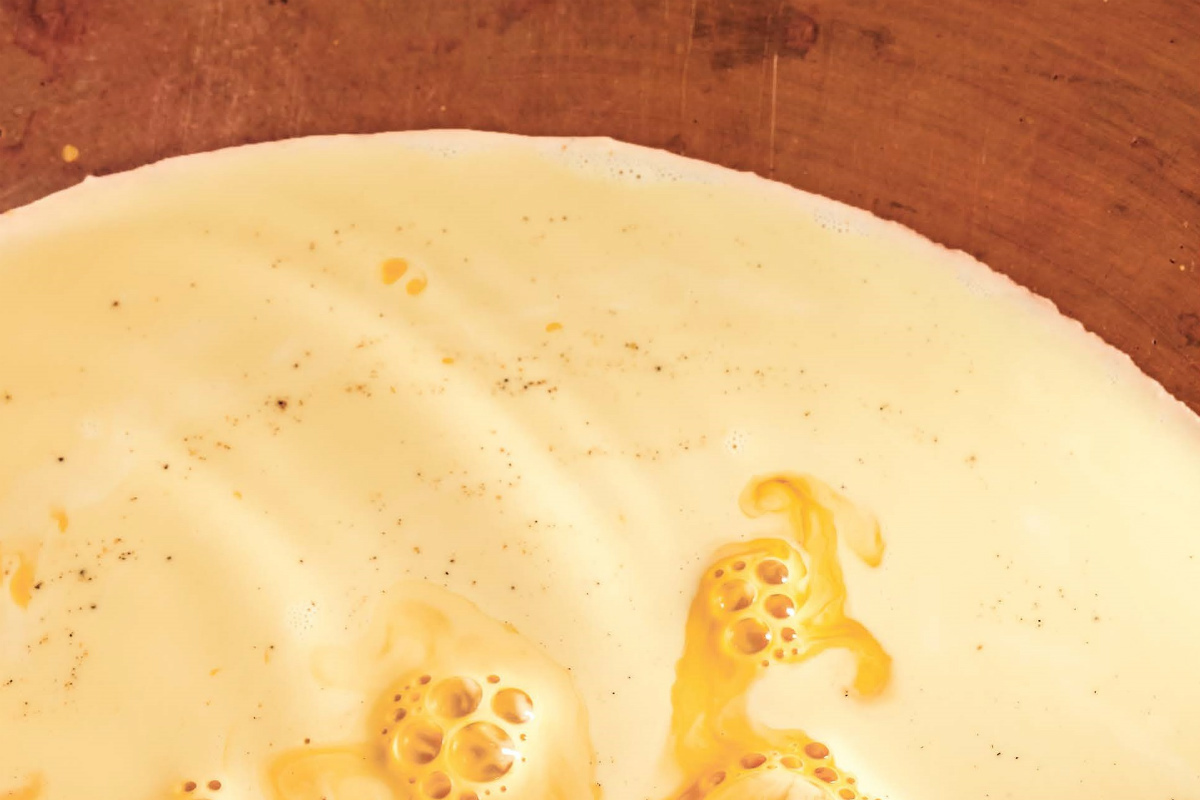 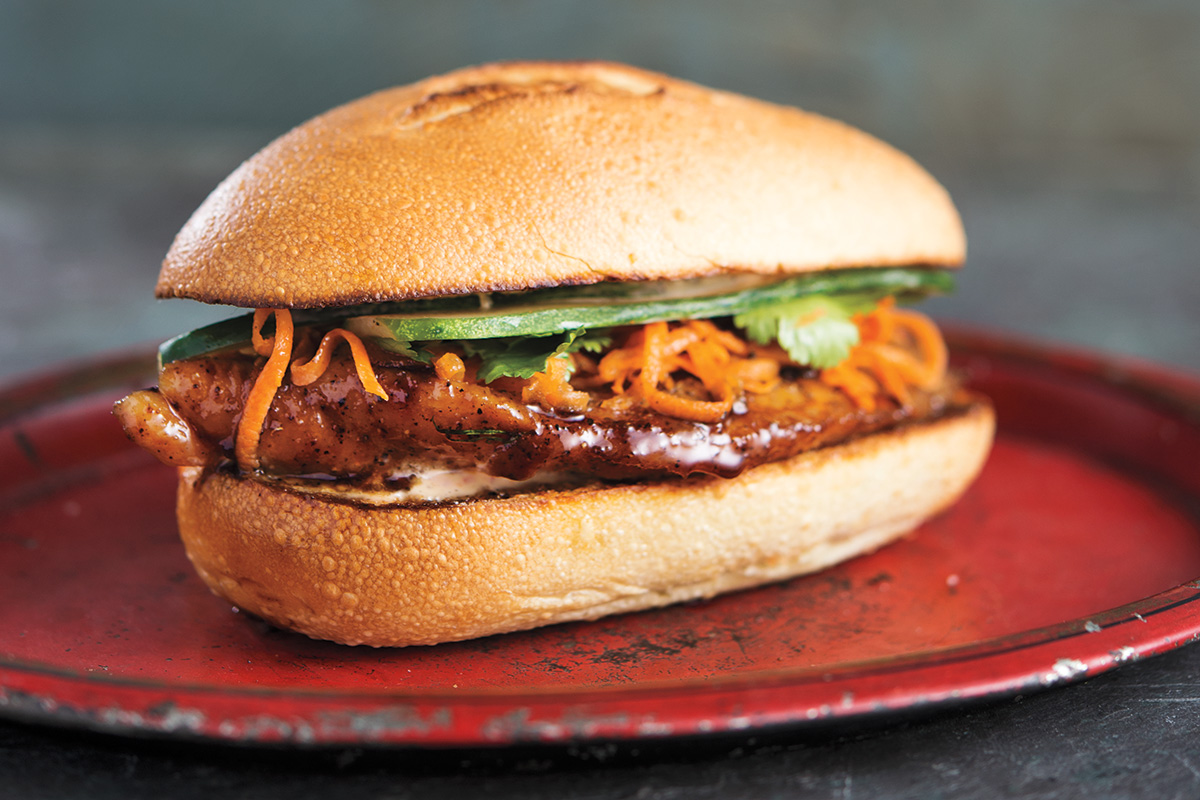 You can now make one of New York City's most popular sandwiches, which was inspired by traditional sweet-and-spicy clay-pot catfish, from the comfort of your home kitchen. That's one less line to stand on. 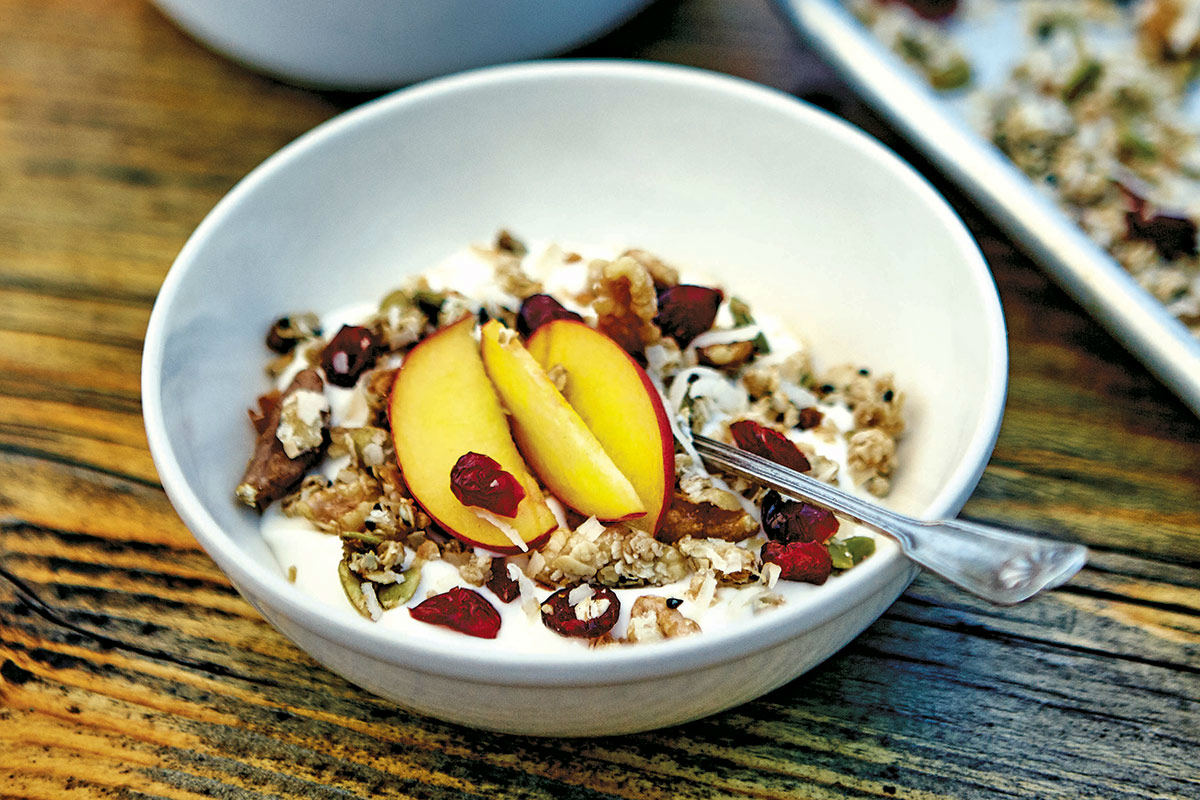 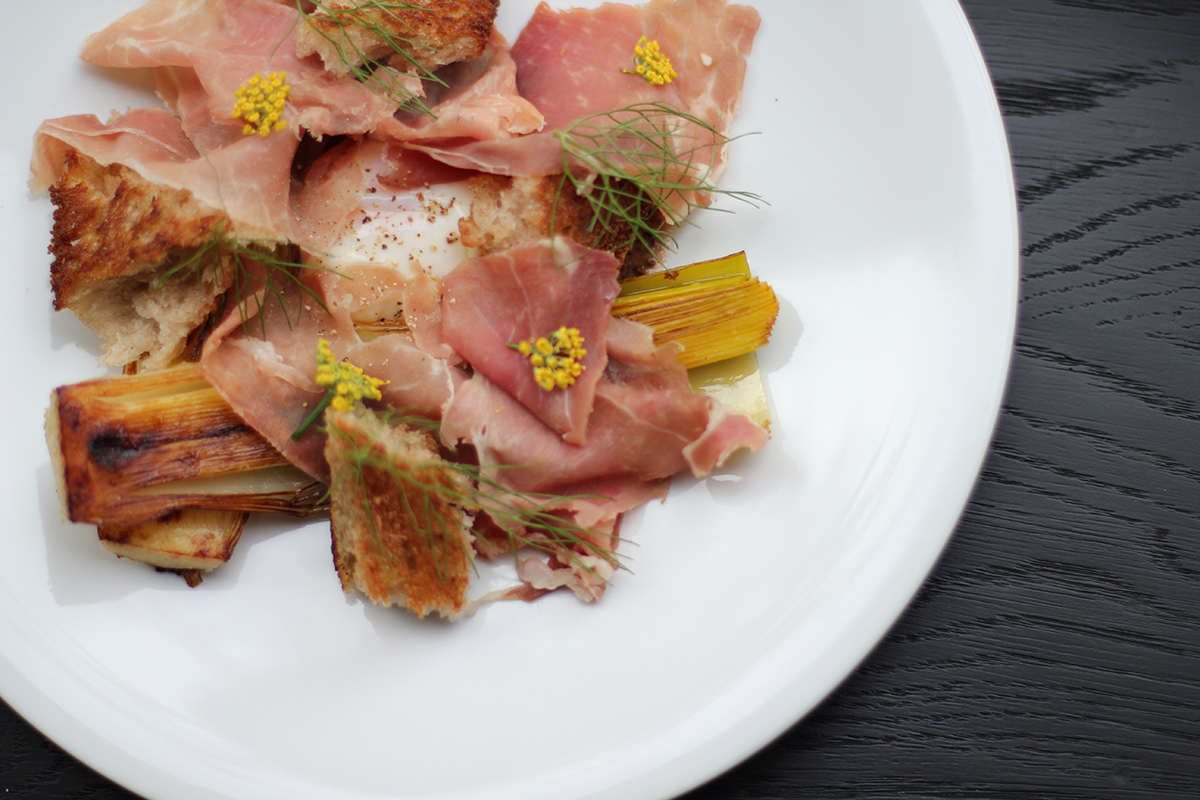 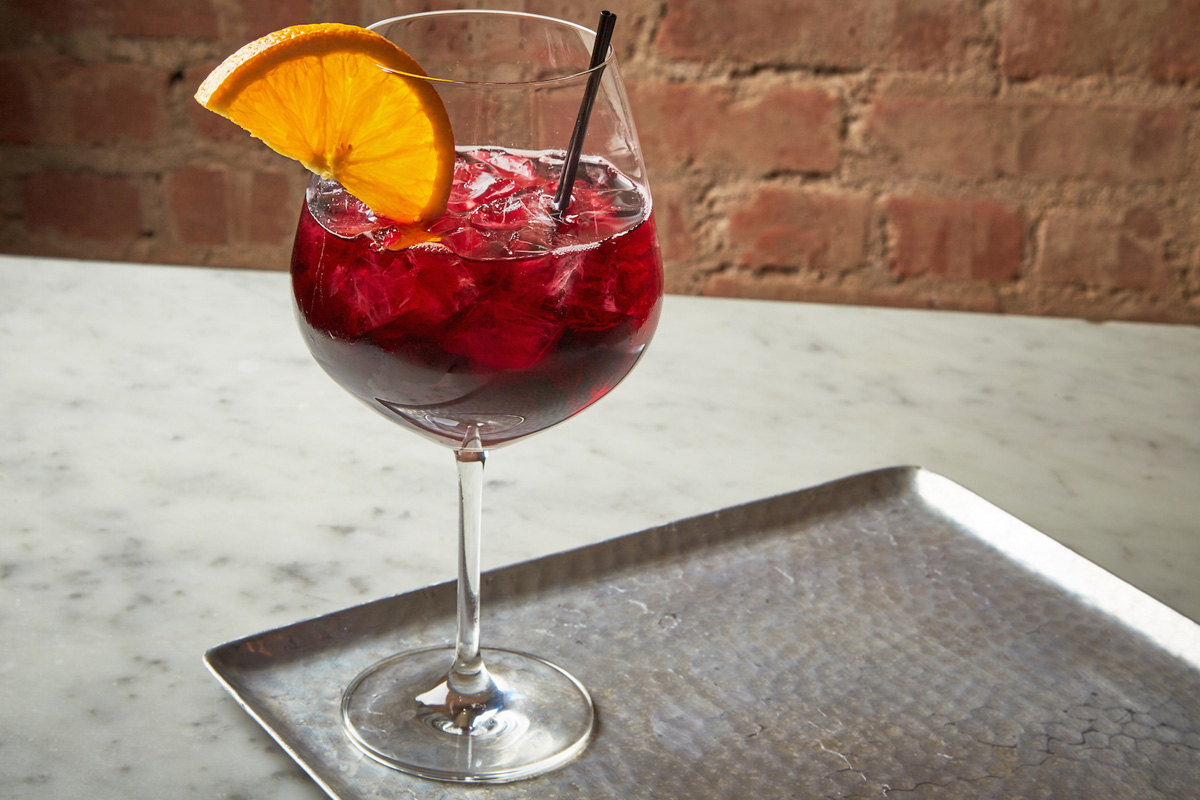 The new take on the classic aperitivo is only served at one restaurant in the United States. Now you can make it at home. 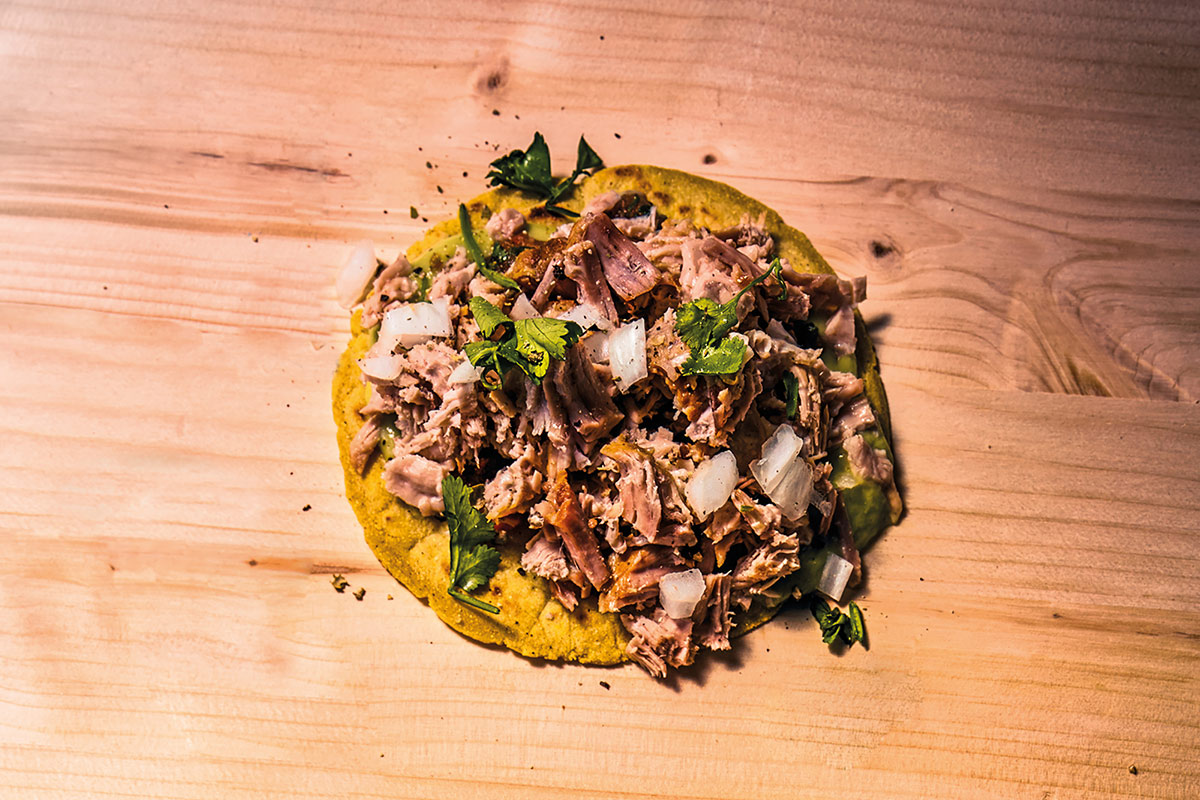 In Mexico, you often see tin vats filled with oil and meat simmering over dying embers by the side of the road. In this case, pork is cooked for several hours in lard and spices until it's tender and juicy and falling apart. 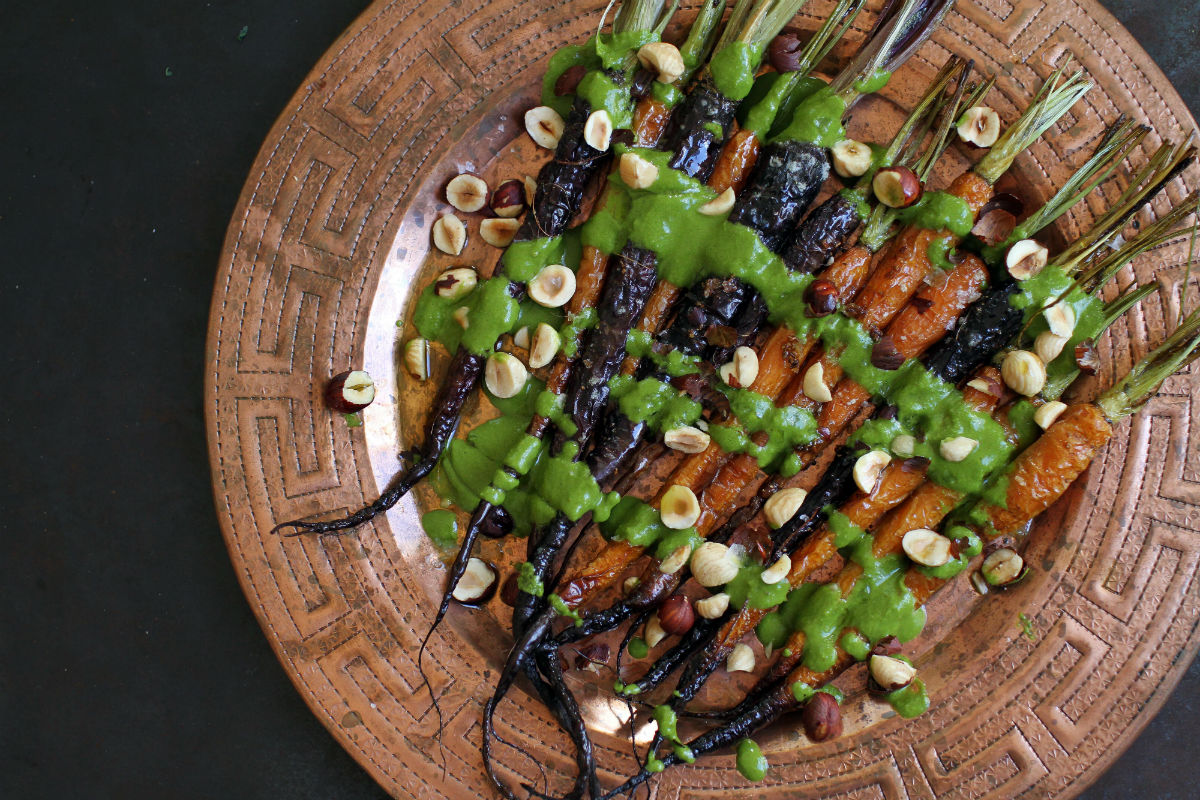 A healthy and flavorful carrot recipe from the new online mag — and soon to also be LA restaurant and market — Botanica that steals flavor notes from Morocco, Tunisia, and Algeria and is completely vegan. 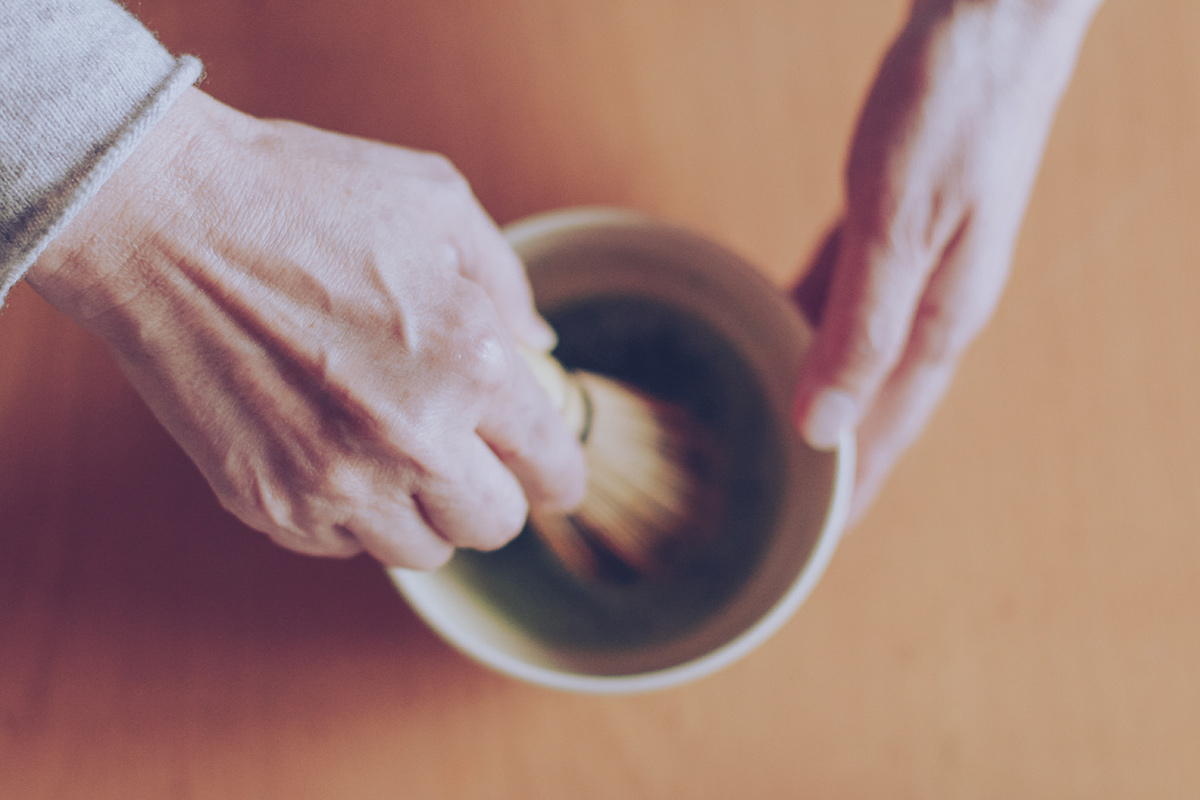 Usucha, the most popular preparation of matcha, means thin (usu) tea (cha). Flavors are deep, creamy, grassy, and nutty. The mouthfeel is thick and velvety, similar to fine espresso. 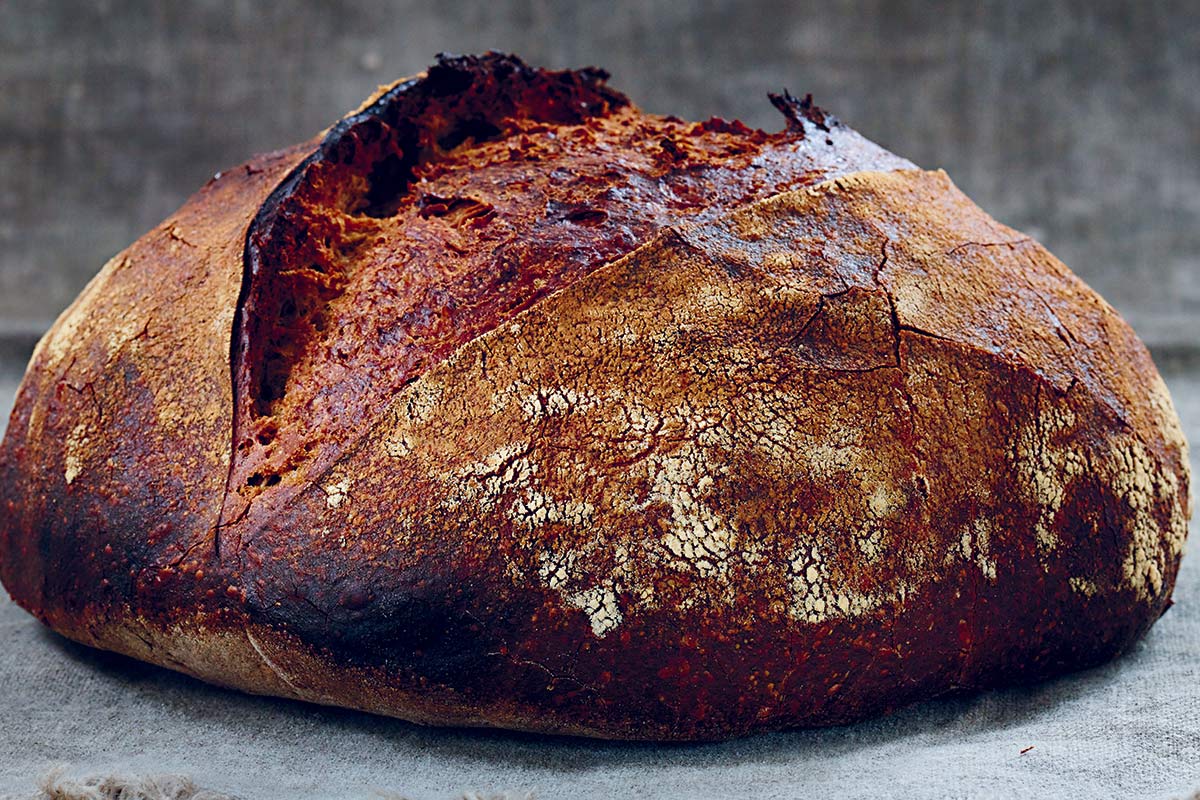 A subtle and slightly sweet bread with a dense crumb inspired by the Lithuanian rye at Brooklyn's Jubilat Provisions makes for great winter comfort food. 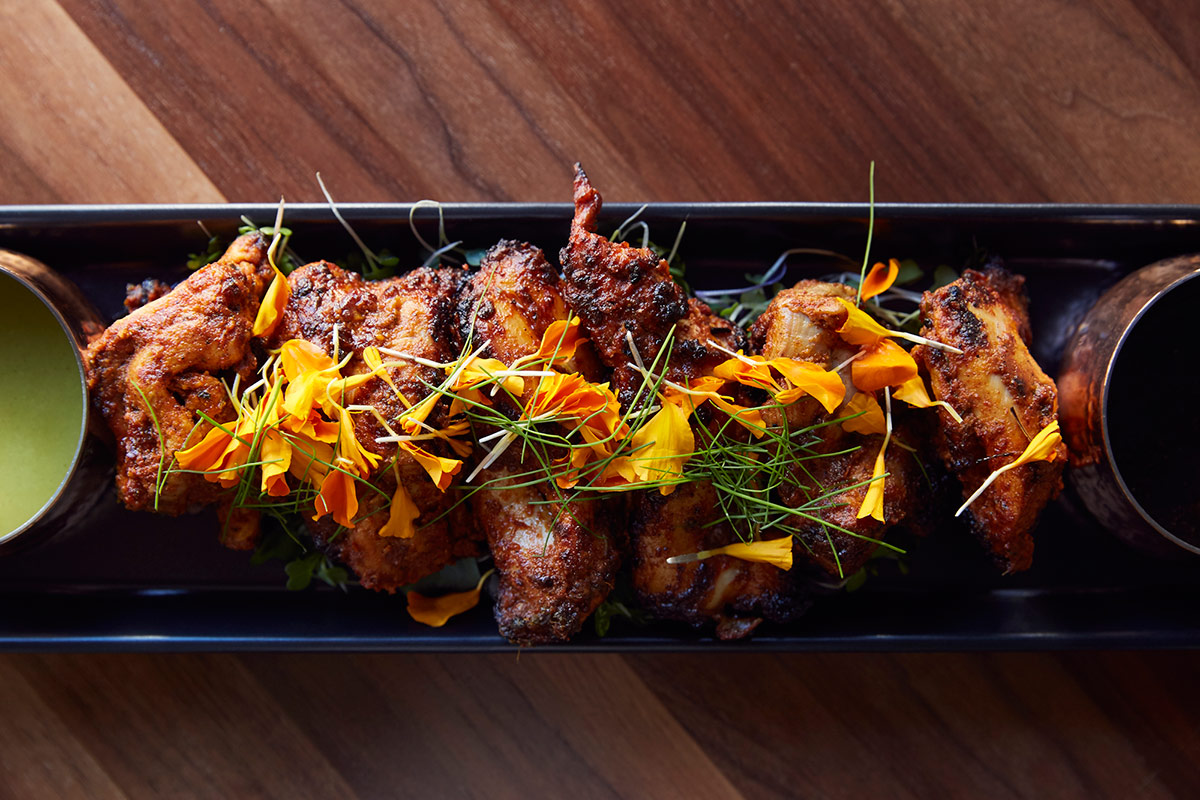 The chef and co-owner of New York and San Francisco's popular Indian restaurant Babu Ji shows us how to make tandoori chicken that's tender to the touch and easy on the eyes. 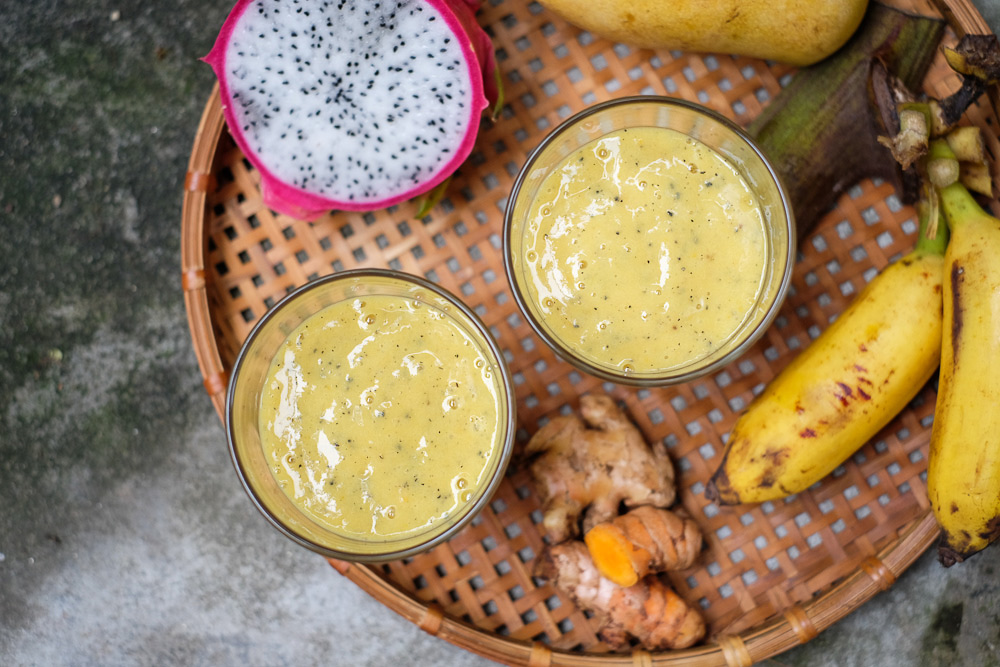 Photo courtesy of The Funnelogy Channel.

A colorful and flavorful smoothie made with mango, ginger, turmeric, and dragonfruit inspired by Vietnam's golden city, Hoi An.

Fried Eggplant with Honey and Rosemary

Traditionally, this Andalusian dish is served with cane syrup, but honey has a more complex flavor. Throughout Spain, there's a range of honey as varied as the landscape. Any type accents the crisp and salty shell of these eggplant rounds.