We scoured the world to uncover the most innovative and special holiday gifts for the travelers in your life. We came across more than a few gems, but one brand in particular, Sabah, stuck out. Fathom editor Berit Baugher made her way to the Sabah House in New York City for a Q&A with founder and modern-day traveling shoe salesman Mickey Ashmore.

Sabahs are magically comfortable and well-made leather slip-on shoes, which are produced in limited quantities in Turkey and sold exclusively from the Sabah House in Manhattan.

Each pair is handmade with high quality leather by cobblers in southeast Turkey. The cobblers are trained in a disappearing skill of hand-stitched shoe construction, unique to Sabah, which has been cultivated over generations in the ancient bazaars of Turkey.

By employing this special technique, the cobblers create footwear that is remarkably comfortable and simply well made. Sabahs are constructed from hand-selected materials and specially tanned leathers designed to travel and age gracefully. They are made to last. 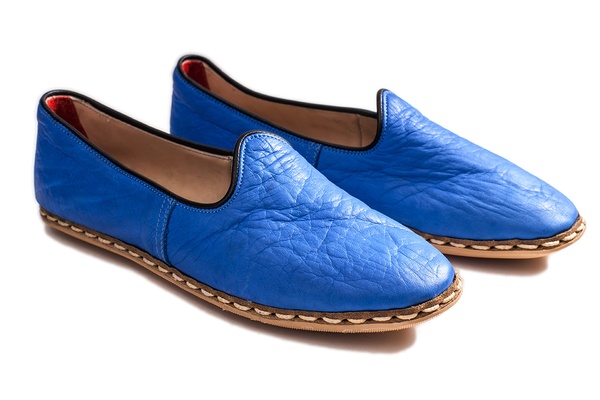 Tell us about Sabah. How did the company come about? What inspired you to start the business?

Sabah was inspired by my time spent traveling and living abroad.

I lived in Istanbul as an expat from 2010 to 2012. From the Turkish grandmother of a summer love, I was gifted a pair of leather slippers that would quite literally change my life. These shoes lead me to create Sabah.

After placing my feet in the slippers for the first time, I almost never took them off. They were a traditional Turkish slipper — aesthetically made for a genie with magical powers of comfort and durability to match.

I wore them everyday and everywhere I traveled: the beaches of France, nights out dancing in Beirut, work trips to Munich, Ireland, and Portugal, and hiking through Morocco. I even polished and paired them with a tuxedo to a fancy Turkish wedding aboard the famed Savarona steamship. One of the few non-Turks onboard, and the only one donning traditional Turkish slippers, my footwear was a hit. Despite the fact that the shoe style had fallen out of favor with the Turks, I, the Texan living in Istanbul, had become its biggest fan.

A year later, in that same pair, I was back in NYC. My friends and even strangers on the street were always asking me about them and commenting on how beautifully worn-in they had become. Unable to find anything similar on the market, I sought out the original craftsman in Turkey through my friend's grandmother. I needed a new pair. What started as the search for shoes became the creation of my brand. Over the course of the next year, many trips to the ancient bazaar, and many mistakes (I did not know a thing about shoemaking), I launched Sabah in June 2013.

By utilizing traditional construction technique and skilled craftsmen I had come to know quite well, I created a more modern design and better fit using higher quality leathers and a replaceable natural rubber outsole. We make every pair by hand with the original craftsmen and have hired and trained more as we expand the Sabah atelier in an effort to grow the craft and, in turn, our business. 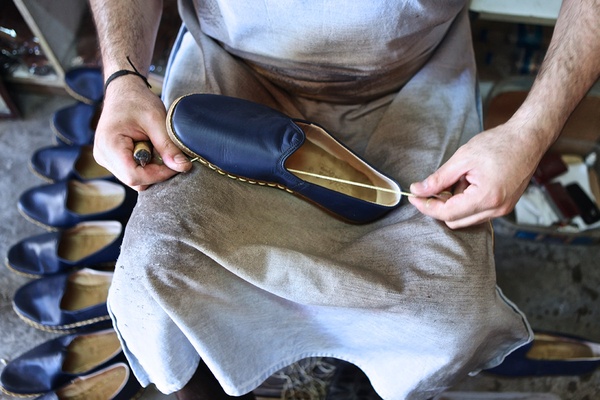 Each pair of Sabahs is stitched by hand.

What did you do before launching Sabah?

I worked in finance and strategy for Microsoft. I took every opportunity to travel, including with my job. So I'd say before I started Sabah I was a traveler…and now I am a traveling shoe salesman.

Always, with my travels, the people I meet along the way are more significant to me than the places I see or the sites I visit. Likewise, I've always enjoyed hosting and entertaining — bringing people together over good music, good food, or whatever makes sense. After spending a month in Kazakhstan for work, I returned with 10 liters of Kazakh vodka as well as Kazakh attire, and hosted a Kazakh vodka party at my apartment. It seemed appropriate.

My personal interests — travel and hospitality — have now become my business. They have inspired an older approach: No e-commerce, no wholesale. Sabahs must be purchased through a real interaction, not just a transaction. As such, our customers become our friends and even friends with each other. Just like traveling, for me, the rewards of Sabah are the people I've met along the way.

Did you have any personal connections to Istanbul before starting Sabah?

I traveled to Istanbul once, alone, and spent five days there during college. Without knowing exactly why, I loved my time there and always wanted to live there someday. And then I did. I still get a giddy feeling every time I cross the Galata Bridge from Sultanahmet into Beyoglu. Istanbul is majestic.

What challenges come up when managing a company overseas?

My biggest challenges have always been communication and aligning incentives. I speak Turkish, but communicating with people from another culture is also about mentality. I've had to learn (and am still very much learning) what is important to the individuals we work with in Turkey. How do we align our interests and goals to be successful together? It's not simply about money.

I try to avoid the concept of deal making in terms of winning and losing, instead working to both get what we want. The hardest part for me is trying to figure out exactly what the other side wants. 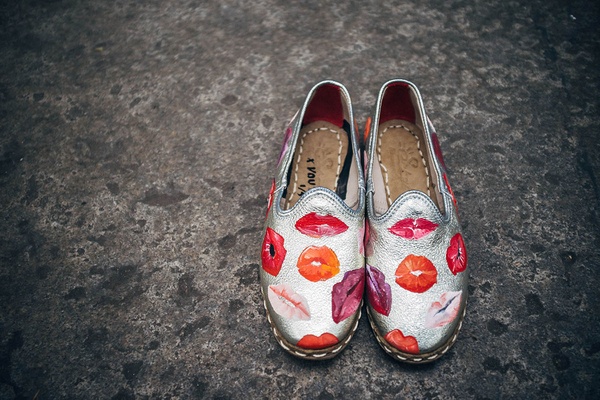 Tell us about a lost in translation moment.

When I moved to Turkey, I was not immediately granted a work visa so I spent the first 30 days as a free man. I hopped on a plane and immediately flew to the Mediterranean coast where I rented a car and proceeded to drive back to Istanbul, alone. One day, I stopped at Kaputas Beach outside of Kas to take a photo of a beautiful view. A man in sailing attire muttered a few words to me in Turkish, I nodded my head and said "tamam" (Turkish for okay), and turned to take my photo. At that time I did not know a word of Turkish. When I returned to my car 30 seconds later, the sailor was in the passenger seat of my Renault. He wanted a ride. Mehmet and I spent the next three hours together listening to Turkish pop while driving the coast at sunset. We had a nice time.

How often do you travel to Istanbul?

Nearly every six weeks and I spend ten days there. A good amount of those days are spent with our craftsmen in the southeast where we produce Sabahs.

Tell us a favorite moment from one of your recent trips.

A favorite moment of a recent trip was with our craftsmen in the atelier where we make Sabahs. We usually spend about 30-percent of the workday discussing food and then eating food. The town where we make Sabahs is known to be quite gourmet. Orhan, the owner of the atelier, decided we would have a special lunch. He called all of his favorite vendors around town: the butcher, the vegetable vendor, the baker, the ayran distributor…you name it. Forty minutes later a tray of piping hot lamb and eggplant kebabs arrived with a stack of steaming pita bread and a few glasses of ice-cold ayran. In a cramped room amongst dangling slippers, piles of leather and tools, we dug in. It was the best meal I've ever eaten in Turkey. 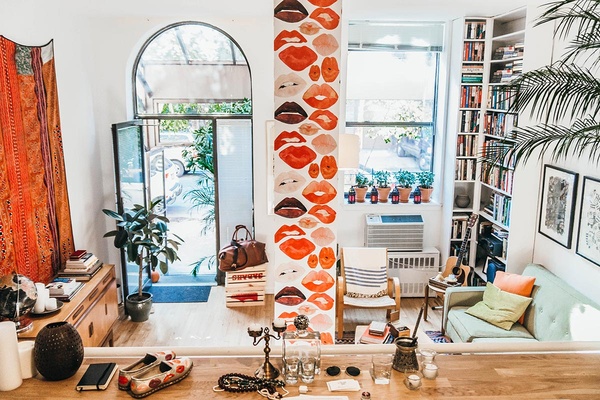 What are Sabah Sundays?

I started the business by selling Sabahs from my home on Sundays. I had a full-time job and Sundays were the only day I consistently had free time. It started with a few friends trying on shoes over bottles of wine, then the next weekend friends of friends came and we drank a few more bottles of wine. The next thing I knew people were just showing up and we'd end the night dancing. One of my original customers, Blakely, who is also a good friend, exclaimed, "It's Sabah Sunday!" And so it was born. Now, over a year later, Sabah Sundays continue to be a mainstay of our brand and occurs on a monthly basis. They can be quite an extravaganza…not at all about selling Sabahs, but really about bringing people together and having a fun time. 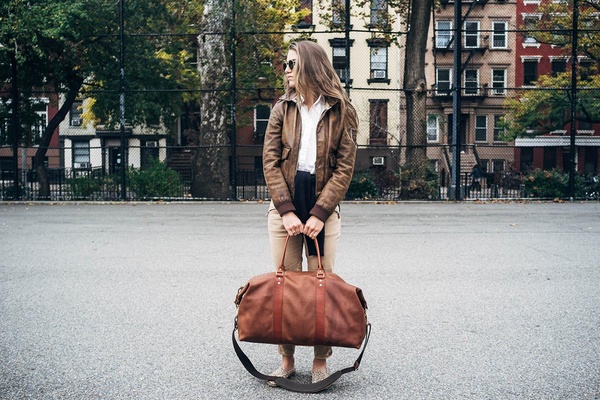 What's next for The Sabah Dealer? Any new products on the horizon?

We just launched a leather bag — similar to Sabahs — made of high quality materials and constructed to last. We thought about travel in every aspect of the design and came up with a five-day traveler that will truly stand the test of time. One pair of Sabahs and one Sabah Traveler bag and you are ready to go. It's being produced in America rather than Turkey. We found an exceptional group of skilled makers in Connecticut, just an hour-and-a-half away from the Sabah House.

How can the lovely people reading this get a pair of Sabahs?

Simple. Send me an email at thedealer@sabah.am. I'm always quick to respond.

From there, you can schedule time to visit the Sabah House in Manhattan, meet us, have a glass of wine, and peruse our wares. Otherwise, if you cannot visit, I will send our email ordering guide. We accept email orders and send Sabahs all over the world.

In the meantime, readers should check out our Instagram. It's a good place to get an idea of what we do and how we do it.