A moon landing, an unfathomable idea just a half century ago, is quickly becoming the next big thing in travel. At once exotic and familiar, the moon's dark volcanic maria and ancient crustal highlands beckon to those looking for a change of scenery. But it's not always what it seems. Eve Epstein goes where no (wo)man has ever gone before, and realizes that the second brightest star in the sky doesn't hold a candle to Earth.

THE MOON – It seems like only yesterday that space travel was a pipedream in the mind of an English megalomaniac, so when Fathom contacted me to follow up my first contribution by taking a press seat on the first commercial Moon voyage, I thought they were pulling my leg; it isn't until I'm standing at the boarding gate that I fully realize just how far space tourism has come. The basic itinerary is this: six days (three each way) on a super-plush aircraft and four days in a Frank-Gehry designed hotel you can't leave unless you want to explode. 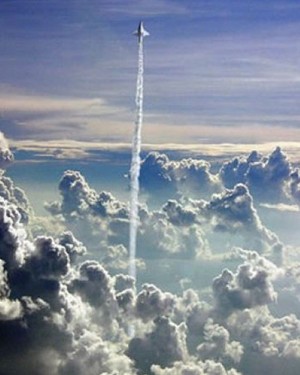 The three-day voyage there is, of course, no ordinary flight. Your $200,000 ticket gets you a bit more legroom, naturally. And there's the whole zero-gravity thing, which is pretty cool — at first. It starts to get old when the creepy mustachioed tanorexic from Boca floats over and "accidentally" brushes your boob for the fourth time. After that, I prefer to stay strapped into my seat, thank you very much. I watch all twelve episodes of From the Earth to the Moon on the excellent entertainment system and then fall asleep for the remaining 60 hours of the historic voyage.

I wake up just as we are pulling into the gate at Moon Colony VM-1. It feels good to stretch our legs. But, we are told, we shouldn't get any big ideas about going off on solo crater hikes — everyone's required to stay inside the colony, which is a fully enclosed and climate-controlled area of about two city blocks. The entire place is run like a totalitarian kindergarten for remedial five-year-olds by a power-drunk tour guide named Brad, who pretty much thinks he invented the Moon. Brad, or BrAdolf as we take to calling him behind his back, is on a power trip that makes your local TSA agent seem positively submissive. But even he can't ruin the breathtaking views of Earth afforded by the Colony's transparent dome.

At time of publication, there was still only one hotel on the Moon, The Wynn Satellite, and it has all the modern comforts, with some adjustments made for Lunar gravitation and rotation (simulated 24-hour days, padded ceilings for that newfound extra spring in one's step). Philippe Starck may have been an unoriginal choice for the interior design, but he was the right one: the walls, spattered with brightly colored nebulae, blend seamlessly with the view outside, and the liberal use of upholstery keeps things safe and comfortable. To be honest, though, the joys of a small boutique hotel are dimmed when you can't point to the megaresort down the beach and deride its patrons' tacky getups and rowdy shenanigans. It gets a little lonely, just you and eight other guests staring out into the noiseless void outside your windows. Fortunately, dinnertime interrupts my solitary reverie. 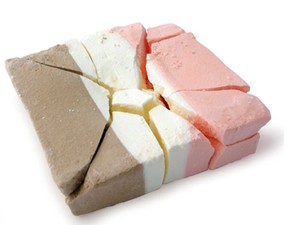 Every restaurateur from Bobby Flay to Ronald McDonald has his eye on the Moon, but for now we must content ourselves with the in-hotel restaurant, Tranquility, whose simple Italian fare is a clear improvement on freeze-dried ice cream but nothing to phone home about. The service is abominable, but what else is new? The main issue plaguing lunar cuisine is ingredients: nothing grows there, and cultivation has been challenging due to inclement conditions, limited water supply, and nights that last about 400 hours. To be safe, I steer clear of anything boasting the use of "local ingredients." After dinner, I strap myself into bed and fall asleep as soon as my head hits the pillow.

The next day we finally get our chance to venture out. Temperatures on the lunar surface range from -243° to 253°F, and there's no real atmosphere to speak of, so a fully enclosed, hermetically sealed space suit is a must-have. Fortunately, there are some wearable options: Stella McCartney designed the sherbet-hued one Oprah wore on her first space flight, and, contrary to what you may have heard, Chalayan for Opening Ceremony's "Deconstructed" space suit is actually completely airtight and safe. For the budget-conscious, there are blogosphere rumblings that Guillaume Henry is designing Target's first Go Intergalactic line for next fall, with prices starting at only $59.95 for an asymmetrical number with reflective panels that resemble sequins. Please remember, sizing is the same as on Earth — while you will weigh less on the moon, your proportions will remain, alas, constant. 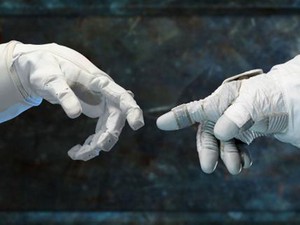 We struggle into our suits and head out eagerly, only to find there's not much to do once you get out there, and BrAdolf the Funocidal Maniac makes sure to break up our game of space tag before it really even gets started. In the end, we all just sort of wander around looking for moon rocks small enough to sneak home. The whole scene is a little bleak and for some reason puts me in mind of  T.S. Eliot's line from "Preludes": "The worlds revolve like ancient women/Gathering fuel in vacant lots." After that, it's back to the Colony for cocktails, dinner, and bed — and an early rising time for the flight home.

It's true what they say: Once you've seen the Earth from space, you never think of it the same way. For one thing, Earth has way more of just about everything. People, fish, air, food, ice buckets, restaurants, helicopters, gravity, radio stations, babies, Gillette razors and even, rather annoyingly, space-related souvenirs. Seriously. Not even a "My sister went to the Moon and all I got was this lousy T-shirt" T-shirt.