There's nothing like a Frankenstorm to remind us of our powerlessness over the elements. Here are some of Fathom's best – and most frightening – stories about nature.

HOI AN, Vietnam – As the eastern United States battens down the hatches for Hurricane Sandy, which is expected to hit landfall sometime on Monday, I'm on a beach at The Nam Hai in Vietnam on a balmy day during typhoon season, reading the headlines from across the globe, hoping I closed the windows before leaving home. I'm seeking out bahn mi at a hole-in-the-wall outside the farmer's market in Hoi An, but I'm distracted thinking about friends who live in the evacuation zone. My husband was supposed to return to New York City from London on Tuesday, but he already rescheduled his flight for Saturday, figuring Heathrow and JFK would need a few days to recover from the thousands of stranded and rescheduled travelers.

Mother Nature likes nothing better than reminding us who's boss.

A spin through Fathom reveals her in all her glory: the good, the bad, and the very, very ugly.

"You don't expect this from a koala, which is composed of 80% huggable fluff and a 20% composite of cuteness, sunshine, and baby gurgles. Watching a koala do anything is like seeing two 3-year-olds fall asleep holding hands after a long day playing with a puppy. It's just too damn cute."
Read it all: Of Koalas, Nightmares, and the Sound of Losing Sleep

"The land of ice is pulling out all stops. We find ourselves gasping, cheering, and shouting as a parade of icebergs — each much larger than our ship, some as large as skyscrapers — float by as if on parade."
Read it all: Behold the Icebergs

"The morning again set a foggy, grey curtain on everything around us. A few quacks and ripple laps were the only interruptions in the buzz of silence."
Read it all: Adrift in Bliss: A New York Canoe Journey 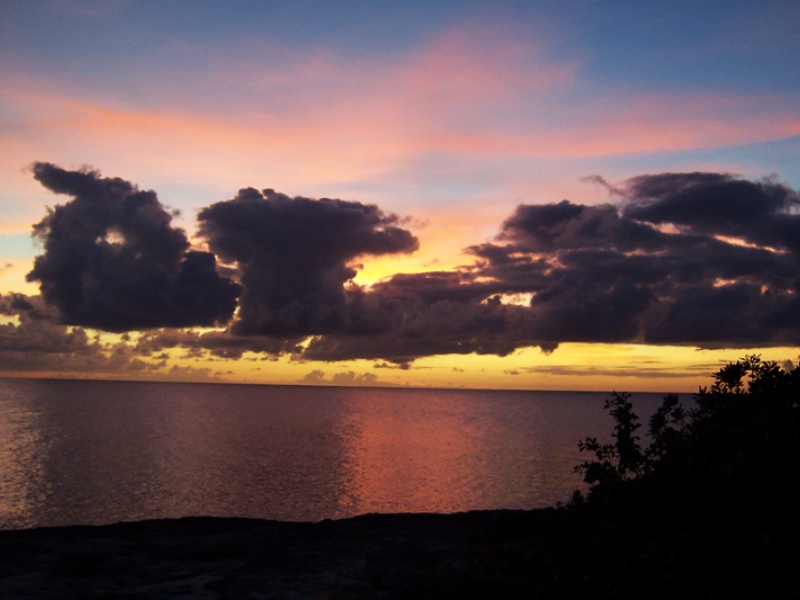 Those clouds only look innocent. Photo by Pavia Rosati.

The Bad and the Ugly

"But the rogue wave was on its way, rising out of the ocean for no reason, picking up speed rapidly, and growing many meters before slamming into our ship. It hit with great force. There was no time to react. All we could remember was chairs and people thrown at high speed toward the windows. And then the ship was on its side."
Read it all: Travel Fiasco: The Rogue Wave

"4 p.m. - Experience extreme turbulence, question myself for getting on plane, listen to kids behind me continually shout out weeeee! — like we're on a roller coaster."
Read it all: Travel Fiasco: Tornado Edition

"Riding by horseback through open savannah before heading down narrow paths surrounded by trees full of killer bees was a highlight, as was spending a number of nights in an old stable with a massive boa constrictor for company. Oh, and being chased. By crocodiles. And feeling for — and finding — anaconda under our toes, fishing for and then eating piranha."
Read it all: Does Reality Bite?

"Nobody on board could have known that the storm had a vendetta. Hurricane Mitch veered out to sea, and its path was not random. It followed the schooner.  With uncanny precision — naval historians are still dumbfounded — the hurricane tracked the ship's every evasive move."
Read it all: Hurricane Me

GET INFO. BE SAFE.