A beach vacation for those averse to beach vacations! Fathom contributer Laura House spent a few days basking in the Bahamanian sun at The Cove Eleuthera.

ELEUTHERA, Bahamas – "What do mean this isn't your kind of a vacation? This is everyone's perfect vacation," said my traveling companion, shooting me the side eye. Her suspicion was warranted. After all, here we were sipping life-extending smoothies made with fruit plucked from the surrounding trees, and inhaling views across an infinity pool that appeared to cascade right into the ocean. Yep, pretty darn ideal.

So what the heck is wrong with me? Well, that's what I wanted to figure out at The Cove Eleuthera, an oceanfront retreat in the Bahamas on the 110-mile-long island of Eleuthera.

I've never been the flop-on-the-beach-all-day type. A few hours here or there sure, but I'd rather be out pounding the cobblestone in search of the best cochinita pibil, or on a hunt for fairies in a moss-covered park (this is a thing and I've done it). 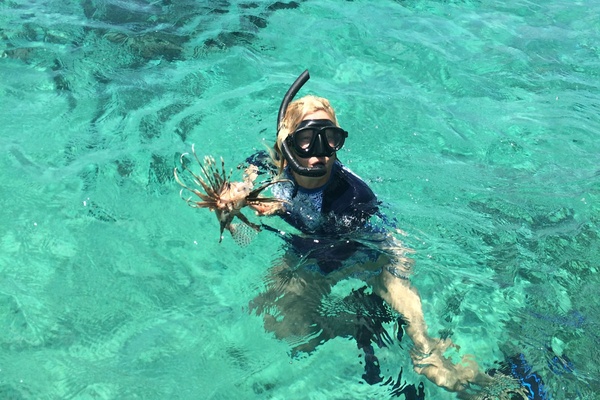 Hunting for lionfish in the clear waters of Eleuthera.

Thankfully, I've found a partner who was game to fly right over honeymoon hotspot Hawaii to Japan for our post-nuptial escape, and who gleefully welcomes tropical showers in a beach locale as a chance to ditch the sun for the cantina. Still, I realize how weird this is to the overwhelmingly beach-holiday-loving universe.

Little did I know, Eleuthera (from the Greek eleutheros, meaning free) would challenge my aversion to sandy-toed paradise. It was accessible (a short connecting flight through Miami, Ft. Lauderdale, or Nassau), yet still somehow felt like a well-kept secret. The Cove Eleuthera followed suit. Despite 57 minimalist-styled rooms in shades of cloud white to echo the two sand beaches, you practically have the resort to yourself. 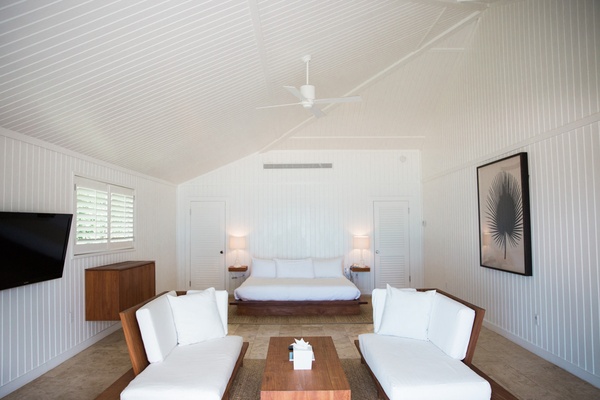 Stay for as long as you'd like. Photo courtesy of The Cove Eleuthera. 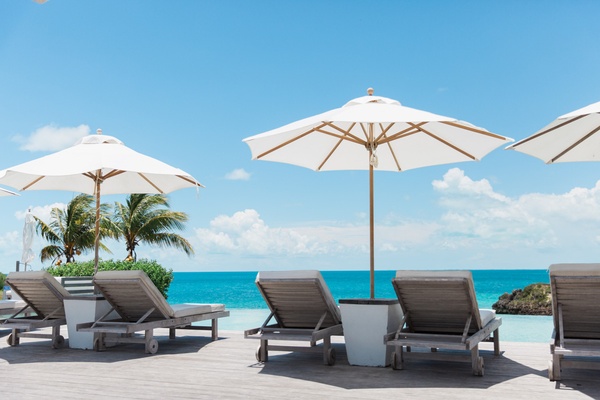 What a view. Photo courtesy of The Cove Eleuthera.

It would be possible to never step foot beyond the hotel's 40 acres of palm-tree-studded loveliness — simply schedule a massage or take a kayak out for a paddle if feeling restless. However, The Cove Eleuthera offers outside excursions with area guides, too. And not just the tourist-pleasing clipboard-toting kind, but locals willing to divulge the inside scoop on their beloved island.

Like Chorten, who shared a secret spot: the Queen's Bath. The craggy rock wall on the island's Atlantic Ocean side revealed caves and one of our guide's favorite meditation spots. At low tide, the scooped out pools form natural hot tubs for swimming.

Then there was Captain James and Tricia, who zipped a group of us out in a fishing boat for a morning of conch diving and lionfish spearing. James dove for the pink-lipped conch and ferried us to a deserted beach on Current Island, a formerly electricity-free strip of land where our captain grew up. As we combed the shallows for crabs and starfish, James diced up peppers, onion, cucumbers and the slightly sweet sea snail to make conch salad — perfectly paired with a cold Kalik beer for lunch. 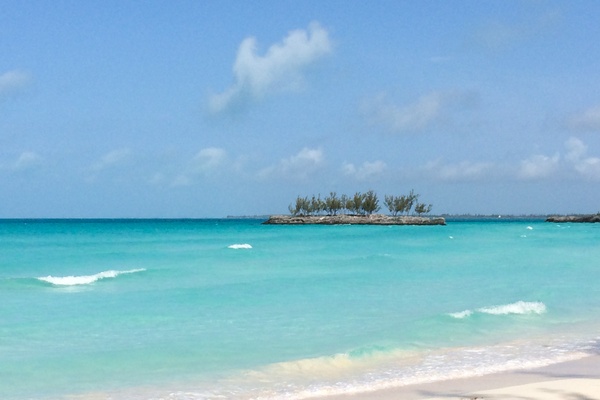 A breezy day in the Bahamas.

After lunch, Tricia slipped into her wetsuit and grabbed her spear like a Poseidon in paradise to hunt lionfish, an invasive species that the locals are combating in environmentally sensitive ways. In her time on the island, Tricia has become an expert at not only catching lionfish, but cooking it — she even co-authored a cookbook. Her skills were further proved when our crew snacked on her crispy tempura-battered lionfish fritters that evening.

A boat cruise to neighboring Harbour Island was also in order one day, if only to see the pixie- dust-pink sand beaches. Of course, zooming around on this island trimmed with colonial gingerbread-style houses and hotels (think: Nantucket's laid-back Caribbean cousin) in golf carts was a sweet thrill too.

Nope, not your typical beach vacation at all — although it could have been, and that would have been completely fine with me (really). It was enough excitement to have even a restless wanderer like me wishing for just one more day to sit and do absolutely nothing. Next time, you'll find me in the hammock... 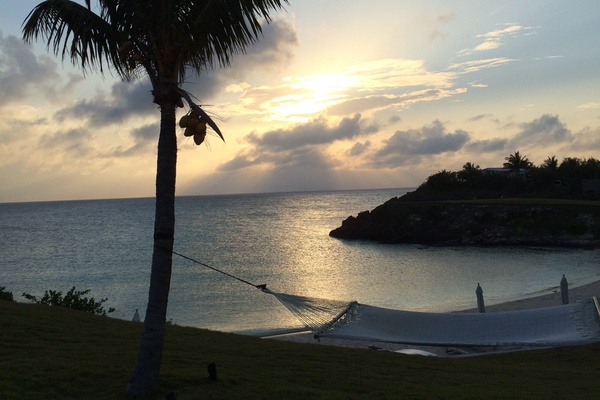 Set Your Out-of-Office Reply and Head to the West Indies for Laid-Back Luxury
Pretty Little Secret: A Chic Bahamas Retreat
Winter Is Coming, But Not to These 15 Caribbean Spots