Prêt à Voyager blogger, graphic designer, and Fathom contributor Anne Ditmeyer spent a weekend combing the casinos, clubs, and rooftop pools of Monte Carlo. Then she sped off (it's Monaco, after all) to see the coastal countryside.

Shouldn't be too hard to find a fast car in Monaco. Now hop in the driver's seat and hit the road. 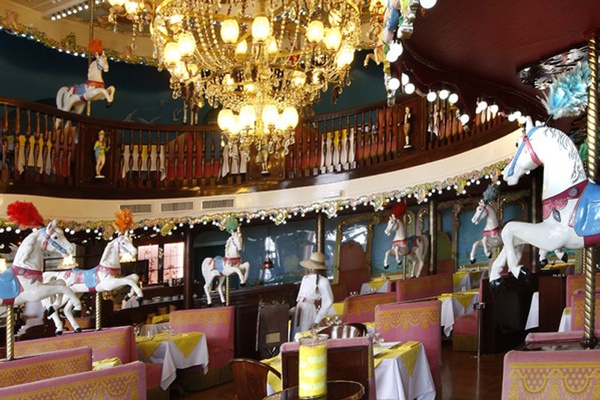 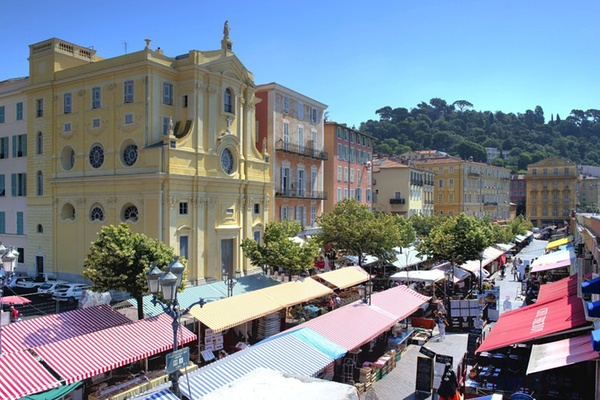 From Top, La Rotunde Brasserie; markets outside of Le Negresco. Photos: courtesy of The Negresco Hotel

The historic Negresco Hotel recently celebrated its 100th birthday. Their La Rotonde Brasserie is like being inside a 19th-century carousel, and the bathrooms through the lobby are just as memorable. But nothing is more delightful on a warm, sunny day than their signature Coup Negresco — ice cream with raspberries. Out the front door and across the street, you’re already at the pebble beach, for a perfect stroll.

For a taste of the avant-garde, swing by Chantier Sang Neuf, a former abattoir that’s now an experimental art center.

The Curves of Côte d'Azur

Rent a car to explore the villages that dot the Mediterranean Sea. Or book the informative (and affordable) guide and driver Jean-Luc through Vayable to take you for a spin in a classic automobile.

Èze is a medieval hill town with an ochre cathedral and stately clock tower. It’s a village for tourists, full of galleries, boutiques, restaurants, and, of course, a corresponding beach, Èze Bord de Mer. 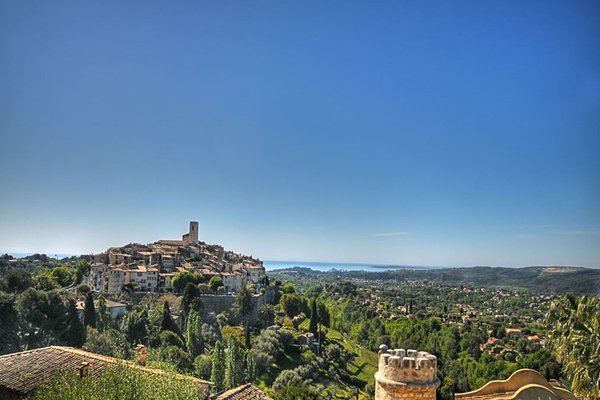 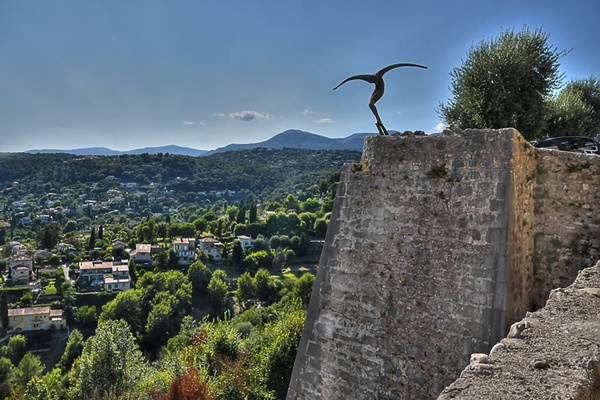 Drive along the corniches ("cliffs," aka very windy roads), and you’ll arrive at Villefranche-sur-Mer. More colorful than the nearby medieval towns, this port city and has a 16th-century citadel with beautiful views, gardens, and an art museum.

A bit farther afield you’ll find another medieval village, Saint Paul de Vence. The main city is pedestrian-only, the streets lined with beautifully paved stones. There are many (primarily contemporary) galleries to discover, and the views over the surrounding areas are magical.

Roquebrune Cap Martin is a picturesque village that is practically a suburb of Monaco (though it’s technically in France). A visit to the 10th-century fortress reminds you of less glamorous times.

The Villages, Valleys, and Views of Corsica
The World's Most Romantic Hotels: France
A Feast in Southwest France