Fathom's Daniel Schwartz hasn't stopped eating since he moved to Bushwick, Brooklyn. Follow him on a food- and alcohol-fueled tour of the neighborhood.

BUSHWICK, Brooklyn – Call Bushwick what you'd like: A melting pot of artists who love to brunch, a destination for tourists who want to take street art tours, a working class neighborhood at the forefront of gentrification, or a free-spirited community where everything changes and anything goes. I've been calling it home for the last year, after taking too many inconvenient train rides from my hometown in Queens. On the weekends, I'm trying to keep up with all the creative and culinary happenings this neighborhood has to offer. 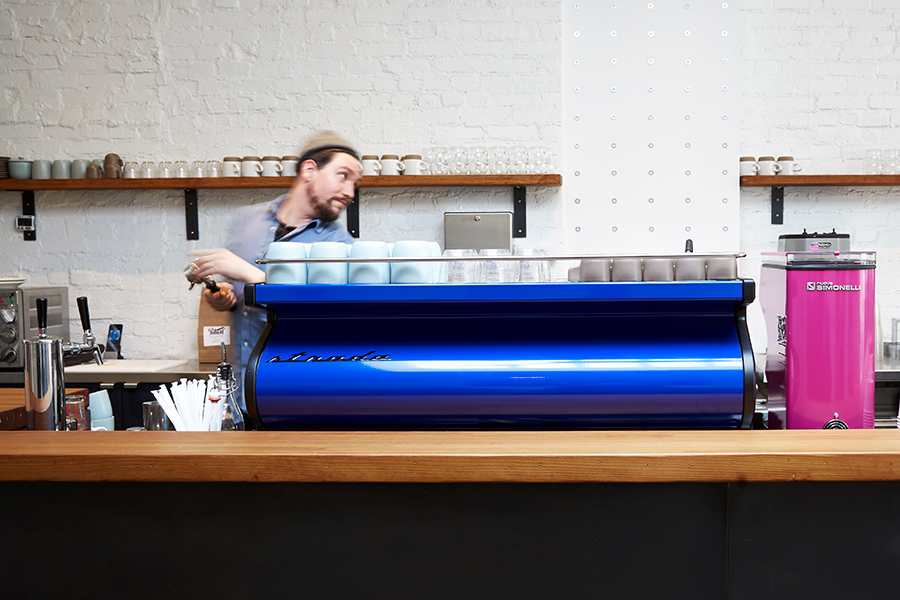 There's a reason why I'm up at this ungodly hour. Jog around Maria Hernandez Park? (Get real.) Early morning photo shoot by The Bushwick Collective graffiti on Troutman? (Maybe another day.) Disco yoga at House of Yes? (That doesn't start until noon.) No, it's to decide on breakfast, which is either an egg-and-cheese biscuit at Foster Sundry or a breakfast burrito at Twin Suns Deli. Both spots deliver on coffee (and other wonderful culinary delights), but I decide to head down to Supercrown Coffee Roasters for an iced espresso sweetened with coffee blossom honey from Guatemala. 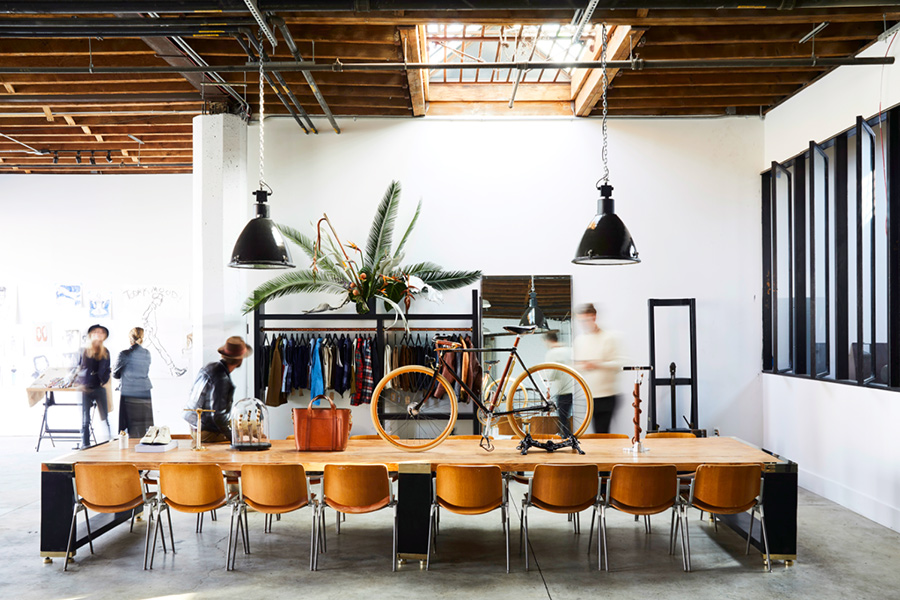 In-store shopping at The Space is by appointment only. Photo by Nicole Franzen.

I jump on my bike and pedal toward Morgan Avenue in East Williamsburg. There are plenty of reasons to stay put here — solo ramen slurping at Ichiran, upscale Mexican food (and burlesque shows) at Guadalupe Inn, waiting in line for Roberta's, the list goes on. But I'm here to check out the wares at Friends, my favorite vintage shop, and the happenings at 99 Scott, a new exhibition space bordering a mushroom growing facility. There's also an appointment-only design studio and shop specializing in bikes and high-end apparel called The Space, a small-batch mead operation and cocktail bar called Honey's, and the new warehouse location of Bunker Vietnamese. 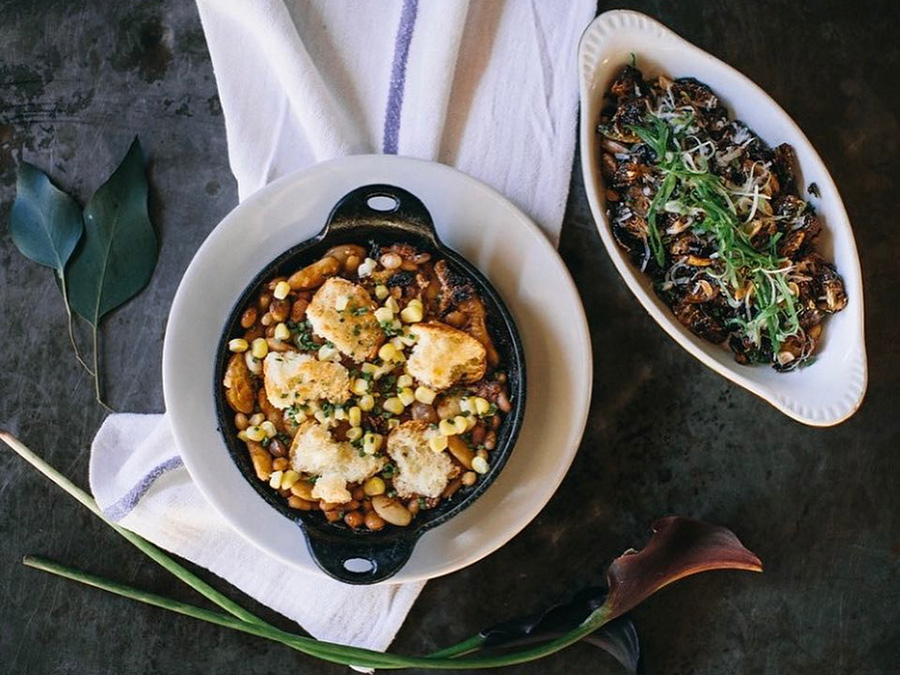 Even at such a lax hour, it's a struggle finding seats for brunch. I, of blind faith, try squeezing into Amaranto (for mole and tamales), Cafe Ghia (for mofongo), and Montana's Trail House (for comfort classics inspired by Appalachia), but have better luck at Heavy Woods, a casual bar with sidewalk seating and a kick-ass Cajun restaurant, Tchoup Shop, tucked within. A healthier alternative can be found nearby in East Williamsburg at Carthage Must Be Destroyed, an Aussie cafe decked out in millennial pink, but I don't mind the grits-induced nap. 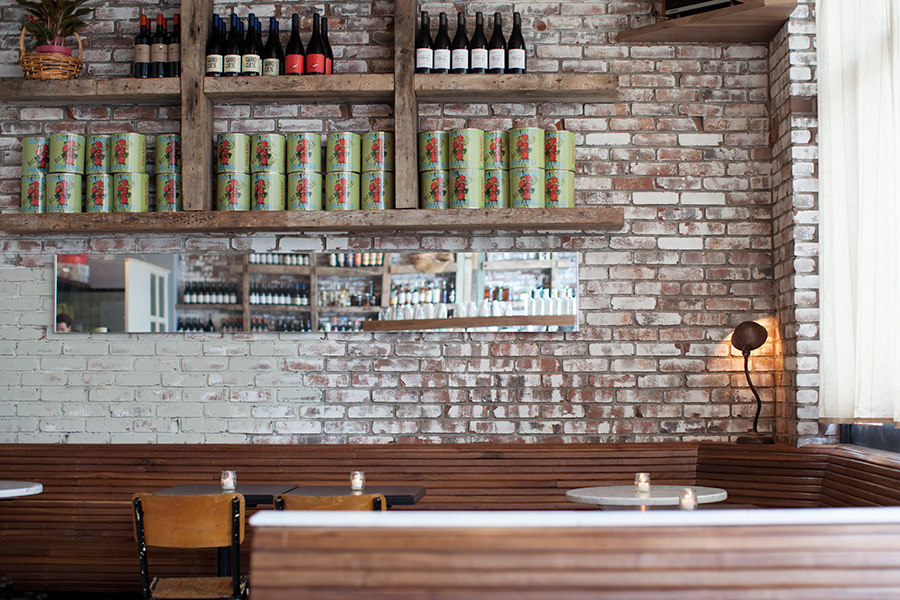 The wine list is on the wall at OPS. Photo by Corry Arnold.

Dining out in Bushwick is a trip. There's vegan fare and live music from Ethiopia at Cafe Bunna, comfort food and cocktails from the Caribbean at Sally Roots, smoked brisket pho (my favorite in the city) at Lucy's Vietnamese Kitchen, and punchy plates inspired by the cuisines of Colombia and northern Spain at Maite. On any given night, there's a good chance I'm at OPS, a new modern Italian joint with handsome interiors, a great wine selection, and a menu of sourdough pizza pies and antipasti that changes on the regular. Speaking of pizza, Tony's Pizza (336 Knickerbocker Ave.; +1-718-456-7020) does serious old-school slices that are way easier on the wallet. 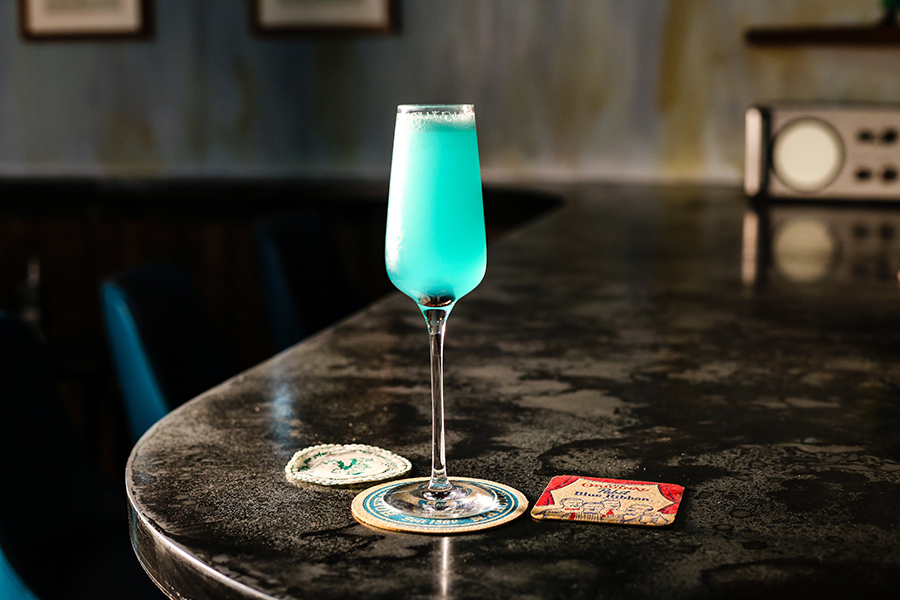 "Confusion Will Be My Epitaph!" from Jupiter Disco. Photo by Nathan McCarley-O'Neill.

Somehow, I still have enough energy for a night on the town. Maybe not enough juice for a free-spirited gathering at House of Yes, an experimental musical performance at Trans-Pecos, or a progressive benefit party at Silent Barn, but certainly enough for a round at a few of my favorite bars. Namely, Yours Sincerely, where craft cocktails are poured from a wall tap, Jupiter Disco, where the mixed drinks are inspired by scientific topics, Nowadays, a park-like oasis of microbrews and margaritas and music, and the back room and patio at Three Diamond Door, where eveyone around here seems to take shots and rub shoulders before calling it a night.