In the royal London neighborhood of Kensington, pedestrians with poise can live (and drink) like nobility. At least, for the afternoon. Fathom contributor Victoria Lewis shares her favorite high-style haunts for doing just that.

LONDON – When I think about an appropriate use for the beloved English adjective "posh," describing the neighborhood of Kensington is it. What was initially a countryside retreat from hectic central London has became home in the city for many of Britain's rich and famous. William and Kate keep official apartments in Kensington Palace, David Beckham own houses in the area, and there's even a street nicknamed "billionaires row" for its exceedingly expensive mansions.

But that isn't to say there aren't plenty of charming spots where a commoner can spend an hour or two. These are the places to keep on your radar.

BREAD AND BUTTER (AND BOOZE)

Maggie Jones's
6 Old Court Place, W8 4PL; +44-20-7937-6462
In this part of town, old-school institutions reign. This low-key spot has been serving comfort food to locals for over forty years. They're mostly known for their three-course Sunday roasts.

Daphne's
112 Draycott Ave., SW3 3AE; +44-20-7589-4257
Locals flock to this Italian spot in chic South Kensington for the refined but laid-back atmosphere and the massive plates of prosciutto and freshly made pasta. 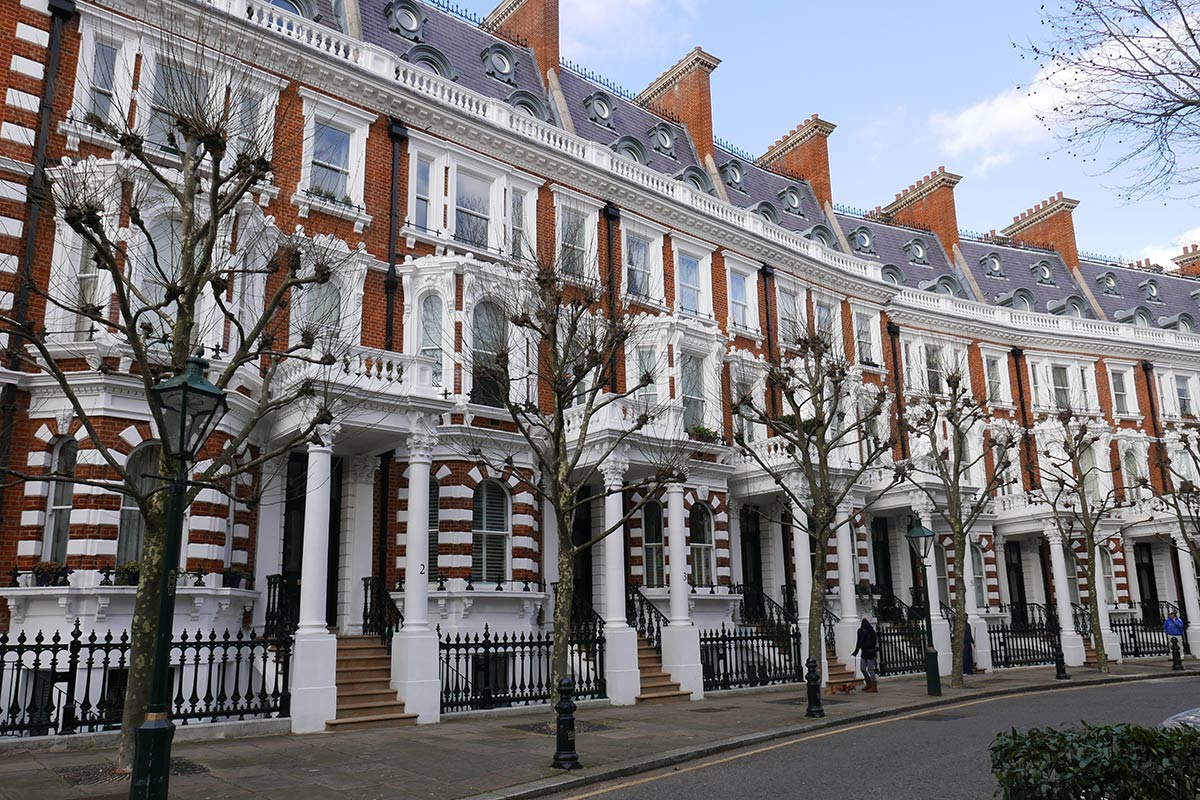 Kensington, where house envy is as real as it gets. 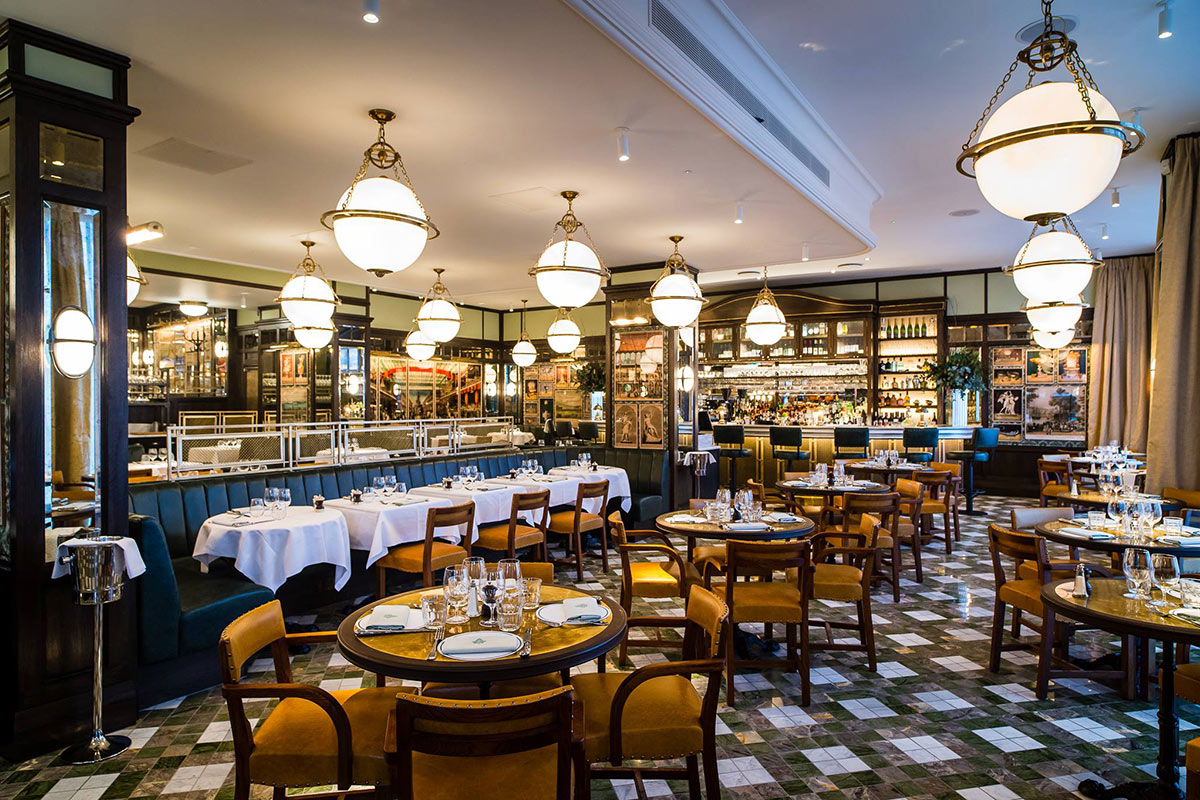 Casual in Kensington. Photo courtesy of The Ivy Kensington Brasserie.

The Ivy Kensington Brasserie
96 Kensington High St., W8 4SG; +44-20-7221-2000
The newest member of London's Ivy establishment is a casual all-day eatery, kind of like the Balthazar of Kensington, with a menu of delicious bistro fare (steak sandwich, fish and chips, burger) and a lively atmosphere appropriate for both business lunches and date-night dinners. Order the duck salad.

Stables Bar at The Milestone Hotel
1 Kensington Court, W8 5DL; +44-20-7917-1000
If The Ivy is Balthazar, Stables Bar is NYC's Polo Bar — a classic, cozy space where one can settle in with a glass of red wine (or the bar's signature Old Fashioned) after a long day of sightseeing, or before a show at nearby Royal Albert Hall.

The Churchill Arms
119 Kensington Church St., W8 7LN; +44-20-7727-4242
One of London's most famous (or at least most Instagrammed) pubs has been serving ale to the locals since 1750. Today, they also offer a non-traditional menu of homemade Thai dishes. Sounds strange, but it totally works. 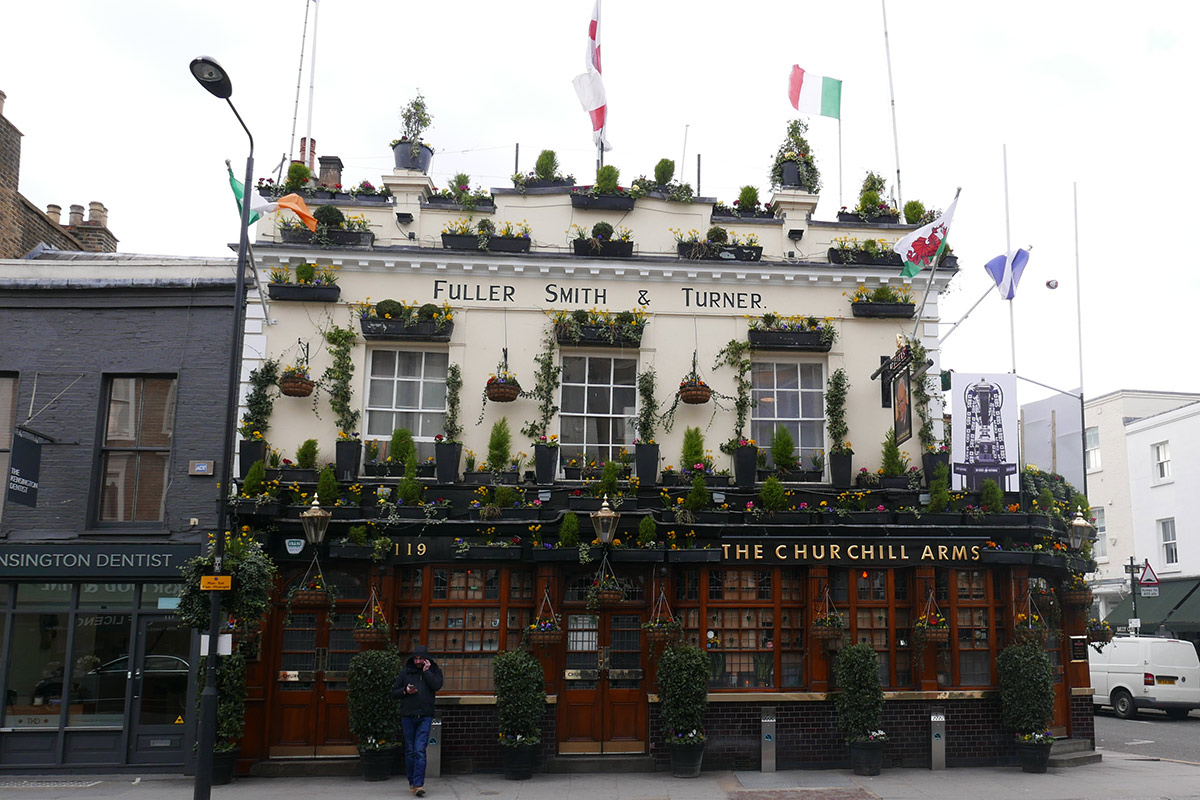 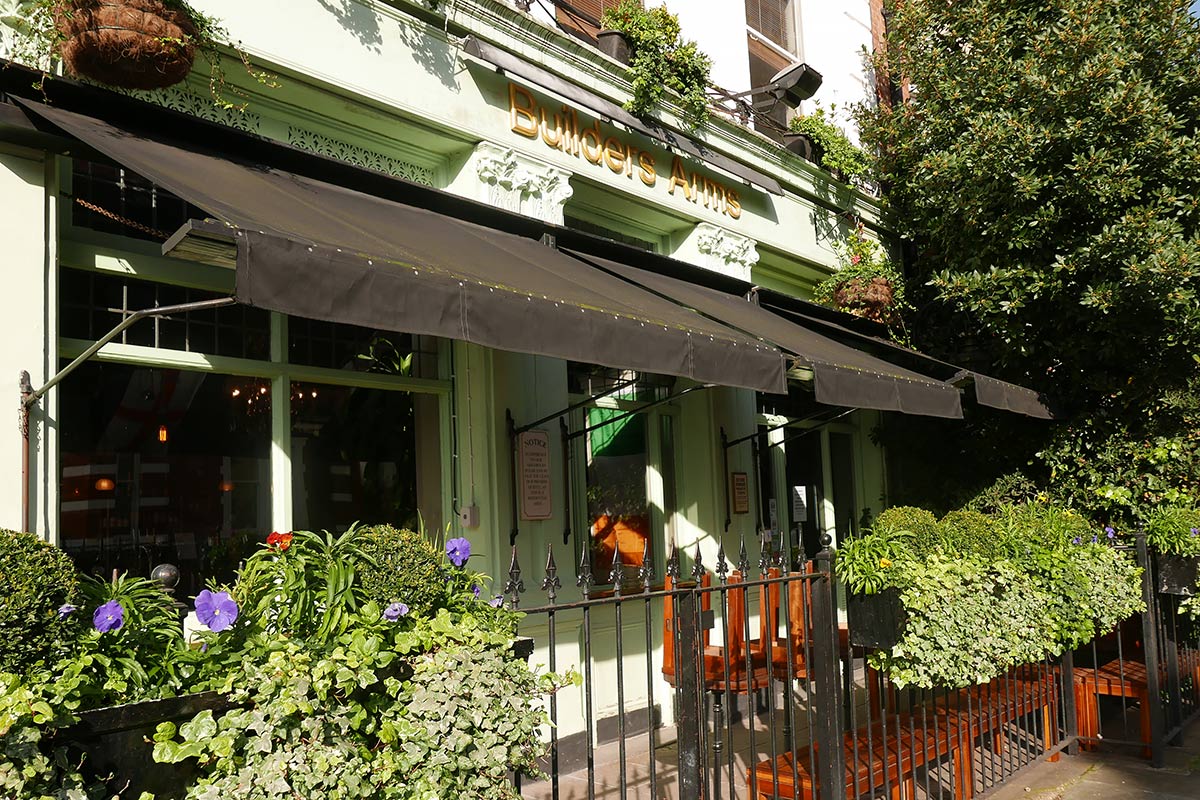 Iddu
44 Harrington Rd., SW7 3ND; +44-20-7589-1991
A light, breezy Mediterranean spot perfect for lunch or brunch (or a glass of wine or two) within easy walking distance of the Serpentine Gallery, the V&A, and the Natural History Museum. During warmer months, the outdoor tables are ideal.

Bodo's Schloss
2A Kensington High St., W8 4PT; +44-20-7937-5506
Prince Harry fans will want to stake out a bar seat at Bodo's Schloss. According to locals, the ski chalet-themed spot has been a favorite with royals over the years. If Harry doesn't show up, at least there's apple strudel.

The Roof Gardens
99 Kensington High St., W8 5SA; +44-20-7937-7994
A unique combination of mega-club (that hosts world-famous DJs during the summer) and relaxed drinks spot, the rooftop bar (part of the Virgin Limited Edition collection) has something for everyone. Early evening is perfect for cocktails with a panoramic view of the city. Later, the bar turns into a nightclub with dancing in various gardens, one with four live flamingos. 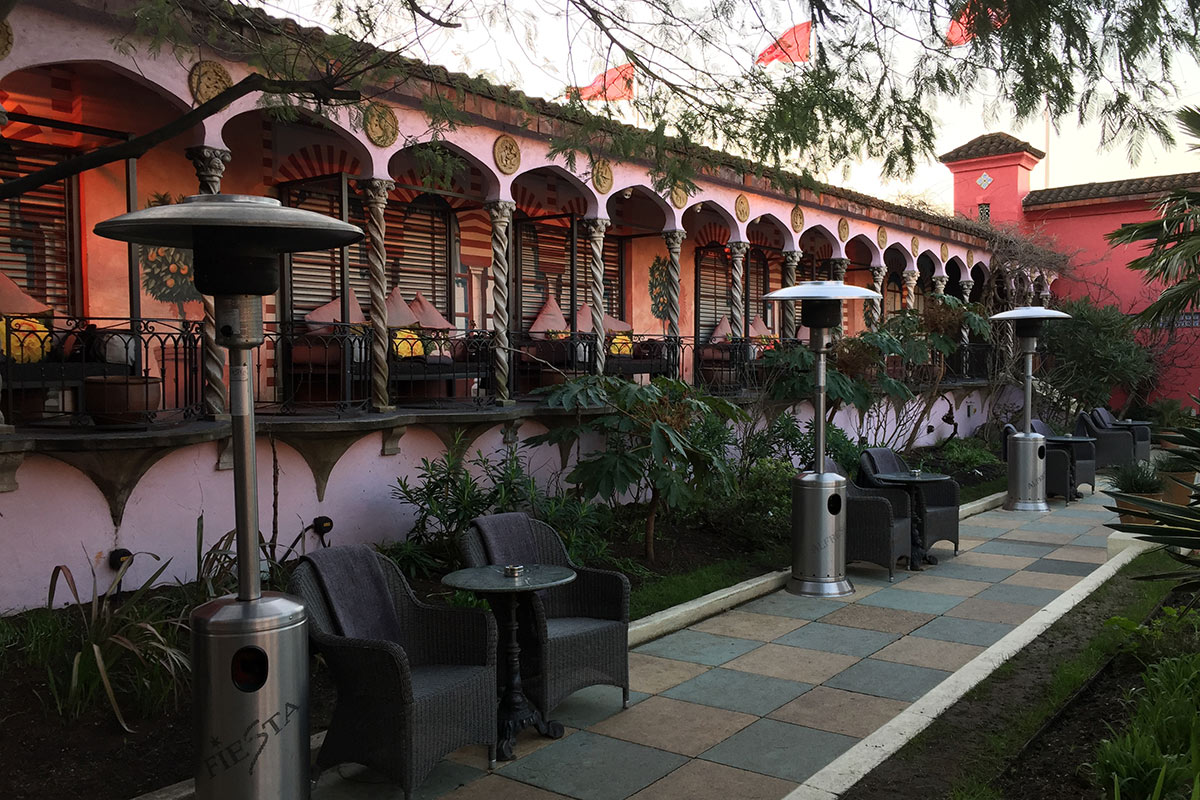 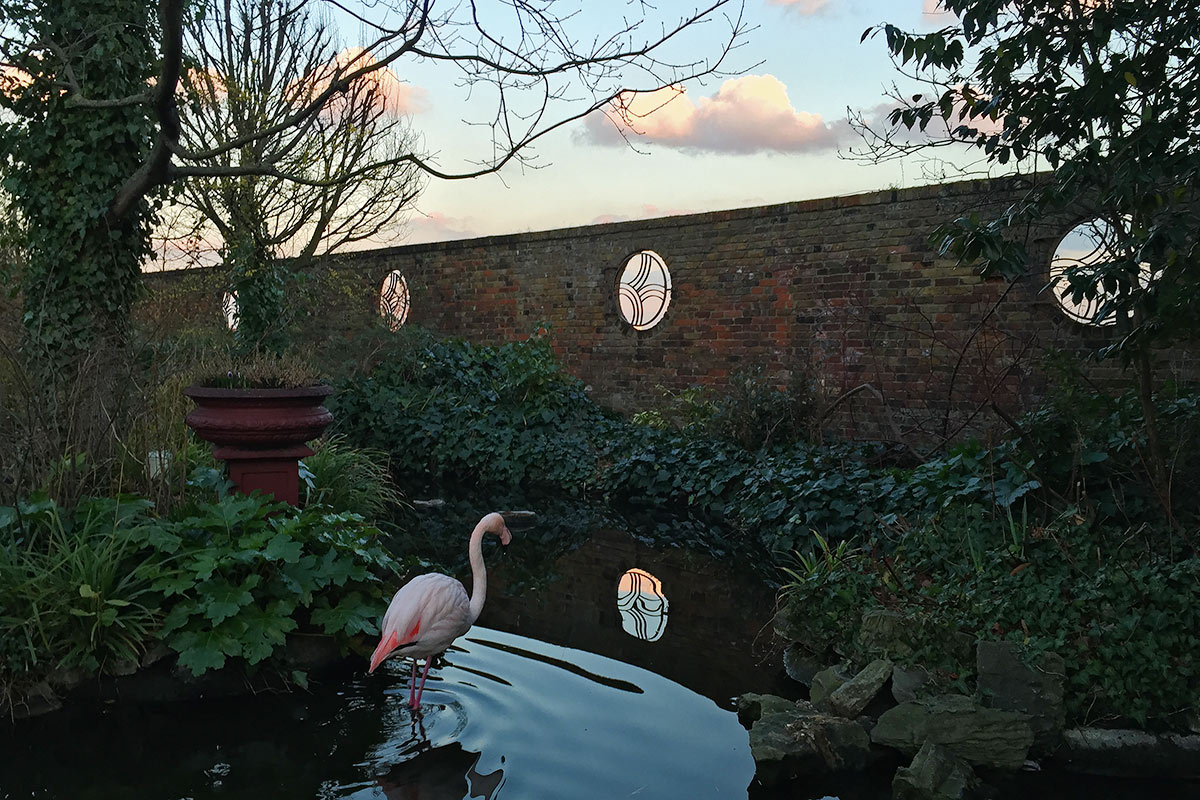 One of four live flamingos at The Roof Gardens.

Leighton House Museum
12 Holland Park Rd., W14 8LZ; +44-20-7602-3316
The former home of famous painter Frederic Leighton, the unique space has been open to the public since the late 1920s. Inside are paintings by artists from the Pre-Raphaelite movement like John Everett Millais and Edward Burne-Jones, as well as works by Leighton himself. The ornate Orientalist décor of the house alone makes it worth a visit.

Royal Albert Hall
Kensington Gore, SW7 2AP; +44-20-7589-3203
Built in 1871 by Queen Victoria, the distinctive theater has hosted some of the world's greatest performers. The programming is diverse and includes everything from classical orchestras to contemporary musicians and even Cirque du Soleil. A concert or show here is quite the spectacle.

The Design Museum
Kensington High St., W8 6NQ; +44-20-7403-6933
Much-anticipated by locals, The Design Museum is moving to the former Commonwealth Institute building in Kensington at the end of 2016. Expect to find the same range of early modernist and contemporary design objects, but in a significantly expanded space. 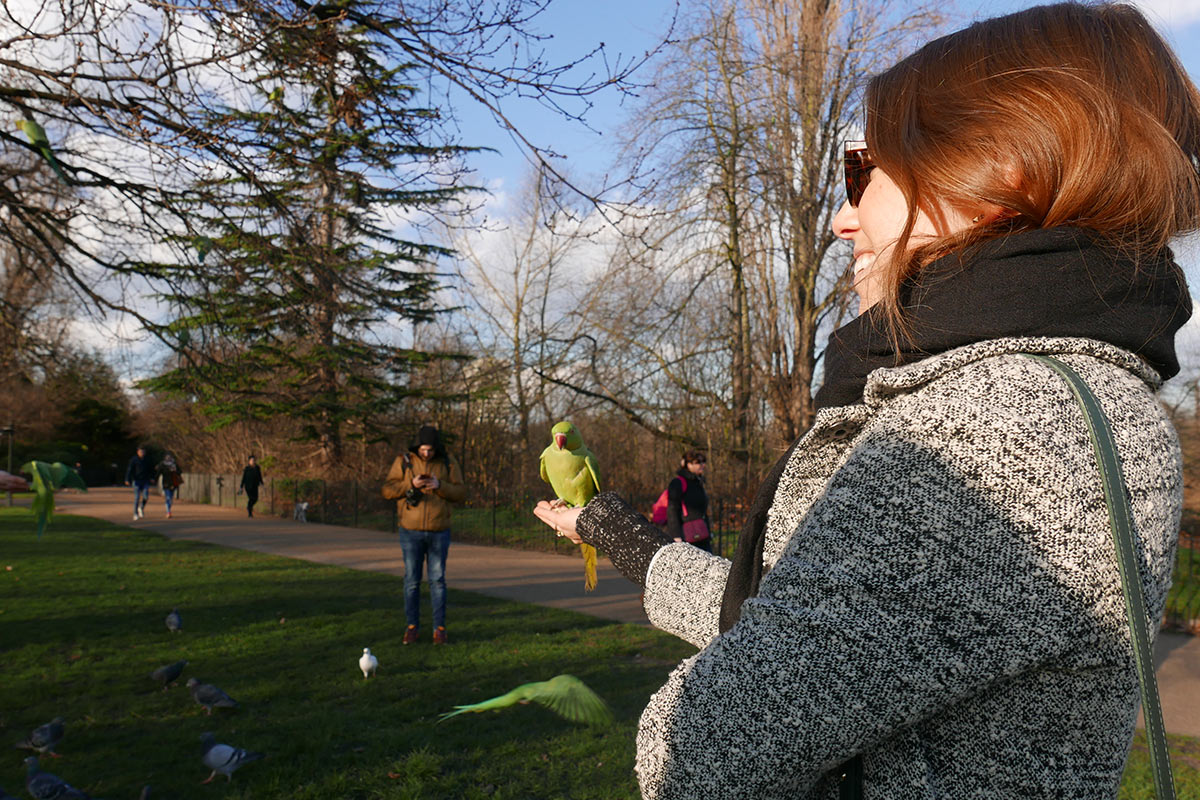 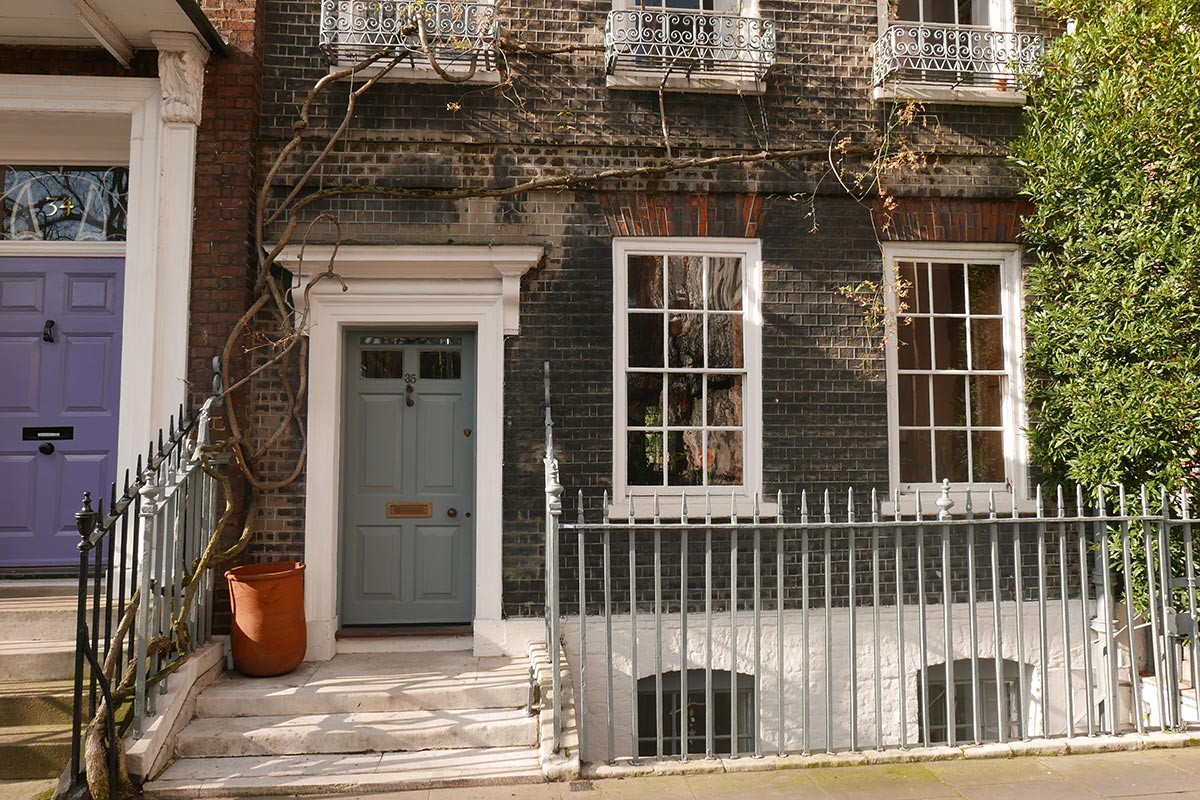 As seen from a walk through the neighborhood.

Hyde Park and Kensington Palace
Those lucky enough to get a sunny day in London should celebrate with a stroll through the expansive Hyde Park, stopping along the way to feed parakeets near the Peter Pan statue and to see what's going on at the Serpentine Galleries. A visit to Kensington Palace is also intriguing. Though much of the palace is still in use by members of the royal family, there are tours of Queen Victoria and Prince Albert's former rooms.

Take a Neighborhood Tour
Whether you're new to London or have visited a hundred times, play tourist for a few hours with Blue Badge certified guide Russell Nash. The man is full of knowledge (for instance, did you know London still employs five men to tend the remaining gas lanterns around the city?) and will highlight the neighborhood in a totally different light. Nash also conducts tours of the surrounding countryside at places like Stonehenge or Bath.