When UK-based writer Averill Brewer first visited the tiny seaside French resort town of Le Touquet Paris Plage, she fell for the great outdoors, the terrific frites, and her (now) fiancé. Every season has its own magic in Le Touquet, but winter provides the quiet and coziness we dream about on bleak days.

LE TOUQUET, France – For many years, my main associations with wind were of the warm, calamitous hurricane variety that dance over Louisiana and Texas, and the quick and violent vortexes that sporadically wreck havoc in the southern United States.

But Le Touquet Paris Plage, France, was the first place I ever felt a wind so calm it refreshed my spirit, flushing my cheeks in a flattering way while providing leverage for some of the most rewarding sports one can experience on an individual level.

Le Touquet in northern France has been the vacation destination of affluent Parisians since the beginning of the 20th century. To refer to this commune as a playground for the rich is accurate — its casinos, golf courses, tennis courts, equestrian center, cycling trails, and wide beaches stretch for miles during low tide. Like the Hamptons for New Yorkers, the winter months in Le Touquet offer the same high-caliber amenities with a less intense version of the rich-and-preppy atmosphere.

Located northwest of Paris along the Côte d'Opale, the region of Nord-Pas-de-Calais encompasses a section of land that borders Belgium. The region contains tiny villages and Lille, with its heavy Flemish influence. You can drive along the winding country roads and visit the walled town Montreuil-sur-Mer that Victor Hugo used as a setting in Les Misérables. Traveling along the coast in this region, you'll see tall grass growing along cliffs that jet out toward the English Channel and orange rooftops contrasting against opal waters. 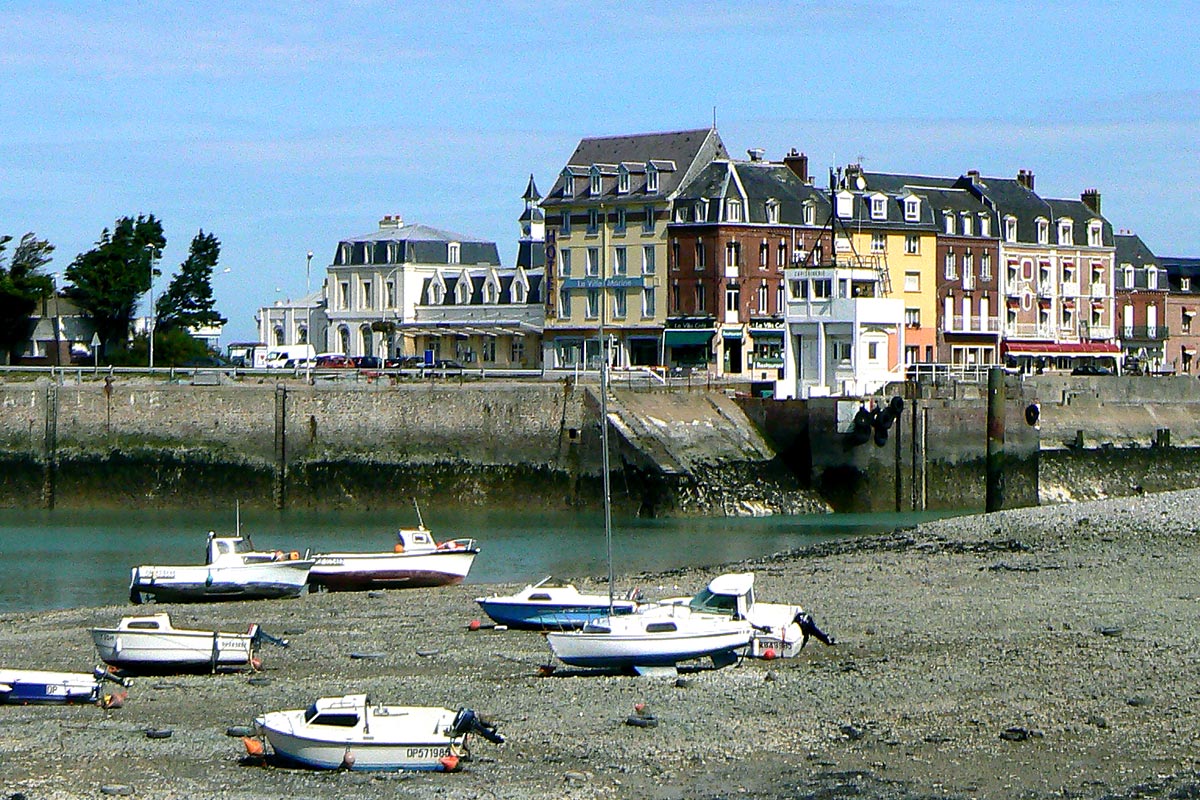 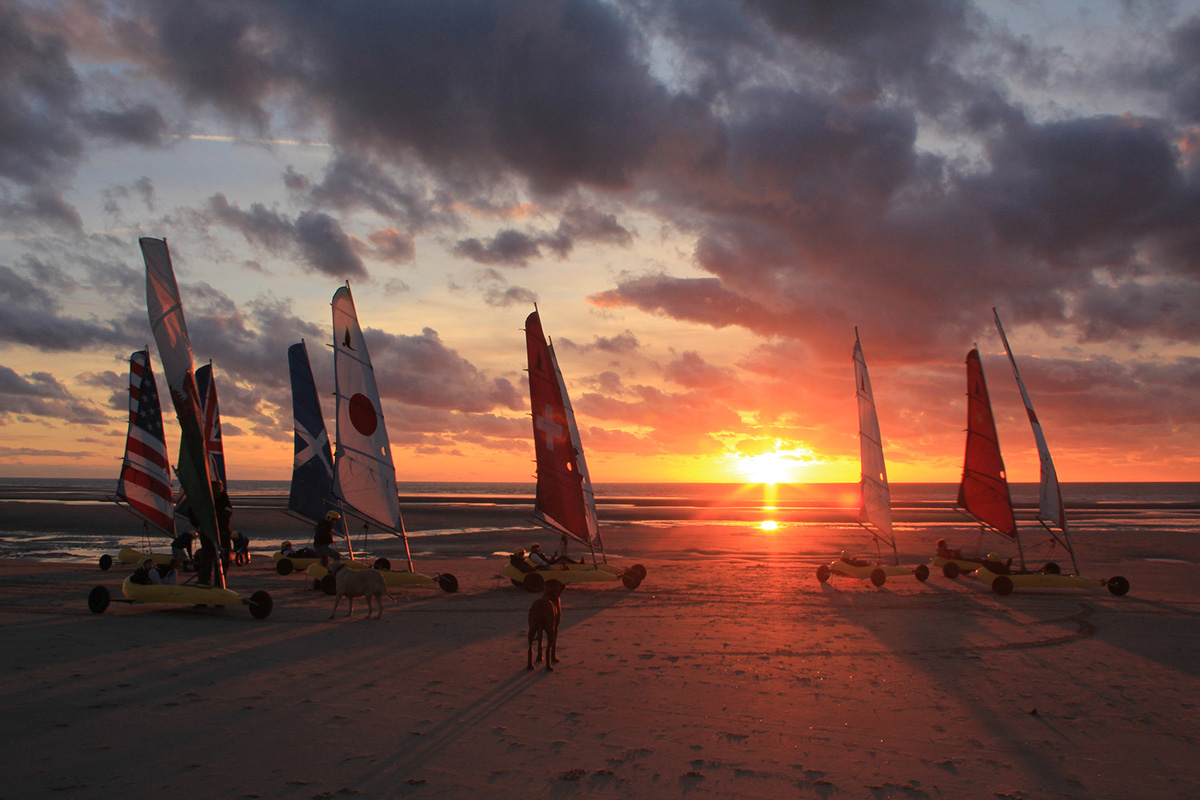 A char-a-voile set up. Photo by Georges Adrien Carcanis / Flickr.

Twinkling lights and warm beverages make up for the lack of sunlight in northern Europe during the winter. Brace yourself for the cold; embrace the charm of the outdoors.

Winter, spring, summer or fall — Le Touquet is known as the station des 4 saisons — it is very possible to experience intense sunshine, rain, sleet, and plain coldness during one stay. But this doesn't keep visitors and locals from enjoying the outdoors. You can park at the beach and take a path towards "La Canche" and the surrounding sand dunes, where you will probably see more people wearing fur-hooded ski jackets and cashmere scarfs than anywhere else outside of the Alps.

La Canche is an estuary that connects to the sea. Depending on the tide, you can witness a marée bass, a tide so low that boats are left stranded as if in quick sand. Along the path, there are numerous sand dunes to meander through — some can tower up to two stories high. I find it meditative to walk up and down the dunes because of the silence. It feels like you've found the last secret hiding place on earth.

Race on the Sand

If you are feeling adventurous, sign up for char-a-voile lessons at the nautical center located on the beach. It's a type of go-cart racing on the beach. The three-wheeled vehicle is maneuvered as you shift your sail from right to left by pulling on a rope.

Novotel Thalassa Le Touquet is a hotel overlooking the English Channel. Book a thalossatherapy (marine-based) treatment to have access to their large, heated indoor saltwater pool. 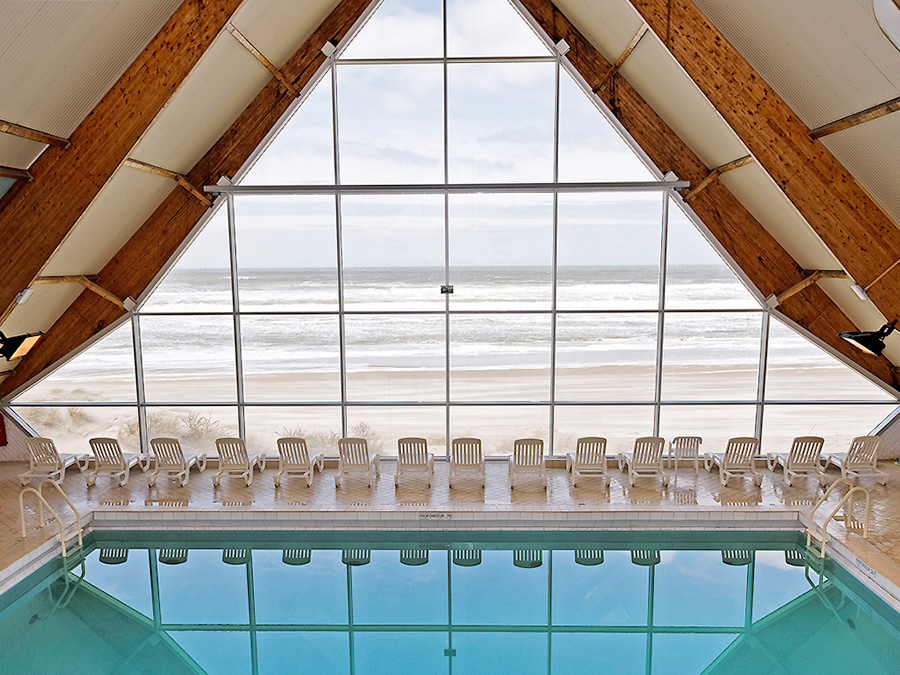 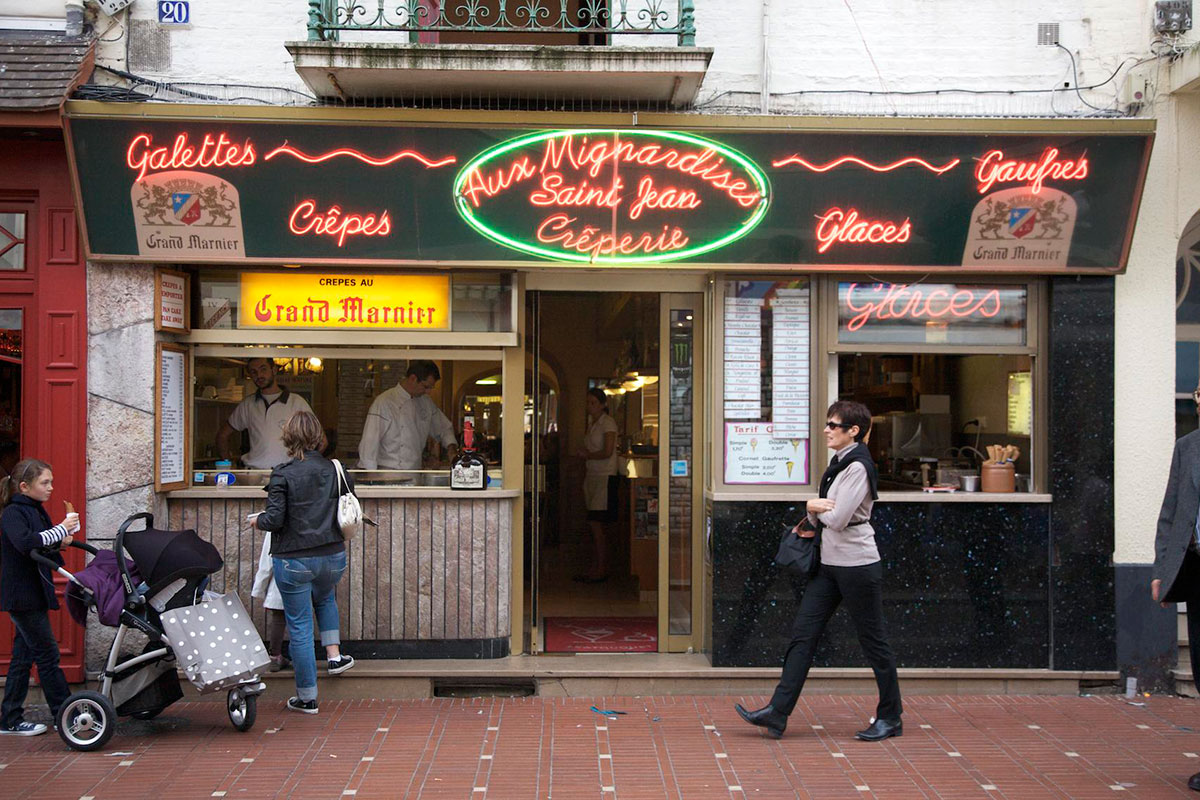 Rue Saint Jean is the ideal street for lèche-vitrine — a.k.a. window licking. It runs from the beach towards Palais de'l'Europe and is canopied by blue and white Christmas lights. The street is packed with clothing and shoe boutiques (like Di Camilla) and famous chocolatier Au Chat Bleu. Rue de Metz intersects with Rue Sain Jean and has a variety of bars and restaurants. This street is also one way to access the Saturday market at Le Marché.

Around dusk, take a walk through the park across from Hôtel Westminster and enjoy the illuminated treetops and holiday ambiance. There are vendors selling crepes and gaufres (waffles) as well as an outdoor ice skating rink. After your walk, have an aperitif at the hotel's Le Mahogany bar.

Le Scoop (Place de l'Hermitage; +33-3210-6301) is a bistro located at Place de l'Hermitage not far from Rue Saint Jean. The meat dishes are divine — filet au poivre et frites or le gratin de poulet et frites — with emphasis on the frites (they are some of the best I have ever tasted). Pretty much everything is covered in a rich cream sauce. Remember, this is the north of France.

Have the moules frites in the French version of Welsh rarebit (ten times better than the British version) at Les Sports, a Le Touquet establishment since 1915. There is nothing better on a winter's day. Note: French fries here are served on a silver platter. (It's the finer things in life...)

Italina serves wonderful pizzas and charcuterie. If you are having a drink at the outside bar next door, L'Impasse, they will deliver the pie to your seat.

NAAM is a booth at the Saturday market that serves a Vietnamese snack that has become a local delicacy — fried spring rolls called naam. They are very good for hangovers. 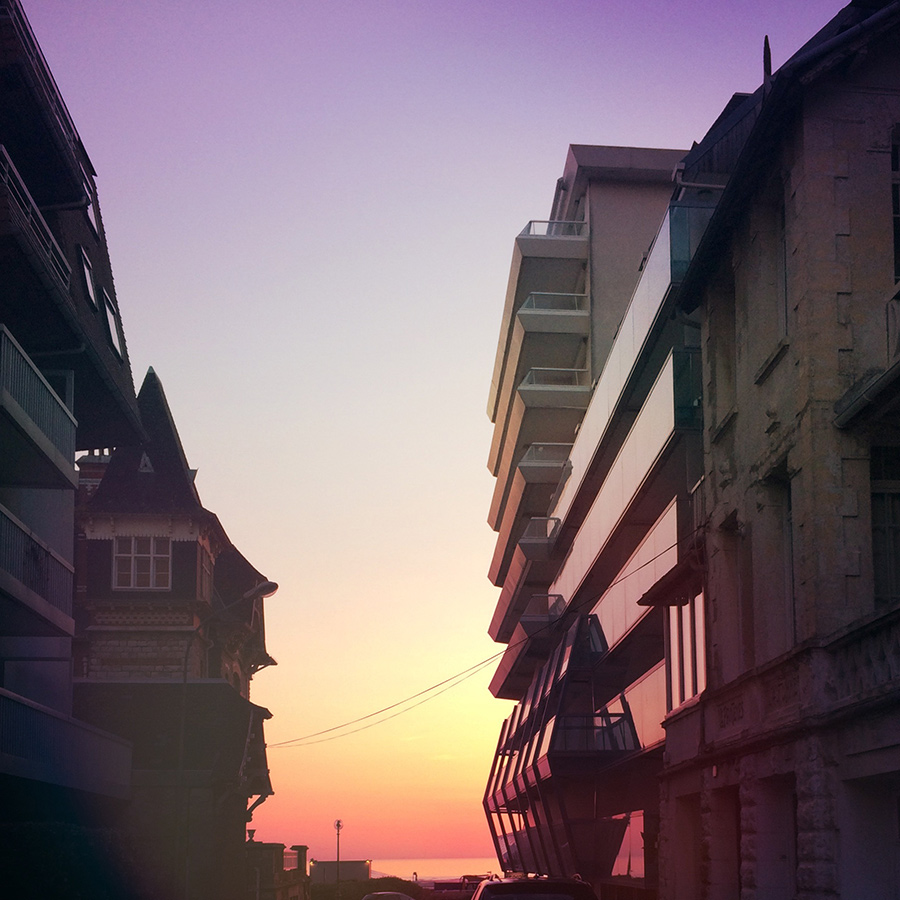 HOW TO SPEND YOUR EVENINGS

Begin at Le Globe Trotter, a pub with indoor/outdoor seating. Because of its proximity to Belgium, northern France is known to favor Belgian beer over wine, and this is a nice opportunity to taste Belgian beers that are hard to access outside of the region.

L'Impasse has Caribbean/French vibes and great music. Order Ti'punch or a warm Irish coffee. Don't be surprised if you dance until closing. When L'Impasse shuts at 2 a.m., the brave venture to Les Sports (22 Rue Saint-Jean; +33-3-2105-0522) where all of the tables have been cleared, the bar remains open, and the black and white checkered floor turns into a dance floor. It stays open until 4 a.m. and famously closes as locals sing the song "Les Lacs du Connemara" when the lights turn on.

You can access Le Touquet via a two-hour train ride from Paris' Gare Du Nord, arriving at Etaples-le-Touquet train station. An €8 taxi will take you to the town center. Or if you're coming from England in your car, take the Eurotunnel from Folkestone to Calais and then drive one hour to Le Touquet.

The beach-facing Novotel Thalassa, if you don't want to travel after indulging in their spa treatments.

The deco Hotel Westminster in the center of town, if you like to be in the middle of it all.

The Touquettoise, an elegant home for rent in the forest of Le Touquet, for a taste of famed 30s-era architect Louis Quetelard.