We've been crushing on Vic's lately, a farm-to-table Italian restaurant in New York City. So when we heard head chef Hillary Sterling had a good food experience on her recent trip to Tulum, we got on the phone with her and found out where she ate.

TULUM, Mexico – I recently spent a long weekend in Tulum as all I wanted from my time off was tacos, mezcal, and the beach. It's a peaceful and beautiful destination where finding good food isn't hard. With all the competition surrounding Hartwood, everyone is stepping up their game and pushing boundaries. It's no longer a fight to get into one restaurant. Here's where I ate.

Taqueria La Eufemia
Carretera Tulum Boca Paila, km 10; +52-98-4169-5353
The sign outside this popular seaside shack reads: "Relax and eat some fucking tacos." And that's just what I did. The grilled or fried fish tacos were cheap and delicious, the chilaquiles were excellent, the music was great, and the vibes were good. When I went, a group of locals were eating, drinking beer, and getting stoned out front. Like them, most patrons take their meals to the sand, althought there are couches and tables inside. I suggest ordering early — they were out of almost everything by 4:30 p.m. on the first day I visited — and staying late for drinks. It's the cheapest spot on the beach, and it's open super late.

Gitano
Carretera Tulum Boca Paila, km 7; +52-1-984-745-9068
A sceney spot near Hartwood serving tacos and roasted meats from their wood-fired grill. The food looked good, but I came before dinner for a simple cocktail of mezcal, cilantro, lime, and chile de árbol. The drinks menu is packed with many other mezcal offerings and $10 drinks with cute names like Emergency Cocktail (prosecco and an ice cube). It's one of the nicer spots on the beach and is super chill before sunset. At night, it turns into a bar scene with loud music and dancing. 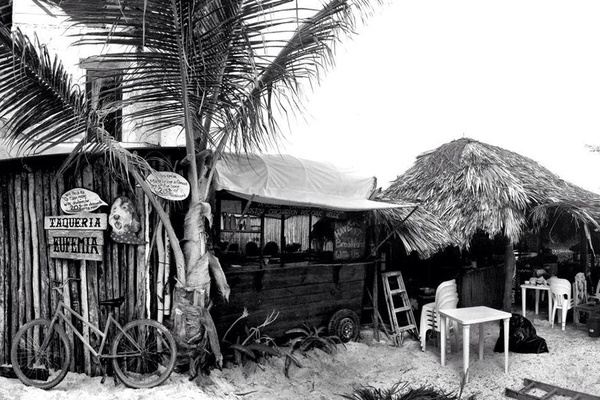 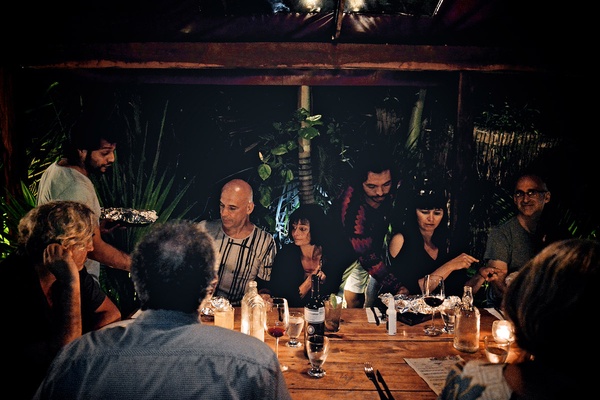 A scene from the secret garden. Photo courtesy of Cenzontle.

Cenzontle
Carretera Tulum Boca Paila km 7.3; +52-984-106-3512
The secret garden, or jardin secreto as it's better known, serves good food and drinks, but it's the details here that shine. The bartenders are knowledgable, the cocktails are inspired by old Hollywood, and the really hospitable staff will work with all your needs. The rabbit stew I ordered was light and fruity, flavored with onions, cilantro, and New Mexican chiles, and served with fresh corn tortillas in an old-school crock.

Mulberry Project
Carretera Tulum Boca Paila km 8.2; +52-1-984-115-4728
New York City's Little Italy speakeasy has a shipwreck-themed outpost in front of La Zebra, the hotel where I stayed the last time I was in town, that runs until April 2016. The pop-up, like the mother bar, serves bespoke cocktails — pick your spirit, choose your fruits and chiles, and watch the bartenders go to work.

Fathom's Tulum Guide
A Long Weekend in Tulum
In Tulum, a Menu for Living Well