Ratha Chaupoly and Ben Daitz are the co-founders of Num Pang, NYC's hippest Cambodian sandwich shop. When they're not whipping up fresh sandwiches, they're scouring the city in search of the freshest street style. (You know they're fly guys if you've seen the walls of their restaurants.) The NY-natives share a recipe from their cookbook (Num Pang picnic, anyone?) and a list of their favorite shopping haunts.

"Man, there are some great places to grab nice kicks. Flight Club on Broadway, which is right near where I use to live on Astor Place, is a personal favorite. It's my son's favorite, too. Nothing like some good father-son shopping! Another spot is the Adidas store on Wooster Street in Soho — classic and solid." – Ratha

"Stadium Goods has a vast selection of classics always available. For the newest and freshest, check out Kith. Also, I have to keep in on the DL but...I gotta guy who gets me what I need regardless of lines at the stores or if they sell out online." – Ben

"My go to spot is New Era on 4th Street. Just dope. My all time favorite though is Hat Club on Mercer in Soho. Really kick-ass stuff." – Ratha

"There was a time when I used to get a custom hat made every other month. Frenel at Still Life NYC has a great selection of looks and materials to choose from." – Ben

"T-shirts, sweatshirts, hoodies, and sweatpants bring the kid out in me. Urban Outfitters, with all their locations and variety, works great for both me and my son. For lighter outerwear, I love J. Lindeberg on Spring Street in Soho. It's my hang out." – Ratha

"Reed Space has a steady rotation of Undefeated, Stussy, and Mighty Healthy. Saturday's NYC also has some simple, functional T-shirts that are always good to mix it up with. R.I.P. Union, one of the dopest stores for T-shirts from around the globe (it closed in 2009). Carhartt started as a clothing line for the construction industry and has morphed nicely into a streetwear brand. I'm really into it, specifically their WIP (Work In Progress) higher-end line." – Ben

"Those that know me know that I could have, and should have, put Supreme under all categories because it's what I wear the most. James Jebbia's skatewear brand combines quality that can hold up these NYC streets mixed with the style of the era that I came up in. It's almost a guarantee that everyday I'll have some Supreme on. Whether it's a hat, T-shirt, sweatshirt, or kicks...it's on." – Ben 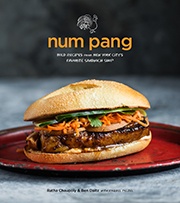