The glistening Pacific embraces the rocky coastline of Central California in one of the most spectacular meetings of land and sea. Back in the day it was called El País Grande del Sur, the Big South Country. Fitting for a simple, but beautiful stretch of isolated wilderness unlike anything I've seen.

Rarely are photos able to do it justice. Especially not mine. I still have a hard time believing how close Big Sur is to Los Angeles. I felt so completely and incredibly far away from the city. Even more so when I realized my cell phone actually didn't get service (except for the small curve in the road near Ventana Inn & Spa). I'd read about this beforehand, but experiencing it is different. And amazing. Plan your agenda ahead of time. Bring a paper map. You'll be fine. You'll probably even love it.

There are crowds of people and a constant stream of cars driving on Highway One, but I could tell most were visiting. I imagine it would be difficult to live full-time on this solitary stretch of land. The few locals I encountered seemed totally Zen, which is how I started to feel after day one. 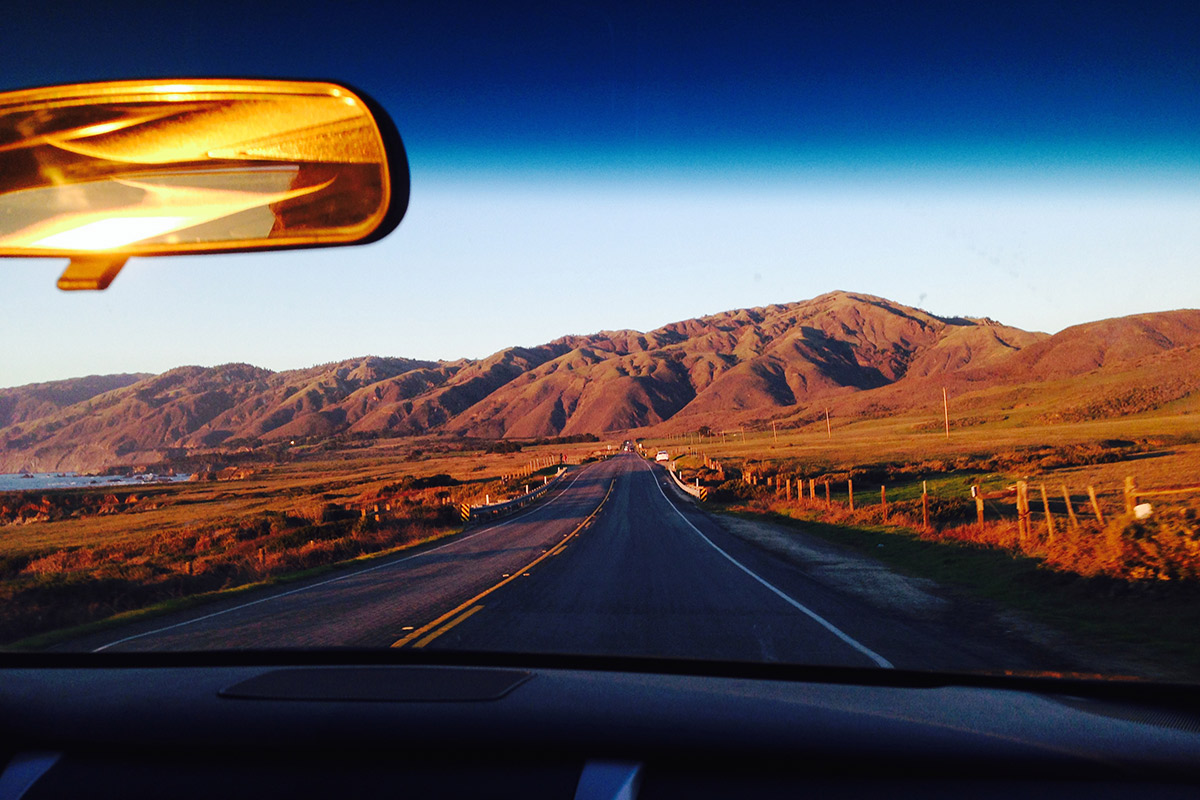 Approaching Big Sur from the south.

My boyfriend and I drove on Highway One, leaving Orange County a bit after sunrise. With a couple of stops, including one for the best burritos in Malibu, and several long stretches of LA's infamous traffic, we arrived as the sun was starting to set. It was an incredible entrance into an otherworldly atmosphere. One I'd recommend, if it weren't for the twisting, jagged coastline and lack of streetlights. You literally can't see a thing, not even the edge of the road, which is often without a guardrail. It was unnerving and exciting at the same time.

Big Sur is an easy place to get your bearings. Highway One is the only road. If the Pacific is on your left you're headed north. If it's on your right, you're headed south. One of most useful maps I came across was a list of the area's businesses, parks, and hotels in the order you see them. You can find it here or pick up a free copy of the local Big Sur Guide when you get there. 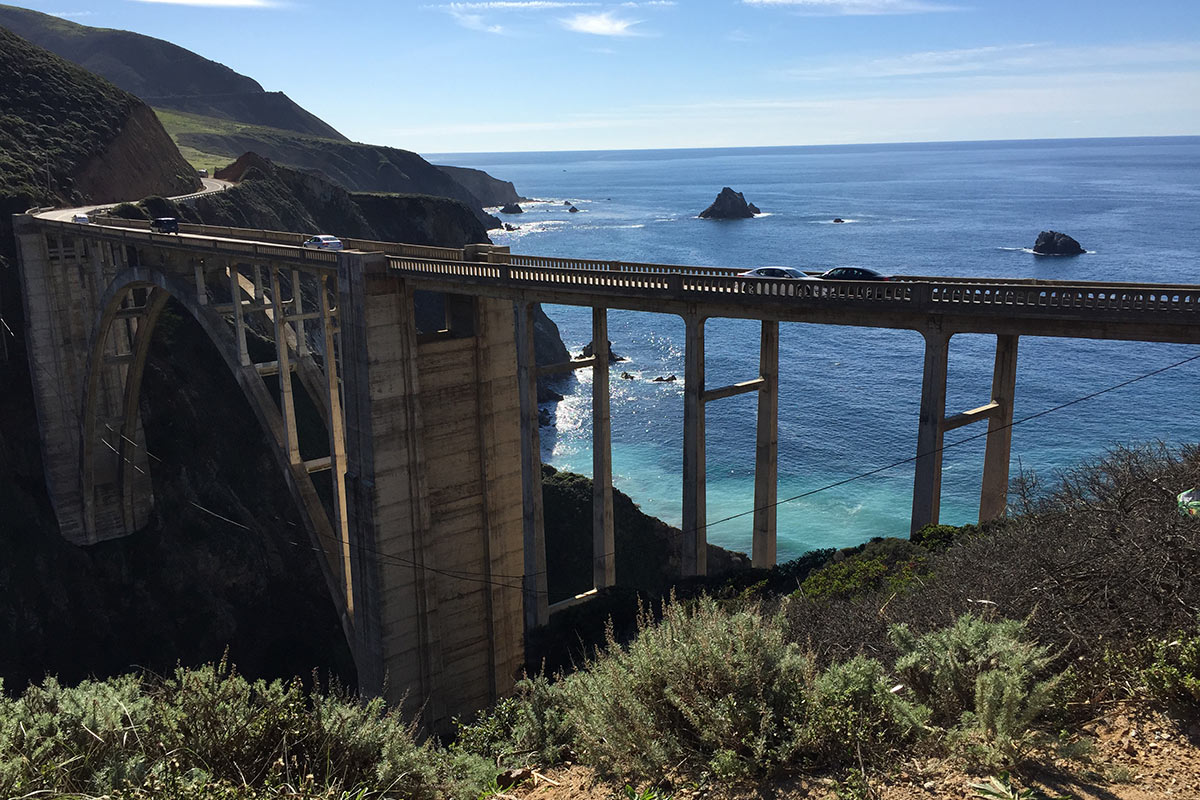 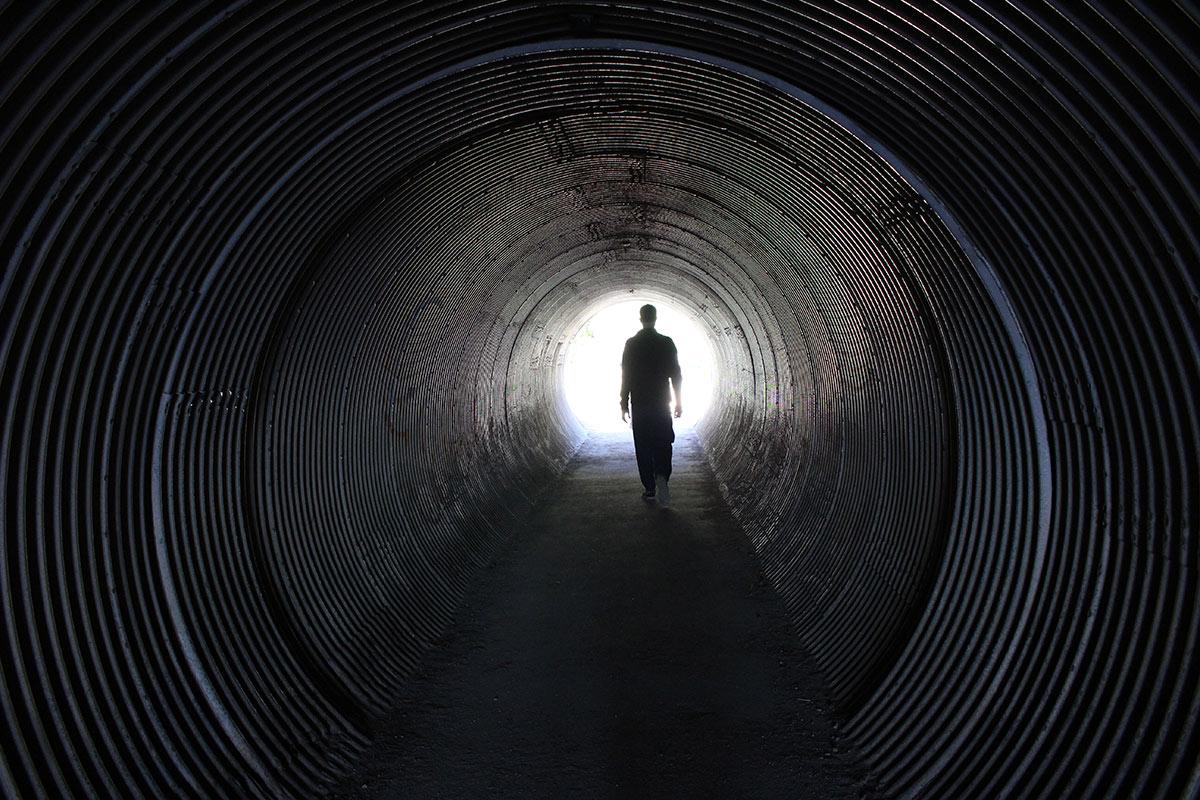 The grand entrance to McWay Falls. 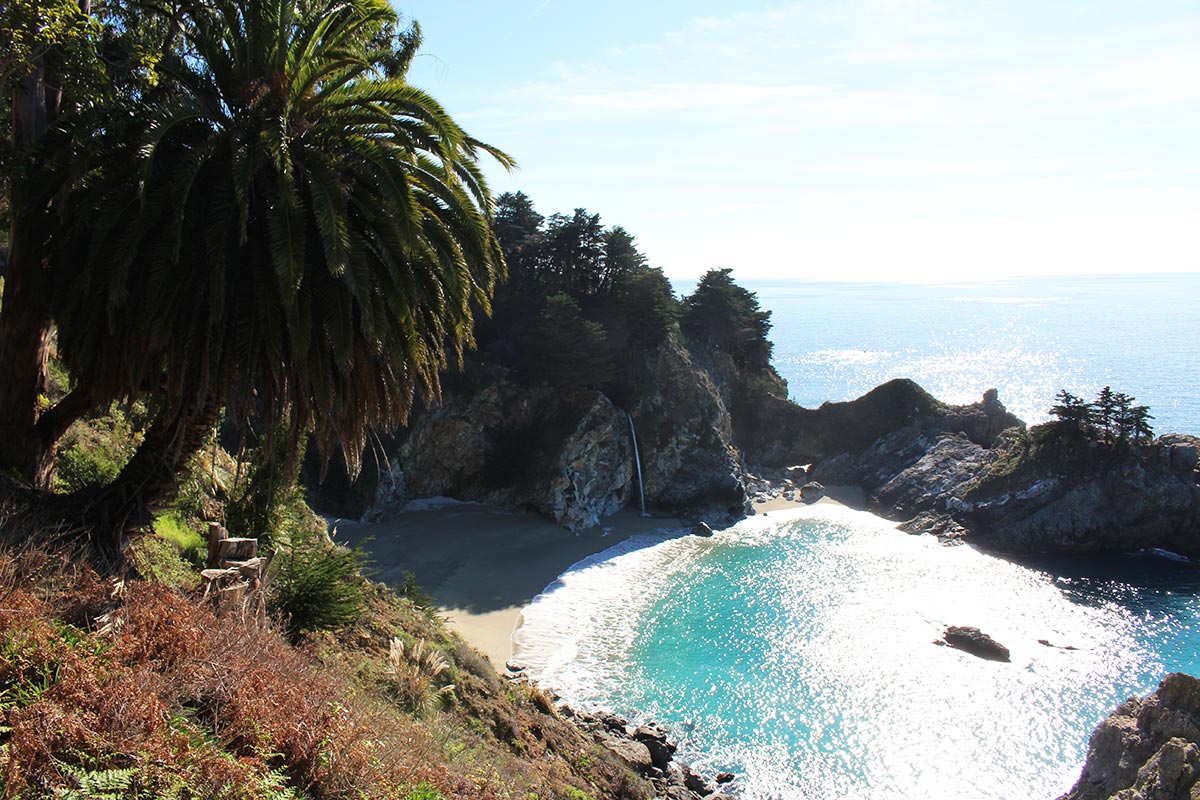 If you made the effort to get to Big Sur, chances are you enjoy being outside. I felt especially starved of nature (that's New York in December for you), which was the impetus for my visit. I was craving tall leafy trees, fresh salty air, and broad strokes of blue and green. We had a limited window of time to knockout a few of the area's highlights.

Bixby Bridge
Arguably the most identifiable point in Big Sur. Most have unknowingly seen it in a few car commercials, and more recently I spotted it in an ad for Cole Haan. I was a bit skeptical at first: Who cares about a concrete bridge? But it's a spectacular site — with the big crowds and selfie sticks to accompany it. Go early for unobstructed views and easy roadside parking.

McWay Falls
There's probably a lot to see in Julia Pfeiffer Burns State Park, but I made a quick stop on my way out for the famous waterfall. At 80-feet high, it's one of the few in the world that empties into the ocean. Or at least it did before a fire and landslide in the '80s altered the topography of McWay Cove. Today it meets the ocean when the tide is high.

Andrew Molera State Park Beach Trail
Easily my favorite excursion of the trip. With a couple of state parks to choose from, we randomly ended up at Andrew Molera State Park with hopes of making our way to one of the remote beaches. Because it was the off-season, we started our hike by wading through an icy cold stream of running mountain water. If you're lucky enough to visit during the spring and summer, there will be a small bridge set up. From there, we traveled on the beach trail through towering trees and fields of greenery with the faintest sounds of waves crashing in the distance. Peaceful and easy, with a nice reward at the end.

Esalen Hot Springs
Probably my biggest disappointment was not being able to make a reservation for the midnight baths overlooking the Pacific. But it wasn't from a lack of trying. The cliffside hot springs have been in use for over 6,000 years and the site was the first tourist destination in the area. Reservations are accepted over the phone starting at 9a.m. the day of. I got a busy signal for a good hour or so. Eventually we drove down, only to find out that they were full by 10a.m. If this is on your list of must dos, book an appointment for one of Esalen Institute's massages, which comes with access to the baths.

Next time I'll do the full loop at Andrew Molera State Park, make time for wildflower and California condor spotting on Tanbark Trail, and tour the historic Point Sur Lightstation. 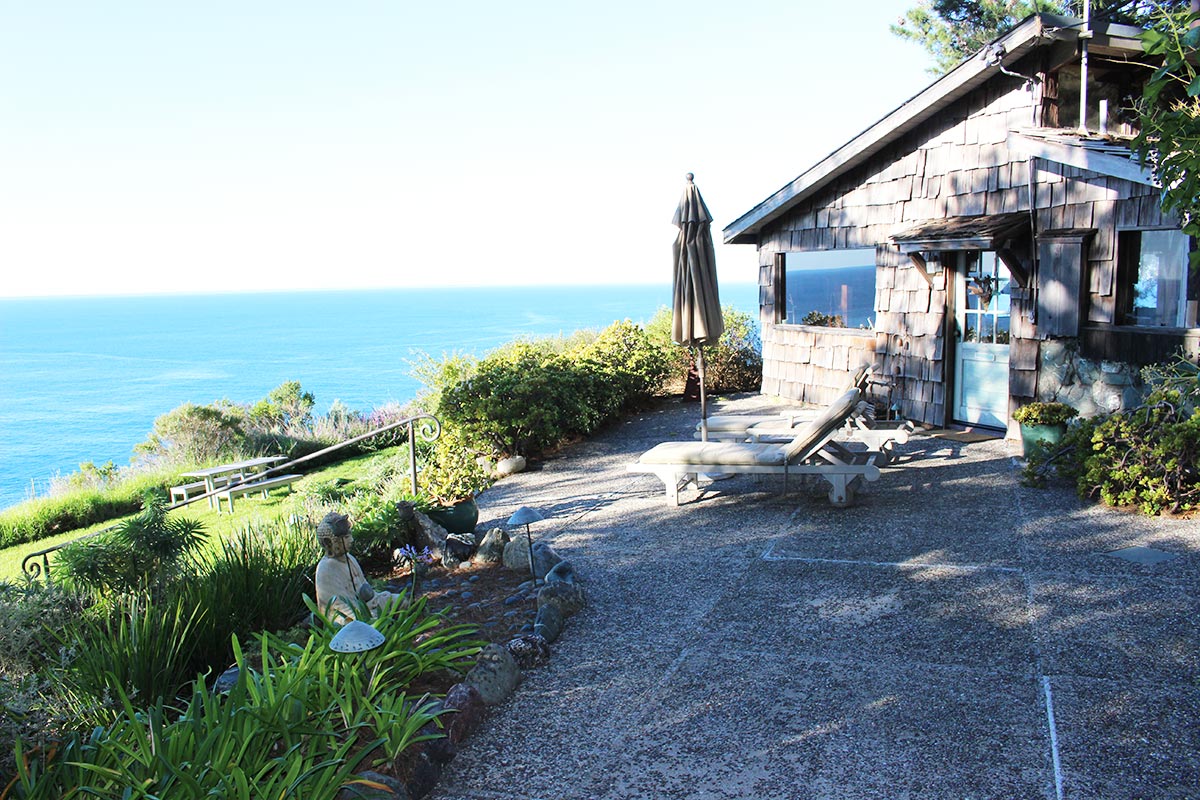 Did I mention we booked our visit totally last-minute? We drove up a few days after Christmas, during the height of holiday season. Openings were sparse — so much so that I'd all but given up hope on finding somewhere to stay. A cabin rental finally came through and we couldn't have been happier. The Gallery House is owned by a sweet couple who live next door in a private home. They weren't in town while we visited but were very accessible and helpful in planning our trip. It was the perfect outpost for a long weekend: views of the Pacific from our bedroom, a small kitchen, central location.

Lodging options range all the way from super luxurious retreats to basic campgrounds. Next time I'll book way in advance so I can stay at Deetjan's Big Sur Inn. It's very affordable, has the best breakfast in town (more on that later), and is one of Big Sur's oldest hotels. For modern cabins, try Glen Oaks Big Sur. And for a luxurious spa-like vacation, head to Ventana Inn & Spa or Post Ranch Inn.

You'll find everything from casual roadside burrito counters to a four course-tasting menu overlooking the ocean.

Breakfast at Deetjan's Big Sur Inn was far and away our favorite meal. We love it so much, we went two days in a row. Classic American cuisine with a California twist is served from one of the small buildings at the front of the inn. It's all dark wood and knickknacks and a mismatched collection of blue and white china. Dried flowers cover the walls. It feels like you're in the cozy home of someone's grandparents. Go for the half order of eggs Benedict or huevos rancheros. Their dinner also comes highly recommended.

Lunch tends to be a more casual affair. For roadside burritos to-go try the counter at Big Sur River Inn.

Reservations for dinner are a must; most restaurants book up a few days in advance. Big Sur Roadhouse and Big Sur Bakery both made for nice dinners. Next time I'd love to try The Restaurant at Ventana for their use of seasonal ingredients and view of the ocean. 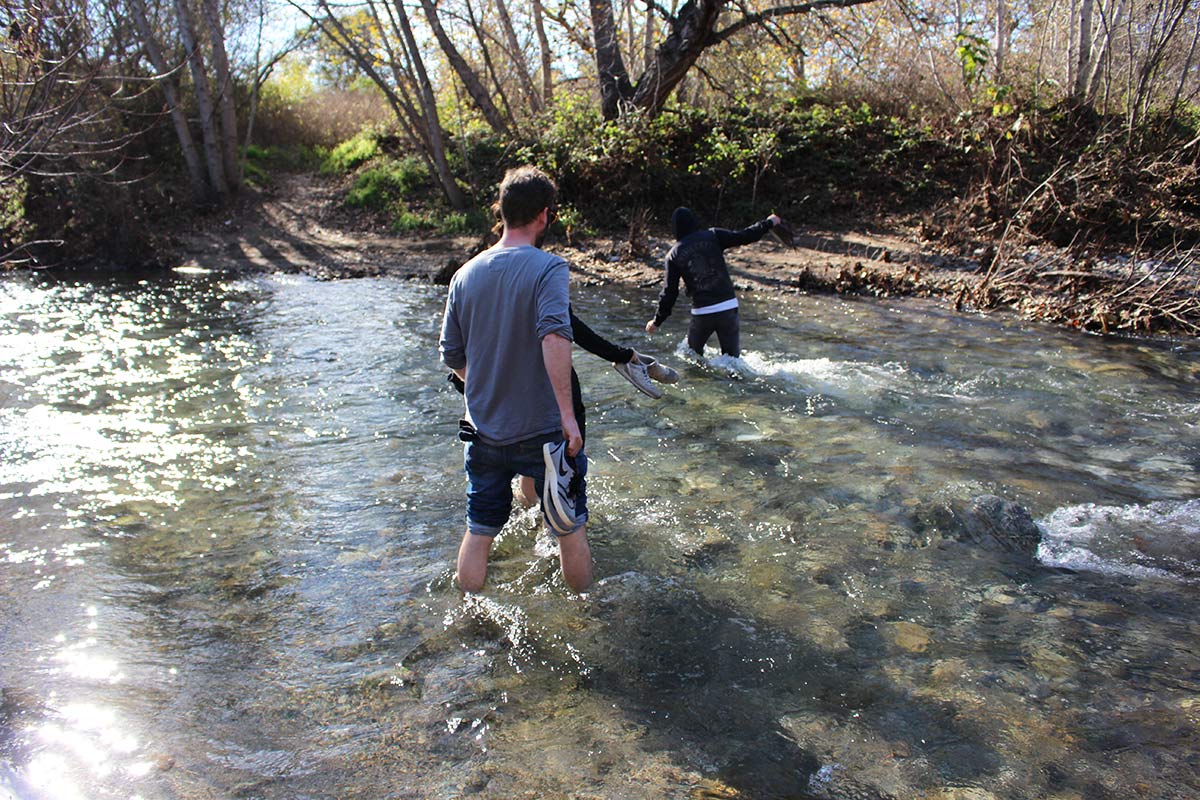 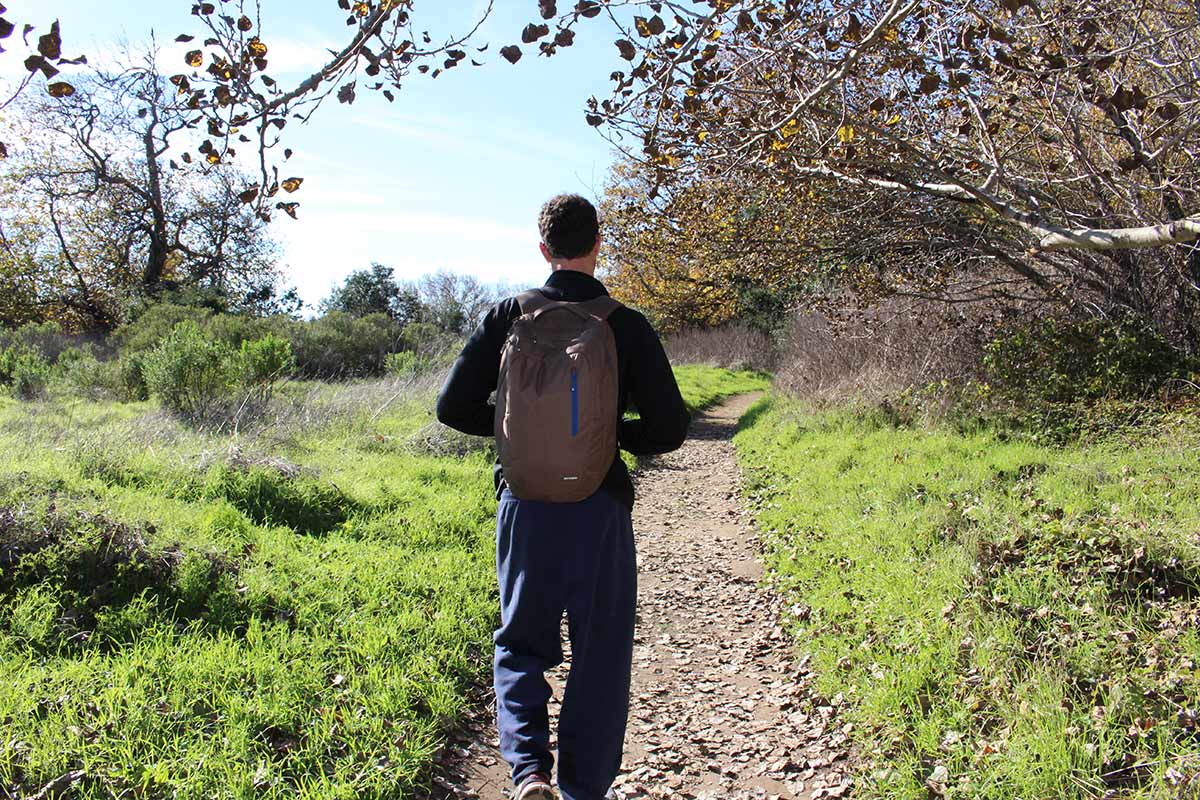 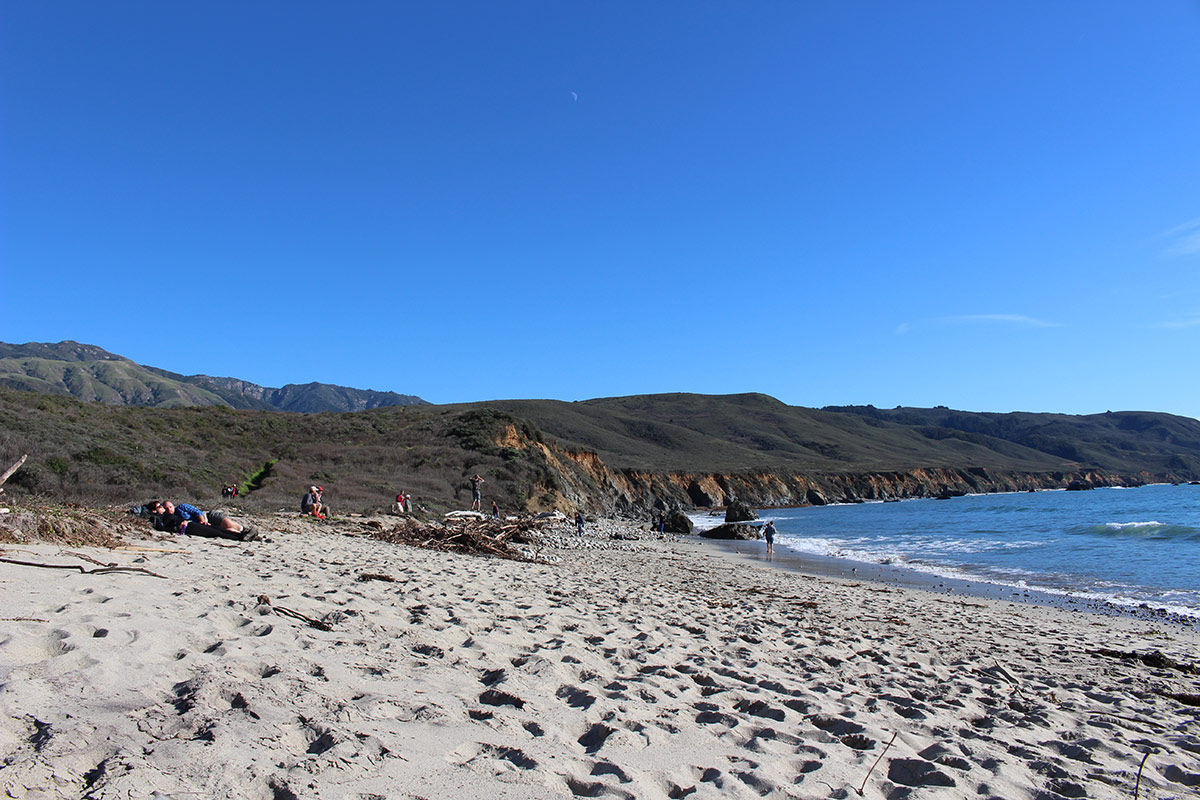 A nice reward at the end of the road.

Big Sur is only accessible by Highway 1 and the easiest and best way to get there is by car.

From San Francisco, take US-101 south to CA-156 west, which merges with Highway 1 20 miles from the beginning of Big Sur. It's about a two-three hour drive.

From Los Angeles, take US-101 north and exit onto Highway 1 toward Morro Bay/Hearst Castle, which is 45 miles south of Big Sur. It's about a four-five hour drive.

A car is the best way to get from one point to the next in Big Sur. The Monterey-Salinas Transit route 22 bus is another, but limited option. 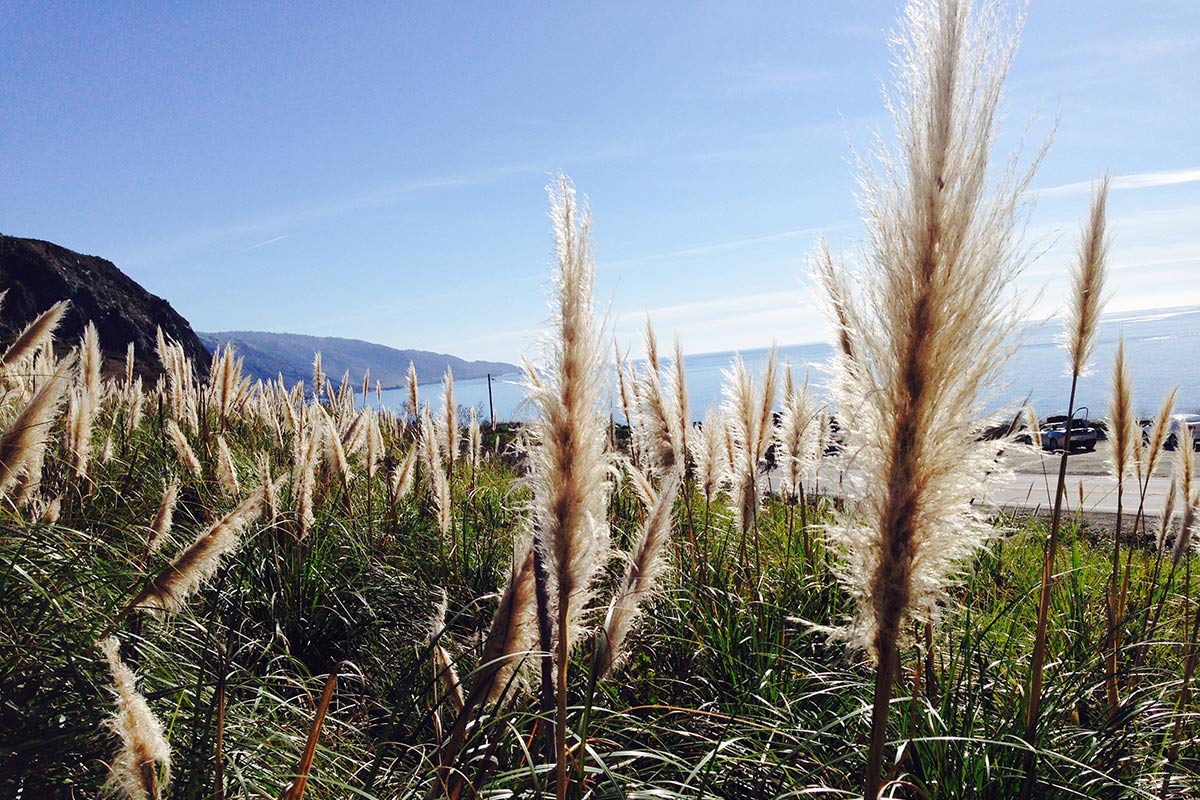 A departing shot on the way out of town.

Big Sur is beautiful year-round. Peak months are April to October, when the weather is warmest. The rest of the year sees occasional rain, which can sometimes close key road entry points. Most businesses are open through the year.