Fathom editor Berit Baugher secures the hardest reservation in Kyoto — a ticket for two to an ancient zen temple and stunning moss garden at the foothills of Mount Arashiyama.

KYOTO – When I'm making travel plans, there's nothing that motivates me more more than being told "no" to a request — like getting a ticket to a can't-miss event or securing reservations at a noteworthy restaurant. The slightest sign of a challenge becomes the driving force behind my all-consuming quest.

While researching my trip to Kyoto (Japan's imperial capital and the birthplace of Nintendo), I started feeling overwhelmed. In a city with thousands of beautiful temples and shrines, how was I supposed to pick just a handful to explore on my three days in town? Fifteen years after my first visit, I was returning as an adult with vague, but happy memories of being a moody, jet-lagged teenager captivated by the city's peaceful demeanor, stepping-stone paths, and intricately raked sand gardens. I wanted another memorable visit.

A few weeks before my trip — three to be exact — I started scanning my favorite travel blogs and websites to help construct a list of places to see, foods to eat, and shops to visit. Kinkaku-ji Temple (the city's iconic Golden Temple), Arashiyama Bamboo Grove, and Fushimi Inari-Taisha were well-documented and recommended, but it was Saihō-ji Temple, a mysterious Zen Buddhist temple at the foothills of Mount Arashiyama, that really piqued my interest. 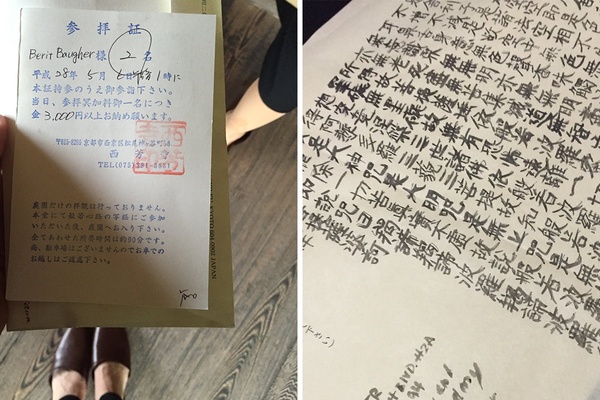 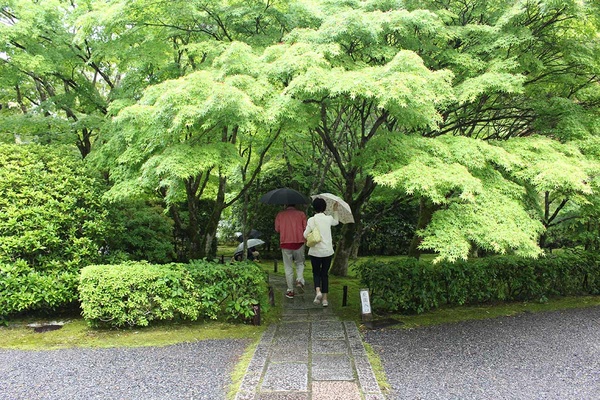 Originally the site of Prince Shotoku's villa, Saihō-ji was converted into a temple that fell into disrepair. In 1339, the famous Japanese gardener and monk Musō Soseki was called in to revive the grounds and convert them into a Zen temple. Saihō-ji became known for its stunning moss-laden garden. There are various accounts of how the moss (there are over 120 different varieties) came to be, but the story I came across most frequently states that during the Meiji era (1860-1912), when the monastery was unable to afford maintaining the temple, the garden was naturally overtaken by a layer of delicate greenery.

Kokedera ("moss temple"), as Saihō-ji is more commonly known, is one of — if not the most — difficult reservation to secure in Kyoto. Foreigners who wish to see the temple and grounds must navigate a tricky process, one they usually don't know about until it's too late. First, you write a letter requesting a visit and include three available dates. Within your letter you must enclose a self-addressed postcard to a Japanese address with a Japanese stamp. Then you wait to see if you've been granted permission to visit. Not an easy task for someone without access to Japanese stamps, a Japanese address, or the time needed to correspond by snail mail with monks in Japan. Unsure of where I would be staying, the process felt daunting. Once I realized my visit coincided with Golden Week, a cluster of national holidays when domestic tourism is at an all-time high in Kyoto, it felt even more impossible, but I was determined. Kyoto's famous moss temple had officially risen to the top of my must-visit list. 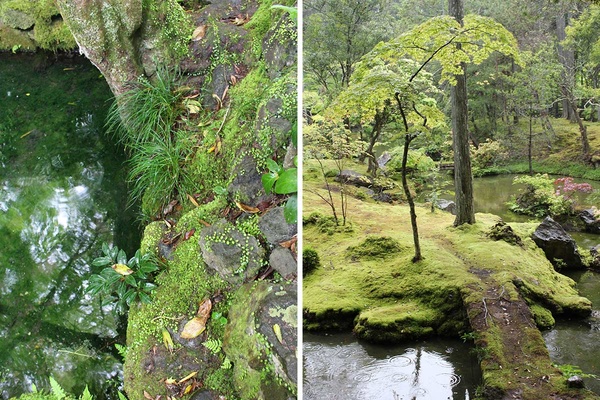 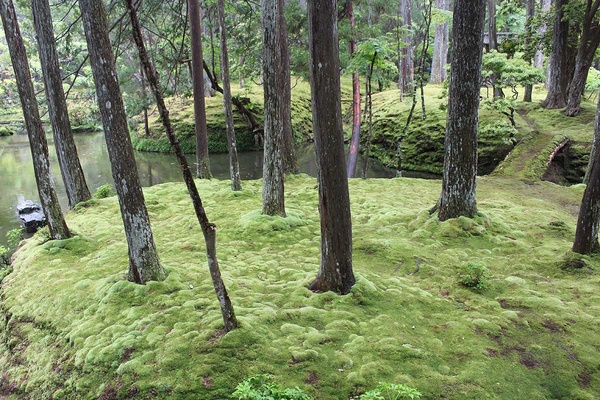 I reached out to a website that charges a small fee to facilitate tickets for foreigners to see if they might be able to help, but alas I was told what I had already deducted from my research. A last-minute reservation during peak season would be all but impossible. (It's recommended that you request tickets at least three months in advance.) Next, I started considering places to stay with the hope of gaining access to a knowledgeable and resourceful concierge. Another hurtle given the holiday season. The smaller, charming ryokans I assumed I would stay at were booked and the apartment rentals I came across were not appealing. The other obvious (and more expensive) option was to check-in to the city's nicest hotel, The Ritz-Carlton, Kyoto, which turned out to be a blessing. Not only did I fall head over heals in love with the elegant hotel, but their concierge managed to pull off the impossible.

I sent an email asking the concierge to contact Saihō-ji on my behalf, and was told it would be very, very difficult. I didn't hear anything else after that. By the time I arrived in Kyoto, I had resigned myself to the fact that the moss temple wouldn't be on my agenda. At check-in, to my surprise, I was presented with an envelope containing a ticket for two to visit the city's impossible-to-get-into moss temple. 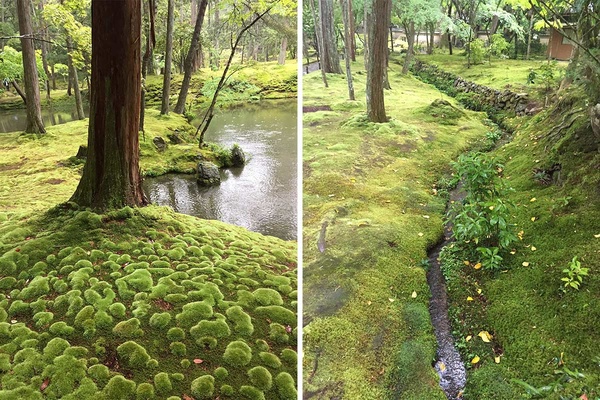 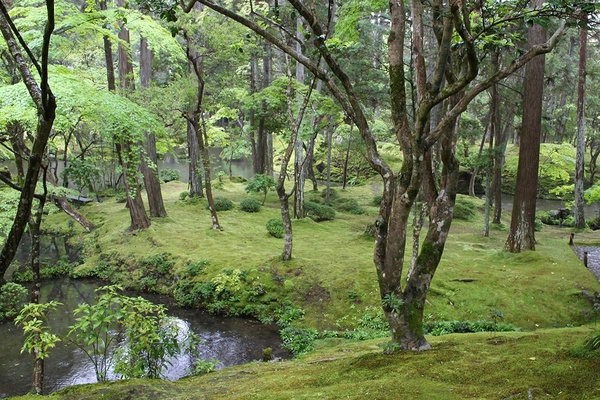 My experience at Saihō-ji was every bit as magical as I had envisioned it to be. Located on a sleepy residential street on the eastern side of town, the temple is surrounded by a moat (of course) with a gate and a guard. It was raining when my boyfriend and I arrived, and the mysterious grounds were encompassed in an ethereal mist.

We were quickly ushered into the compound and directed to the temple where other visitors were removing their shoes and putting on the provided slippers. I paid the ¥3,000 per-person fee and was directed to a room where guests participate in the observances of kito and shakyo (the chanting and copying of Buddhist scriptures or sutra). Guests sat a small desks, carefully tracing a Buddhist prayer with a calligraphy brush and ink. After a quarter of an hour, a monk came into the room to lead us in a twenty-minute round of sutra chanting. Though I had no idea what anyone was saying, it was a lovely, transportive experience (and all-in-all, it lasted less than an hour). Only after the chanting and caligraphy was I able to enter the garden, a stunning site that was worth every bit of effort it took to get there. I won't try to describe the beauty of Saihō-ji, because neither words nor photographs can do it justice. Just know that it was more than I could have imagined.

If you have the will to see it when you are in Kyoto, I encourage you to find a way.

Your best bet for securing tickets: Upon booking, ask your hotel staff to write a request to Saihō-ji Temple on your behalf.