Fathom editor Berit Baugher checked into The Ritz-Carlton Shanghai, Pudong, a luxurious hotel with an incredible view of China's most populous city.

Thanks to 24 million inhabitants and an ever-evolving skyline, Shanghai is a city in constant motion. The frenetic pace is felt immediately upon arrival — its sheer size and speed is exciting and jarring — which is why choosing a hotel that feels like a safe haven and reprieve from the craziness is very, very important.

I checked-into The Ritz-Carlton Shanghai, Pudong, an ultra-modern, glam escape with a 1930s twist, in the heart of Lujiazui finance and trade zone. It was a welcome respite from the pace outside and served as an excellent home base for exploring the futuristic city.

Located on the top eighteen floors of a 58-story skyscraper, the views are jaw-dropping and showcase the vastness of Shanghai, something impossible to consider from ground level. I couldn't resist stepping out onto the outdoor balcony at Flair Rooftop Restaurant & Bar for a photo op with the iconic Oriental Pearl Tower and sprawling city in the background.

The hotel has everything a posh brand like Ritz-Carlton is expected to have: beautiful indoor heated pool, 24-hour fitness studio with city views from every machine, private dining rooms and meetings spaces, and a serene spa.

After nearly 24 hours of solid travel, I was tempted to climb into my luxurious bed and call it a night in the middle of the day, but my pre-booked jetlag recovery massage was already scheduled. It forced me to stay awake through the afternoon and even helped me power through an early dinner. They say beating jetlag is all about making it through that first day. The spa was just the distraction I needed. 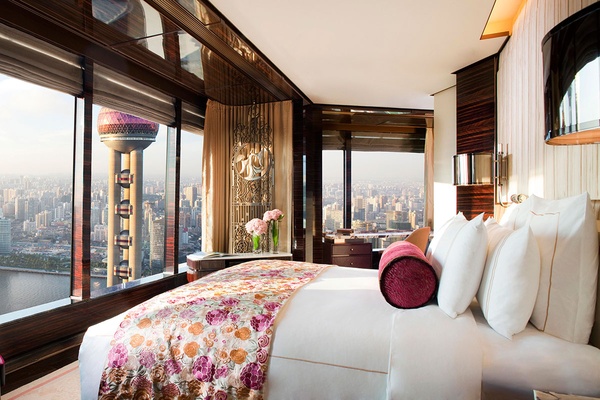 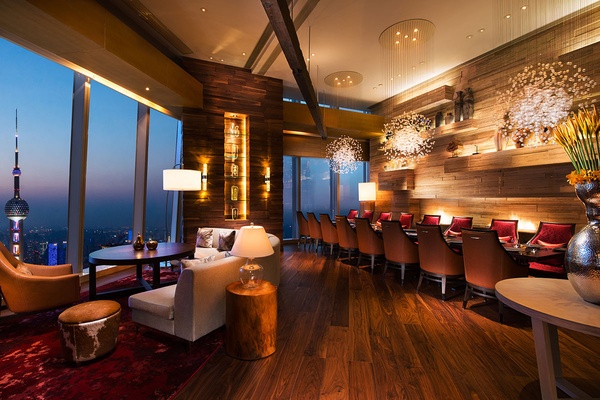 There are many great places to eat in Shanghai, but it's nice to know that the hotel has four solid options that range from Italian to traditional Cantonese. Flair Rooftop Restaurant & Bar was by far my favorite dining experience. During warmer months, the outdoor patio is China's highest al fresco dining option. The restaurant's elegant interiors were designed by Japanese firm Super Potato (a personal favorite). The menu features a hit list of Pan-Asian dishes, including a delicious Thai beef salad with chilli ginger dressing and a perfectly roasted Malay-style chicken.

Breakfast is served buffet-style in two of the hotel restaurants and features a line-up of traditional American fare, like made-to-order omelets and fresh fruit, and exciting Chinese options, like a flavorful noodle soup and dim sum.

The afternoon tea at Aura Lobby Lounge is something everyone should do — even if  they are not hotel guests — if only because the pastry version of Shanghai's famous skyline is fun to look at.

This Place Is Perfect For ...

Those who want a luxury hotel in the city's financial center. 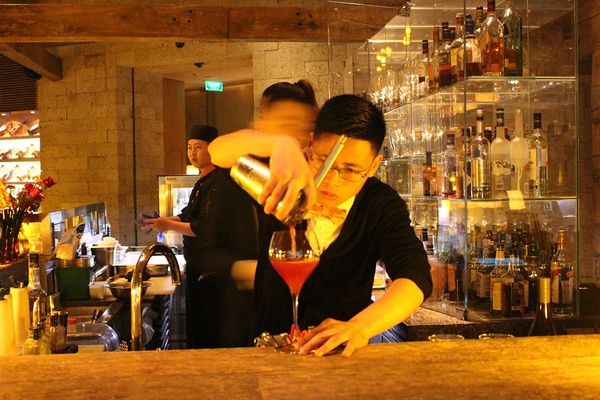 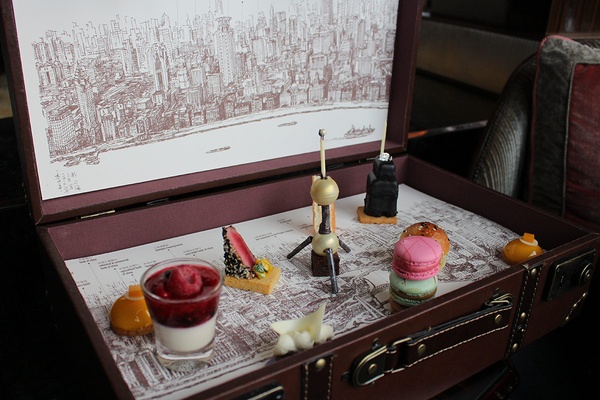 The Shanghai skyline in pastry form. Photo by Berit Baugher.

Shanghai is divided into two sections: Puxi is considered the more traditional "old city" side, while almost everything in Pudong, the city's financial hub, has been built in the last 25 years.

I was lucky enough to try out the hotel's new "This is Shanghai" experience and thought it was an excellent way to see the city for the first time. During the three-day tour I walked the Bund with a local historian, ate soup dumplings in Yu Garden, visited the atelier of a local designer, spent a day exploring the ancient water town Zhujiajiao Village, and had a private Tai Chi lesson with a third-generation master. It was an ideal mix of old and new Shanghai and all the logistical heavy lifting was done for me. 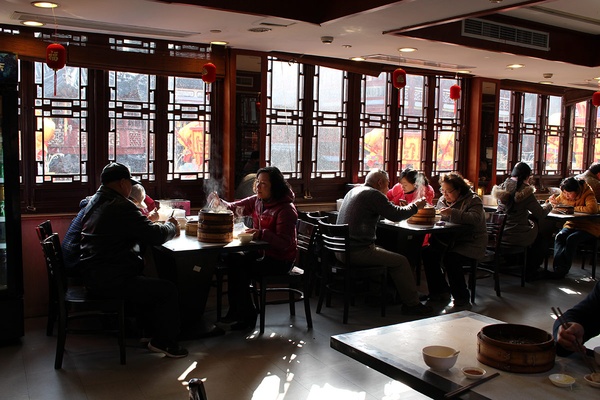 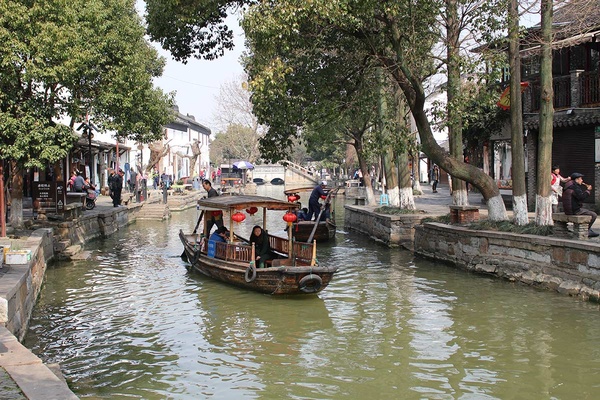 Shanghai Hongqiao International Airport (SHA) is the closest airport and a thirty-minute drive from the hotel. Shanghai Pudong International Airport (PVG) is the city's primary airport for international flights and a forty-five minute drive from the hotel. It services airlines like Cathay Pacific Airways, which offers daily non-stop service to Hong Kong from Boston, Chicago, Los Angeles, Newark, New York, San Francisco, Toronto, and Vancouver. From Hong Kong, it services Shanghai with 10+ flights per day.

As of March 2016, China requires visitors from the United States to obtain a travel visa before entering the country. Hotel and flight details should be confirmed prior to applying. I needed to fast track my visa and used CIBTVisas to turn it around in a little over a week.

Similar to large cities like New York or London, a rental car is not needed, or advised, to get around Shanghai. The city's public transportation system is vast and efficient, but using taxis and Uber is the easiest option. They're inexpensive and readily available.

Plan ahead if you will be traveling by car during peak traffic hours — it can take double or even triple the amount of time to get anywhere.

To help navigate the language barrier, it's a good idea to stop by the concierge desk on the first floor and pickup a hotel card. These are business cards with the hotel address that are designed for sharing with taxi drivers or anyone you may ask for help with directions. The concierge will also print out site-specific details for your destination so there are no misunderstandings when communicating with locals.

The Great Firewall of China

In an attempt to regulate the world wide web in Mainland China, the Chinese government has screened and blocked content from many popular websites, including Google (yes, that means Gmail too), Facebook, Instagram, and The New York Times. To get around the firewall you will need to download a Virtual Private Network (VPN), like Whale VPN or Betternet. A VPN renders your phone defenseless against hackers, so it's important to remember not to access your financial accounts or conduct any sensitive business while you have it turned on.

Finding Inspiration in Shanghai's French Concession
Shanghai Nights: The Good, The Bad, and The Ugly
Shanghai: 12 Things to Do, Not Do, and Maybe Do